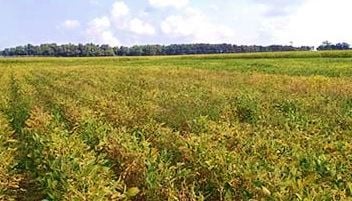 Sudden death syndrome causes annual losses in U.S. soybean yields in excess of $274 million. Managing the disease might be a matter of timing, according to recent research findings at Michigan State University.

Researchers compared how the fungus F. virguliforme – which causes sudden death syndrome – interacts with both soybean and corn crops. They studied why corn remains healthy despite fungal invasion.

Corn and soybeans are often rotated on the same land to prevent sudden death syndrome from spreading. But the strategy doesn’t stop soybeans from being affected by the fungus, said Amy Baetsen-Young, a former doctoral student in plant soil and microbial sciences at Michigan State University.

“We used that observation as our starting point to look for genes that allow corn to show no disease symptoms to the same fungus that debilitates soybeans,” she said.

The research team took a big-data approach to compare if and how corn and soybeans mount their defense responses when facing the fungus. The researchers found that when the crop mounts a defense response is crucial to maintaining health. Soybean defenses increase seven days after the onset of the fungal invasion, at which point the fungus is in damage mode. Corn defenses take action two days after invasion, which slows the growth of the fungus before it turns damaging.

“Our data also suggest that the fungus is associated with senescence in soybeans,” Chen said. “Although we see senescence in infected soybeans, we aren’t sure if the fungus triggers the soybean to mature so the fungus can grow or if senescence is simply a symptom that appears as the disease develops.”

The research team found that fungal infestation triggers different genetic responses in both crops. The fungus might manipulate the hosts’ metabolism to cause cell death, according to the researchers. The study recently was published in “The Plant Cell.” Visit academic.oup.com and search for "Amy Baetsen-Young" for more information.

Cooperative Network recently elected a new nine-member board of directors. The directors will help guide future activities of the organization…

Demeter is an organization serving students in the University of Wisconsin-Madison-College of Agricultural and Life Sciences. It provides fina…

Scientists have discovered a signal that causes roots to stop growing in hard soils. That signal can be “switched off” to enable roots to punc…

Sempra Energy and the Salk Institute recently launched a project to advance plant-based carbon capture and sequestration research, education a…

CIBO and Peoples Company recently agreed to offer carbon credits on more than 20,000 acres of managed land. Through the partnership Peoples Co… 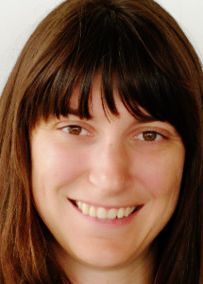