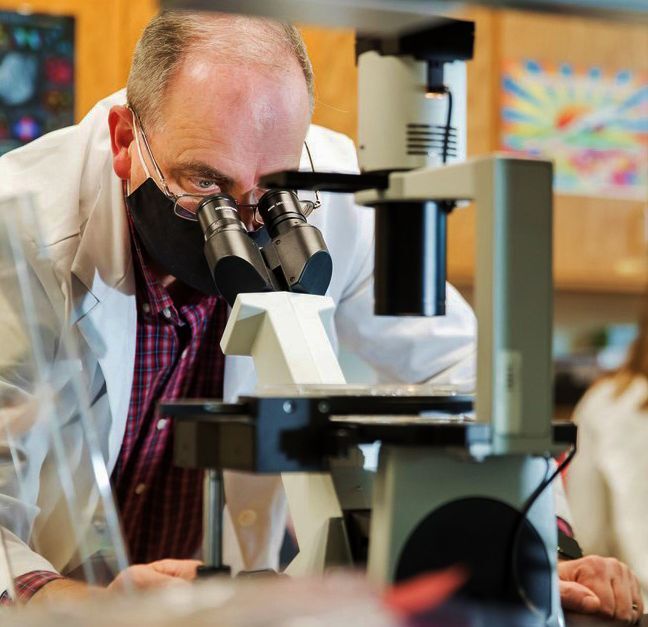 Patrick Burns, a biology professor at the University of Northern Colorado, is studying how omega-3 fatty acids fed to cows could result in more successful pregnancies.

Fish byproducts rich in omega-3 fatty acids are being studied for their potential to improve reproduction in dairy cows and beef cows. Omega-3 fatty acids could extend the window of time for slow-growing embryos to be recognized, resulting in more successful pregnancies, according to researchers at the University of Northern Colorado.

“There's a critical window following mating that involves communication between a developing embryo and the mother,” said Patrick Burns, a professor of biology at the university. “Reproductive biologists refer to this window as maternal recognition of pregnancy."

But sometimes there's miscommunication between the developing embryo and the mother. That results in the corpus luteum dying, progesterone levels declining and loss of pregnancy. Omega-3 fatty acids could extend the window of time for embryos to be recognized, resulting in more successful pregnancies. An increase in pregnancy outcomes after supplementation of omega 3-containing fish byproducts to the diet has been documented, Burns said.

“We're interested in fine-tuning the mechanisms to make it even more efficient," he said.

Because the embryo develops slowly the mother cow doesn't recognize she's pregnant so she naturally signals the uterus to kill the corpus luteum gland. That resets her cycle and inadvertently also kills the embryo. The uterine hormone that ultimately kills the gland and the underdeveloped embryo is prostaglandin. Supplementing omega-3 fatty acids appears to shield the gland from prostaglandin.

Increasing pregnancy outcomes by 10 percent would translate to an increase in profitability for dairy farmers, Burns said.

Burns and his team recently were awarded a four-year $500,000 grant for the project by the U.S. Department of Agriculture’s National Institute of Food and Agriculture. Visit unco.edu for more information.

Patrick Burns, a biology professor at the University of Northern Colorado, is studying how omega-3 fatty acids fed to cows could result in more successful pregnancies.