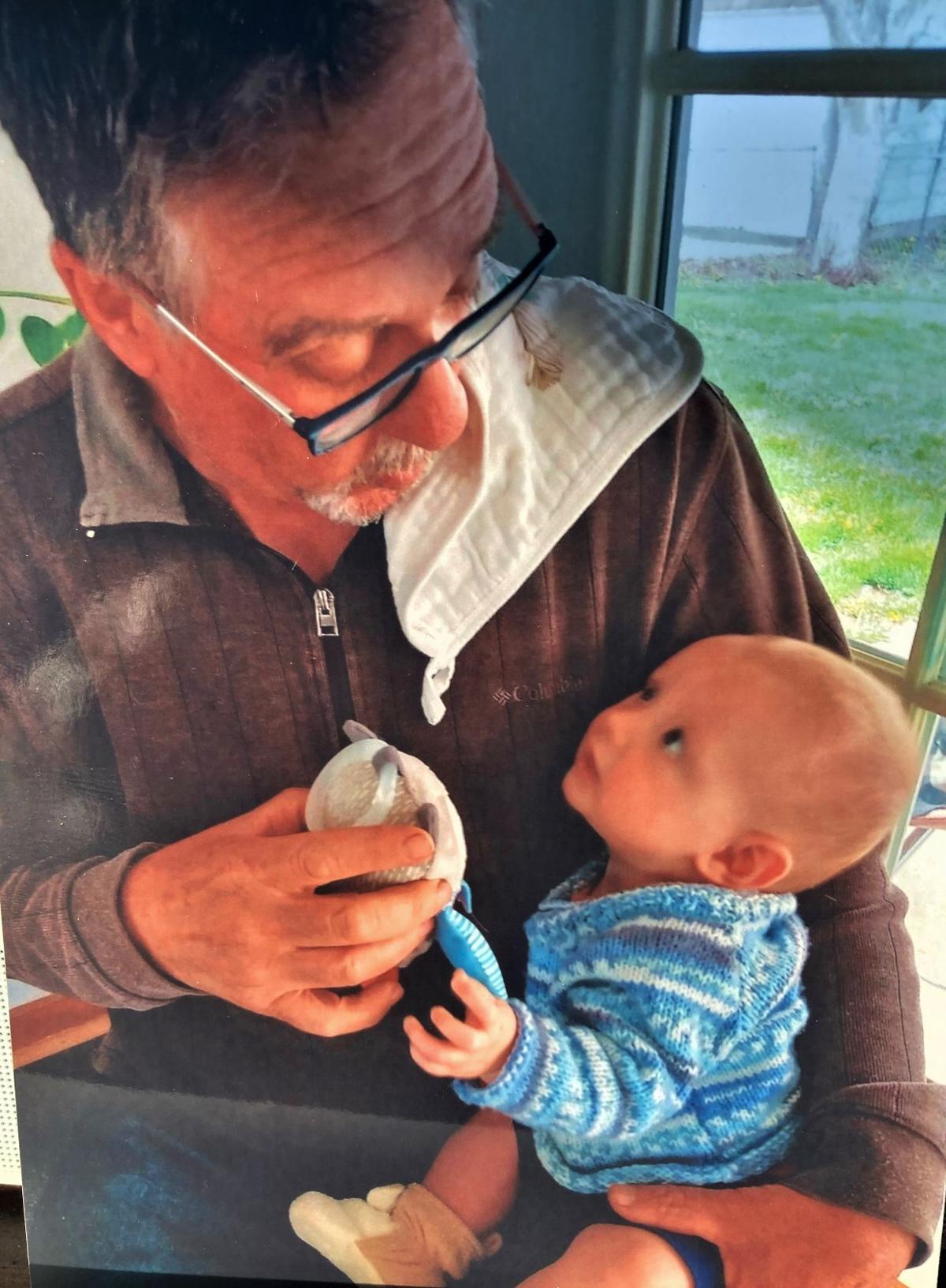 Greg Galbraith learns that making connections is a lifetime journey, when he meets his new grandson. 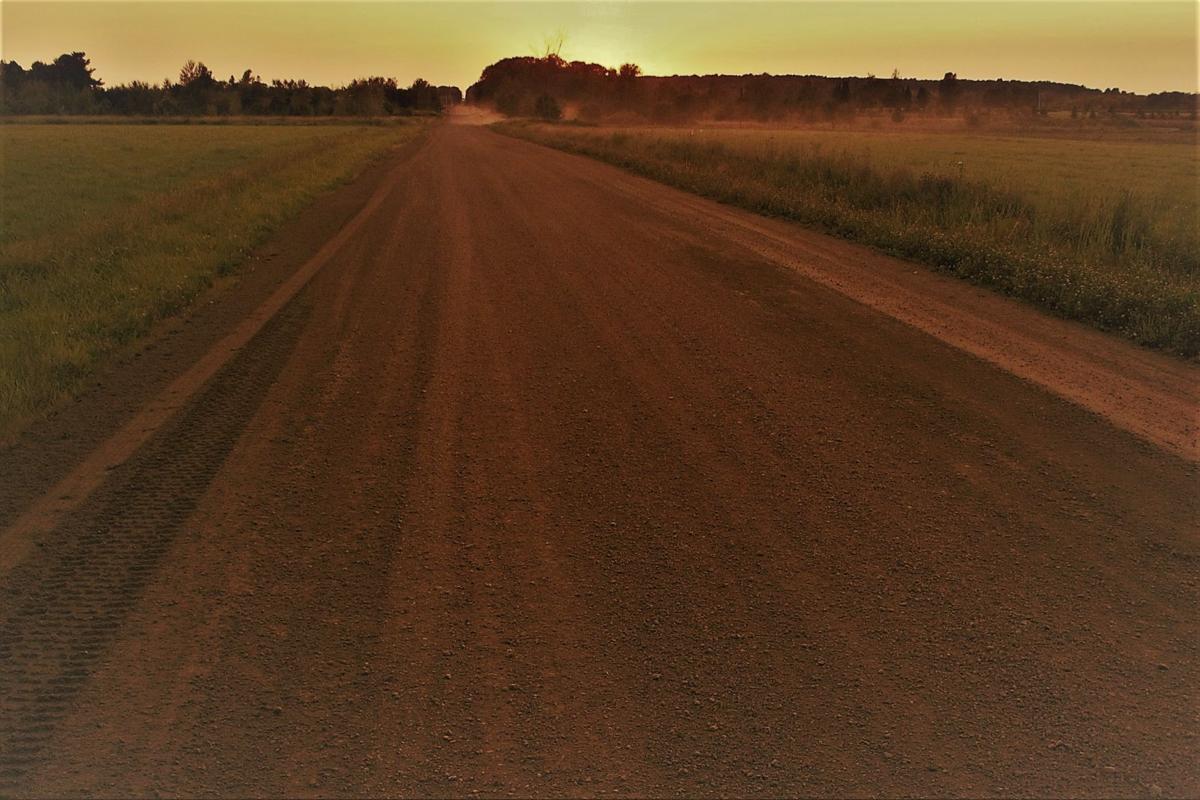 A willingness to venture on to any country road and connect with those who farm the land has allowed Greg Galbraith to meet a variety of characters along the way. 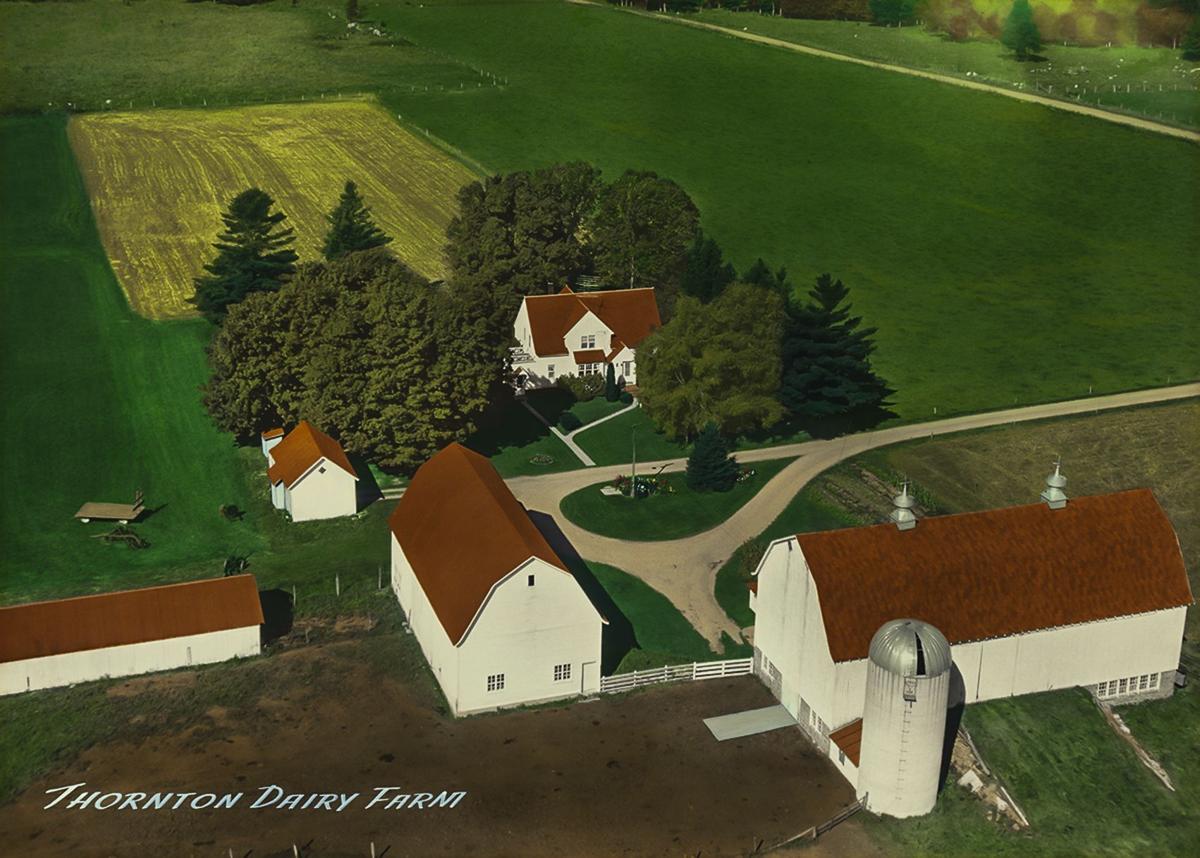 Ancestral dairy farms such as this one owned by Greg Galbraith's great-uncle formed his early connections to those who farm the land. 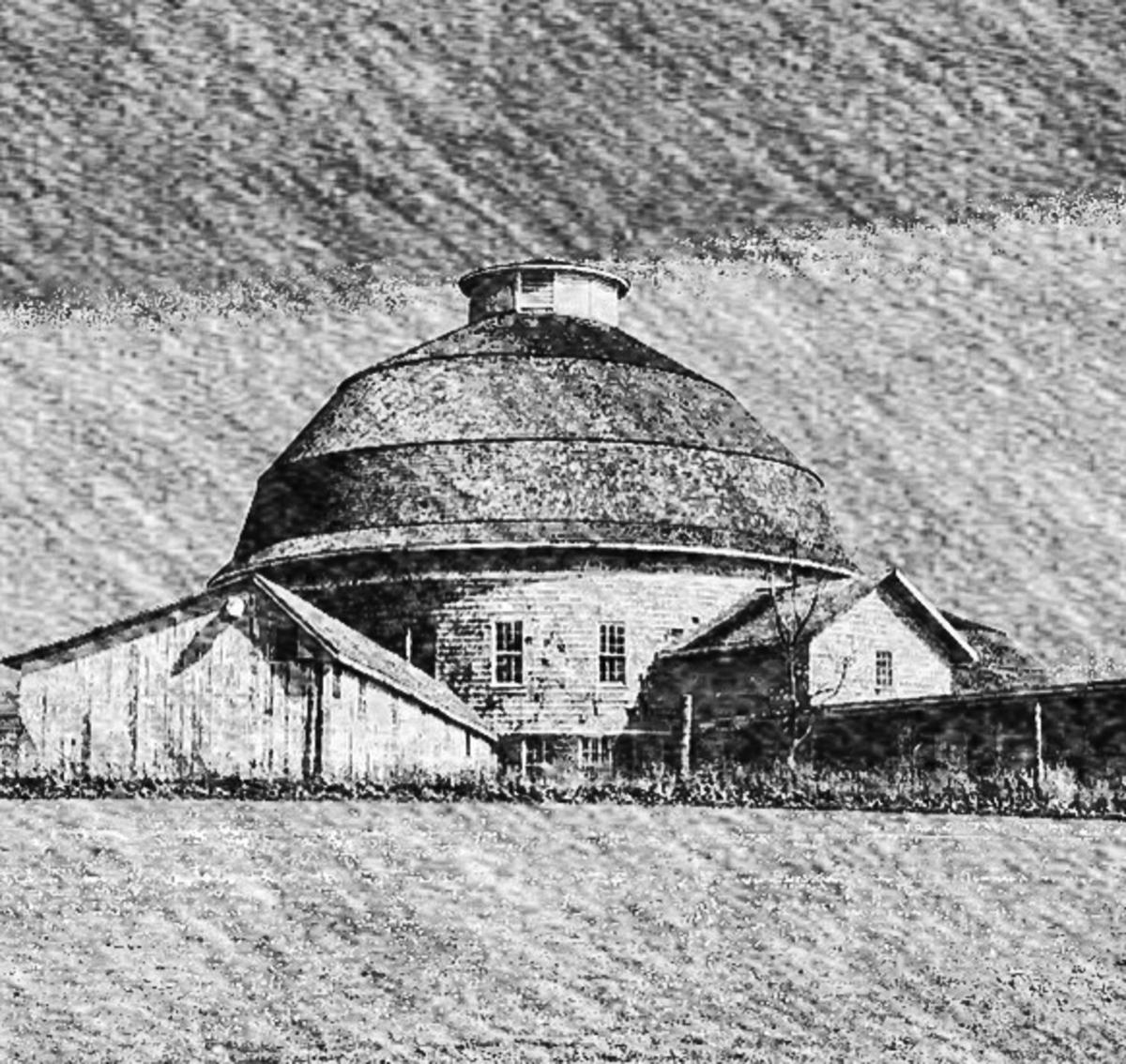 Greg Galbraith credits many characters along the way for making a lasting impression on him, including Virgil who showed him how to care for the cattle at the University of Illinois iconic round barn.

It’s in the brief bio that follows my column writings. “Greg Galbraith has built a lifetime connection to the land and those who farm it.” Is that really true? My mind took a little jaunt to the past.

Perhaps it was on a hayrack following the New Holland square baler pulled by my grandfather with his Oliver 60 row-crop tractor around a field of raked clover-timothy hay. I stood on that hayrack with the soles of my city-kid tennis shoes planted to the worn wooden floor that lurched to the rhythm of the baler’s steel plunger packing the chamber with hay. I dragged as many bales from the baler chute as my 9-year-old body could handle, trying to make it look effortless, and then stacked them on the lower tier of the flat rack. My great-uncle – my grandfather’s brother who farmed across the road – did the bulk of the work He stacked the rack just so with the correct amount of each bale overhanging the edge of the rack to maintain a balanced load.

Perhaps it was reinforced in the country church my ancestors founded. There I stood next to my grandfather, watching as he leaned forward with his work-worn hands stroking the patina along the back of the cracked oak pew in front of him. I didn’t know it at the time but I was making connections that would endure for many years – possibly the rest of my life.

Jumping to my college days, the connection continued when I discovered the University of Illinois dairy farm. That’s where I met people like Virgil and Ray. Virgil showed me the ropes of caring for the small herd of fistulated dairy cows in the college’s iconic round barn. He showed me how to create a system for returning the cows to their stalls after milking. They circled the walkway of the barn while a slight ooze of rumen fluid leaked from around the plugs on the side of their expansive girths. A few years later at a farm-employee cookout Ray, the farm manager, gestured toward me with his cheek bulging with a fresh wad of Red Man chaw. He was telling one of the full-time farm workers, “that Galbraith’s gonna be a helluva cow man someday.” A greater compliment I couldn’t have asked for.

The connection continued at my first herdsman job at Berry College in northwest Georgia. At one point I lay on a stretcher in a hot silo full of sorghum silage, a victim of a mishandled winch that allowed a silo unloader to fall on me – resulting in a vertebral compression fracture. I was surrounded by concerned students well-wishing me as the ambulance doors closed. It wasn’t long before I was back in the parlor milking the college’s outstanding Jersey herd and having a blast working with the ag students.

I eventually ventured back to Fort Atkinson, Wisconsin. There I worked on a farm – a farm where I met my future wife. We had our first daughter before we moved to near Aniwa, Wisconsin, where my ancestors farmed. That’s where the connections were deeply formed as a young man trying to establish a business breeding cows. It was an area where there wasn’t a farm driveway I didn’t venture into.

It seems like I have a story about every one of the farmers I met along the way, so rich were the many characters I met. Doug was one of my favorites. He and his wife had a small pedigreed Jersey herd; we hit it off instantly. Doug was a trumpet player, real estate salesman, farmer and teller of many tales.

My favorite Doug story is when he stood outside opening day of deer season as a group of hunters lined up for a deer drive across the road from his farm. As the hunters began their march across the spent November cornfield, Doug stood in his yard and raised his trumpet. He blared the revelry song at full volume, all while bedecked in a pair of boxer shorts and a blaze-orange coat.

Then there was George. I met him in his dairy barn while he milked his rag-tag assemblage of cross-bred dairy cows purchased at the weekly dairy sale at the auction barn. George was rough around the edges and prone to severe honesty. That’s why I loved him. He was my first cattle trucker when I landed on my own farm. He loved my wife, Wendy, and told me over and over how lucky I was finding someone like her. I concur. Years later when George was on his way home from a doctor visit where his cancer was revealed, he stopped by our farm.

“I thought I did everything right,” he lamented.

Wendy held his hand in front of our farmhouse, consoling him as he cried, knowing the battle he was to undergo. He lived several years after that day.

One never knows the impact he or she has on others. I hope the Dougs and Georges that have impacted me would smile if they could read what I’ve written about them. They’re all part of my connection to the land and people who farm it. I feel like I’m just starting.

Thanks for listening friend. Until next week …

An old farm neighbor and friend passed this week, too soon, well before any of us who loved him were ready to let him go. Like my brother Alan…

Greg Galbraith learns that making connections is a lifetime journey, when he meets his new grandson.

A willingness to venture on to any country road and connect with those who farm the land has allowed Greg Galbraith to meet a variety of characters along the way.

Ancestral dairy farms such as this one owned by Greg Galbraith's great-uncle formed his early connections to those who farm the land.

Greg Galbraith credits many characters along the way for making a lasting impression on him, including Virgil who showed him how to care for the cattle at the University of Illinois iconic round barn.