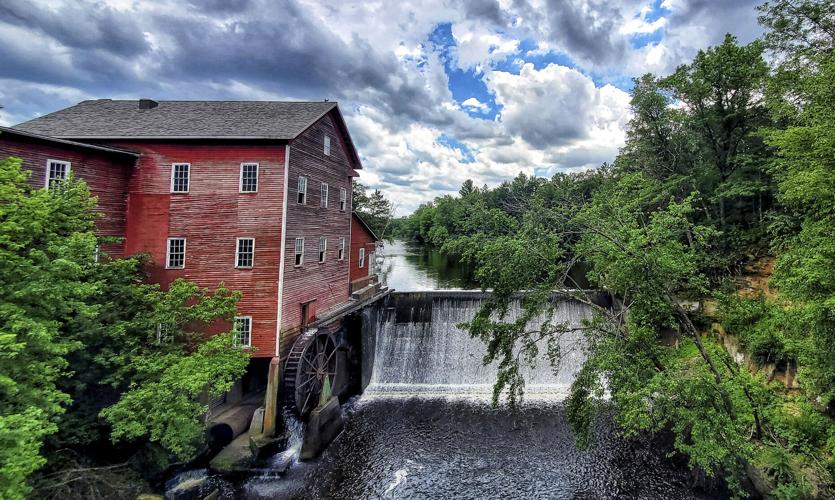 The Dells Mill is a water-powered flour and feed mill, the oldest Wisconsin mill still in operation. 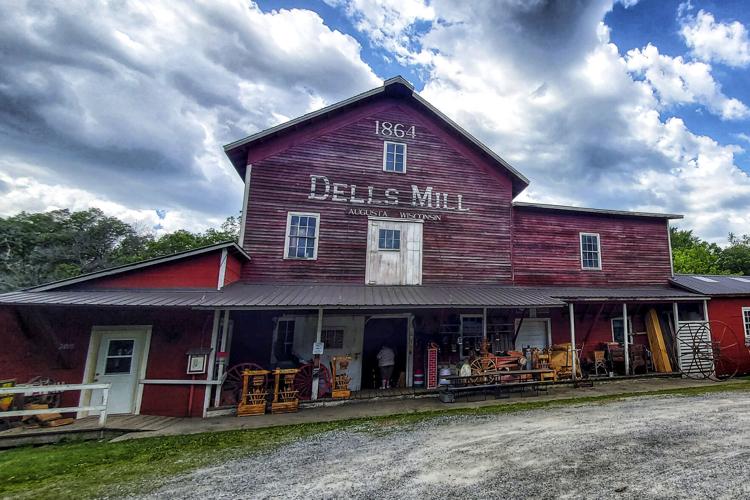 AUGUSTA, Wis. – The Dells Mill was built in 1864 during the Civil War. The mill with its museum is known internationally as a historic property and has been included on international tour itineraries, according to the Augusta-history website. It’s a water-powered flour and feed mill, the oldest Wisconsin mill still in operation. The current owners are the Clark family. The Dells Mill Museum is located at E18855 County Road V, 5 miles north of Augusta on County Road V just off Wisconsin Highway 27. It’s open May through October; groups should register in advance. The mill is listed on the American National Historic Registry. Visit www.augustawi.com or call 715-286-2714 for more information.

No doubt a great many of our older people can recollect with much happiness their cherished memories of the first ride to the old mill. It was way back in the early days when fall work and threshing was done, that your father, realizing the fast approach of the wintry days, would sack up a grist of wheat to be taken down to the mill and made into flour. And it was early the next morning, just as the sun had poked its cheerful face above the horizon, that you were making your first trip down to the mill behind a trudging team of oxen, while in all the glory of an Egyptian Pharaoh you sat perched high upon the sacks of wheat as the clattering high-wheeled wagon made its way over the hill, down through the valley to the red mill by the creek.

You remember, of course, as your father drove his yoke of cattle up along the platform opposite the door, how the miller came out with his hearty “Good morning,” and what a friendly feeling you formed for this man, the fellow who was responsible for the bread in your bread and butter. And perhaps it was after the last sack of wheat was pushed in with the little hand truck that you followed father in, and what a fascinating place you found yourself in.

There were great moving wheels, glimmering belts that raced over big wooden pulleys, and the worlds of hums and rumbles, and in your innocent childish way, you marveled at its greatness. To you it was all a mystery. In one place the miller placed the grain and in another he took off the fluffy white flour into bags that father had brought along for that purpose. To you milling seemed a black magic. And so this was your first impression of the old mill, and it was perhaps until you grew up and lock the grist in place of your father that you discovered that the old wooden water wheel which creaked under the splashing water of the creek had a greater purpose than serving an inspiration for an artist. And the machinery which rumbled inside was not make to make funny noises but to take its part in the task of feeding the hungry mouths of humanity.

It was back in those days of pioneering that the Dells Mill, a landmark in our community, was built. It was the year of 1864; the mill was constructed by Wiebber. The millwrighting was carried on by Mr. Gordon, a brother-in-law of Ivory Livermoore.

The first miller was Dan Merriman. At that time Wiebber, the owner, also ran a boarding house at the Dells, later occupied as a dwelling by J. Frank Clark, which was destroyed in recent years by a fire. Old timers say that at times there were as many as 25 men who stopped at that place as they came to and from the woods.

Later Wiebber sold to McCaffery and Marston. From these parties it was transferred to G. W. Paul, who later was succeeded by Gessner and Clark. Mr. Clark some years later purchased the interest of Gessner and it was under his ownership that the present dam was build. J. Frank Clark was succeeded by the Dells Milling Company, which is its present owner (in 1929).

The mill was first built primarily for the purpose of milling flour, but as the wheat belt was gradually pushed back into the west, other lines of grist business took its place. The mill today is considered one of the most up-to-date cereal mills in this part of the country.

It is expected that during this fall there will be milled more than 200,000 pounds of buckwheat flour. In addition to cereal milling, a large business of custom grinding and feed mixing is carried on.

It is a remarkable thing that after 65 years you would find a country mill that is still carrying on its work. Many mills built years later have either gone out of business or burned up, but the Dells still continues to be an old landmark and carry on its part in this community by handling the daily grist that is brought to its doors.

The Dells Mill is a water-powered flour and feed mill, the oldest Wisconsin mill still in operation.