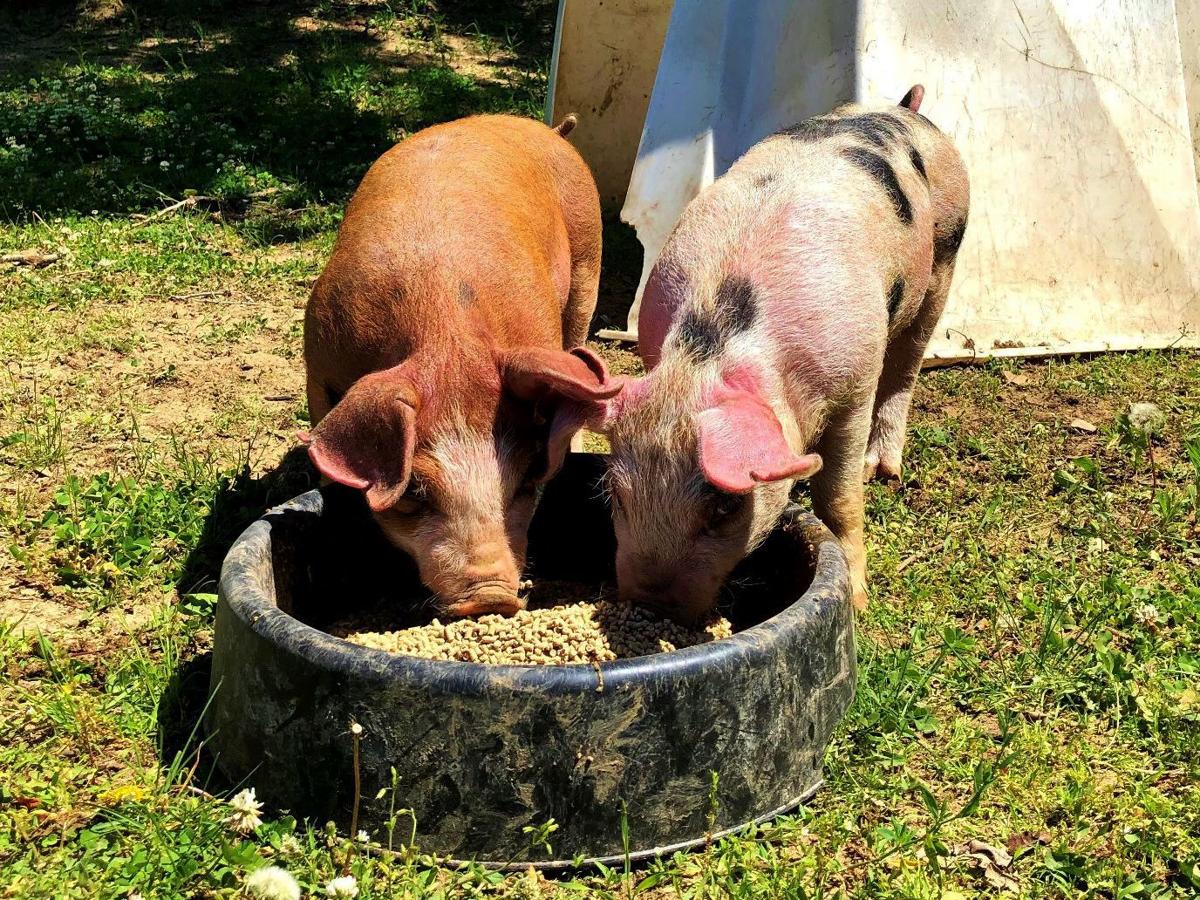 Two feeder pigs are being raised this summer and fall by Chris and Sherry Hardie – Red and Spot. 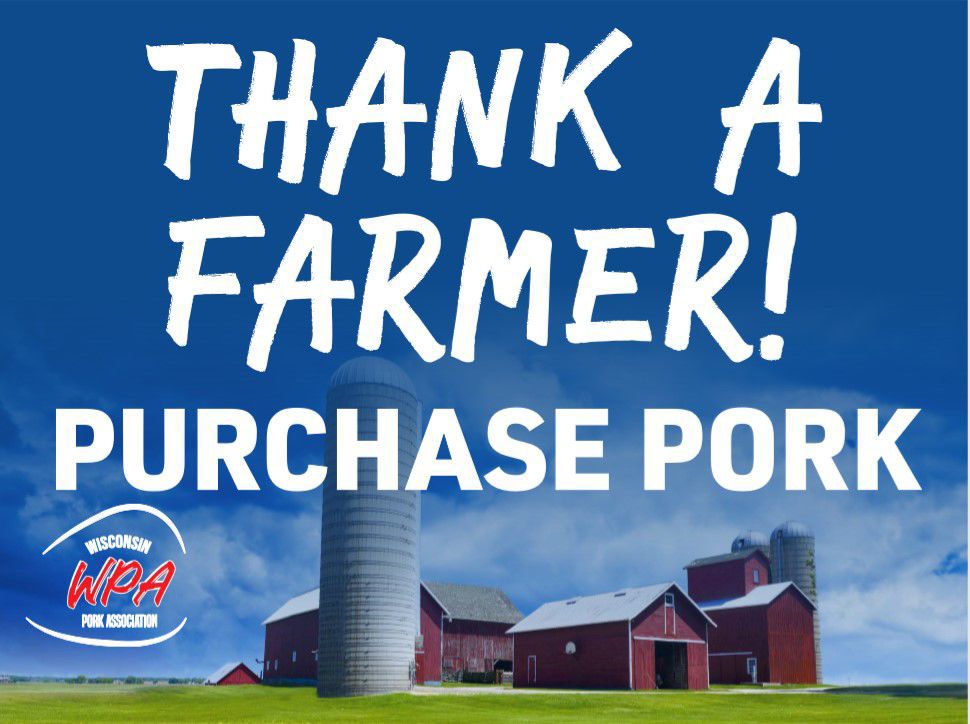 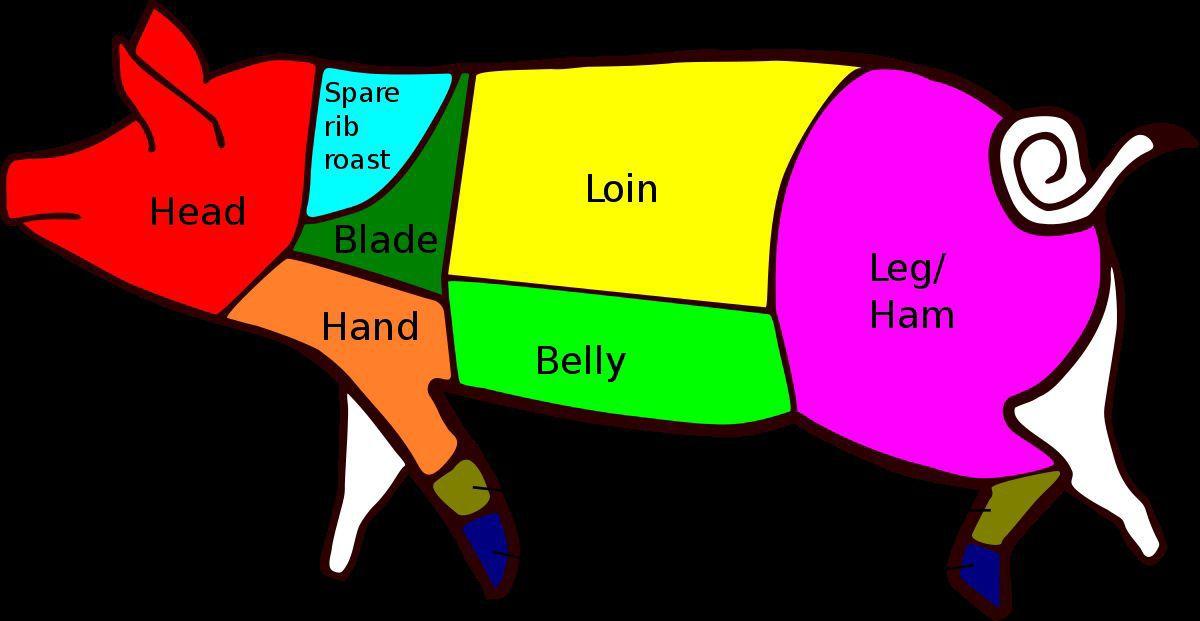 All parts of a pig are used for the dinner table -- except maybe the squeal.

Two feeder pigs are being raised this summer and fall by Chris and Sherry Hardie – Red and Spot.

All parts of a pig are used for the dinner table -- except maybe the squeal.

One silver lining in the COVID-19 pandemic storm cloud that caused massive disruptions to the nation’s meat supply is the awareness it created about where our food comes from.

When large processing plants needed to be closed due to workers becoming sick, it caused some hog farmers in the United States to euthanize thousands of healthy pigs because there was nowhere for the pigs to be processed.

In response, the Wisconsin Pork Association along with the Wisconsin Department of Agriculture, Trade and Consumer Protection created “Passion for Pork,” a program connecting Wisconsin pork producers to local meat inspectors and consumers. Smaller local meat processors extended their hours to process and package the pork to help meet the demand at food banks and food pantries. It’s a win-win that helps farmers and puts quality products into the hands of people who need it. Visit www.wppa.org/passion-for-pork for more information. Visit donorbox.org/passion-for-pork to donate, or mail donation to Passion for Pork, c/o Peoples State Bank, P.O. Box 218, Bloomington, WI 53804.

My wife, Sherry, and I made it one of our goals when we moved back home to the farm in 2006 to raise much of our own food – fruit, vegetables, beef, chicken and pork. We both grew up on dairy farms, and were familiar with cows and chickens. Neither of us had experience raising pigs but we had read enough articles on homesteading and about small farming to convince us it was a logical step for us.

I knew where we could find some pigs. I was long acquainted with Erv Nuttleman and his family near Bangor, Wisconsin. Erv was gracious enough to sell us a couple of pigs. We waited until after the kids raising hogs for 4-H projects at the fair had their pick.

Erv – who died in 2013 – was instrumental in promoting the swine business. In August 2012 he was inducted into the Wisconsin State Fair Pork Hall of Fame. He once said the reason he stayed in the swine business was because the animals were “stubborn like he was.” I’m grateful that Erv’s son Steve continues to sell me hogs.

We recently picked up two hogs for this year, named Spot and Red. The first year we named our pigs Pork Chop and Bacon. The names were meant to remind everyone about the purpose of the porkers lest there be any fond attachments made. That can happen with pigs, who can be very friendly and quite gregarious.

I understand why a breeding pair was so valuable for a pioneer family. They’re prolific; a sow can have two litters a year with as many as a dozen piglets. And they grow quickly, reaching 200 pounds in about six months. Their primary diet is corn and soybeans but pigs are omnivores and make good use of table scraps.

I built a new pen for the pigs this year with an old calf hutch for some shelter. It’s surrounded with an electric fence. Unless one has a strong fence built and secured with hog panels, pigs will dig and escape. All it takes is a few zaps from the electric wire and they respect their boundaries.

Pigs are smart; they have the intelligence equivalent of a 3-year-old child. Unlike other farm animals who defecate everywhere, pigs will take care of their business outside of where they sleep. They are also very vocal – grunting, squeaking and even barking when startled. Their squeal, which is reserved for times when one needs to hold them or lift them for vaccinations or other medical functions, can range to more than 110 decibels. That’s louder than a chainsaw.

Pigs were domesticated more than 6,000 years ago by the Chinese, who also discovered the joys of bacon when they began salting pork bellies. Those little pig legs are actually quite fast; they can run a seven-minute mile.

Pigs wallow because they lack sweat glands. They like mud because it helps cool them. On hot summer days I like to take the water hose and spray the pigs down. They’ll hide behind their hutch and then run out for a blast of cool water.

I’m not sure who enjoys it more. Clearly it doesn’t take much to entertain me. After all, Winston Churchill once said, “Dogs look up to man. Cats look down to a man. Pigs look us straight in the eye and see an equal.”

Sherry had the foresight to ensure we could secure a butchering date for the fall even before we got the pigs. Local meat processors have all the work they need and then some with more interest from consumers. I view that as a good problem.

We all have choices when it comes to what we eat and where we buy our food. I hope new consumer patterns will emerge from the pandemic that puts more people in touch with the source of their food.

With many farmers markets now opening, chances are there is a local source of food right in each person’s own backyard.

Visit youtu.be/LFSlmRaKY6c to see a video of pig happiness while eating.

The Specialty Meat Development Center is a not-for-profit organization dedicated to growing specialty-meat businesses in Wisconsin. Citizens and businesses such as food markets and restaurants use the site to identify specialty-meat processors and producers in Wisconsin. Users can search by county, product type or specific product. Establishments that process wild game, have a specific certification such as organic or participate in the Something Special from Wisconsin program are also identified.

Visit datcpgis.wi.gov/maps/?viewer=sm for more information. Warning -- the map is slow to load. Be patient.

Burwell Feeders is looking for a motivated individual to work