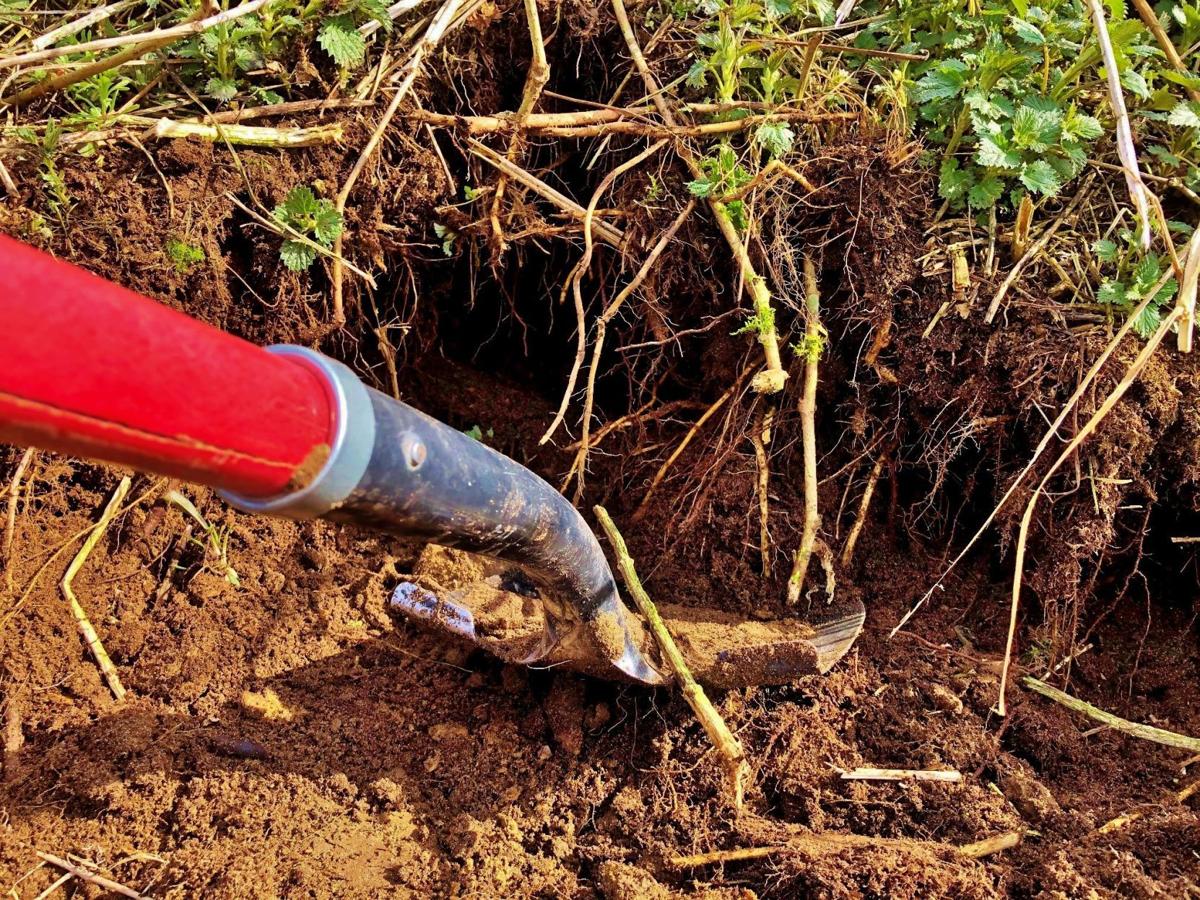 Under a bed of nettles is rich compost. 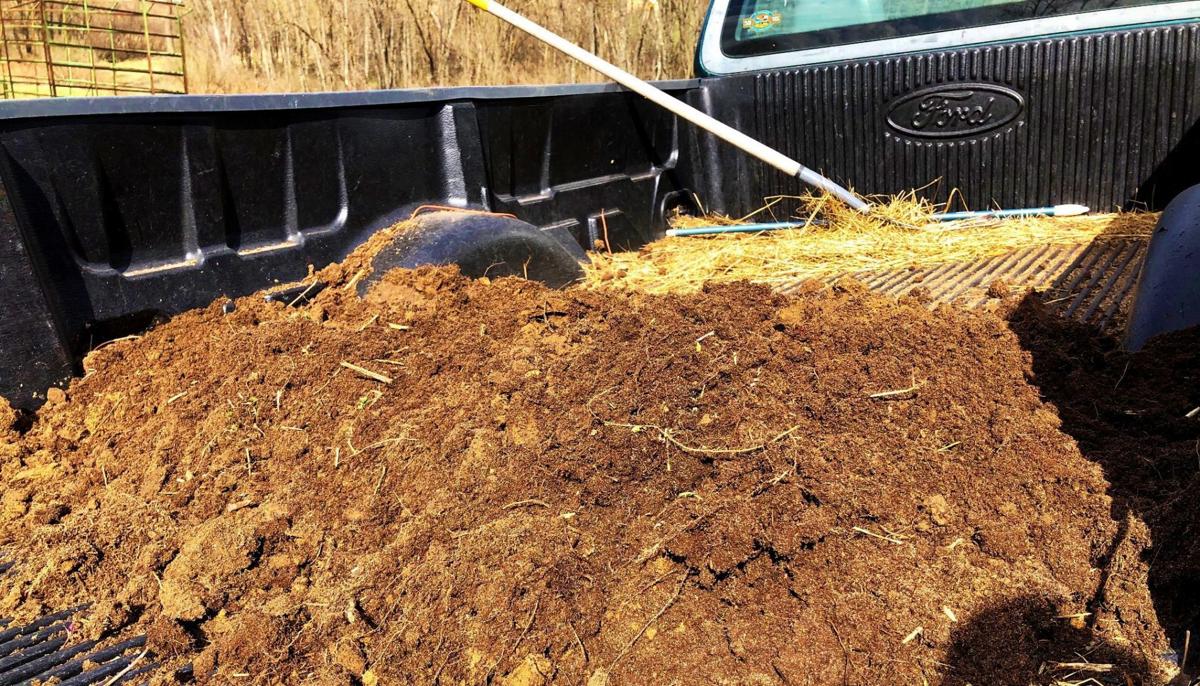 Compost is created from manure and bedding that has broken down during a period of three years. 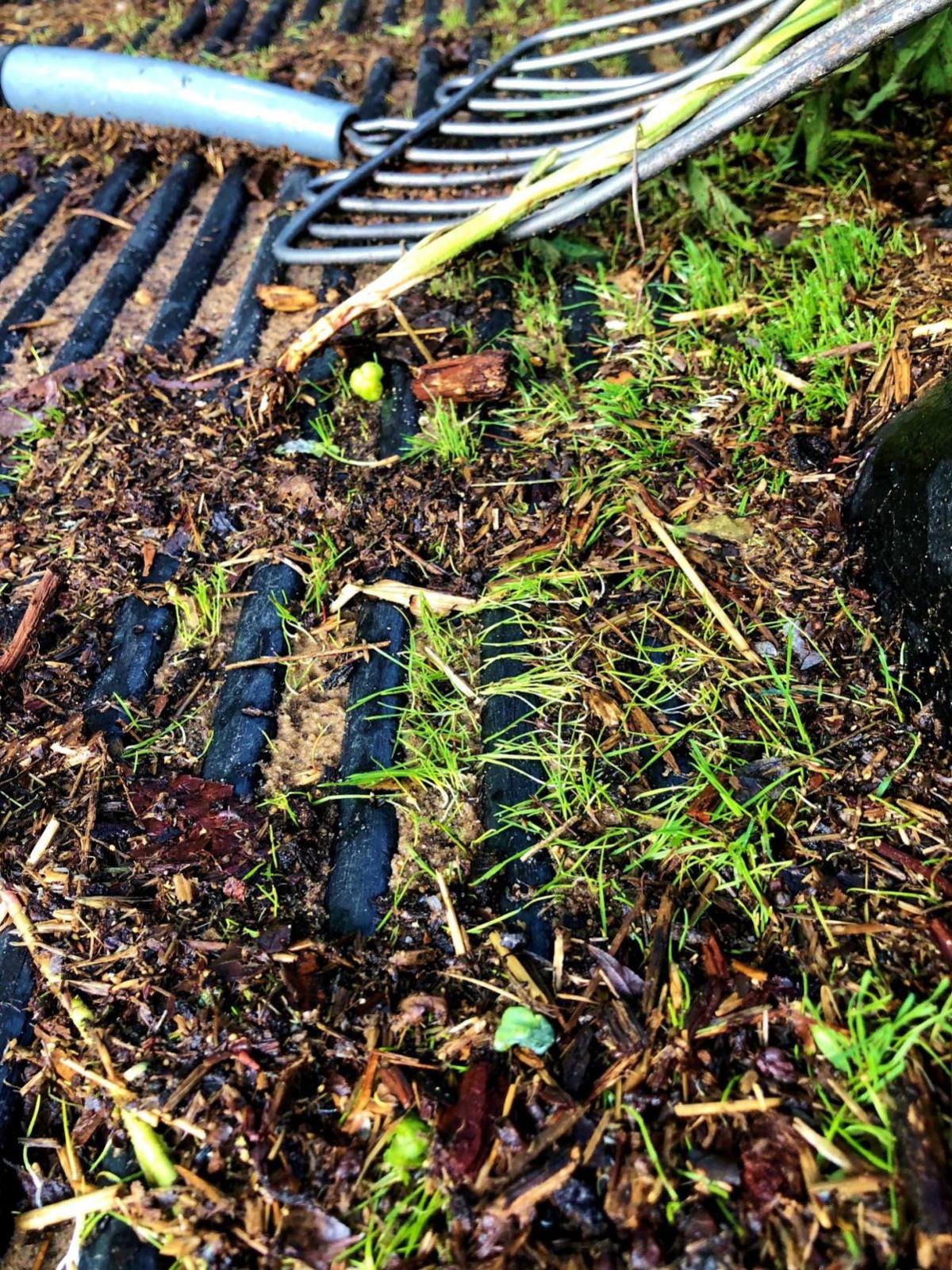 Grass has started to grow in the back of Chris Hardie’s truck.

Oak trees on the Hardie farm grow leaves a second time after the first leaves were damaged by frost. 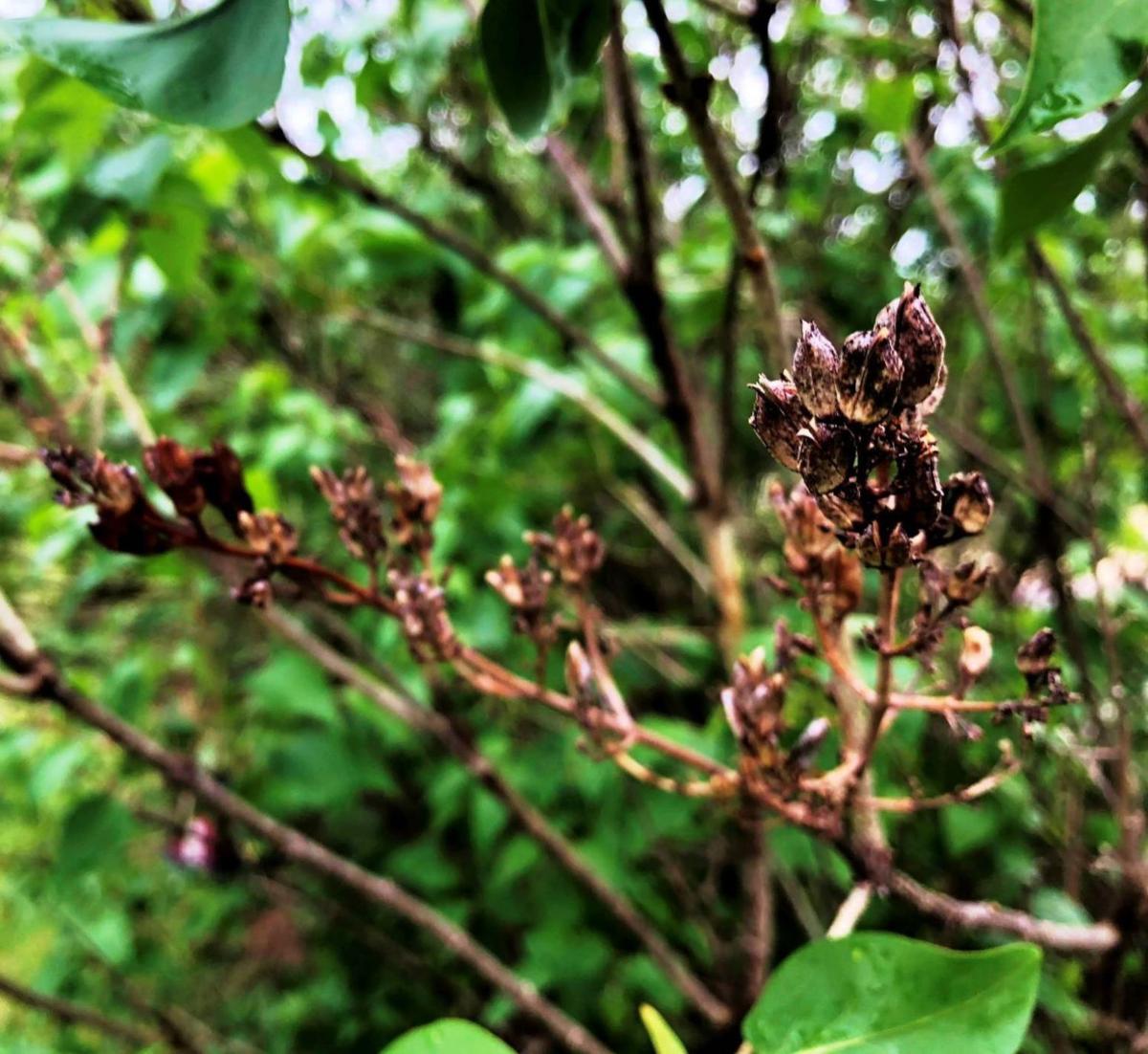 Lilac buds show damage caused in early May by temperatures in the teens. 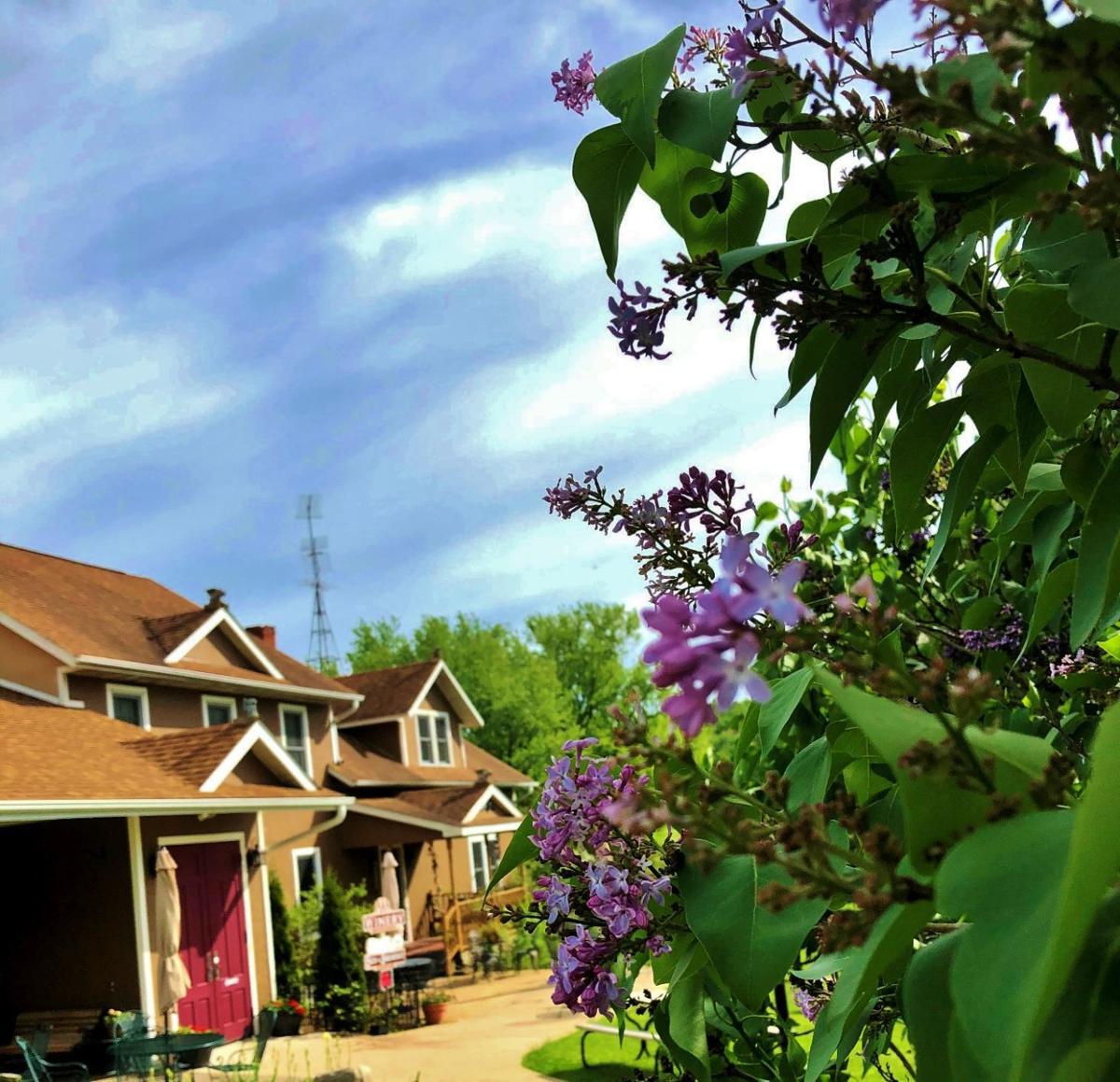 A purple lilac bloom reflects the genus Syringa, one of 12 currently recognized species of flowering woody plants in the olive family, native to woodland and scrub from southeastern Europe to eastern Asia. 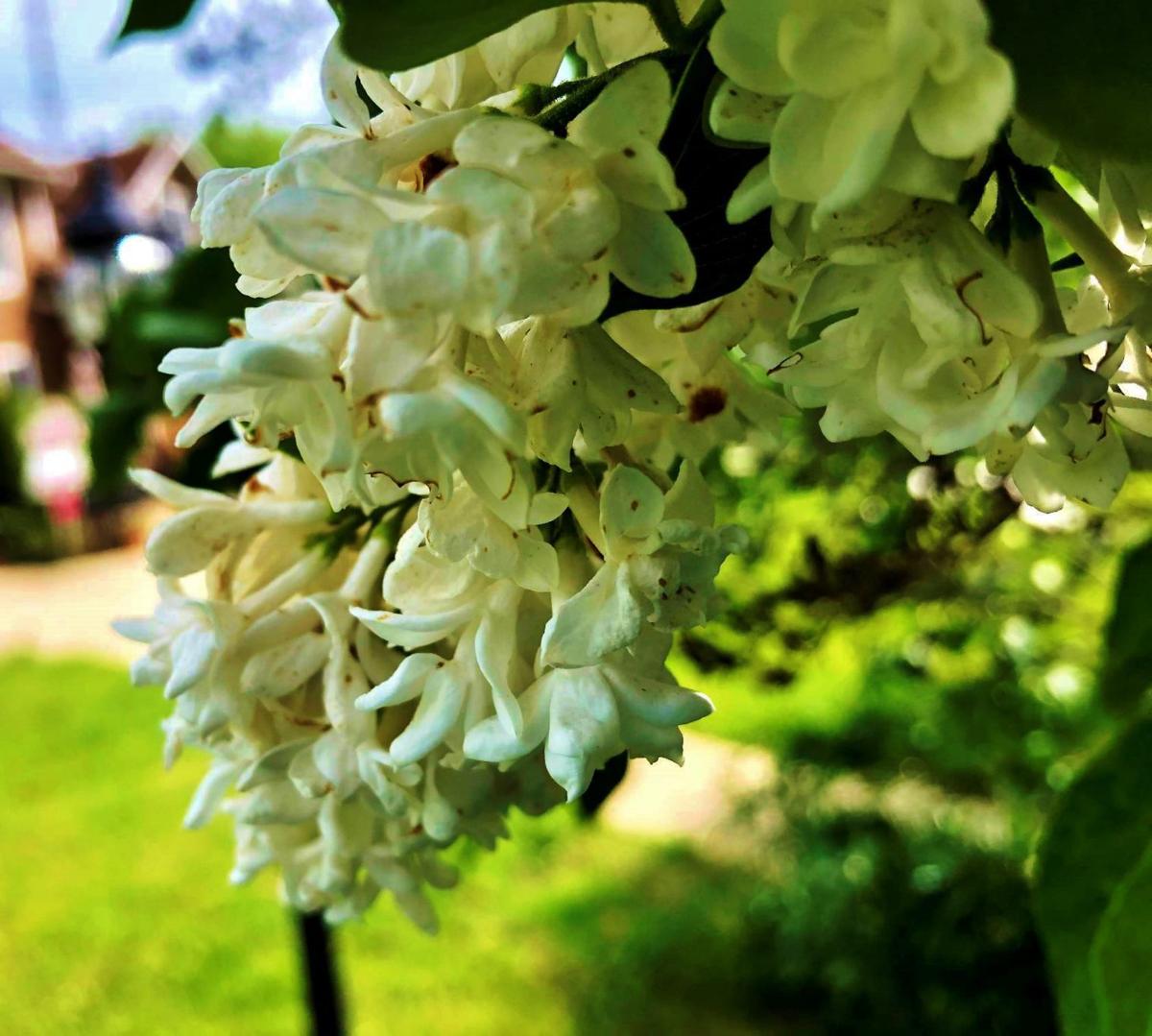 Many tree and shrub flowers start out one color and then lighten as they age, mostly due to bleaching from the sun, according to Cooperative Extension. It’s not unusual for light-purple lilacs to turn white. The weather as the flowers are opening and maturing has some impact. 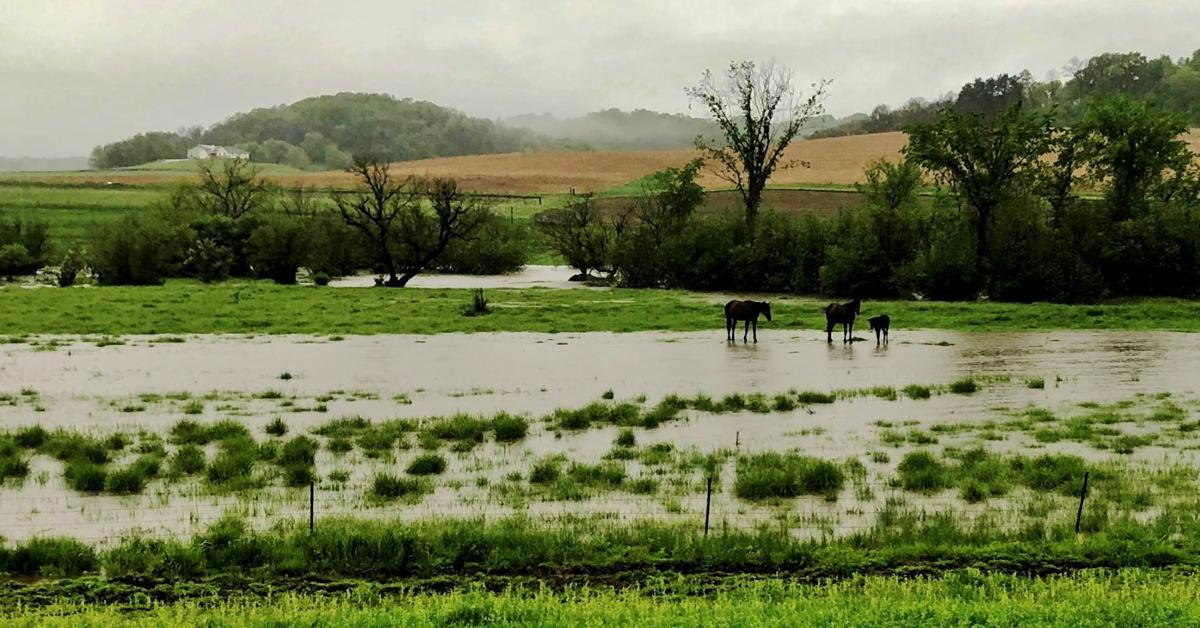 Heavy rains overflow Beaver Creek the last week of May near Franklin in Jackson County, Wisconsin.

June is finally here but continued hijinks by Mother Nature make it anything but normal. This spring will be an outlier for phenologists – those who study the cyclical ecological events and their natural timing.

The polar vortex in early May that sent temperatures plunging into the middle teens impacted many trees and bushes on the farm. The oak trees were leafing out but early buds were damaged by the frost, forcing trees to grow new leaves. Luckily the trees have enough reserve energy in the form of starch that they can re-sprout new leaves. But the lack of foliage on the oak trees stands out among the forest’s tree lines on the hills.

The cold snap kept the annual lilac blooms subdued as well. Every year I look forward to those few magical weeks when the essence of lilac fills the air. The cold killed some of the early buds, leaving us with only a few blooms to enjoy. We’ll know shortly whether our apple trees survived; they bloomed after the hard freeze.

And just when we thought we had escaped the grasp of Jack Frost, we held our breath the last morning of May when frost advisories were out for our part of the state. The National Weather Service in La Crosse said the temperature at the Black River Falls Airport – a traditional cold spot – hit 32 degrees May 31 with a dew point of 32 degrees at 5:15 a.m.

We’re about 15 miles west from there and escaped the frost that time. The cold was short-lived, with temperatures hitting 90 degrees the next week.

A couple of weeks ago I said we needed some rain. I said some – not the 7 inches during two days that one of our neighbors reported. The deluge sent the nearby creek over its banks but thankfully we had no damage – other than some overflowing gutters that I needed to unplug.

It has been a good spring for planting though. The weekly crop report for Wisconsin for the end of May said 90 percent of the state’s corn crop was planted – 26 days ahead of 2019’s soggy season and 12 days ahead of average.

Speaking of planting, I’ve discovered by accident a potential new business venture. This spring I have been using the bed of my old truck to haul compost and soil for working on our yard. The compost came from the cleanings of the cow shed three years ago. I had spread it into a large pile; the combination of manure and bedding slowly broke down. The top of the pile is covered with nettles but underneath is nice compost.

The bedliner in my truck caught some of the compost, which mixed with some old grass seed. The combination resulted in green turf starting to grow in the truck bed. Perhaps with a little nurturing in a few weeks I’ll have portable sod. It certainly gives new meaning to going green.

While most farm breakfasts have been canceled this year because of COVID-19 please remember to support dairy farmers this June. Even with the mass exodus of dairy farmers during the past few years there are still more than 7,000 licensed dairy herds in Wisconsin. There are 1.26 million cows that produce more than 2.5 billion pounds of milk each month.