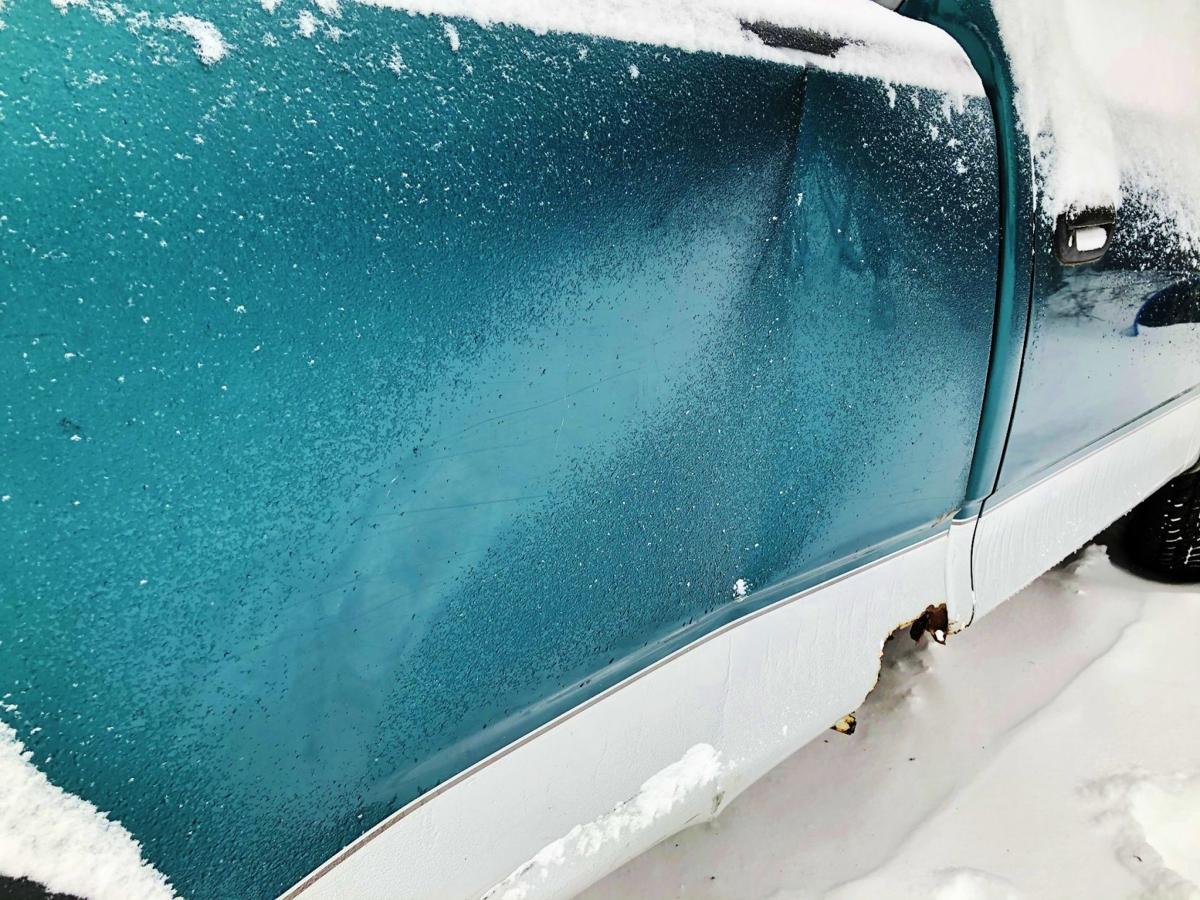 This is what happens when Chris Hardie hits a gate with his truck on a bitterly cold morning. 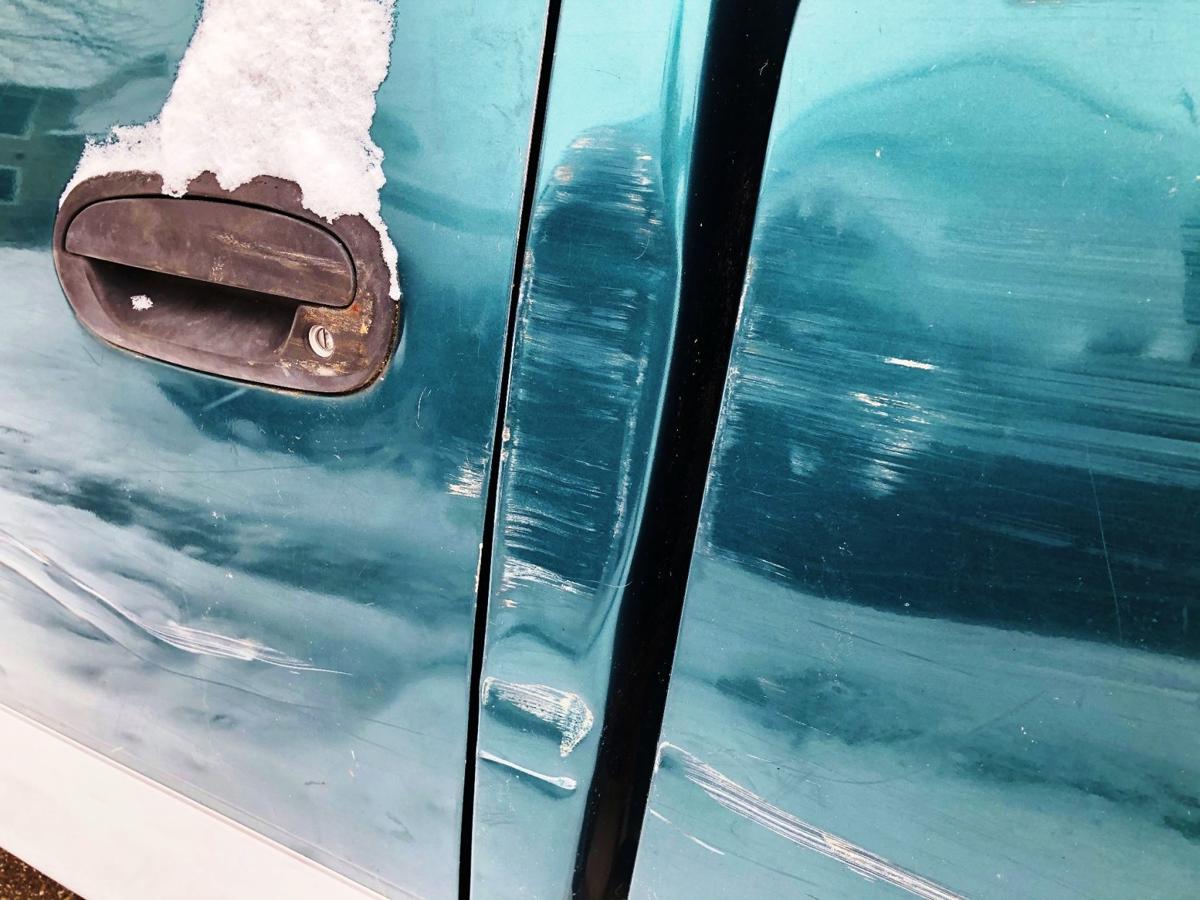 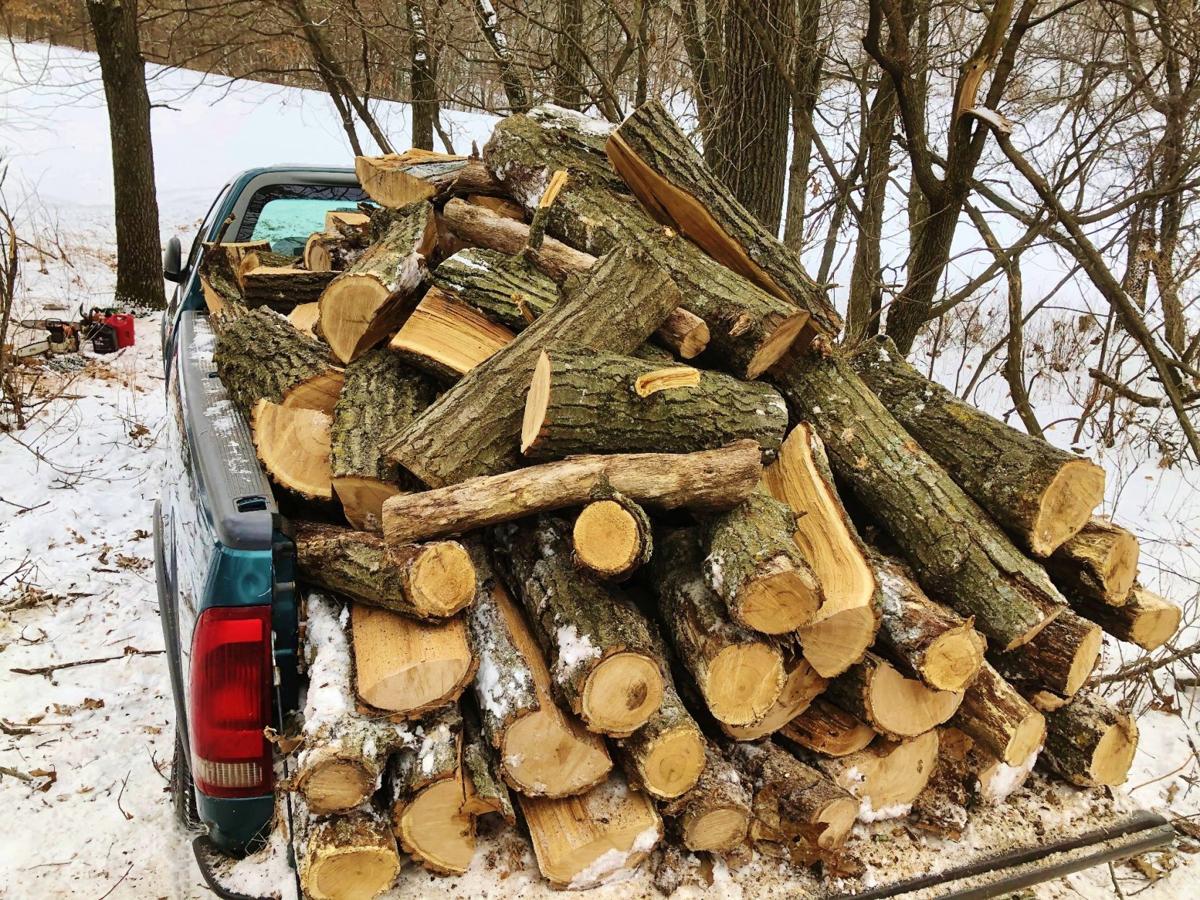 A crack to a mirror frame is a small price for Chris Hardie to pay to get this load of wood. 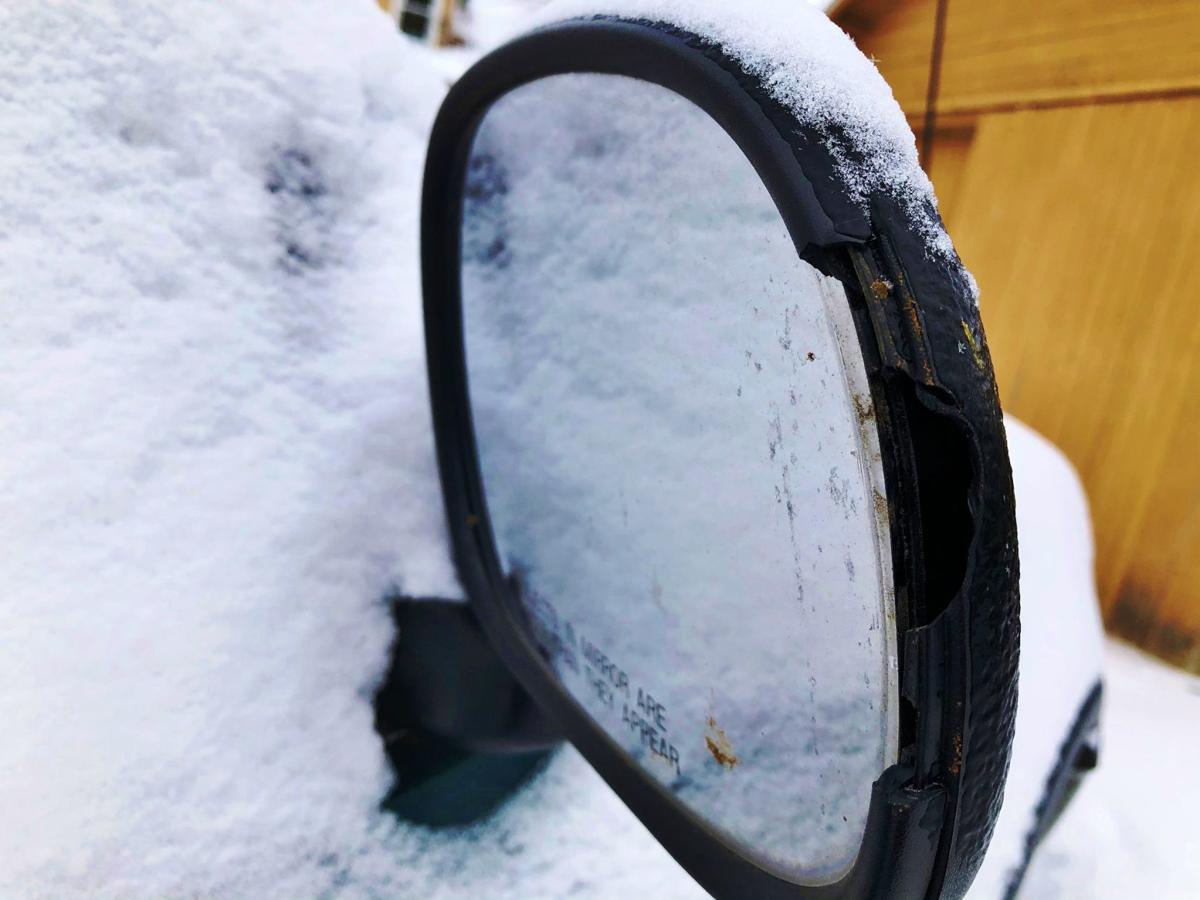 A passenger-side mirror is slightly damaged after Chris Hardie hits a tree.

“Man is the measure of all things.” – Protagora

“The greatness of a man’s power is the measure of his surrender.” – William Booth

“The measure of a man is the way he bears up under misfortune.” – Peter Nivio Zarlenga

“The measure of who we are is what we do with what we have.” – Vince Lombardi

“Measure twice and saw once.” – Anonymous

When Dad farmed there were two tools he always carried with him. One was a tape measure. He knew the length of his pace and could walk off large measurements with reasonable accuracy. But experience taught him that precisely measuring lesser distances was important.

The other tool was a pliers. They became his all-purpose tool for pounding nails and implementing emergency repairs.

I learned as a boy to never complain about having a loose tooth. The pliers that had just fixed a stanchion in the barn were suddenly transformed into a dentistry tool.

I usually carry a pliers but I could have used a tape measure recently. I was in the woods cutting and splitting my 22nd pickup load of wood for the winter. I had felled a large dead oak tree that hung up in other trees. I had the brilliant idea I could back up my pickup truck close enough to the tree to pull it down with a chain.

The pathway appeared clear with the exception of a bottleneck between two small trees. I “sized it up” and made a snap decision. I decided there was more than enough space for me to squeeze the truck through, even factoring in some sliding from the snow.

The width of my 1998 F-150 without the mirrors is 79.5 inches. The key words here are “without the mirrors.” The space between the trees was probably 84 inches. As I was backing up I heard a crunching noise; I saw my passenger-side mirror bending backward from a collision with a tree.

Luckily it only cracked the side of the mirror frame and not the glass. I pulled ahead, folded in both mirrors and gunned it, clearing the trees by inches.

My second need for the tape then became apparent. I was several feet short of being able to wrap my 14-foot chain around the trunk of the tree. With tree stumps in the way, I was not going to move any closer with the truck. But I found another chain on the floor of the truck, upon which I cobbled the chains together to pull the tree safely down.

Yes it was leaning in the opposite direction.

The old truck has taken quite a beating this winter. In November I was cutting wood with my son, Ross; I drove into a small tree, putting a dent behind the driver’s-side door. But that’s a small gouge compared to the dent I put into it a few winters ago when I ran into the side of a gate.

Are we sensing a pattern here? Snow, tight spots and the truck are a dangerous combination when I’m in a hurry.

But it’s truly a farm truck. Even though I am clearly the poster child for major mayhem, the dents and scratches all tell stories. I have no intention of turning in repair bills to Flo at Progressive, to the “Good Hands” people or any other insurance company. Unlike most farm trucks, the tailgate is still attached and still works – at least the latest time I tried it. I can’t say the same for the winch on the front, but that’s another story.

After I pulled my load out of the woods, I gently pulled the mirrors back out. I then made a mental note to keep a tape measure in the truck.

Those mirrors were a good reminder about perfect vision and hindsight.