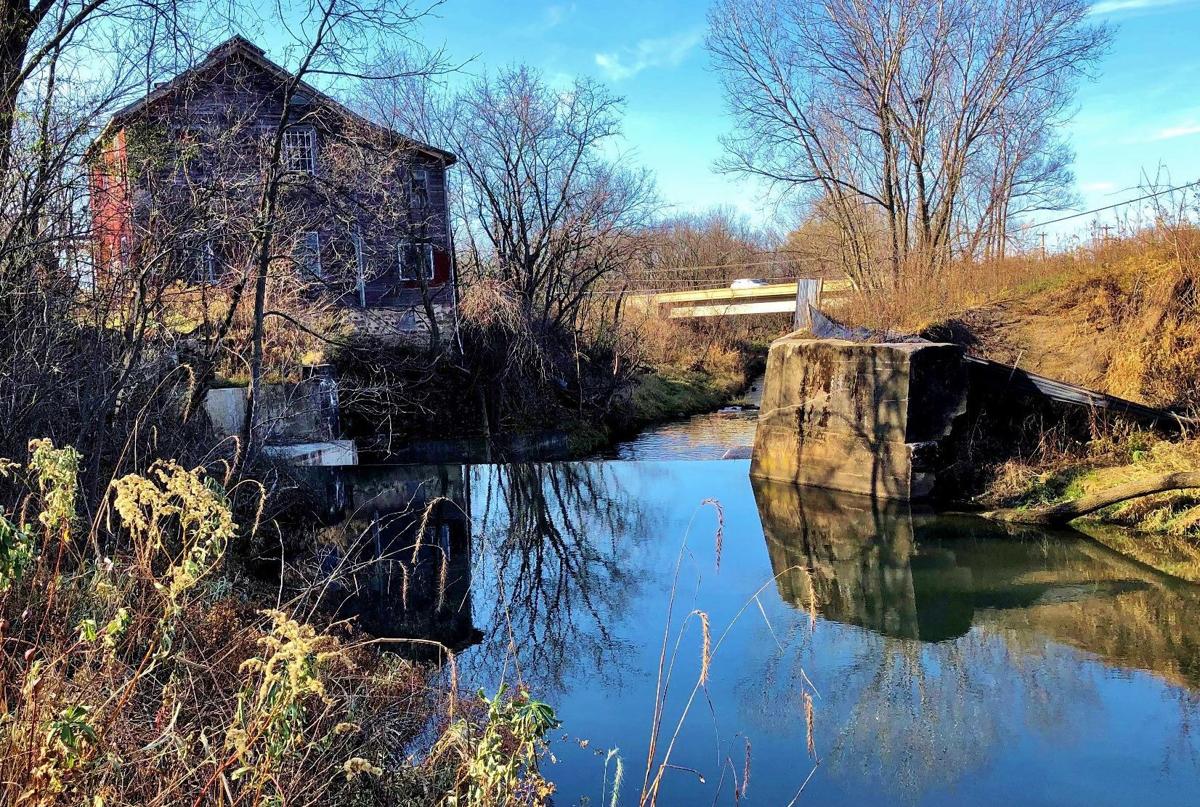 The former Kama Mill or East Arcadia feed mill near Arcadia, Wisconsin, has been for sale. 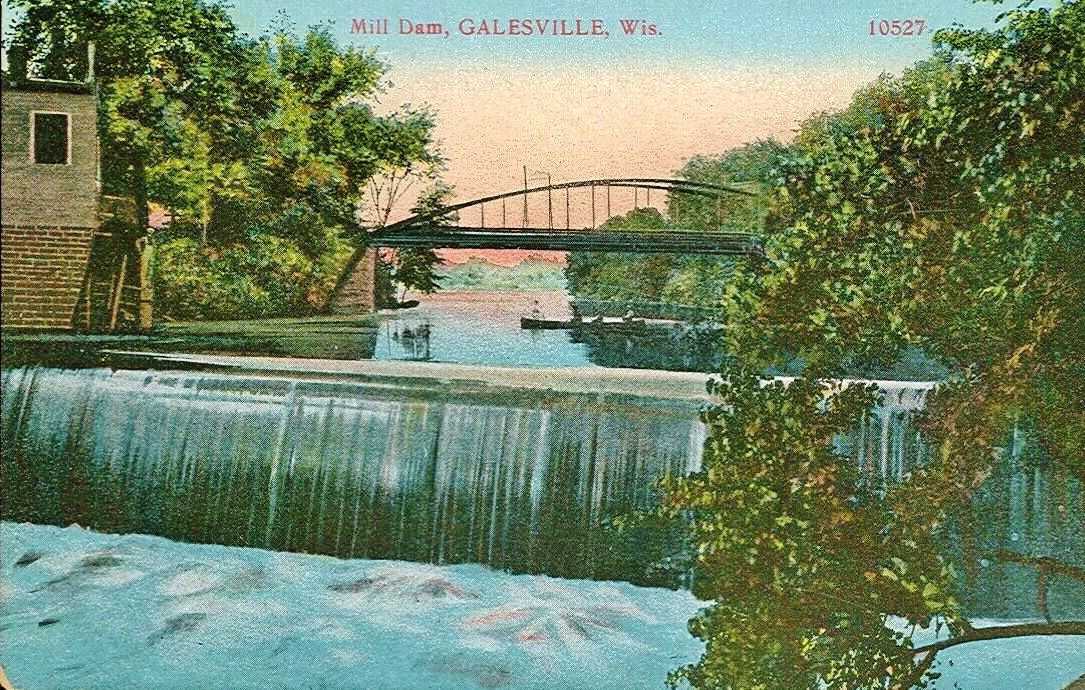 A historical postcard shows the mill dam in Galesville, Wisconsin, site of several different mills since the 1860s. 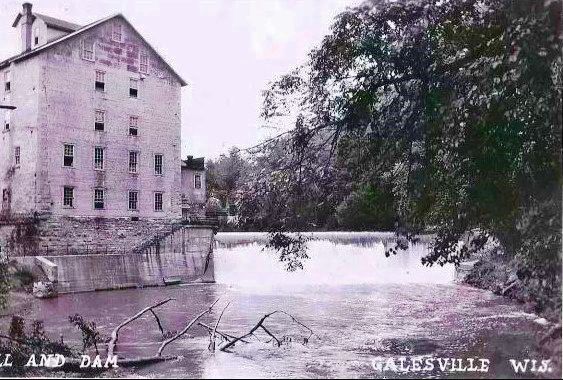 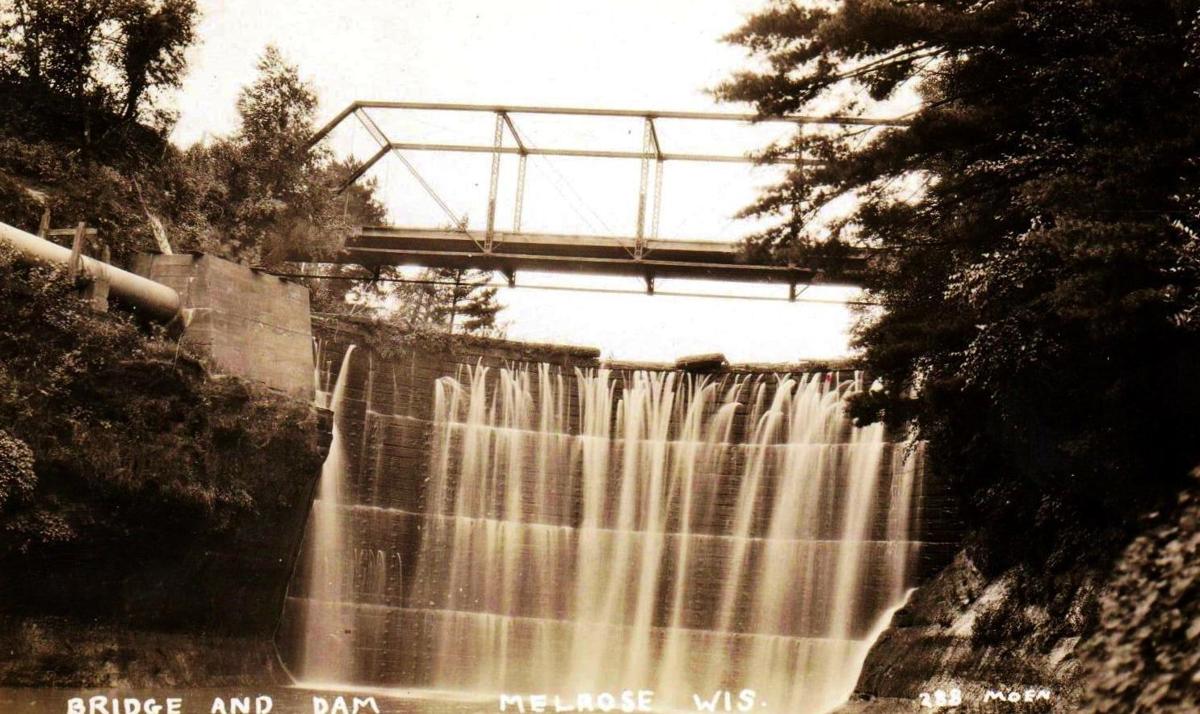 A historical photo shows the Melrose dam and the former bridge that ran above it. 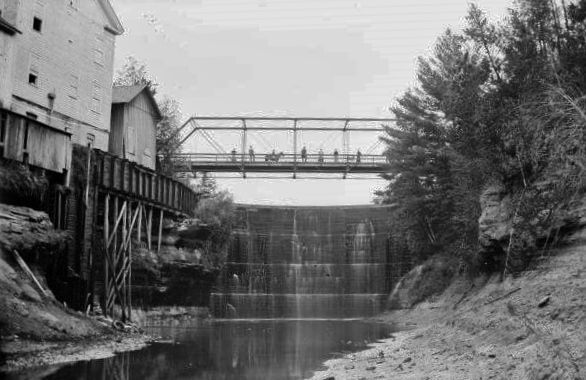 A mill below the Melrose dam is powered by water. 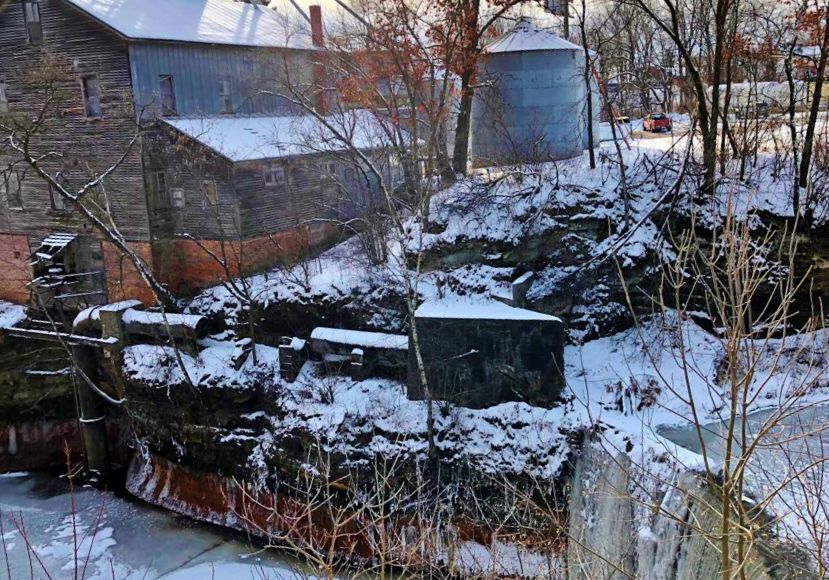 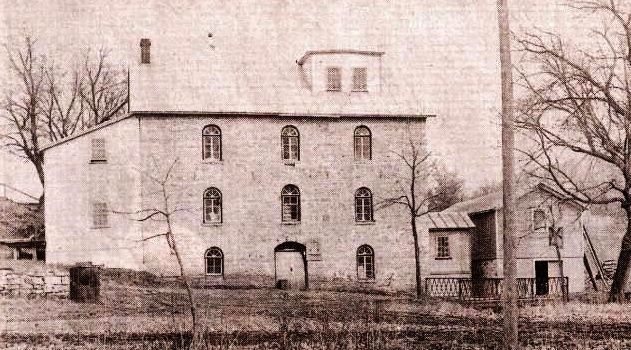 A historical photo from the La Crosse Tribune shows the Oehler Mill south of La Crosse, Wisconsin. Most of the buildings are now gone, but the main building from 1862 still stands. 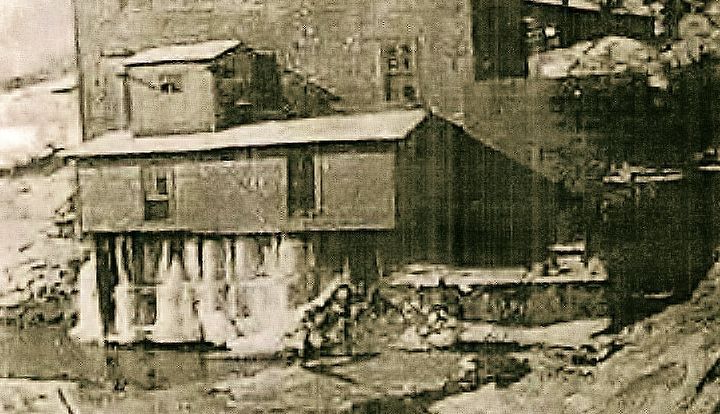 A historic photo shows a water-powered mill in Ettrick; it’s no longer standing. 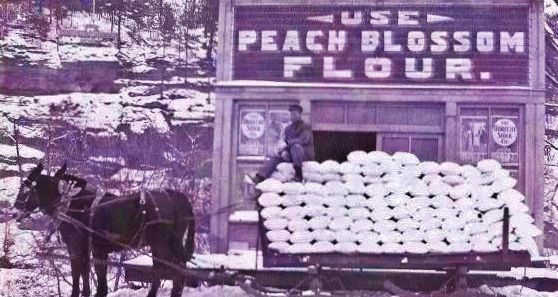 As many as 125 barrels each day of Peach Blossom Flour is milled in the 1920s at the Davis Mill in Galesville; flour production ceased there in 1928.

The Driftless Area region of Wisconsin where I live is blessed with abundant rivers and streams that flow through our valleys, which we call coulees. Early European settlers in our region took advantage of those water resources to build mills powered by the flowing streams. Many of the early mills were sawmills to cut logs and process timber. But many communities also built grist or flour mills to help feed their growing population or send grains to agricultural markets.

They all used similar concepts – build a dam on a stream to create a consistent flow of water, to power the mill stone and other equipment used to grind wheat or other grains into flour. Some mills used water wheels but many converted to water turbines that were far more efficient.

Within a half-hour drive of my home in western Jackson County, I know flour mills existed at one time in Melrose, North Bend, Ettrick, Galesville, Black River Falls, Hixton, Blair and Arcadia. They became important centers of commerce for local farmers, especially when wheat was a major Wisconsin crop. The term “grist mills” usually referred to local mills where farmers would have their own grain ground into flour; they paid the miller with a percentage of the product. Flour mills were larger operations that sold product wholesale or retail.

A few mills remain, having been converted to animal-feed mills; they’re no longer powered by streams. Some dams and a few impoundments remain, but many have been drained or taken down to smaller versions of what they once were.

The Mill Pond – or Douglas Lake – in Melrose was a favorite fishing spot when I was a kid. While I usually fished in nearby Beaver Creek. One year I spent the opening day of trout fishing in Melrose after I stayed overnight with a friend whose house overlooked the pond.

The lake was first established in 1857 with the first dam. Mark Douglas replaced the dam in 1888 after a flood. The dam was repaired after floods in 1936 and 1943. The Wisconsin Department of Natural Resources in 1990 declared the timber-arched dam unsafe and ordered the top several feet of the dam removed, which drained the lake. Douglas Creek still flows through the area. The rest of the 1888 dam still stands. In recent years there have been efforts by some in the village to replace the dam and restore the pond, but no work has started.

Below the dam is Melrose Farm Service on the site of the original mill, which was once powered by a 36-foot drop of water through a flume and waterwheel that generated 90 horsepower. That’s according to a 1903 thesis paper by a prospective engineering student named Olaf Laurgaard. He proposed the wooden-arch dam be replaced by a concrete or steel-arch dam.

Further down Beaver Creek in Ettrick a feed mill and a woolen mill were once powered by the stream. The woolen mill operated from 1884 until about 1944 – making blankets, flannels and tweeds in the earlier years, and then later doing custom work. The mill was torn down in 1976 when a new bridge was built over Beaver Creek.

Beaver Creek was also the source of the original Wilson Davis mill site in 1869 in Galesville, home of the Peach Blossom-flour brand. According to a 1966 history of the mill, written by Ruth Lyon, the seven-story mill produced 800 barrels of flour each week.

After an 1898 fire a new mill was constructed; it became the Davis Mill and Electric Co. A 1920 article in American Miller said the mill produced 125 barrels each day of Peach Blossom Flour.

The flouring era ended in 1925 but the site was converted to a feed mill, eventually being purchased by Ray Andersen. Another fire destroyed the mill in 1963 but a new mill was built. Currently Ray’s grandsons Ray and Matt operate Andersen Feeds on the site.

I have written before about the East Arcadia mill near Arcadia. The building that once housed a flour and feed mill on Turton Creek has recently been for sale.

The importance of flour and grist mills to the development of agriculture in the area is emphasized on a website devoted to the historic Oehler Mill south of La Crosse, Wisconsin. Visit oehlermill.org for more information. The site says in 1881 the La Crosse area had 15 flour and feed mills all powered by water – and none were any of those I previously mentioned. Chances are if one lives in a rural area with a stream, there was once a grist mill nearby.

Milwaukee once had a brief run in the late 1800s as a major center for grain milling, but the industry declined as wheat-growing moved west.

The era of local grist mills is long gone, but perhaps interest in water power will grow as our country looks at alternative sources of energy. Maybe some of these locations will once again help their local communities and beyond as we tap into the power that helped build our economy.

David Ruis in the 1990s wrote a song entitled “There Must Be More” that resonates in the heart of everyone, especially these days.

Among the 30 or so children who came to the chancel every Sunday for the children’s moment in the last church I served, there was a little gir…

This past January in a national newspaper was a preview of a PBS televised version of the famous James Herriot series, “All Creatures Great an…

“Little Creek” is a spring-fed stream that runs through our valley, originating from the family farm. Officially it’s classified “NR 102.11” i…

“On God rests my deliverance and my honor; my mighty rock, my refuge is in God.” Psalms 62:7

The former Kama Mill or East Arcadia feed mill near Arcadia, Wisconsin, has been for sale.

A historical postcard shows the mill dam in Galesville, Wisconsin, site of several different mills since the 1860s.

A historical photo shows the Melrose dam and the former bridge that ran above it.

A mill below the Melrose dam is powered by water.

A historical photo from the La Crosse Tribune shows the Oehler Mill south of La Crosse, Wisconsin. Most of the buildings are now gone, but the main building from 1862 still stands.

A historic photo shows a water-powered mill in Ettrick; it’s no longer standing.

As many as 125 barrels each day of Peach Blossom Flour is milled in the 1920s at the Davis Mill in Galesville; flour production ceased there in 1928.