Ever since my first newspaper column was published in 1983, I’ve always strived to craft something that readers could really sink their teeth into.

Sometimes I use personal stories to try to fill the cavities of the soul. Sometimes I attempt to use my biting sense of humor at the risk of coming across as too mouthy. Sometimes I fail and leave readers gnashing their teeth.

Usually I simply set my jaw and spit something out.

It started as a dull toothache, a 1 on the 10-point pain scale, a smoldering pain that is normal with any aging body. But it caught fire and within 36 hours quickly climbed the charts; it stayed at an 8 with a relentless throbbing that spiked to 10.

It happened during the weekend; because I couldn’t sleep much I was the first call of the day Monday morning for my dentist. They had a cancellation and I was able to be seen that afternoon.

I’ve been blessed with healthy teeth through the years, with the exception of a couple of root canals and three crowns. I wasn’t so fortunate this time around. My left-rear molar – tooth number 17 for those using the Universal Numbering System – was likely a lost cause. The tooth previously had a root canal and was crowned.

I had several options to consider.

After a brief consultation with my three advisers – me, myself and I – and taking into consideration the emaciated state of my checkbook combined with a lack of dental insurance, we selected option D. The tooth was going that day.

As they numbed my jaw I thought back to my younger days. The tooth they were about to pull was likely the replacement for the baby tooth that had been extracted by my late father using his slip-joint pliers – that minutes before may have been used to fix a broken stanchion. Lesson to self – don’t complain about a loose tooth around Dad.

About an hour later this old horse left the dental office with one less food grinder and a tiny consolation prize – a gold crown. The dental alloys used in tooth crowns are classified in three categories based on their level of precious-metal content – precious or high-noble, semi-precious or noble, and non-precious or non-noble. Apparently a prescient dentist must have known I would one day become a land-owning Scottish lord because I was given a high-noble gold crown – no common metals for these ivories.

The gold grubber in me – myself and I are not nearly as pretentious – wondered about its value, knowing the price of gold has been increasing lately. Perhaps I had been unknowingly chewing on a gold mine these past 15 years or so. Maybe the hand of fate had dealt me a royal flush that could fill the exchequer’s coffers.

My Midas musings were quickly dashed when I discovered that even at the current price of gold, in the range of $1,700 per ounce, my gold crown is probably worth $100 to $150 – depending on the purity. But still at $150 it would come close to covering half the cost of the extraction. And I do have one more gold crown. So if I have that tooth pulled, I’d be even, right? It could be the first cog of a sprocket to build my bridgework to a wealthy retirement.

It sounds like government budgeting 101. I’ll pass. Investing in the gold crowns in my mouth is pure fool’s gold.

I’ll also skip the implant; I have put enough money where my mouth is. Being longer in the tooth means I can adjust to being down one tooth. It might do me some good and slow my eating down a bit. I and myself are quite skeptical.

It will take a while before my tongue stops going to that empty spot in my mouth, which at least matches the hole in my head.

One thing is certain. It’s not going to stop me from biting off more than I can chew.

Ahh spring. April is the month when we can finally count on spring. On the Roman calendar it’s spelled Aprilis, meaning “to open.” I’ll be wat…

The arrival of spring on the farm means plenty of fieldwork. But it also means livestock breaking through fences to arrive at the greenness on… 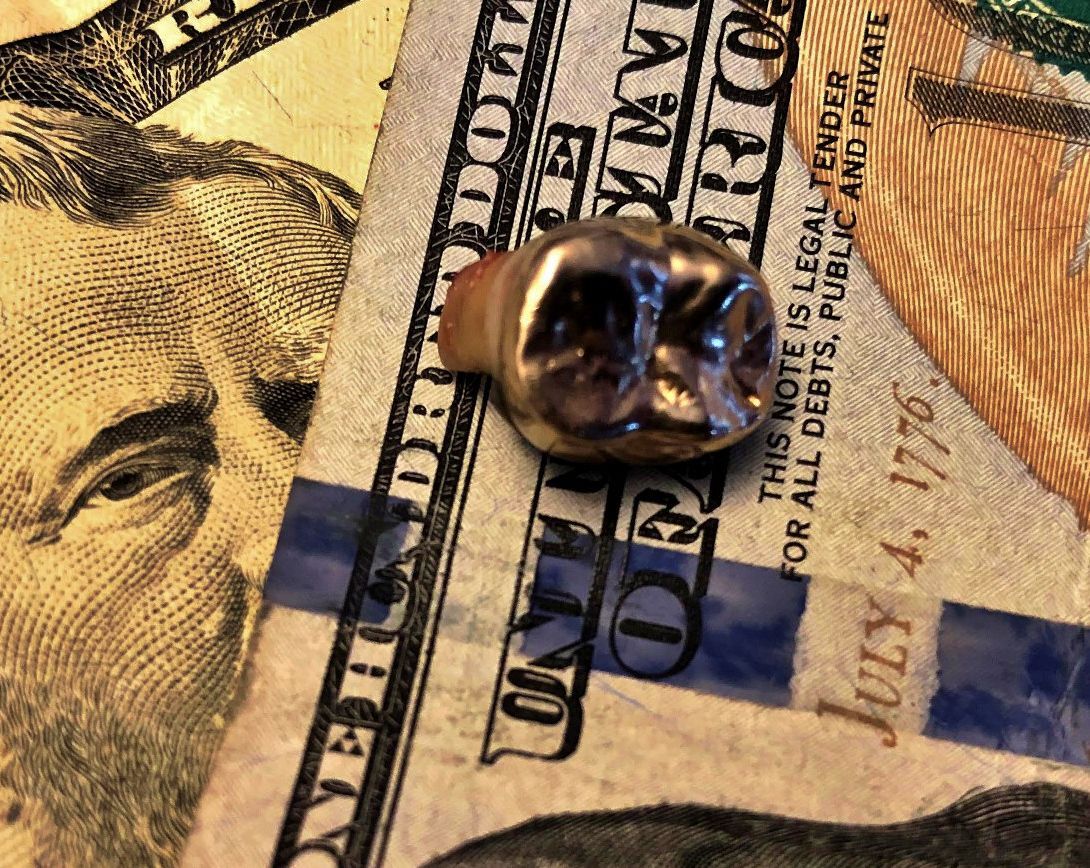 A gold crown that came out of Chris Hardie’s mouth might be worth $150 – or not.