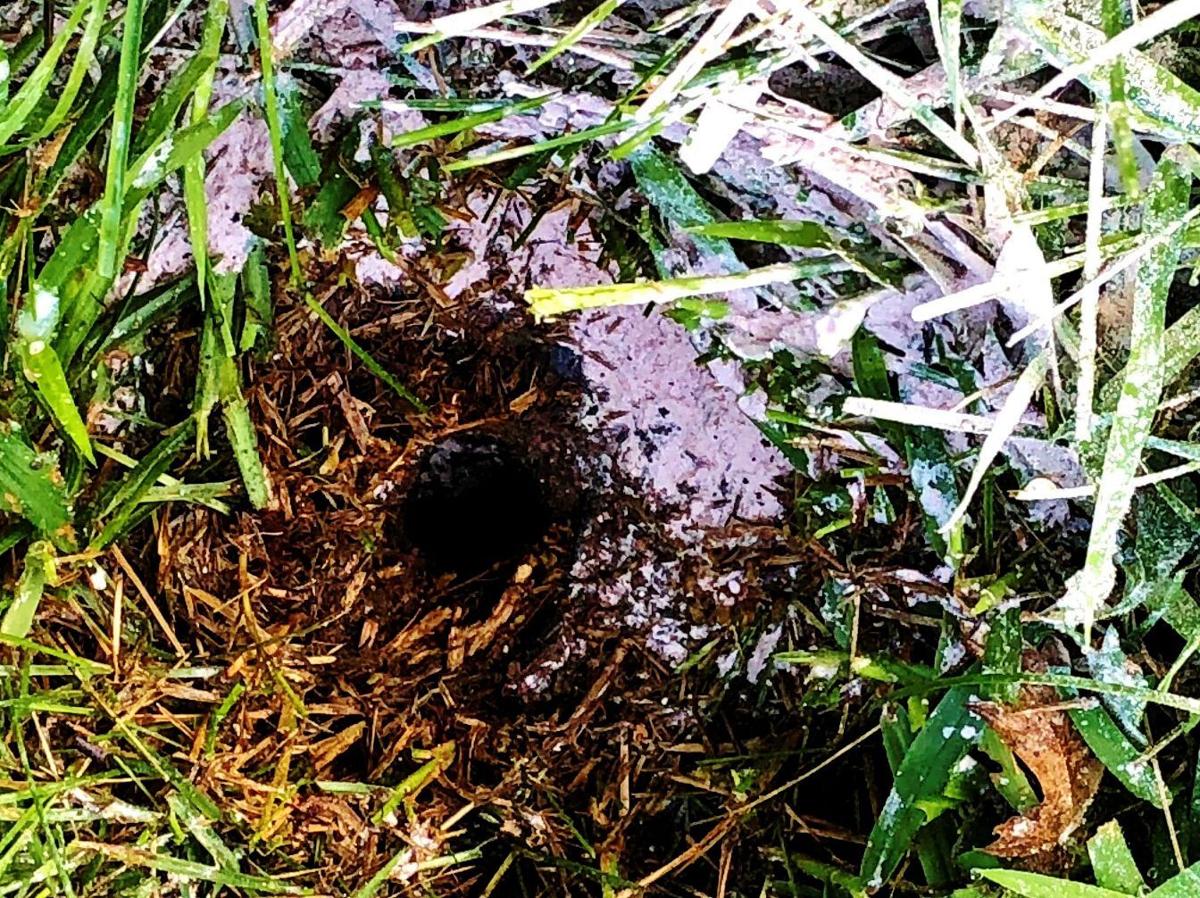 A hole in the ground leads to a yellow-jacket nest, which Chris Hardie sprays with a white insecticide. 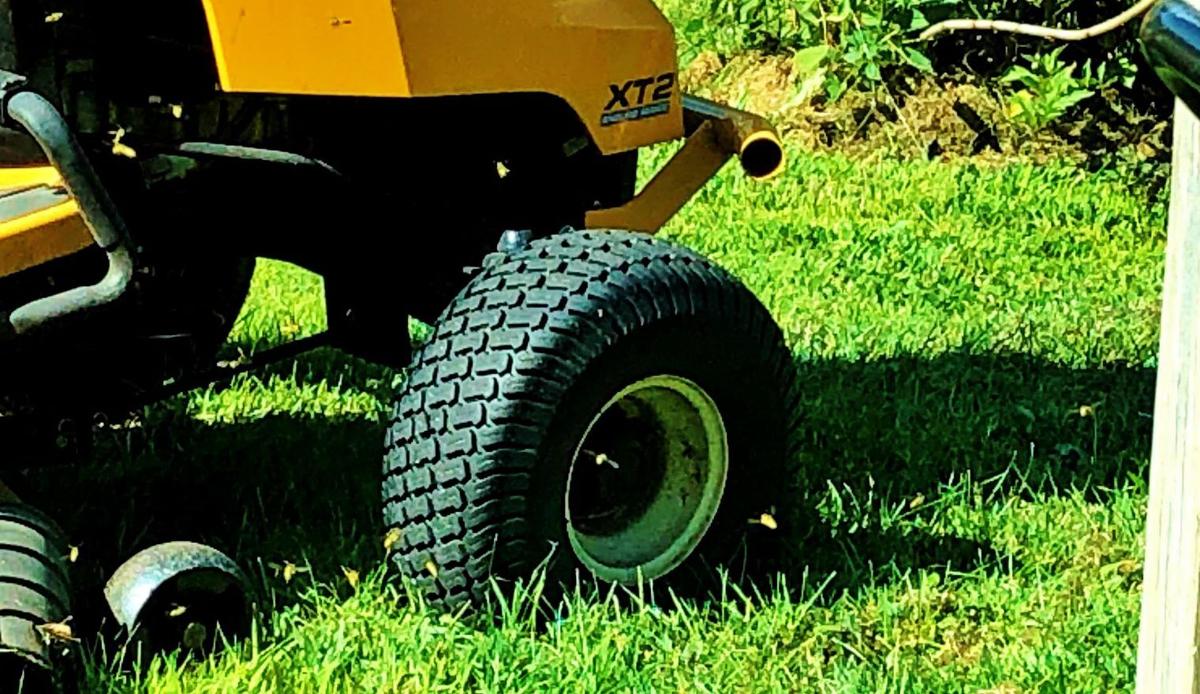 Look closely to see a swarm of yellow jackets defending their home.

A hole in the ground leads to a yellow-jacket nest, which Chris Hardie sprays with a white insecticide.

Look closely to see a swarm of yellow jackets defending their home.

I’m a natural procrastinator, subscribing to the belief that if you start something today that could have waited until tomorrow you’ll be too tired to finish the job anyway.

It’s a trait that has tested the patience of my better half, Sherry, for almost 38 years now; bless her. But she has adapted by creating and managing a complex rotating series of task lists that eventually grab my attention.

I’m explaining my do-it-later approach to set the scene for a near-miss episode likely caused by my dithering – although in my defense there is no proof. But I certainly suspect it.

There’s the remnant of a clothesline post in our backyard that was once a real clothesline connected by lines to another post. The other post was removed probably 10 years ago when we installed a greenhouse that was also removed this past year after winter storms crushed it.

The post serves no general purpose but I just haven’t gotten around to digging it up. I did find a use for it a few weeks ago to hold up two wood pallets that came off a delivery truck. It was just going to be temporary. Then we had another delivery and I added two more pallets to the pile.

To prove that I may be slow but am capable of learning, I decided on my own to take the proactive approach of moving the pallets before they were added to the task list. I had just pulled out the final pallet when I noticed a distinct hole in the ground next to the post.

Just as I was wondering what that hole was I had an uh-oh moment. I dropped the pallet and retreated to the cab of my nearby truck, just seconds before a swarm of angry yellow jackets poured out of the hole.

I had disturbed the proverbial hornet’s nest.

Many years ago I was mowing lawn and ran over top of a nest. I was stung about six times before escaping. There was a chance I was allergic to hornets at the time, so I went into the house to tell Sherry. She tore open the medicine cabinet and was armed with the epinephrine ready to stab me in the thigh. I suppose that was a better reaction than running for the important documents file to see if my life insurance policy was up-to-date.

Before she impaled my leg I told her to wait a bit to see if I had a reaction. I took an antihistamine and other than a little dizziness – which is difficult to discern from my normal mental state – I was fine.

I was not stung during my latest hornet encounter; I drove the truck a safe distance away from the nest.

This is the time of year when yellow jackets become a nuisance at picnics or other outdoor events. The colony is growing and worker hornets are foraging for food to expand the nest as the queen continues to lay eggs. If their home is threatened they will aggressively attack, stinging repeatedly with their lance-like stingers.

They are not bees and are not pollinators, so I had no ecological problem with eliminating a colony. They do attack and eat other insects, which is beneficial, but not when they are living so close to the house.

I don’t know if the nest came first or if it came after I stacked the pallets, but the shelter was gone. I had brief thoughts about a gas can and a match but I don’t need to be featured on a stupid-video show. So I waited for the yellow jackets to calm down – score one for vacillation. Early the next morning I sprayed the hole with insecticide and covered it with a bin.

I may need to repeat that a few more times before I carefully dig up the nest. And because the post needs to be removed anyway, I will dig a little more and also remove another task from the to-do list.

I shouldn’t dawdle because getting a two-for-one completed task is like a dilly-dallier and shilly-shallier double word score in Scrabble.

Visit youtu.be/2NwaCOxu2dQ for a video of the encounter.