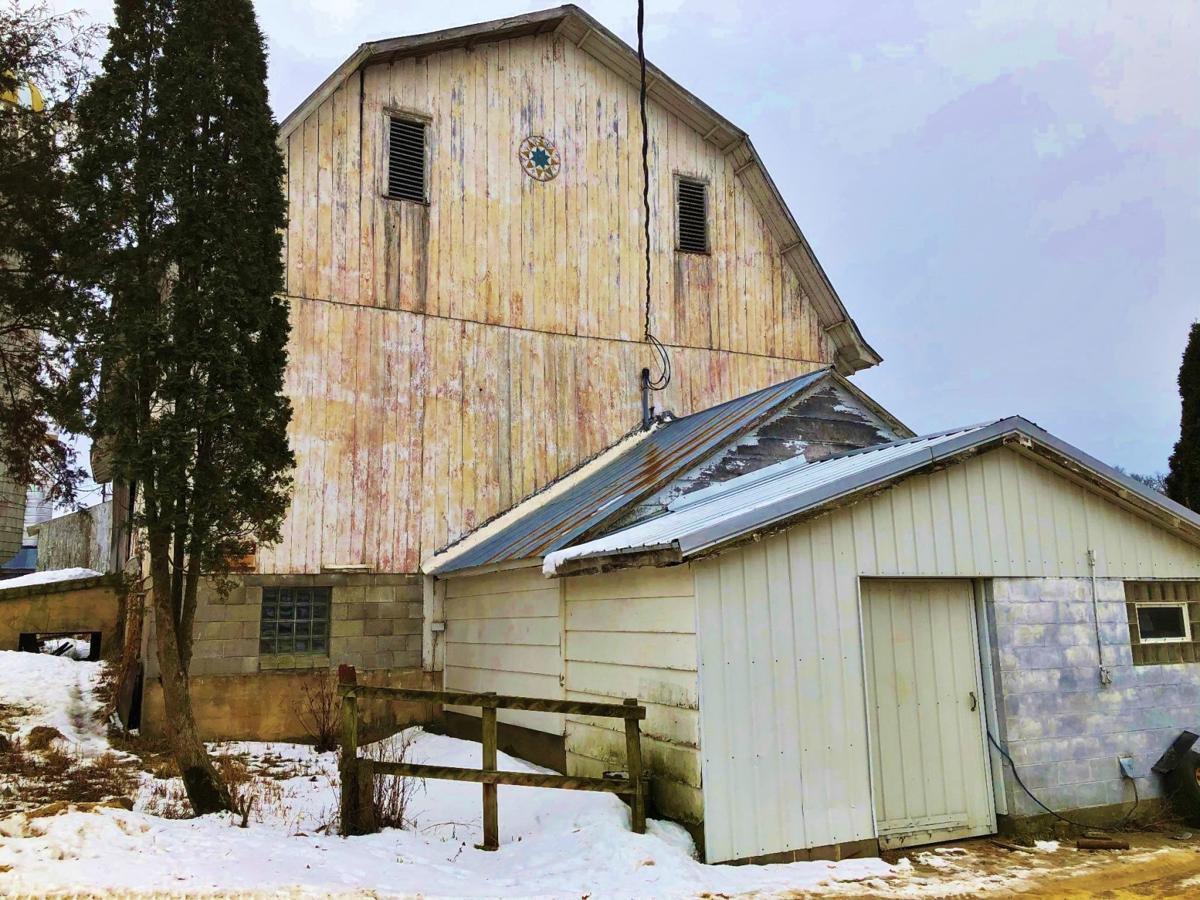 The former dairy barn on the Hardie farm is quiet. 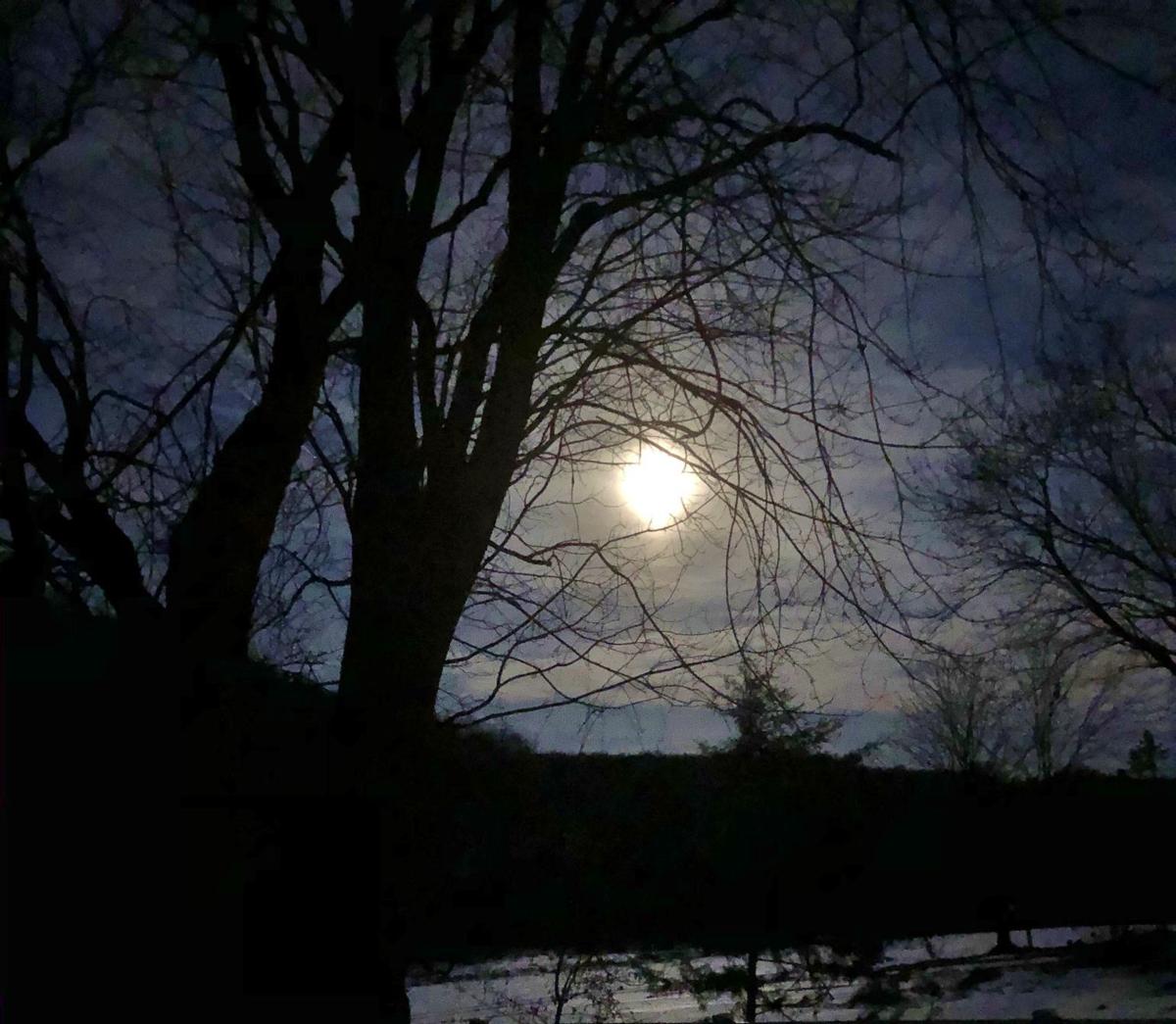 A full moon lights the sky on a dark winter morning. 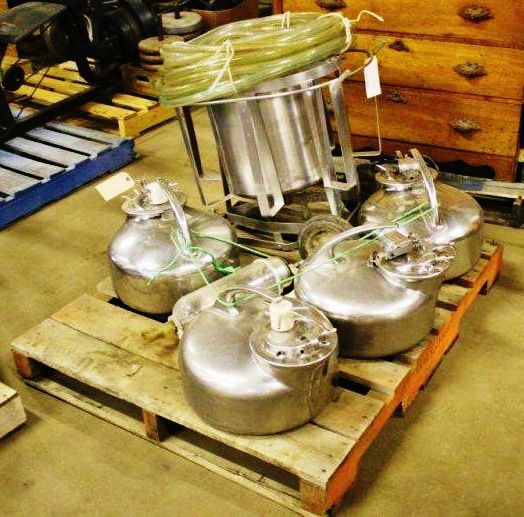 An online-auction photo shows equipment similar to what Chris Hardie milked with years ago. 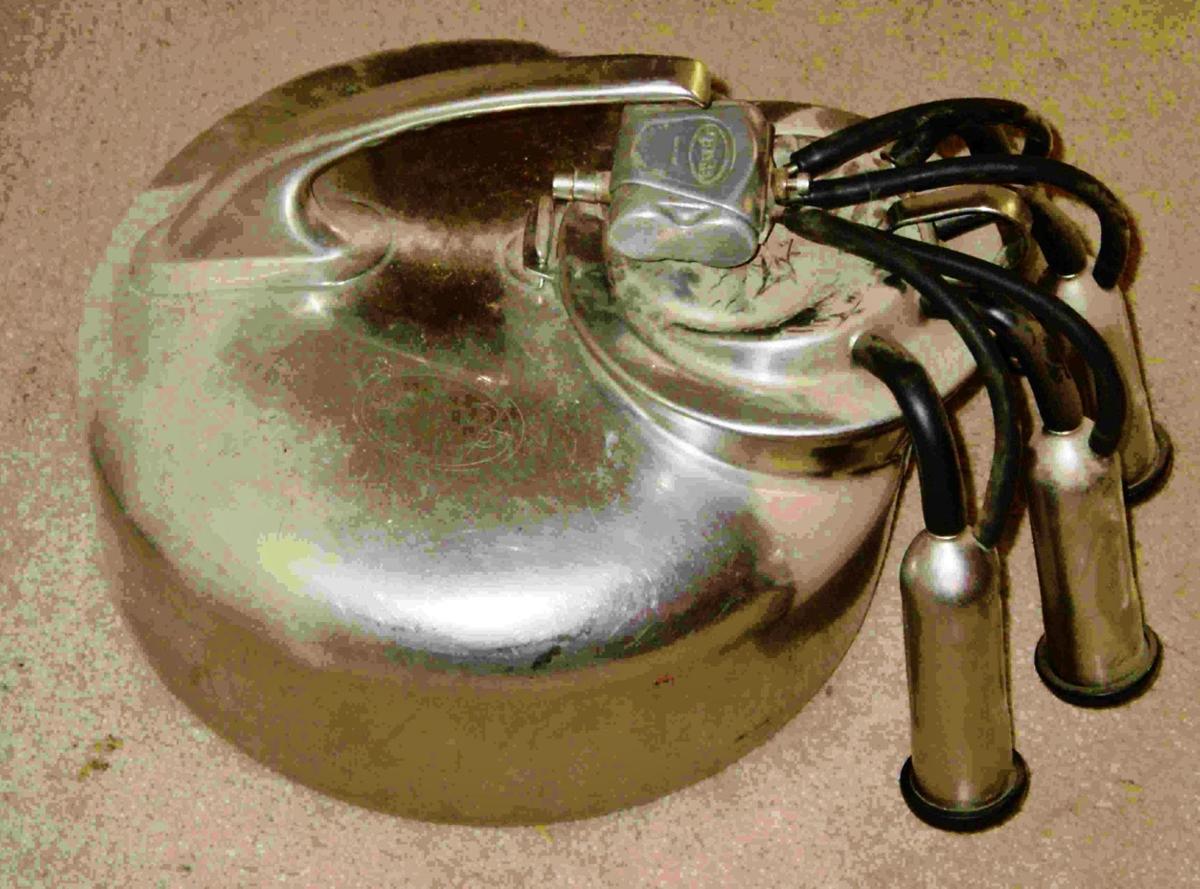 An auction photo shows a closeup of a Surge milking machine. 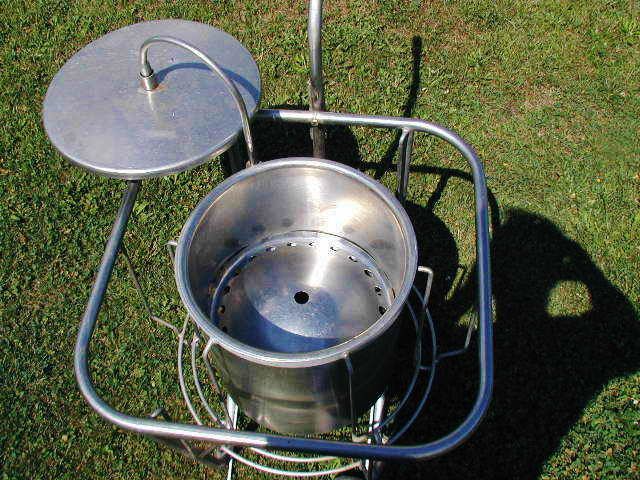 An online-auction photo shows a Step-Saver.

The former dairy barn on the Hardie farm is quiet.

A full moon lights the sky on a dark winter morning.

An online-auction photo shows equipment similar to what Chris Hardie milked with years ago.

An auction photo shows a closeup of a Surge milking machine.

An online-auction photo shows a Step-Saver.

It was 5 a.m. when Dad issued notice from the foot of the stairs. Usually I was already awake, having heard the alarm clock and listened to Dad walk down the steps to start his early-morning preparations.

It was winter on the farm. Outside it was well below zero; I was loathe to leave my warm bed. I could easily turn over and go back to sleep. But I learned the hard way that I didn’t want to be told twice.

“I’m up,” I replied, turning on the bedroom light for affirmation.

I caught a whiff of smoke as Dad stirred the coals in the wood stove before adding some pieces from the wood box, which would need to be refilled later in the day.

I came downstairs in my pajamas, shivering slightly as I pulled my barn clothes from the utility-room closet. Mom was always adamant that even though we worked in a barn we didn’t need to live in a house that smelled like one. I slipped on my boots, zipped up my coat and put on a pair of heavy gloves before stepping out the back door.

The frigid air hit my face and made me gasp. My boots squeaked against the snow as I made the short walk to the barn to join Dad. Sometimes it was my brother, Kevin, and me. During school mornings chores were handled by Dad and his cousin Bill.

Inside the stanchion barn were 65 Holsteins. The cold air was filled with vapor from their breathing. The only source of warmth in the barn was body heat from the cows – and sometimes that wasn’t enough. On extremely cold mornings water pipes would break, sending streams of water into the gutters.

Dad came from the milkhouse pulling a cart that held two buckets of hot water along with disinfectant and a large sponge for cleaning udders. I grabbed the surcingles – large leather straps that went over the tops of the cows to hold the milker-machine buckets.

The morning silence was interrupted when I threw the switch on the vacuum pump that operated the milking machines and the Step-Saver, a stainless steel cart wrapped in hose that was wheeled down the center of the barn aisle. A foot pedal opened the lid. Milk was dumped into the cart, sucked through the hose and fed into a bulk tank through a glass receiver jar in the milkhouse. The hose was hung from the ceiling by hooks.

We had four milking machines. When the barn door was shut we started milking. If there were three of us milking, one would wash and prep the cows, moving the surcingles down the aisle. Each milker would take a side with two machines.

We milked the cows with our bare hands that were constantly wet and numb from the cold. I tried to keep them warm by pressing them between the top of the cow’s udder and her haunch.

Sometimes there was idle chatter about which chores needed to be done that day. To pass the time we sometimes played our own version of 20 questions. Sometimes we listened to the clock radio hung by two pieces of twine, halfway down the barn.

But usually we milked in silence, slowly moving down the barn from cow to cow, skipping cows who were out of lactation. It was important but tedious work. I became familiar with each cow – how much they’d give, which took longer to milk and which tended to be a little jumpy and likely to kick at me or the milking machine.

Two hours later we’d reach the last 15 cows who were in one row of stanchions on the far side of the L-shaped barn. As we’d finish, one person would fill a cart with ground corn to feed each cow individually. The other would complete the milking, and then carry and wheel the milking equipment back to the milkhouse.

It was time for breakfast, so while the cows ate we’d go inside the house at about 7:30 a.m. to warm up and fuel up. The day had just started. Chores ahead of us included feeding calves, throwing down hay from the mow, scraping pens, cleaning gutters, spreading manure and hauling wood. We had a short break for lunch. Then it was another repeat performance of milking at the end of the day.

The barn was a busy place. But like many barns today it’s dark and silent, the last cow milked there almost 20 years ago. I sometimes glance at it during winter mornings and think back to those busy days.

I hated the hard work then, not realizing until I was older how much I learned. Responsibility, ingenuity and character became ingrained, building a straight line to later career successes.

A boy became a man.

An ad from Surge shows the proper way to use a surcingle and milking machine.

An ad from Surge shows the proper way to use a surcingle and milking machine.

An ad from 1958 shows the latest in milking equipment.

An ad from 1958 shows the latest in milking equipment.