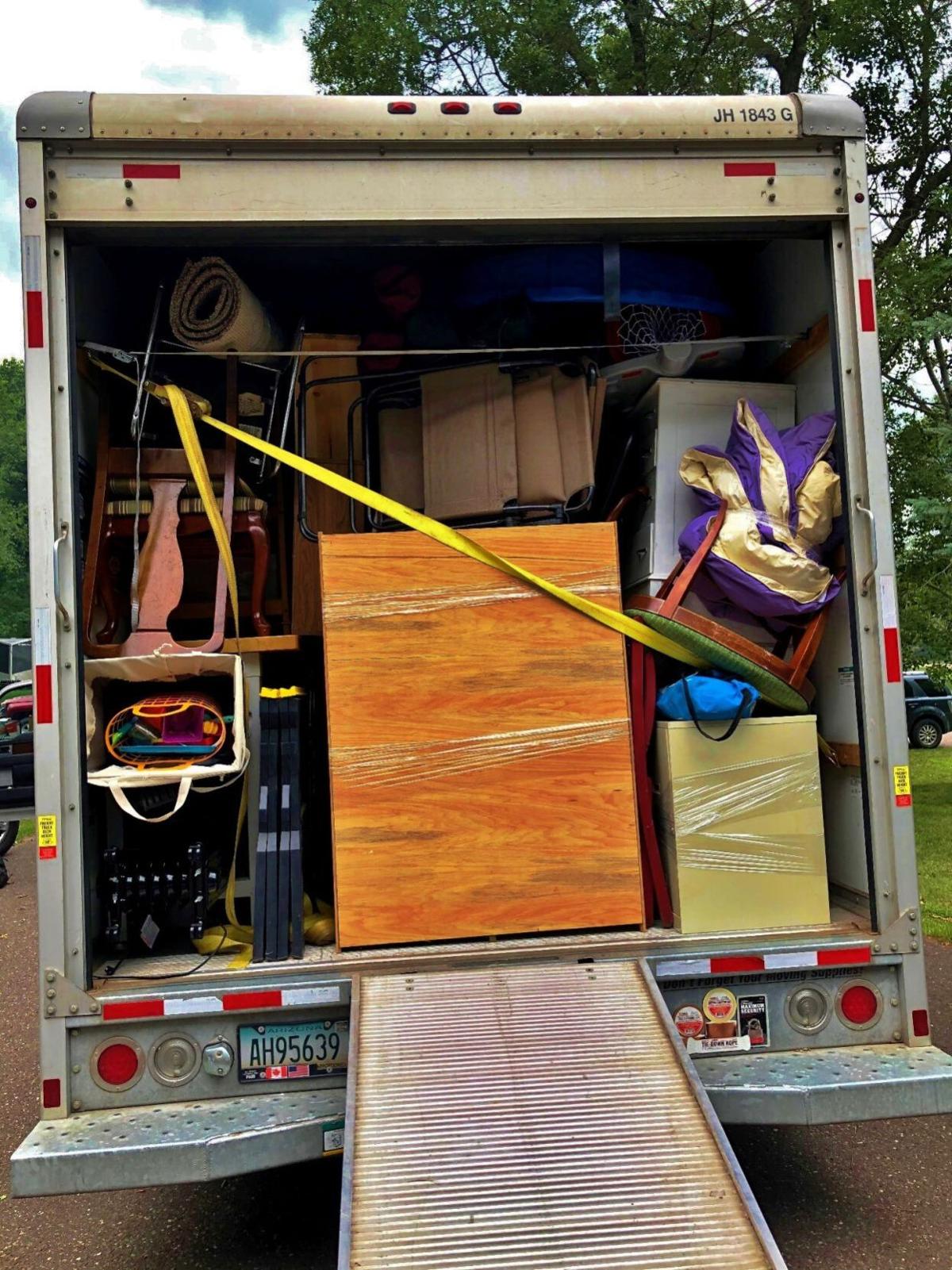 A 26-foot moving truck is packed and ready to go. 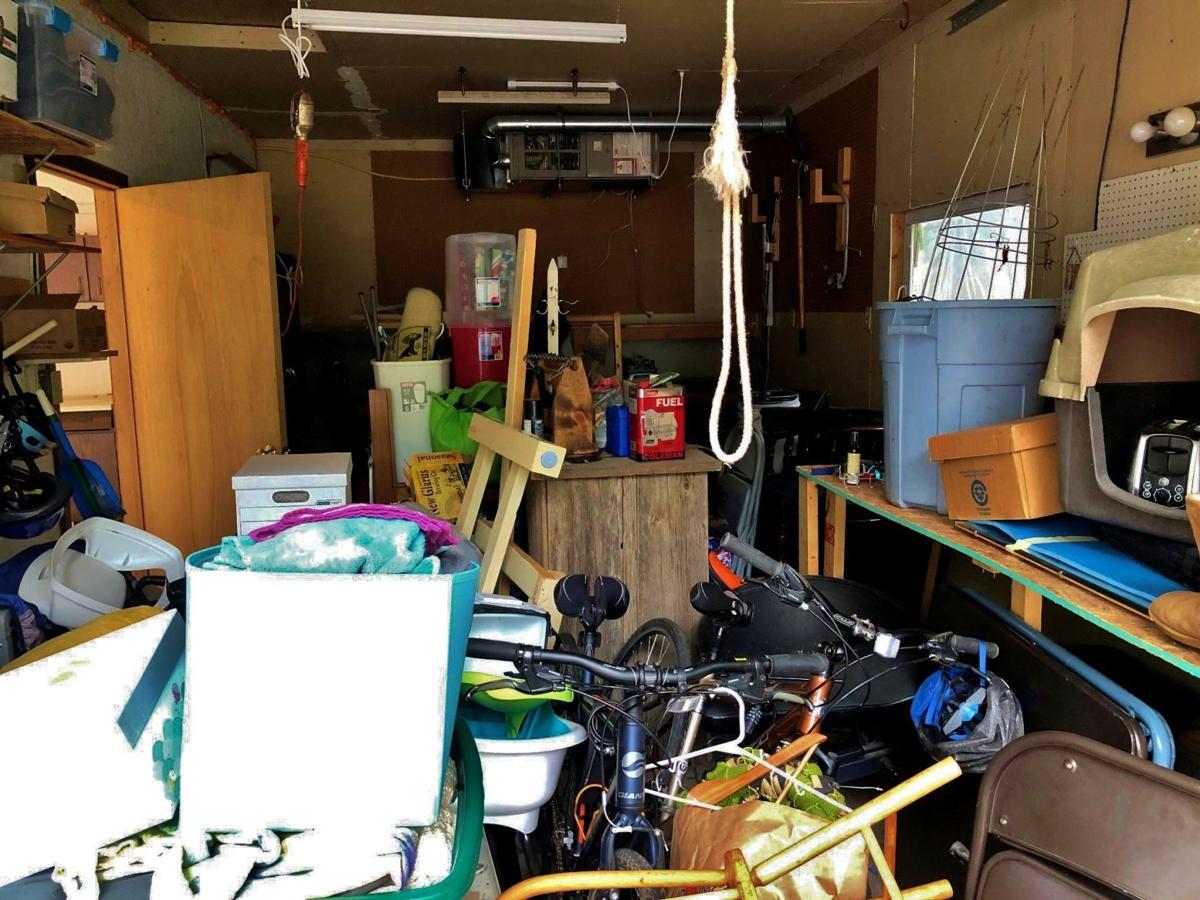 There's stuff that couldn't fit on the truck and will require another trip.

It’s the time of year when college students across the country pack up their belongings and head to campus.

It’s been a few years since our children have been in college, but I recently helped my son Ross and daughter-in-law Lucy pack and move, as Lucy is finishing her last year of seminary in Dubuque, Iowa.

This is the eighth time I have helped Ross move, which is as many times as Sherry and I have moved in 39 years of marriage. Helping children move is traditional in our family, as my late father and grandfather helped us move several times as well.

I have never moved further than 40 miles away, so most of our moves have been accomplished with many pickup loads. Such was the case in 1986 when we were moving from a mobile home into our first home outside of Mindoro.

It was a cold late November day and snow had recently fallen. Dad’s truck was being fixed, so he borrowed a pickup. The distance was only a few miles. We loaded the truck with appliances and didn’t bother to tie anything down.

The challenge was getting up the icy driveway to our house as the truck did not have four-wheel drive. In what hindsight now tells me was a stupid thing to do (which is a long-running theme in my life), I stood on the back of truck -- which didn’t have a tailgate -- and decided to hold everything down while Dad gunned it.

About halfway up the driveway the load started to shift -- toward me. I spread my arms as wide as possible and flattened myself out. I felt myself getting pushed backward by the weight just as Dad pulled onto the flat spot at the top of the driveway.

I looked down and saw my feet were right at the edge of the truck, just ahead of the freezer, stove and refrigerator that had slid backward. I could have been crushed by our appliances. But I wasn’t. So we used a few pieces of twine to help secure the next load -- and I still rode in the back just in case.

I also helped several staff members move -- one couple I helped three times. As Dad would say, you gotta make the best use out of a strong back and a weak mind.

I once helped a staff member move a large upright piano from his basement. Anyone who has moved a piano knows there’s a reason why they are often sold with the house.

In this case the walls surrounding the steps had been enclosed after the piano was moved into the basement. It was a four-man job and the staircase wasn’t wide enough to get two men on each side of the piano.

When I found out that the piano was not heading to Carnegie Hall but to the landfill, I proposed a solution. We laid boards across the steps to create a makeshift ramp and I backed up my truck to the back door. I tied a tow rope around the piano legs and the other end to my truck’s hitch.

A few minutes later, the piano was out the door, with some broken legs but no human limbs or digits harmed. Sometimes you just need a bigger hammer.

Helping my son’s family move didn’t require a tow rope, but did require some packing patience. Ross had rented a 26-foot moving truck and we slowly and methodically stacked walls of boxes, beds, mattresses, furniture and yes -- a piano -- held in place by strategically placed straps anchored to the walls..

Packing as tight as possible, we filled in nooks and crannies to eliminate shifting of the load. In a few hours most of the household was stacked, racked and packed for the next destination.

The only casualty -- I am told -- was one bookcase that was a little lightweight to begin with. The rest of the load arrived safe and sound.

The bad news is the truck wasn’t quite large enough and we’ll have to pack another load. The good news is this truck will be smaller and all of the heavy stuff went with the first load.

And we’ll get to repeat it next spring.

According to the U.S. Census:

An old farm neighbor and friend passed this week, too soon, well before any of us who loved him were ready to let him go. Like my brother Alan…

A 26-foot moving truck is packed and ready to go.

There's stuff that couldn't fit on the truck and will require another trip.