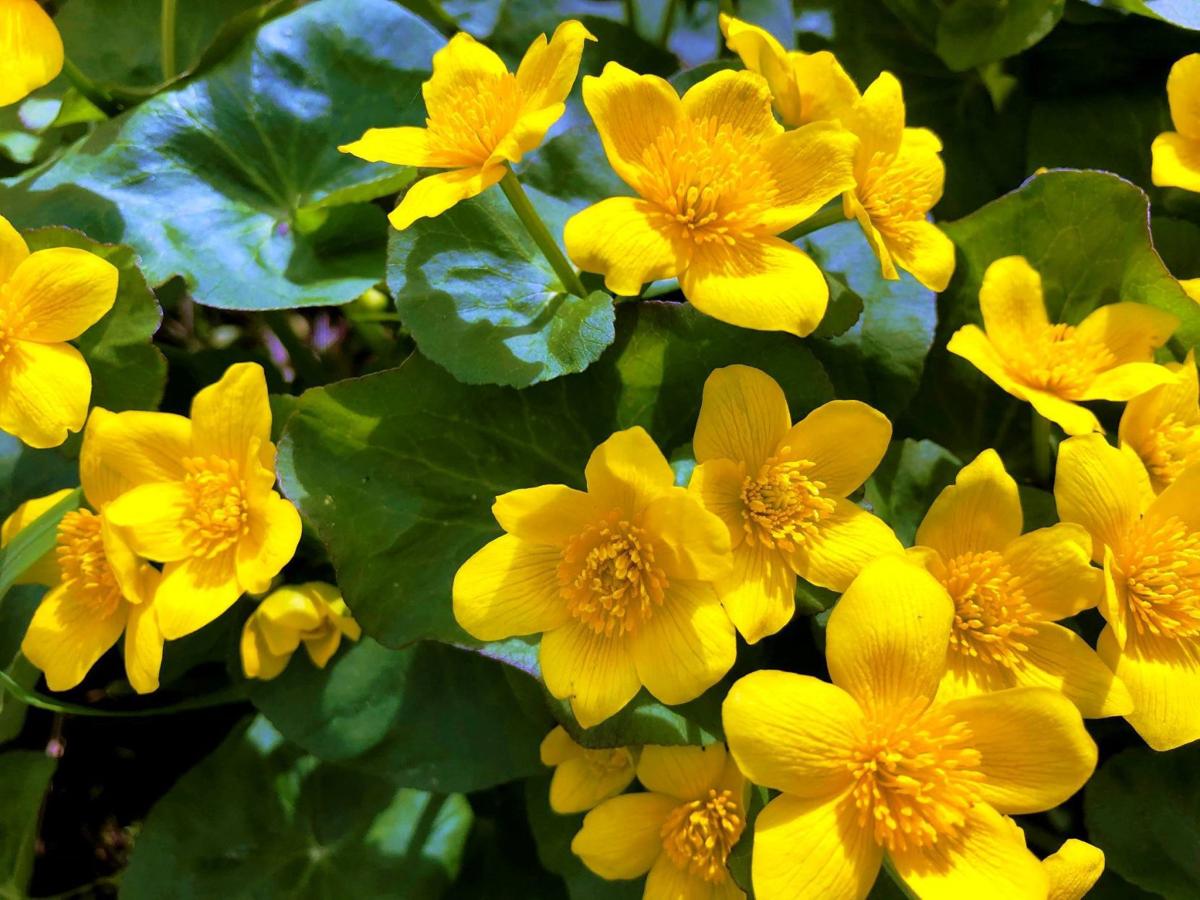 Marsh marigolds bloom in creek bottoms and boggy areas this time of year. 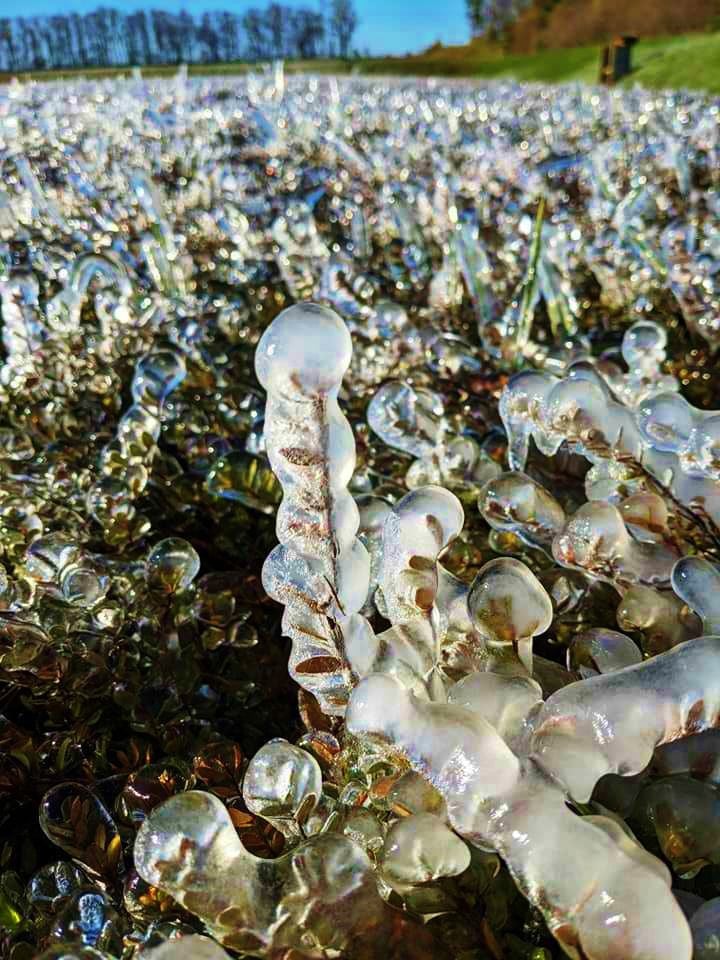 Some cranberry growers sprinkle their vines overnight during freezing temperatures. Budding cranberry plants are protected by layers of ice. 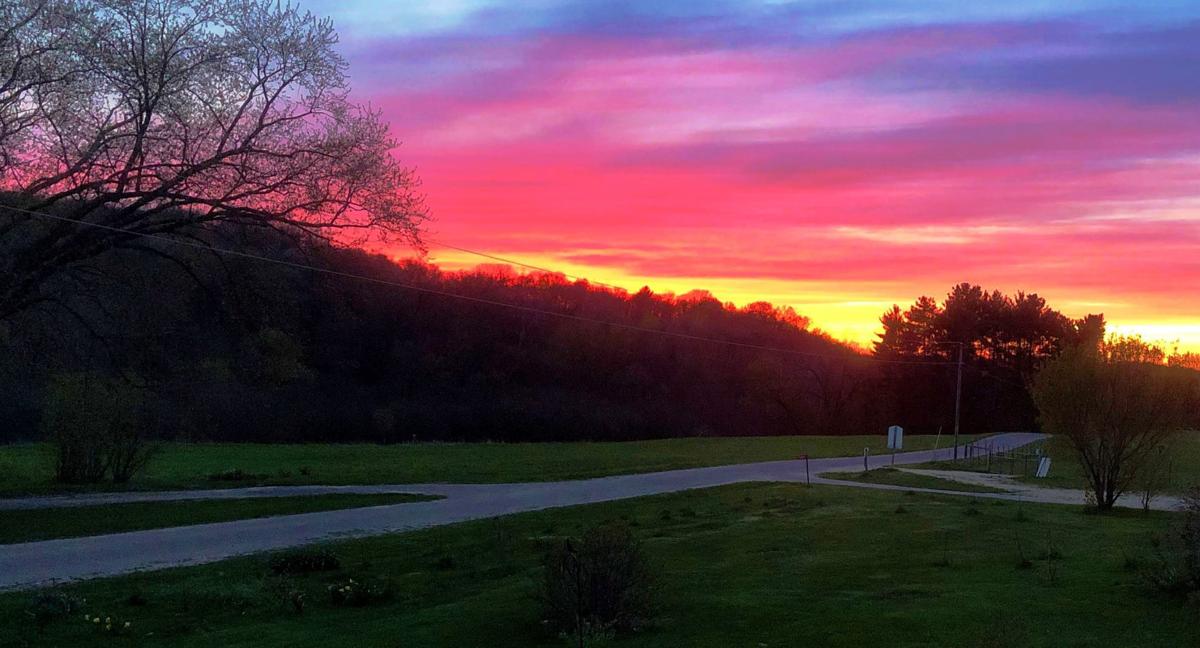 A glorious sunset marks a May evening before temperatures dip into the mid-teens on Chris Hardie’s farm.

A farmer plows a field in rural Jackson County, Wisconsin.

Marsh marigolds bloom in creek bottoms and boggy areas this time of year.

Some cranberry growers sprinkle their vines overnight during freezing temperatures. Budding cranberry plants are protected by layers of ice.

A glorious sunset marks a May evening before temperatures dip into the mid-teens on Chris Hardie’s farm.

A farmer plows a field in rural Jackson County, Wisconsin.

If April showers bring May flowers, a May polar vortex messes with my cortex.

Mother Nature was a little unkind during the Mother’s Day weekend, as mind-numbing cold weather dipped into the Upper Midwest. It brought ice and snow all the way into the northeast.

Record low temperatures were recorded across the country. In my neck of the woods the thermometer dipped to 14 degrees in Cataract, located between Sparta and Black River Falls, Wisconsin.

We typically are nipped by frost through the end of May, but not the middle-teens. We have not planted any annuals yet but we’ll soon learn if the frigid temperatures damaged our lilacs or apple trees.

It’s a terrible incongruity to mention polar vortex in the same sentence as May. The Arctic air mass sent me grumbling back to the woodpile to once again start the outdoor boiler.

It also creates agricultural challenges. Cranberry grower Jim Hoffman turned on sprinklers overnight at Goose Landing Cranberry, just north of Alma Center. His cranberry vines were just coming out of dormancy with some bud swelling. The coating of ice from the sprinklers protects the buds. He said other cranberry growers flood their beds to prevent buds freezing.

But in spite of the rude interruption of winter there are many signs of spring. The hummingbirds have returned and our creek bottoms are blooming with yellow marsh marigolds – also called cowslips, water buttercup or marybuds. The wildflowers grow in mounds with heart-shaped leaves and large buttercup-like yellow flowers. There is a profusion of the flowers this spring. They were always a favorite of my great-aunt Sara Clair.

The cold snap interrupted what – through the first week of May – was favorable weather for spring fieldwork across the state. The U.S. Department of Agriculture said as of May 3 almost 60 percent of spring tillage was complete, which is 16 days ahead of 2019. Corn planting was also 16 days ahead of 2019, with 32 percent complete.

There are cold-tolerant hybrids, but the University of Nebraska states corn can undergo a process called imbibitional chilling. I like to imbibe a bit when I’m chilling out, but that’s not a good thing with corn.

Corn absorbs water within the first 48 hours after the seed is planted. When the temperature is less than 50 during that time it can slow germination and delay seedling emergence. Apparently when corn seeds imbibe water, cell membranes stretch and cells expand. Water is densest at 39 degrees, so cold-water imbibing can result in damaged corn seed-cell membranes.

So I have one thing in common with corn seed. I’m pretty sure I’ve damaged a few of my cell membranes from over-imbibing a time or two that was related to being dense.

But to answer the eternal question of to plant or not to plant, research from Iowa State University-Extension states there is a smaller yield loss with very-early planting dates and larger yield losses with significantly delayed planting dates. We certainly saw that in 2019 when cold weather and flooded fields delayed corn planting.