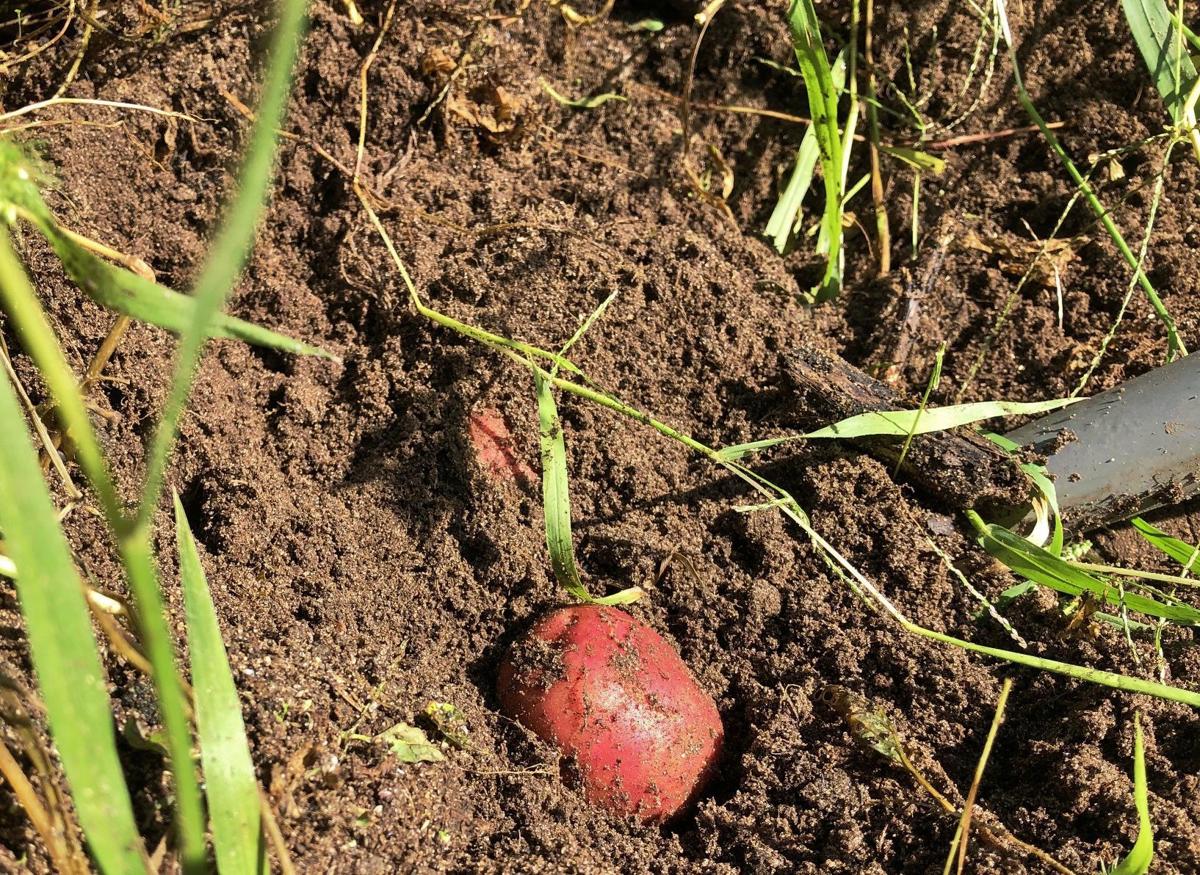 Finding potatoes in the weeds requires first locating the row. 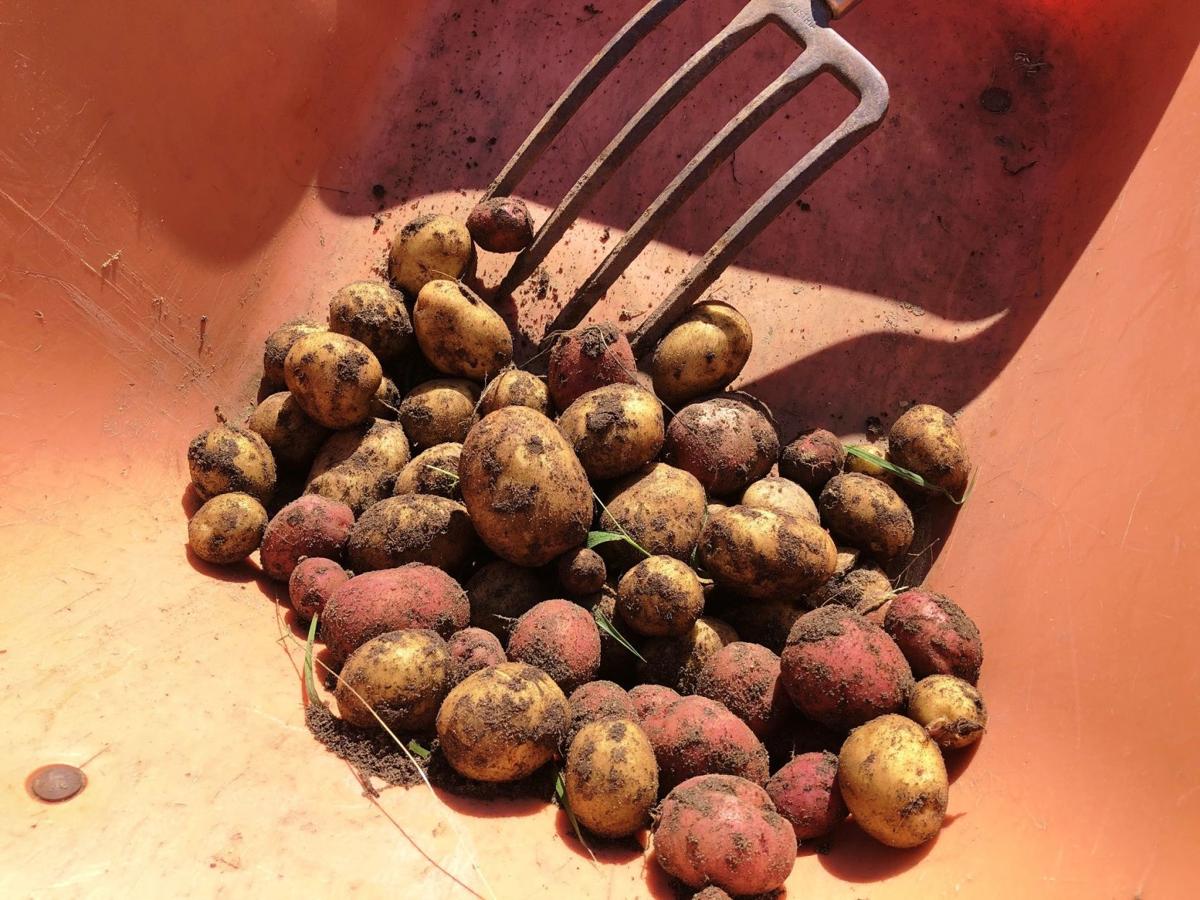 The Hardies collect their pitiful crop of potatoes in a wheelbarrow. 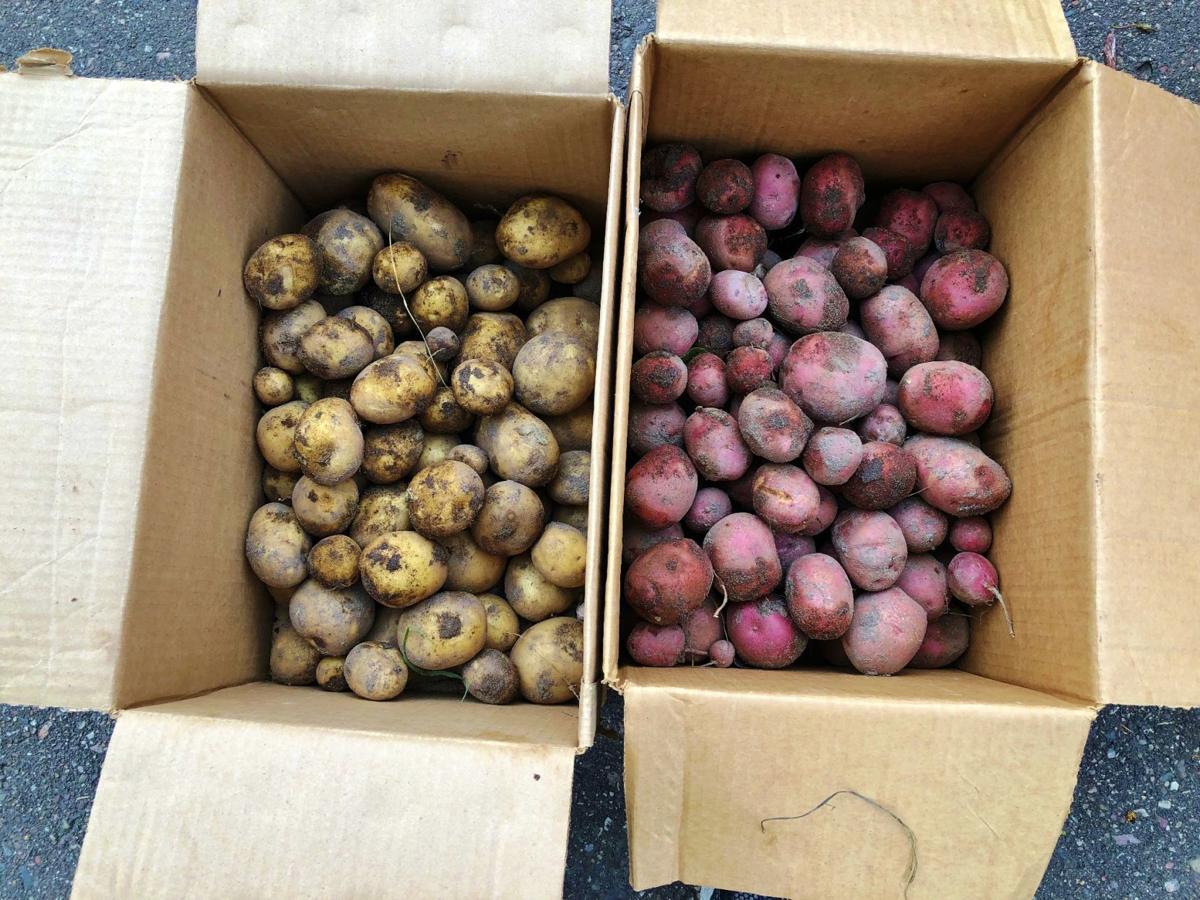 Two boxes are sadly enough for two rows of potatoes.

Finding potatoes in the weeds requires first locating the row.

The Hardies collect their pitiful crop of potatoes in a wheelbarrow.

Two boxes are sadly enough for two rows of potatoes.

Charles Darwin called it natural selection. Herbert Spencer – inspired by Darwin’s works – called it survival of the fittest. Either term certainly applies to our vegetable garden this year.

It’s not how we planned it. My wife. Sherry, is the master gardener who understands things like rotations, hardiness zones and proper planting. She acquires the knowledge and the seeds. I just provide the manual labor.

The late spring delayed the garden preparation and planting. Then weeds and wetness dominated, substantially reducing our harvest. We battled the weeds for a while but other tasks took priority. It wasn’t exactly a lost season, but sports analysts would say it was definitely a rebuilding year.

Perhaps it was an omen this spring when I finally had a few hours Memorial Day to work the soil, even though rain was forecast. That was nothing new. It rained every day for a while.

I took the rototiller out of the shed, gassed it up and pulled the starter cord.

The good news – the tiller started.

The bad news – the cord broke off so it was a one-shot deal.

The good news – I could finally work the soil.

The bad news – it started to rain … heavily.

Even with our lighter soil the mud started sticking on my boots. Wiping the water from my eyes, I slogged through. The rain let up so later in the day we even managed to plant some seeds.

Some crops fared okay; we had plenty of beans. The cucumber, corn, cabbage and broccoli all failed. Some were victims of bugs or rabbits; others never sprouted. The tomatoes rotted when I didn’t stake them up. Although I don’t know what’s wrong with plants that don’t take advantage of large lambs quarters to grow on.

This past week we did our final harvest, with the exception of some flowers and herbs. We harvested a few pumpkins, winter squash, beets and potatoes. That doesn’t include two or three miniature carrots.

The potato challenge was mainly locating the rows but we knew the general vicinity. After a few digs I finally found them. A few plants in and I immediately was thankful we were not dependent upon potatoes for our main source of food.

Potatoes are best dug with a fork because shovels tend to slice too many in half. But even with a digging fork we had a few potato shish kabobs. We set those aside for immediate eating.

The half-full wheelbarrow said it all. Our garden produce was the perfect picture of paucity – a season of perspiration portrayed by a poor production of a few pecks of pumpkins and potatoes. The puny panorama was pitiful.

But we gained a fresh perspective when we enjoyed a dinner of potatoes, beets and a Caprese salad with basil and our entire year’s tomato harvest – there were a few cherry tomatoes we were able to salvage.

Gardening is farming. We take the good with the bad. It’s never perfect.

Soon the growing season will be finished. Winter will come to help bury bad garden memories under the snow. Seed catalogues will arrive, with pages and pages of glossy images of garden perfection.

I’m not so sure about the rototiller.