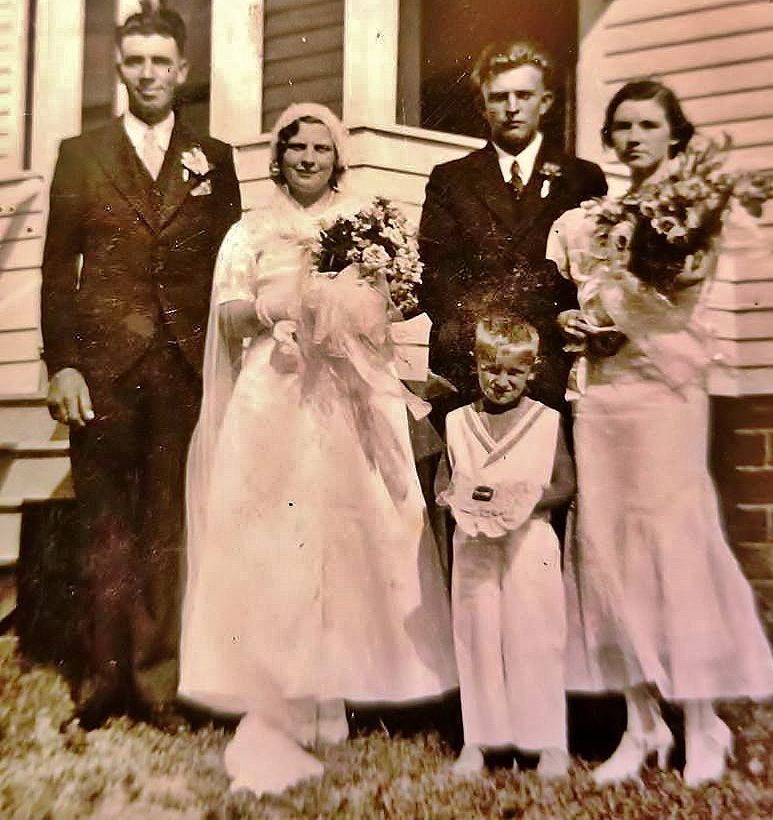 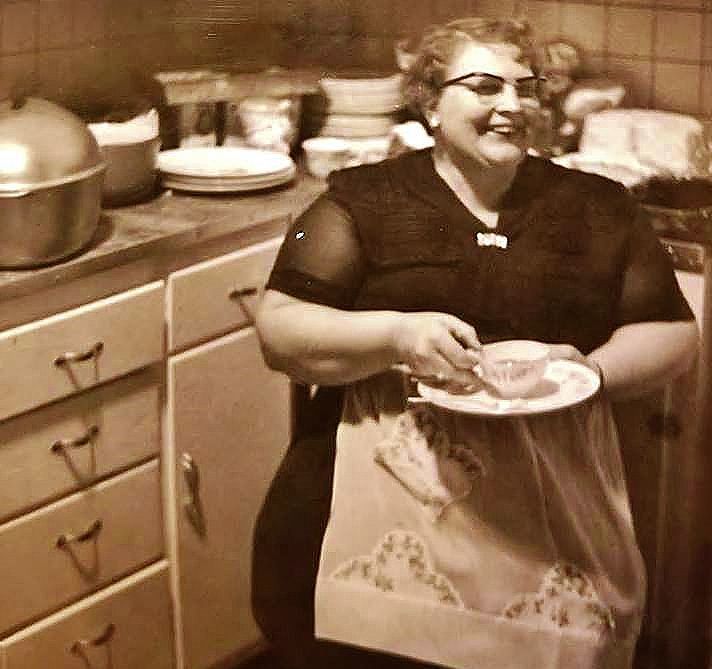 Cecile Hardie always has a cup of coffee close by. 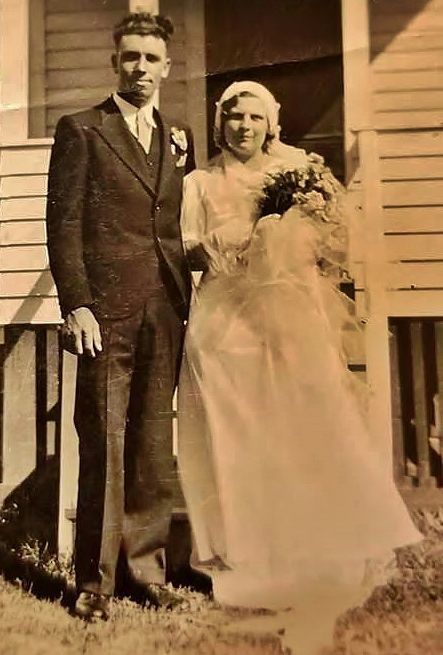 Keith and Cecile Hardie pose for their wedding day, July 15, 1933. Cecile’s mother had died the night before. 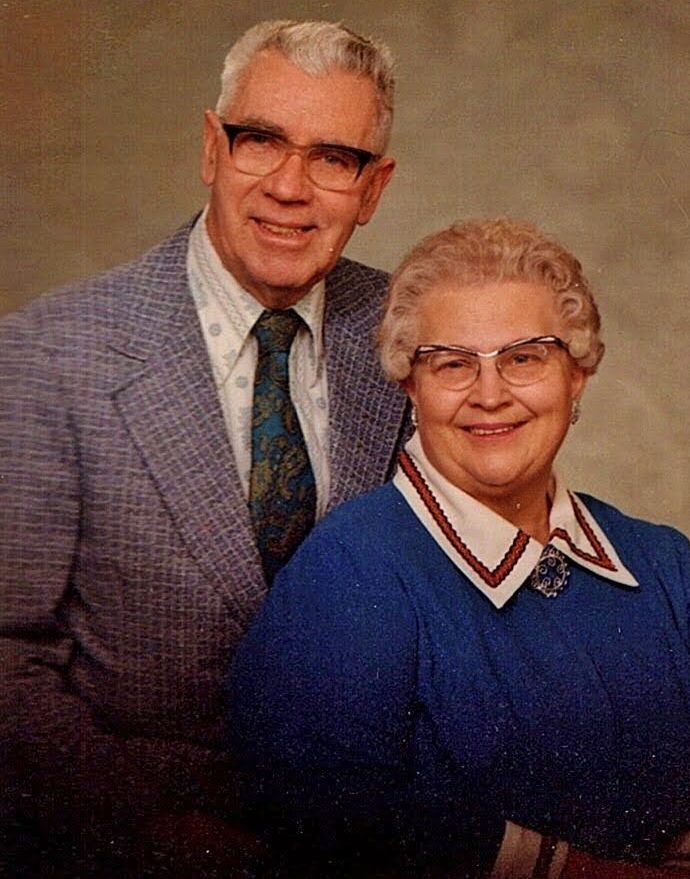 Keith and Cecile Hardie pose for a photo in the 1970s.

Cecile Hardie always has a cup of coffee close by.

Keith and Cecile Hardie pose for their wedding day, July 15, 1933. Cecile’s mother had died the night before.

Keith and Cecile Hardie pose for a photo in the 1970s.

Editor’s note: On the heels of this column came the news that Chris Hardie lost his father July 4 in a sudden death. Our condolences, hearts and prayers go out to the family.

Author’s note: My grandmother once wrote about a tragic experience in her life that changed it forever. Her story is based on an essay she submitted in 1977 to a University of Wisconsin-Division of Extension independent-study course.

Sometimes in our darkest times, when sorrow wracks our deepest soul, we feel hope is extinguished. There’s no escaping that loss, grief and despair are all inevitable roadblocks on our life’s journey. They are part of the pain of our fallen humanity and life in an imperfect world.

We never forget the sorrow but it’s how we move on that lifts our spirit. From the ashes of anguish arises the determination to carry on.

It was July 14, 1933, and Cecile Steine of Taylor, Wisconsin, was on top of the world. It was the day before her wedding to Keith Hardie. The wedding was to take place on the Hardie family farm; Cecile was busy helping her mother with preparations.

Aside from having a larger home, one of the reasons the Hardies were hosting the wedding was because Cecile’s mother, Elise, was under a doctor’s care for a heart condition.

“If she knew that she was in danger of having a heart attack, she never told anyone else about it,” Cecile wrote. “She carried on her busy life as usual each day.”

Cecile, 20, was the oldest of seven children – five boys and two girls age 5 and up. Her father, Samson, was a carpenter.

Elise spent the day putting the finishing touches on the wedding cake.

“By late afternoon it stood on the kitchen table in all its splendor – a symbol waiting for its special event,” Cecile wrote.

Cecile was busy having her hair done, readying her outfit for the wedding and packing for her honeymoon. The family had a light supper. Cecile and her brother Spencer, who was part of the wedding, left to travel the 3 miles to the Hardie farm for a rehearsal.

It was about 8 p.m. when the phone rang. It was Cecile’s grandmother who said one of her brothers had just come over to use the phone to call the doctor. Her mother was very ill.

Cecile and Keith rushed to her home to find her mother unconscious, her father trying to revive her. The doctor arrived a few minutes later but he could do nothing. Elise was gone.

“I think that for a few minutes I lost my sanity,” Cecile wrote. “I can remember that I was calling my mother’s name, frantically trying to get her to answer me.”

The doctor took Cecile’s hand and said, “Your mother is dead. She can’t hear your call.”

“I can remember the bitter anguish of those fatal words, ringing in my ears. I can remember Keith taking me in his arms and trying to soothe me and calm my bitter weeping.

“For an unknown time I felt completely alone and desolate – thinking only of my deep loss and misery. I can remember how I felt that even God had deserted me. It seems that I kept saying ‘There is no God! Where is he! What kind of God could take a 39-year-old mother and snatch her away when she’s needed so much by her family? Why? Why? Why?’”

Cecile said the doctor took her by the arms and told her, “Your mother is gone. She had a very bad heart and perhaps would have been an invalid eventually. You are a strong intelligent person. You will be able to cope with this. You know God is good. He is with you always. Your Dad needs you and your young sister and young brothers need you. Keith is a fine young man who loves you and he’ll help you to carry on and do the things that you will have to do.”

Those words helped Cecile face the moment; she realized her family needed her. She tracked down her brothers, who were scattered weeping bitterly by themselves, and gathered them in her arms.

“As we wept together just past midnight that July 15, I became a mother instead of just a sister to my sister and brothers. I accepted that responsibility. How lucky I was that I was about to be married to a man who accepted it too. He never resented the fact that he was called upon to share with me my bereft family.”

Early in the morning after consulting with the pastor, Keith and Cecile decided the wedding ceremony should go on. Few people could afford phones at the height of the Great Depression. Family was already traveling. And food was prepared for more than 200 guests.

“Pastor convinced us that our family could thus be together to help each other to bear the shock and burden of grief,” Cecile wrote.

Arriving guests for a day of joy were shocked to hear the news of the death. The ceremony was delayed for a half-hour so people could adjust.

The ceremony was short and solemn, held before a homemade wooden arch covered with summer flowers.

“It really was more like a funeral,” Cecile wrote. “To me it was like a blur. I can still feel the numbness that prevailed. I’m sure everyone there felt the tension, not only our immediate family. I am sure I never could have carried on the next few days if it hadn’t been for my husband’s concern, his strong arms to rest and weep in, and his assurance that I could get through it.”

The honeymoon was canceled. Instead of moving into a rented house the newlyweds moved in with Cecile’s family.

Life went on and at some point Cecile had her reconciliation with God.

“I can’t remember the exact time or place that I abandoned my feeling that God had left us alone and bereft. It must have left me when the numbness of my wedding day left me. I can’t now remember not being comforted by the thought that dear mother was at home in heaven.”

Keith and Cecile – along with two daughters Annette and Diane and one son Robert – my father – in 1940 built the young couple’s own home 2 miles away. Another daughter Margaret followed.

The couple lived in Sun Prairie, Wisconsin, for a few years in the 1960s while Keith served as a U.S. marshal. But they moved back to the family home in Franklin, Wisconsin, when he retired. Cecile died in 1979 and Keith died in 1994.

I live in the house where the solemn wedding occurred 87 years ago. But this home has had many happy memories of family gatherings here. There will be more suffering and sadness as time passes, but there will also be more joy.

As Grandma Cecile wrote, “We have always known that after the rains, the sunshine comes because we know from our experience that sorrow doesn’t stay with you unless you dwell on it. Happiness comes after grief.”

It’s a beautiful July morning as the sun climbs over the hill to shine on our valley.