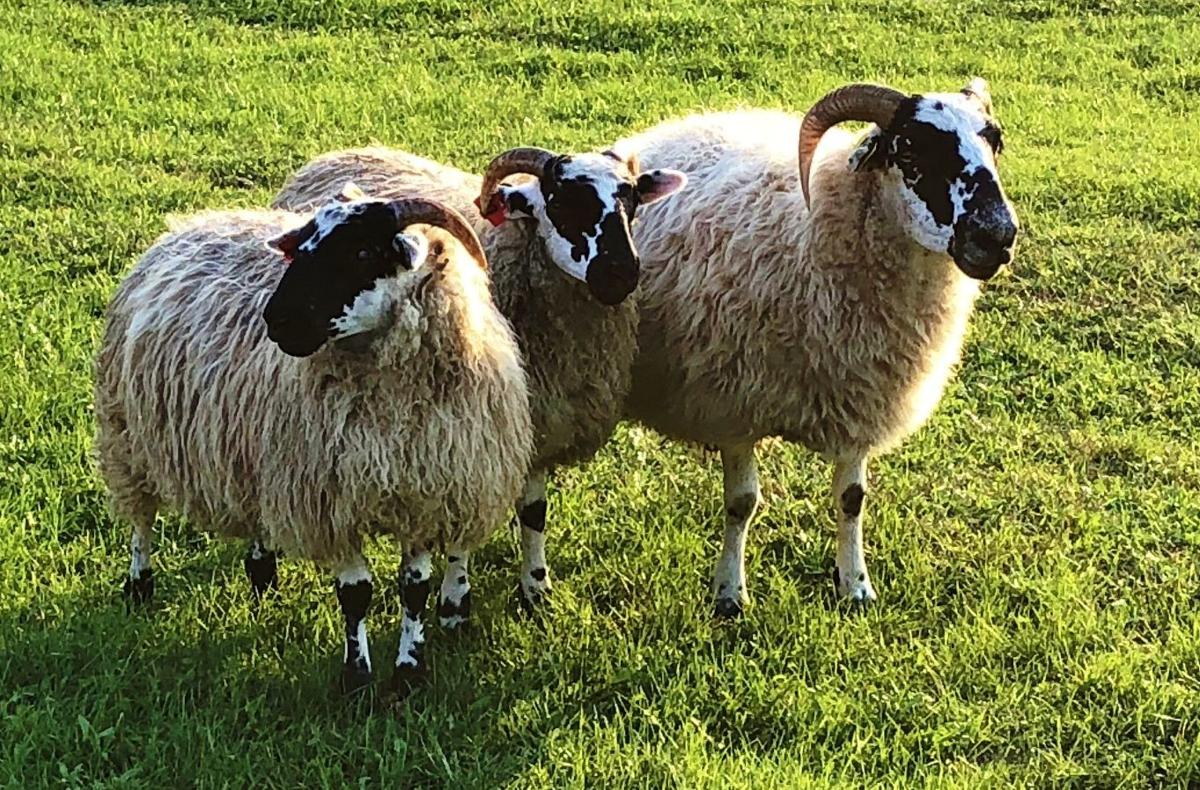 Three Scottish Blackface sheep are happy to graze their way through life. 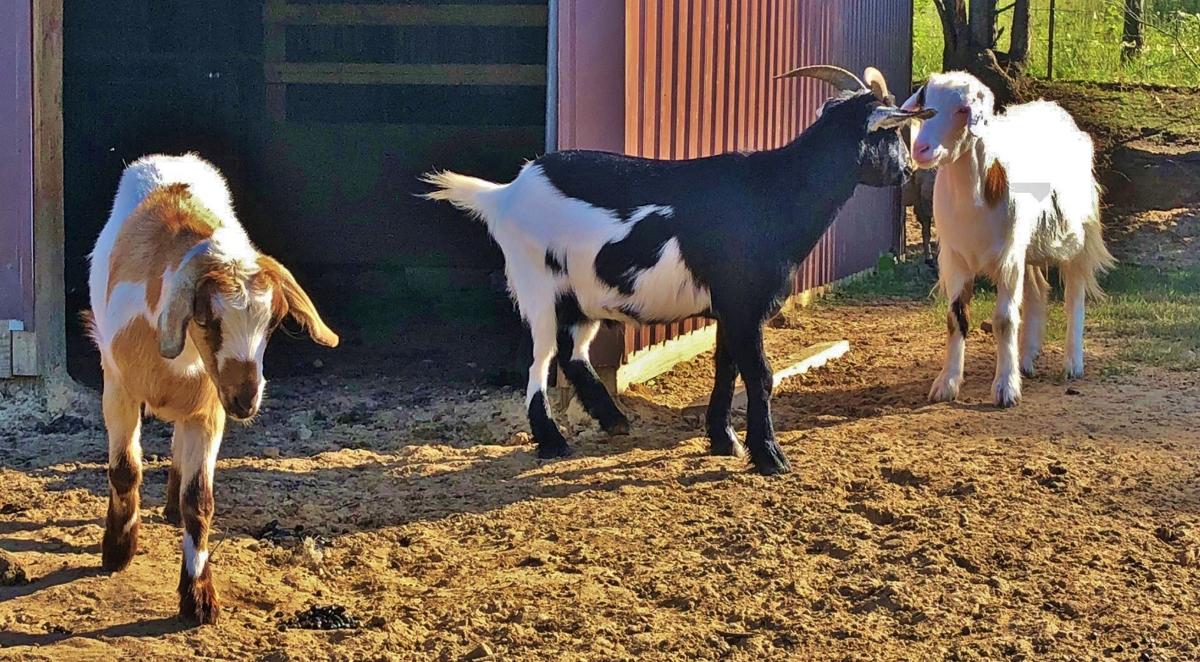 The three goats still living on Chris Hardie’s farm are, from left, Pan, Steve and Peter.

Sheep and goats graze together in 2018 on Chris Hardie’s farm. Goats are browsers while sheep are grazers.

The arrival of spring on the farm means plenty of fieldwork. But it also means livestock breaking through fences to arrive at the greenness on the other side.

I don’t have many animals left. But I will be chasing them soon if I don’t begin working on a few of my pasture fences that were propped up with some pallets, gates and twine through the winter.

We may romanticize about a home where the buffalos roam, but fences and confinement are a part of farming. And as long as we have cattle, sheep, horses, goats or any other pasturing critter we’ll be chasing them at one point or another. Sometimes it’s when they break through fences. Or it could be somewhere else.

A 1,500-pound fugitive steer that had been on the lam for almost two months, after escaping while on the way to a slaughterhouse, was finally captured recently in Rhode Island. The Associated Press said the steer escaped Feb. 4 when a wholesaler lost control of it.

The steer was seen several times in the area of Johnston, “including by a startled Uber driver – who reported seeing it during an early-morning run to pick up a passenger – as he was waiting for a traffic light to change.”

The police chief said he wanted to be sure the steer kept to wooded areas where it wouldn’t endanger drivers; he was relieved it had been captured without anyone being hurt. No word on whether the steer will now travel under beefed-up security.

Speaking of animals on the loose, Betsy the Northfield Goat of Jackson County, Wisconsin, is apparently alive and well. I wrote this past year about the Nigerian Dwarf goat that likes to hang out on the rocky ledges near the 100-mile marker of Interstate 94 by Northfield. Betsy -- who is “owned” by a local farmer – has been on the loose since 2018.

Photos and sightings of Betsy are posted on Facebook – visit www.facebook.com/northfieldgoat for more information. Her adventurers are followed by more than 2,000 people. Regular travelers along I-94 occasionally post glimpses of the elusive goat.

There were no reports after October 2020 – until a few weeks ago when a page follower posted she had seen Betsy again, perched high on the rocks.

Goats have incredible agility; they can even climb trees. That combined with intelligence equivalent to dogs and their ability to revert to the wild makes the cliff a perfect hangout for Betsy – who has managed to survive three winters so far.

And speaking of goats, researchers at Martin Luther University Halle-Wittenberg and the Leibniz Institute for Farm Animal Biology in Germany have just released a new study that claims goats appear to be smarter than sheep. The study didn’t include guest appearances on Jeopardy, but rather investigated how well the animals were able to navigate around obstacles to reach food.

The study pointed out that sheep and goats are closely related genetically, are about the same size, have similar social structures and have been domesticated by humans for the same amount of time. The difference comes from their foraging strategies; sheep are grazers but goats are browsers who prefer buds and fresh shoots. In human terms goats would go through the salad bar first, taking the best selections and leaving the rest for the sheep.

The test was to see how both species reacted to new spatial obstacles. An animal was put into an enclosure; a person stood on the other end offering food. In between was a fence with a gap. Researchers observed whether the animals moved directly toward the gap as well as the time it took them to reach the food. The gap was changed after a few rounds.

The results of testing 28 sheep and 21 goats showed in the first round goats found the gap sooner, although sheep reached their goal faster. Both were initially puzzled by the new position of the gap and needed a few attempts to adjust.

“Goats appear to adapt better and more accurately to new situations and move with less perseveration around the obstacle when the gap has changed. This suggests that they are more cognitively flexible than sheep,” stated co-author Britta Osthaus from Canterbury Christ Church University.

I haven’t yet read the entire study, but having raised both sheep and goats – and still having three goats – I would concur that goats are less hindered by obstacles. That’s because they usually just climb or jump over them.

I hope the study was privately funded and didn’t fleece taxpayers. I could have saved them a lot of money simply by asking my goat Steve.

Ahh spring. April is the month when we can finally count on spring. On the Roman calendar it’s spelled Aprilis, meaning “to open.” I’ll be wat…

Three Scottish Blackface sheep are happy to graze their way through life.

The three goats still living on Chris Hardie’s farm are, from left, Pan, Steve and Peter.

Sheep and goats graze together in 2018 on Chris Hardie’s farm. Goats are browsers while sheep are grazers.