OIL CITY, Wis. – The year was 1842 when Esau Johnson moved his family to a spot in Monroe County, Wisconsin, where the winding Kickapoo River meets Moore Creek. It was there in what would become the town of Sheldon that he built a sawmill.

The nearest town at the time was downriver at Prairie du Chien, Wisconsin, where Johnson would travel for supplies. It was several years before other families saw the benefits of the area; it was 1856 before they could find enough children in the locale to build the first school.

Back east big changes were happening that would influence the people in Sheldon. The 1850s brought improvements in processing oil, making kerosene available for lanterns; that replaced the old technology of alcohol-based camphene. People’s lives were brighter from the increased lumens provided by the new lamps and the future looked great. The first commercial oil well was developed in Pennsylvania to meet oil demand.

When the Civil War began Sheldon did its part, sending Winslow Heath, Lucian Rawson – who died in a railroad accident – and Daniel Lang. Those soldiers have graves marked in the sparsely populated Sheldon Cemetery. It was shortly after the close of the war that oil was discovered in several spots across Wisconsin. After the difficult times of the war, people were anxious for riches just like the citizens did in Oil City, Pennsylvania, when oil was discovered there.

Professor Louis Gano when arriving in the Kickapoo Valley gave his opinion that there was oil in the ground. People were quick to take notice.

“The surface indicators are as abundant in the Kickapoo Valley as in any locality in the West,” he boldly proclaimed.

Oil companies were formed, land was leased and the boom was on. Forty-two companies were chartered in Wisconsin, with five of those in Monroe County. Stocks were selling for as little as $5 apiece, so everyone could be part of the action.

A man named Tichnor, whose first name no one could later recall, moved into the Sheldon area with a charter for a company called Gem Petroleum Co. It was started at the same place where Esau Johnson had tried to make his fortune cutting wood 20 years earlier. Oil City was established and, like its Pennsylvania counterpart, its residents planned to become very rich.

The Gem Petroleum Company leased 4,080 acres and sold 12,000 shares of stock at $25 per share. Tichnor ordered boring machines and derricks for drilling into the newly discovered oil deposits. His workers drilled a well down 700 feet, but found no oil.

A geologist was brought in to talk to the people; his news was not good.

“The word of the geologist would not be listened to,” reported the Capital Times newspaper. “Speculators pointed to a green scum on the waters in certain places and in their own minds saw themselves as future oil kings in Wisconsin.”

The scum was real oil; holes had been punched in oil barrels that were then sunk to the bottom of Oil City’s artesian water ponds. The barrels trickled out enough oil so it looked like a real deposit was bubbling under the surface.

When the gig was up in 1866 after two years of speculation, Tichnor was gone – along with $50,000 of Oil City’s money. Gano, who was no professor, was never heard from again. Similar stories were told across Wisconsin as investors discovered there was no oil.

The oil boom was finished and the money was lost. But residents discovered water in the area’s many artesian wells was rich in minerals, including carbonate of iron used to treat anemia. The nearby town of Sparta took advantage, opening a spa touting the benefits of the water.

The residents of Oil City took their town seriously, though like the oil boom it never amounted to much. On the 1915 plat map Oil City is illustrated with 72 lots and six streets – but no houses. The Sheldon Town Hall sat at the corner of farmer Ben Drawner’s land; two blocks south was the school.

Farming once again ruled the area. A sugar-beet mill operated alongside the town borders. Drawner owned a thresher for custom small-grain work and a sawmill. Another resident, Henry Bredlow, became the local custom-threshing operator, owning three threshing rigs he used to work farms in Monroe and Vernon counties. During the 1950s and 1960s, his three sons – Walter, Robert and Philip – used Bredlow’s machine to start an impressive collection of threshers. It included a 1913 steam thresher that Bredlow bought new and a 1924 Rumley with an oil-pump engine. The Bredlow-brothers collection also included 24 small engines from washing machines, milkers and water pumps.

Oil City is still on most maps. The school is long gone, but the town hall remains along with six residences and the artesian wells. The farming survived; the oil did not.

For those with Monroe County, Wisconsin, roots, visit www.MonroeCountyHistory.org for historic photos and family-history information. 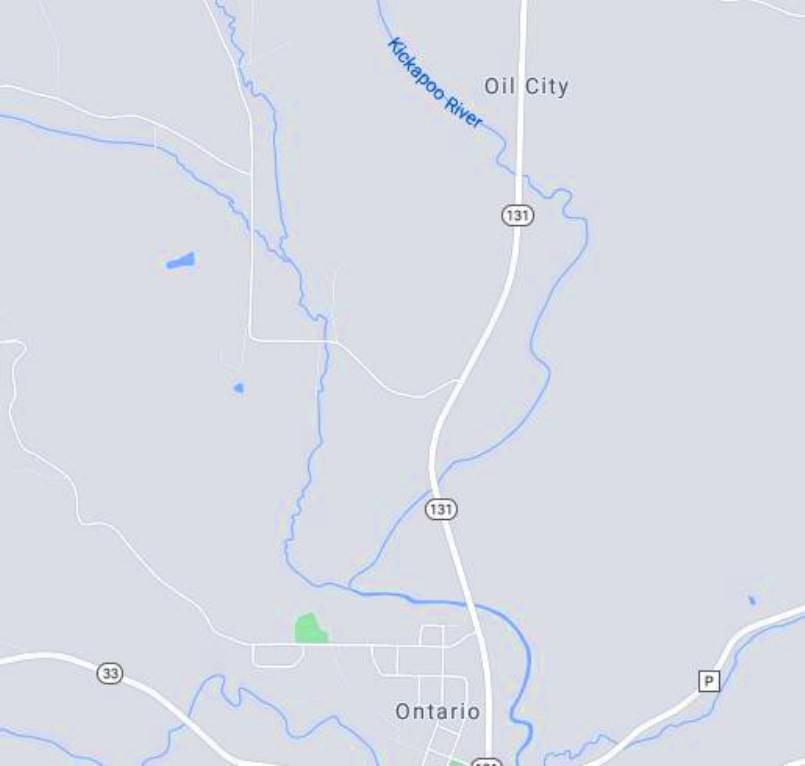 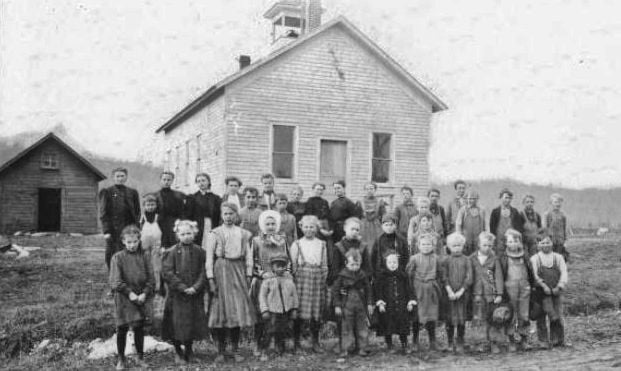 A 1905 photo shows the Oil City school. The school no longer stands, but the similar-looking town hall is still in use. 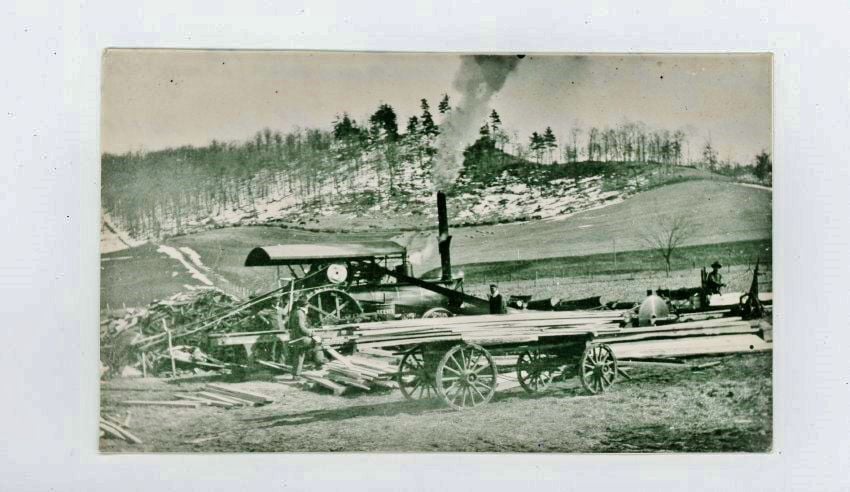 The Henry Bredlow sawmill in 1914 at Oil City is run by a steam engine. 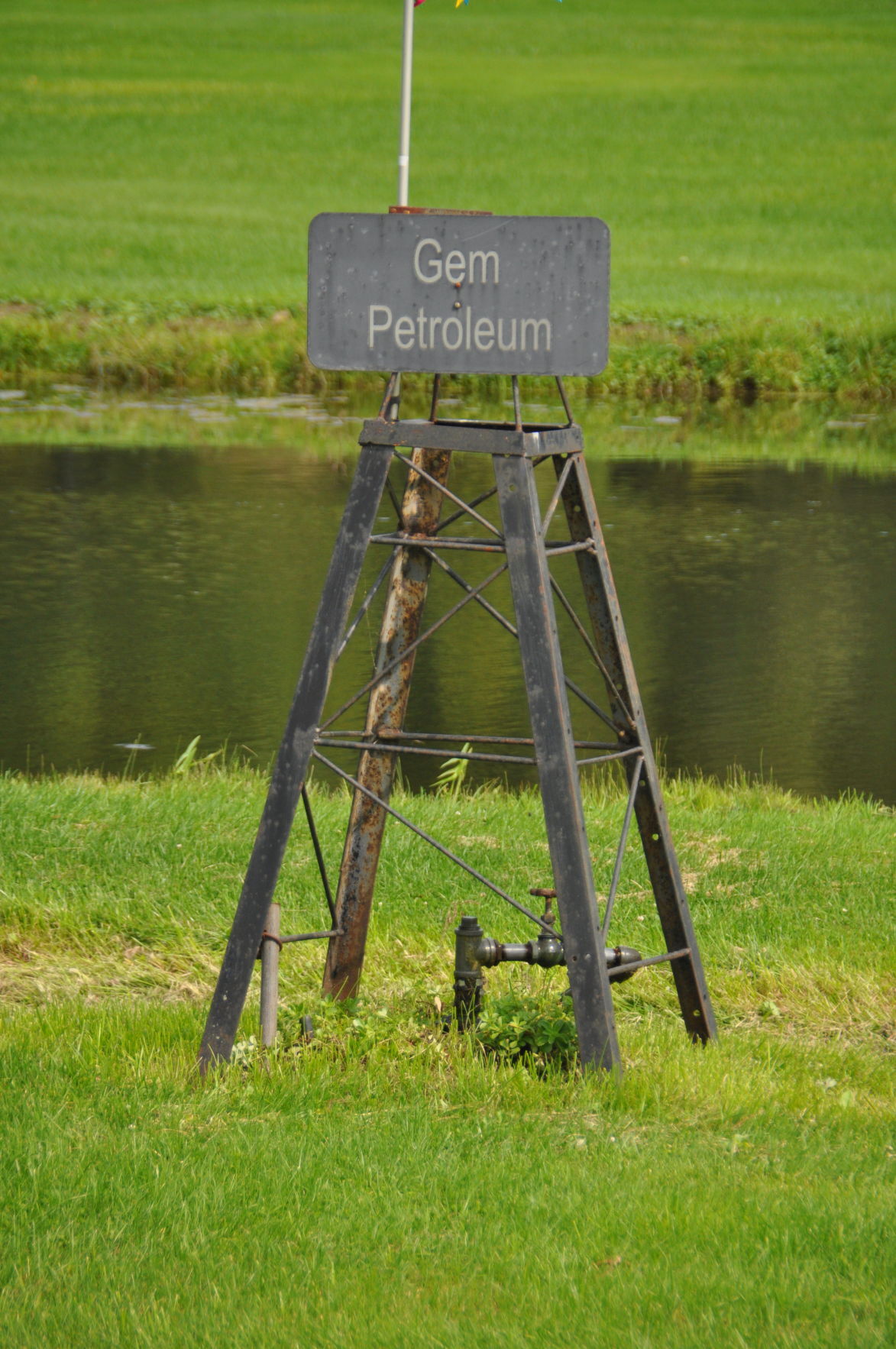 A miniature rendition of the Gem Petroleum Co. derrick stands sentinel in Oil City. The company went bust when no oil was found; a man named Tichnor absconded with the money. 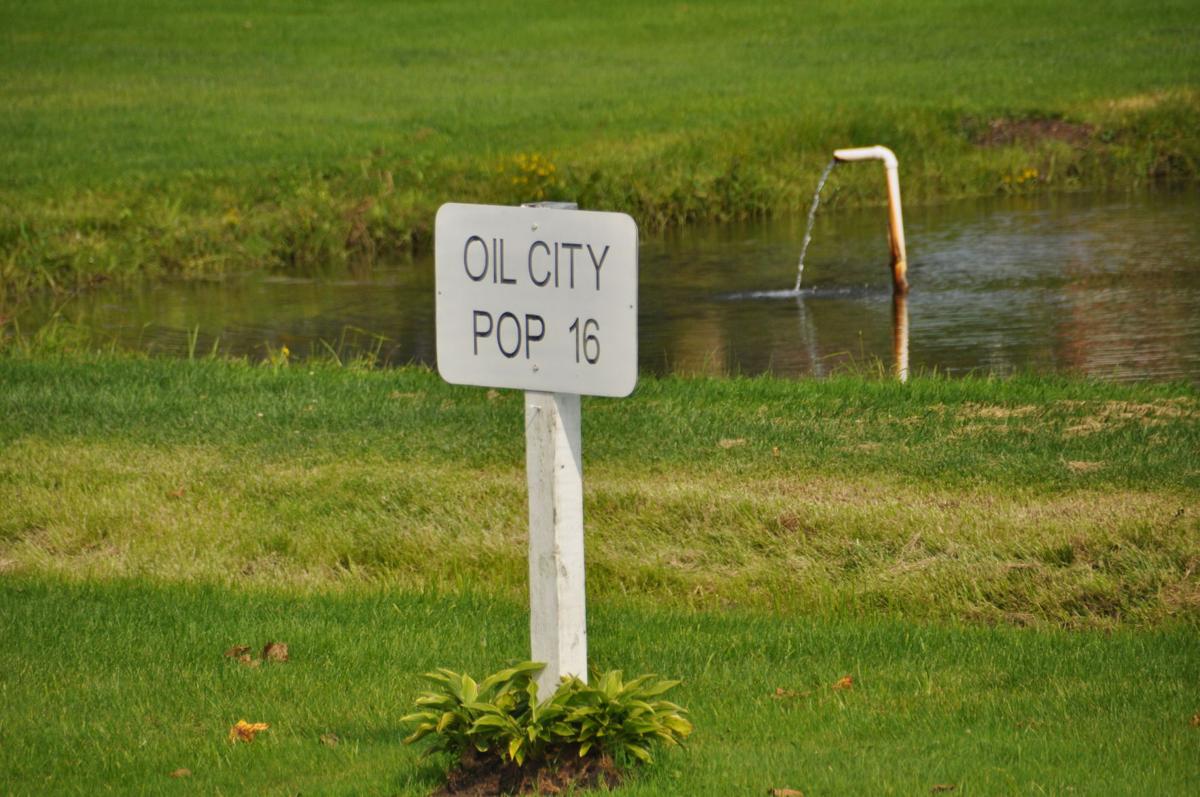 Although oil was never found at Oil City, the water in artesian wells and the surrounding area proved to be healthful.