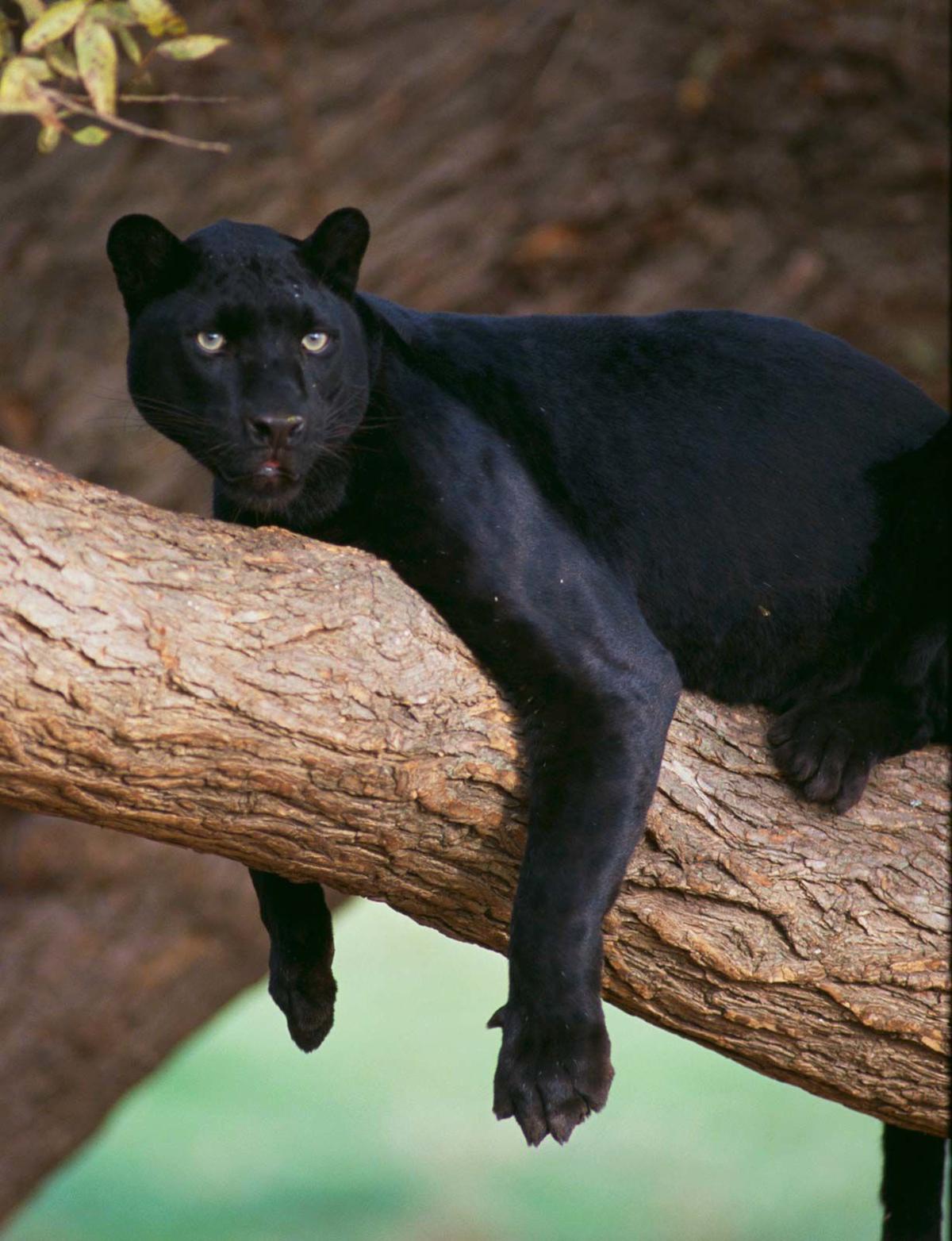 The word panther is usually used to describe mountain lions that live in North America. They are also called cougars and pumas. The black panther is not a separate species. 'Black panther' is a blanket term for any large cat with a black coat. It's caused by a gene that produces a dark pigment. Mammals with the mutation are known as melanistic. -- Source Stephanie Schuttler, wildlife biologist, stephanieschuttler.com

There are so many wonders to behold in God’s creation. One of them is something my wife, Jo, and I saw 11 years ago in our back yard on our family farm at the corner of Richland County Road D and Wisconsin Highway 58 near Loyd in Richland County.

We saw a black panther.

When I tell people about it, to this day they react as if I'm describing Big Foot or the Loch Ness Monster. Wisconsin Department of Natural Resources folk are especially skeptical.

They say, “You must have seen a bobcat or a cougar.”

It wasn’t so very long ago that they absolutely denied there are any cougars in Wisconsin. Trail cameras have since established what eyewitnesses had been saying for years.

When I told our neighbor, Bill Fuller, about our black panther, he said he had seen one about the same time on their farm just over the hill on Rustic View Road. His son, Steve Fuller, told me recently that he and another family member had a good look at the same one up the hill by the rock quarry. He said it had also been sighted in Wheat Hollow, just south of Loyd.

Journalist Steven J. Stanek has collected eyewitness accounts of numerous sightings of black panthers through the years, around the Hillsboro area of Wisconsin. His articles have appeared in the Hillsboro Sentry-Enterprise and in Fate Magazine. He was also one of the primary sources for a 2019 film documentary, “Return to Wild Cat Mountain: Wisconsin’s Black Panther Nexus,” directed by Linda S. Godfrey. A two-minute trailer of the film, which includes interviews with several eyewitnesses, can be found on YouTube. Visit youtu.be/BTc-t85UeDw to view the trailer.

“One summer morning in Elroy (Wisconsin) in 2010, near the Baraboo River, Helen McDonald saw an enormous black cat drinking from a pond in her yard as she watched from a window.”

In May 2017 near Wonewoc, Wisconsin, Cody Revels and Katie Coleman “experienced an extended encounter with a black panther near a fishing pond and captured it on cell phone video, which they later posted online for a limited time on the Messenger of Juneau County.”

Dean Henning, a farmer near Clinton in southern Wisconsin, wrote to me in 2015 about a large black cat he saw walking on the edge of one of his fields.

“When I first saw this large cat I stopped and studied the size by comparing it to the trees behind it and the distance from where I was standing,” he said. “In my mind it was a large black panther. I quickly ran to my truck to get my binoculars, but by the time I returned the large cat was no longer visible.”

My own sighting occurred on a bright fall morning as I was spraying for red bugs – Sept. 21, 2009. It was one of those singular shining moments I will never forget.

I had just completed the first pass around the south side of the house when Jo called out from the deck, “Is that a cat out there by the brush pile? It looks too big to be a cat.”

I wiped my goggles and peered out through the chemical fog toward the brush pile that had been accumulating for decades out by the back fence. There was, indeed, a very large cat crouched near a woodchuck hole. I walked toward the brush pile to have a better look. Jo was right. It was one huge feline, about 4 feet long and maybe 60 pounds, at least six times the size of an ordinary house cat. He had little pointy ears, a coal-black coat that glistened in the morning sun and a 3-foot-long tail. Most striking were his menacing eyes.

I moved closer. The penetrating eyes that had been fixed on the hole were now lasered directly on me. The dark creature was perfectly still – waiting, watching and warily eyeing me as I continued my approach. He was poised to spring at the slightest alarm. His eerie stillness was disturbing.

I came to an abrupt stop about 50 feet away when it suddenly occurred to me that the black panther could most likely outrun me. I kept looking into his eyes as I backed away. The still eyes stared back. And then he was gone, leaving only a perfect memory.

Visit www.facebook.com/WhiteLhasa for more information about the documentary.

The word panther is usually used to describe mountain lions that live in North America. They are also called cougars and pumas. The black panther is not a separate species. 'Black panther' is a blanket term for any large cat with a black coat. It's caused by a gene that produces a dark pigment. Mammals with the mutation are known as melanistic. -- Source Stephanie Schuttler, wildlife biologist, stephanieschuttler.com