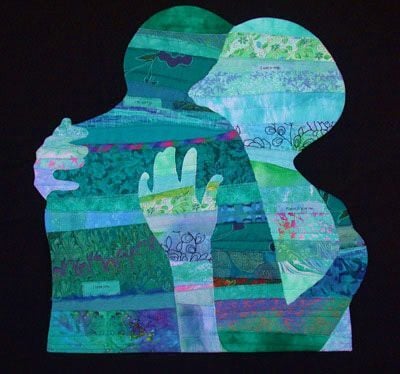 No matter which side of the great red-state-blue-state divide that we find ourselves in these dark days of political upheaval, we can perhaps agree that what is needed is divine light.

“For it is God who said, ‘Let light shine out of darkness,’ who has shone in our hearts to give the light of the knowledge of the glory of God in the face of Jesus Christ.” 2 Cor. 4:6

No matter which side of the great red-state-blue-state divide that we find ourselves in these dark days of political upheaval, we can perhaps agree that what is needed is divine light. The Apostle Paul points to Christ as the light that shines out of the darkness.

There is indeed darkness – evil – among us. Again on that all sides can agree. What we cannot agree upon is the source of the darkness. Some shout the name of one leader. Some shout another.

The events at the Capitol in Washington, and all the discord around the election leading to it, have taken a toll on our community life. Tempers flare among family members and friends. Harsh words are spoken. Accusations are made. We disagree bitterly concerning the interpretation of the scenes unfolding on our TV screens. Will the republic survive? Can we avoid more bloody violence?

We have been here before.

I am reminded of the knock-down, drag-out verbal brawls I had with my dad in the late-1960s and early-1970s. We argued about the Viet Nam war and the communist conspiracy theories that were rampant in those days after Joseph McCarthy. It was just like he might have battled with his father about Roosevelt’s “New Deal.” In time we learned not to discuss politics so that we could love each other.

I remember my grandmother telling about her grandfather fighting for the Union in the Civil War, and how two of his brothers fought on the other side for the Confederacy. They all survived, though my great-great-grandfather was shot in the spine.

I have wondered if those brothers ever attended family reunions. And if they did, what that must have been like.

“Pass the butter, you dirty Reb.”

“Stick it in your eye, you dang Yankee!”

What does it take to move on from the bitter divides of the past? How does healing come to those who bear the scars of conflict?

Peggy Clores tells about her mother, Yvette Assael, a Greek Jew who survived the Auschwitz concentration camp along with two older siblings. Their parents were killed in the Nazi death camp. Yvette met James Lennon, an Irish-Catholic World War II sergeant, when he was sent to help resettle the Greek Jews after they were liberated. Four years after Yvette’s family was torn from their home in Greece, Yvette and James married in 1947. Yvette subsequently converted to Catholicism.

“My mother found it overwhelmingly painful to remain in Greece, so my parents moved to London,” she said. “One day, coming out of a London bakery, they spotted a beggar. Knowing the agony of starvation well, my mother reached into the bakery bag and walked toward him. Then all at once she stopped dead in her tracks. Her face turned white.

“‘Yvette, what’s wrong?’ her husband asked. She stood frozen and just stared at the man. Her eyes filled with tears. Finally, resolutely, she walked over and handed the man a piece of bread. My father said they continued walking home. Eventually she spoke.

“‘I recognized that man,’ she said. ‘He was one of the Nazis in Auschwitz.’

“At this revelation my father welled up over what he’d just witnessed my mother do, in spite of the trauma of the moment. My mother told my father, ‘I was torn between pity for the agony of his starvation and the evil we all endured from him. I then realized that if I didn’t forgive him, if I didn’t somehow find the strength to forgive all of them, they would then have taken the rest of my life from me.’”

Healing is possible even in the wake of horrific evil. Forgiveness can be transfiguring for both victims and perpetrators. That’s not to say that those who commit crimes should not be held accountable.

Pope John Paul II was almost assassinated May 13, 1981, in Vatican Square. Despite severe blood loss the pontiff survived. He asked for all Catholics to pray for the assassin, whom he had forgiven. An Italian court sentenced the man to life in prison – where he was later visited by the pope.

How to Solve a Conflict

No matter which side of the great red-state-blue-state divide that we find ourselves in these dark days of political upheaval, we can perhaps agree that what is needed is divine light.