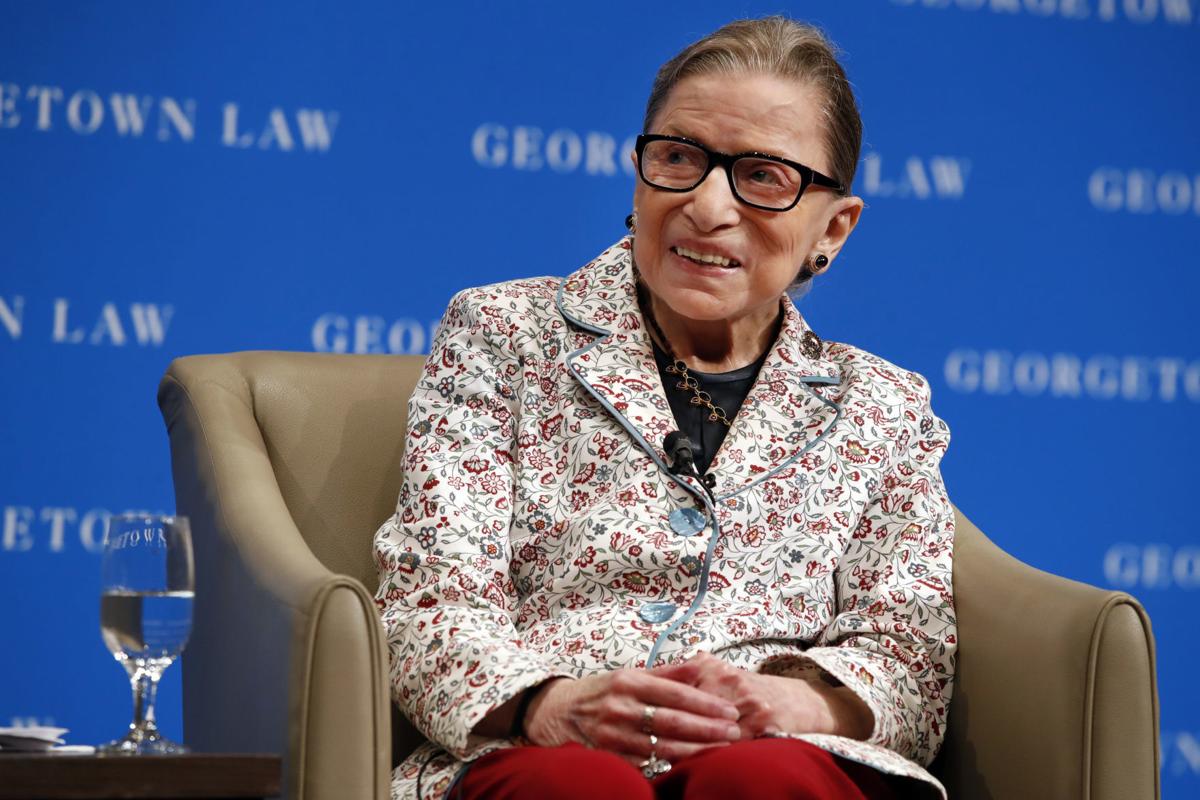 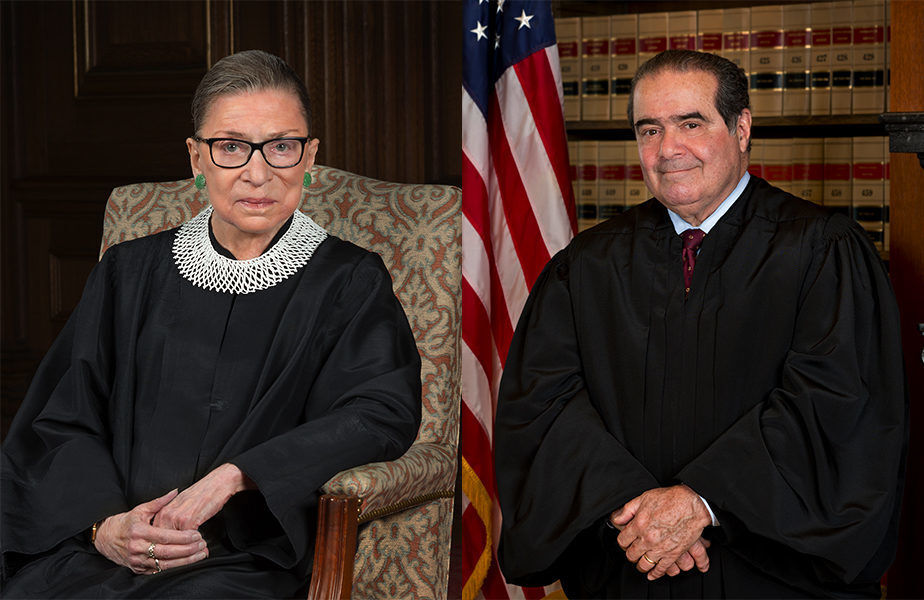 Justice Ruth Bader Ginsburg's attitude of loving forbearance is seen in her famous friendship with Justice Antonin Scalia, a noted conservative whose judicial decisions she opposed more often than not.

Justice Ruth Bader Ginsburg's attitude of loving forbearance is seen in her famous friendship with Justice Antonin Scalia, a noted conservative whose judicial decisions she opposed more often than not.

Justice Ruth Bader Ginsburg was a peacemaker in her words as well as in her deeds. One could make the case as she often did that justice, without which there is no real peace, begins with peacemaking words – which beget peacemaking actions. Ginsburg often quoted Justice Louis Brandeis’s famous line, “The greatest menace to freedom is an inert people.” She advised people “to fight for the things you care about, but do it in a way that will lead others to join you.”

In a speech in 2016, Ginsburg said something we would do well to remember in the midst of the storm of political rhetoric that threatens to devour us in this election season.

“An often-asked question when I speak in public is, ‘Do you have some good advice you might share with us?’ Yes I do. It comes from my savvy mother-in-law – advice she gave me on my wedding day. ‘In every good marriage,’ she counseled, ‘it helps sometimes to be a little deaf.’ I have followed that advice assiduously and not only at home through 56 years of a marital partnership. I have employed it as well in every workplace, including the Supreme Court. When a thoughtless or unkind word is spoken, best tune out. Reacting in anger or annoyance will not advance one’s ability to persuade.”

That attitude of loving forbearance was seen in her famous friendship with Justice Antonin Scalia, a noted conservative whose judicial decisions she opposed more often than not. Ginsburg wrote these words in the forward to a 2017 book about the late Justice.

“My friendship with Judge, later Justice, Scalia was sometimes regarded as puzzling because we followed distinctly different approaches to the interpretation of legal texts. But in our years together on the D.C. Circuit, there was nothing strange about our fondness for each other … (as) he put it, he attacked ideas not people ... When we disagreed my final opinion was always clearer and more convincing than my initial circulation … If our friendship encourages others to appreciate that some very good people have ideas with which we disagree, and that despite differences people of goodwill can pull together for the well-being of the institutions we serve and our country, I will be overjoyed – as I am confident Justice Scalia would be.”

“They held very strong, very different views,” he said. “They wrote opinions that disagreed with each other’s opinions, and they didn’t pull any punches in those opinions. But they never let those strong deeply held beliefs get in the way of their friendship. They didn’t compromise those beliefs for each other, but they didn’t let it disrupt their relationship.”

Judge Jeffrey Sutton wrote, “During one of my last visits with Justice Scalia, I saw striking evidence of the Scalia-Ginsburg relationship. As I got up to leave, he pointed to two-dozen roses on his table and noted that he needed to take them down to Ruth for her birthday. ‘Wow,’ I said, ‘I doubt I have given a total of 24 roses to my wife in almost 30 years of marriage. ‘You ought to try it sometime,’ he retorted. Unwilling to give him the last word, I pushed back, ‘So what good have all the roses done for you? Name one five-four case of any significance where you got Justice Ginsburg’s vote.’ ‘Some things,’ he answered, ‘are more important than votes.’”

That remarkable example of peaceful living reminds me of a personal story by Kenneth Morgan, a professor at Colgate University, which appeared as a letter to the editor in the New York Times during the third week of the Persian Gulf War, Jan. 30, 1991.

“Once in Damascus years ago, when I was strolling along the street called Straight – wondering whether it was truly the most ancient street in the world that has served continuously as a marketplace – I watched as a man who was riding slowly through the crowd on a bicycle with a basket of oranges precariously balanced on the handlebars was bumped by a porter so bent with a heavy burden that he had not seen him,” he said. “The burden dropped, the oranges were scattered and a bitter altercation broke out between the two men. After an angry exchange of shouted insults, as the bicyclist moved toward the porter with a clenched fist, a tattered little man slipped from the crowd, took the raised fist in his hand and kissed it. A murmur of approval ran through the watchers, the antagonist relaxed, the people began picking up the oranges and the little man drifted away. I have remembered that as a caring act, an act of devotion there on the street called Straight, by a man who might have been a Syrian Muslim, a Syrian Jew or a Syrian Christian.”

Ruth Bader Ginsburg, our great justice of peace, has been kissing fists and picking up the pieces of broken lives throughout her long and distinguished career. She told the directors of the documentary “RBG” that she wanted to be remembered “just as someone who did whatever she could, with whatever limited talent she had, to move society along in the direction I would like it to be for my children and grandchildren.”