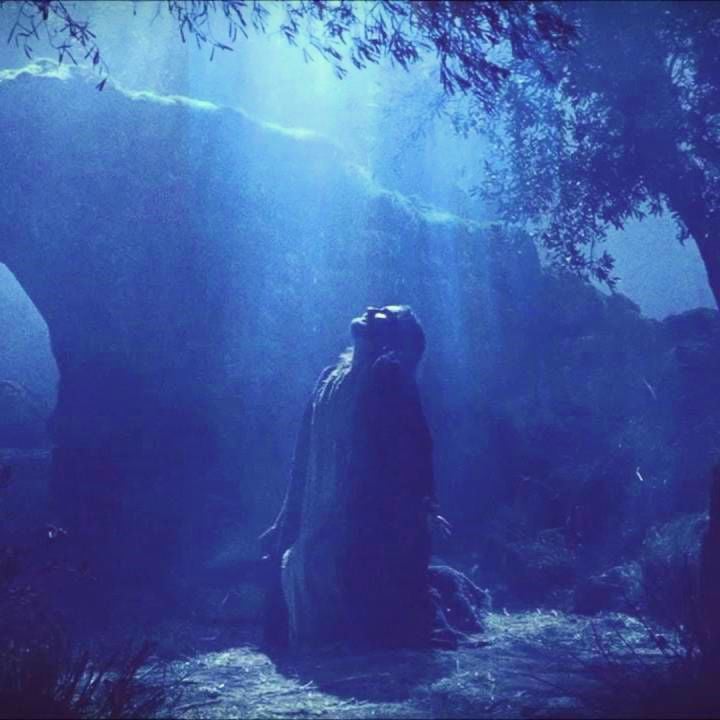 Night was the best time; there was something about being in the dark that felt right. It was as if someone was there with her. Whoever or whatever it was, it made her feel warm inside.

Night was the best time; there was something about being in the dark that felt right. It was as if someone was there with her. Whoever or whatever it was, it made her feel warm inside.

“Then the people stood at a distance, while Moses drew near to the thick darkness where God was.” – Exodus 20:21

Darkness descended into Eleanor’s life the moment the milk truck crossed the centerline, hitting the pickup head-on. All that Eleanor could remember when she regained consciousness was the headlights coming straight at them. Then nothing. Darkness.

The nursing staff waited a few hours before they told her Jim had been killed instantly. He had been driving and his side of the truck had taken the full brunt of the impact.

Eleanor asked the nurse, “How long have I been unconscious?”

She heard the words, “seven weeks” as she slipped back into the darkness.

When Eleanor opened her eyes an hour later, she carried on with the conversation as if she had not been away – “seven weeks?”

She had been in a coma, they told her. Her family had waited a few weeks before going ahead with a memorial service for Jim.

Her pastor appeared suddenly on the other side of the bed. He told her the service had been recorded so she could watch it when she felt better.

“I know you will like the music,” he said.

They had sung one of Jim’s favorite songs, Natalie Sleeth’s “Hymn of Promise.” The tune and the words rang in her head when they turned out the lights that first night.

In the bulb there is a flower; in the seed an apple tree ...

In the cold and snow of winter there’s a spring that waits to be ...

Eleanor couldn’t imagine life without Jim. Fifty-one years of marriage were over in a moment, in a flash of headlights. It seemed like they had just begun. No one had ever made her laugh like Jim. Eleanor smiled as she remembered and then the darkness came again.

Jim wouldn’t be there to hold her at night. The thought left Eleanor feeling adrift, more alone than she had ever felt in her whole life. She slipped along like that for months, from the hospital to the nursing home. She drifted through physical therapy, and the long days and nights in her room. Night was the best time; there was something about being in the dark that felt right. It was as if someone was there with her. Whoever or whatever it was, it made her feel warm inside.

... in cocoons, a hidden promise: butterflies will soon be free ...

The day came when Eleanor was well enough to go home to the farm. She noticed the barn was empty, like she felt when she walked into the house – the house where she and Jim had raised three children and gone through four dogs and six cats. They had bought the farm just after Sam, their oldest, was born. How excited she had been; the big square farmhouse was everything she had always wanted. It had four bedrooms, a wrap-around porch, a large kitchen with floor-to-ceiling cupboards, a small garden space and an apple orchard in the back.

Sam and the grandkids carried Eleanor’s things. They walked with her as she stepped warily onto the porch and made her way slowly through the familiar rooms. She had been away so long. Without Jim would it ever feel like home again? Eleanor could see through the kitchen window that someone had been tending her roses. There were no butterflies, but there was a cardinal on the clothesline and a goldfinch in the lilac bush. And there was Jim’s bird feeder.

From the past will come the future; what it holds a mystery ...

When everyone had gone home Eleanor found herself drawn to the closet under the stairs. She stepped inside, sat down on the floor and opened her eyes. It was the darkest place in the house, as dark in the daytime as it was at night.

There’s a dawn in every darkness, bringing hope to you and me ...

The closet had always been Eleanor’s strange sanctuary. When the children were small she would go there after putting them down for their naps, or at night when they were safely in bed and Jim was working late in the fields. Sometimes she would sit there for a few minutes, or sometimes an hour or more, soaking in the stillness, breathing in the darkness. Eleanor stared into the void, remembering her companion who always came to hold her until she could see the light.

As the months passed and turned into years Eleanor spent more and more time in the garden tending the new rose bushes and laughing with her sweet grandbabies. The oldest boy was the spitting image of Jim.

In our death a resurrection,

at the last a victory,

unrevealed until its season,

something God alone can see ...

God is in the darkness. It’s one of the places where God is and where we are found by God. It was God in the darkness who brought Eleanor back into the light.

John Sumwalt is a retired pastor, the son of dairy farmers and the author of “Shining Moments: Visions of the Holy in Ordinary Lives. Visit johnsumwalt@gmail.com to contact him.