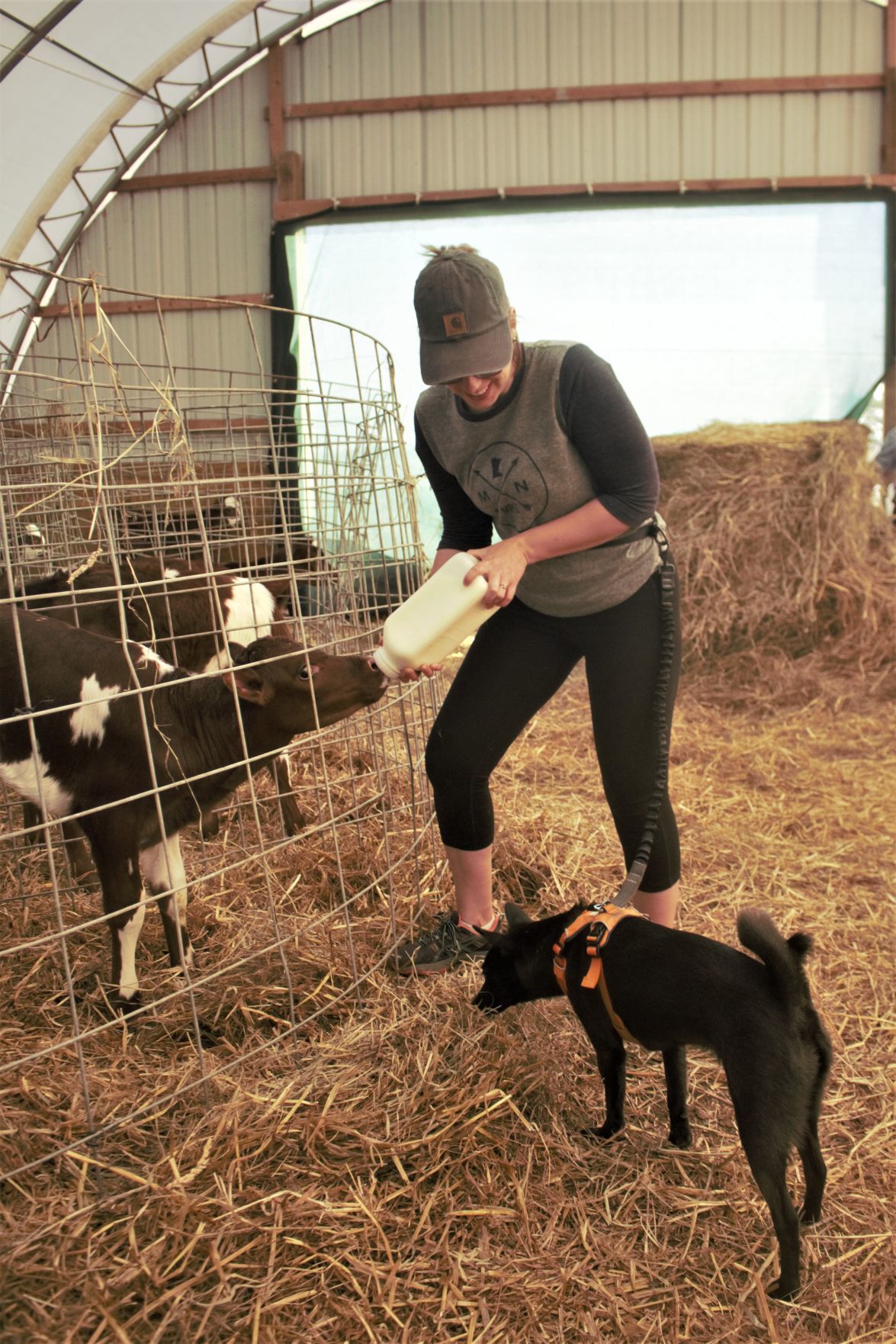 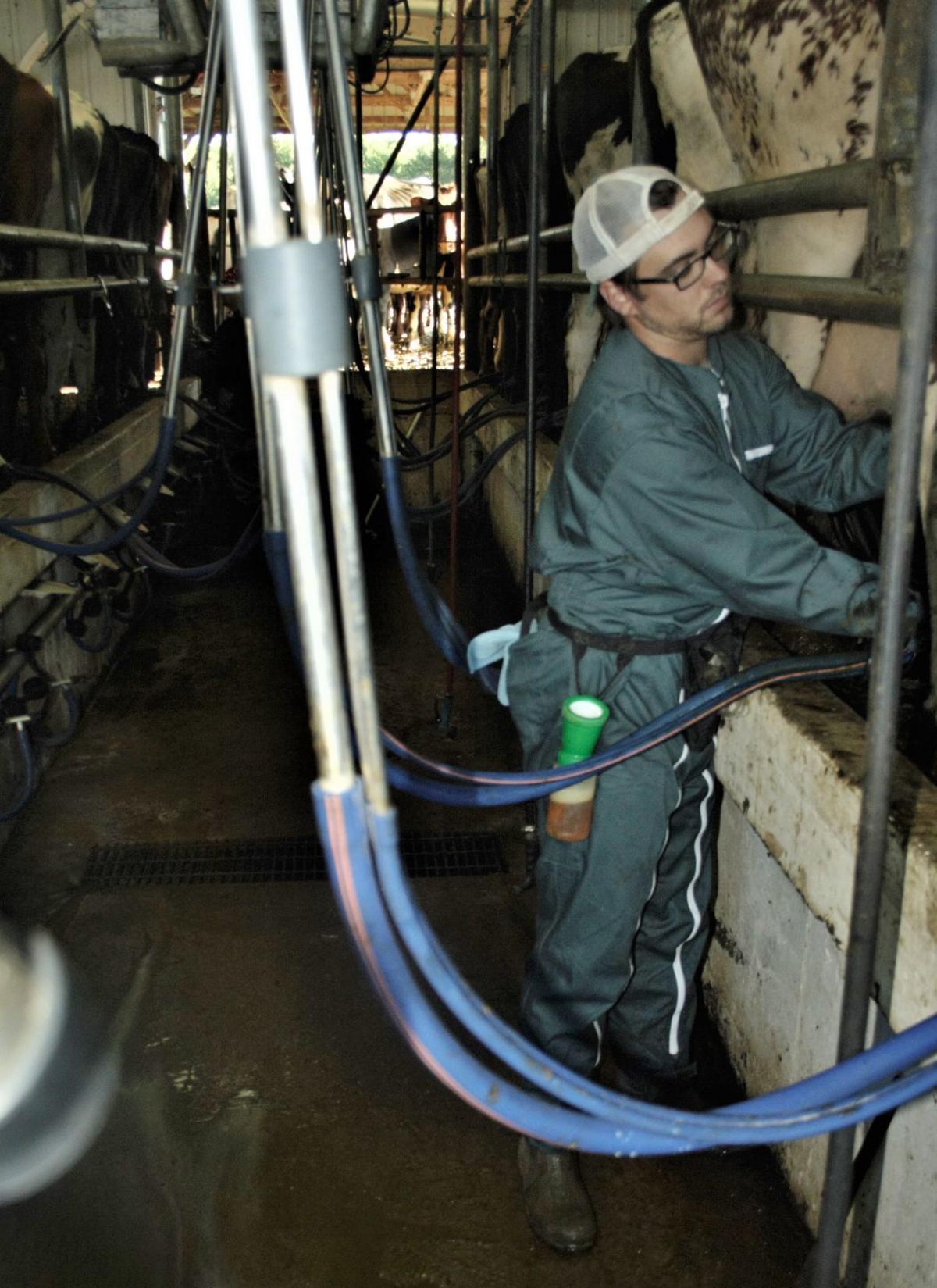 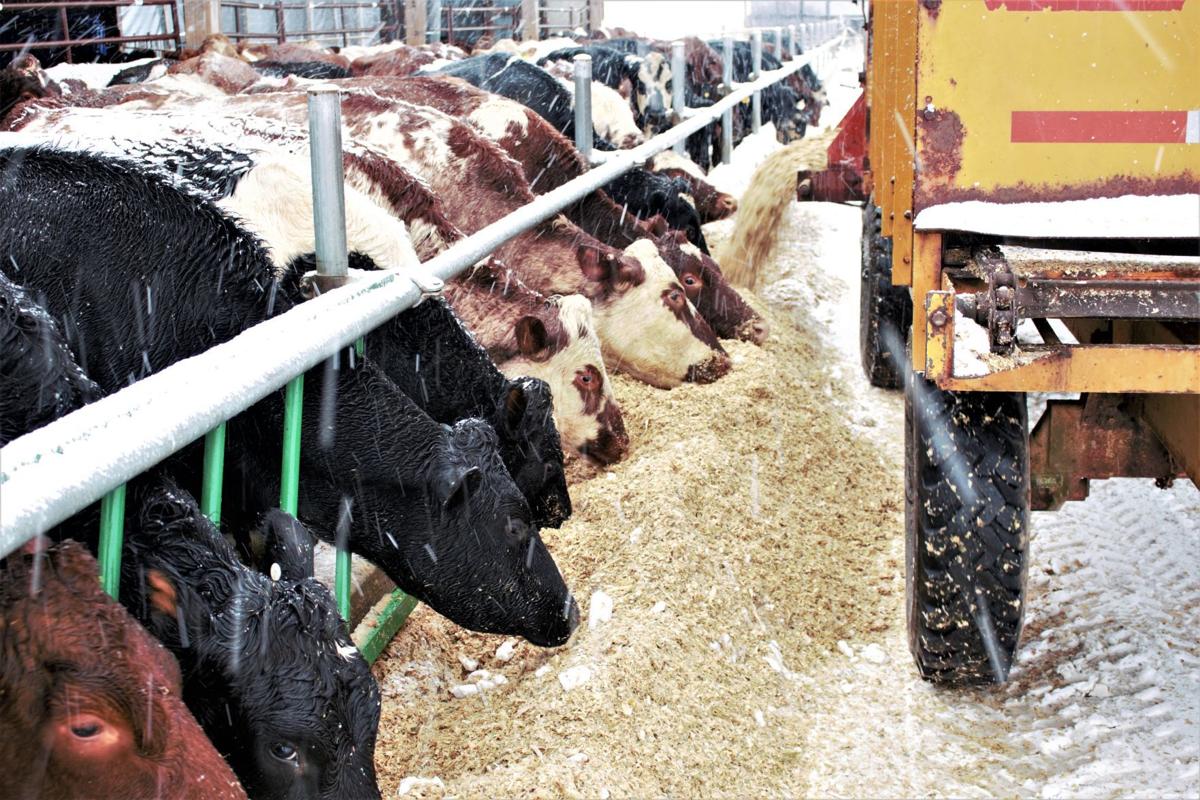 The addition of a concrete feed strip makes feeding easier in inclement weather. 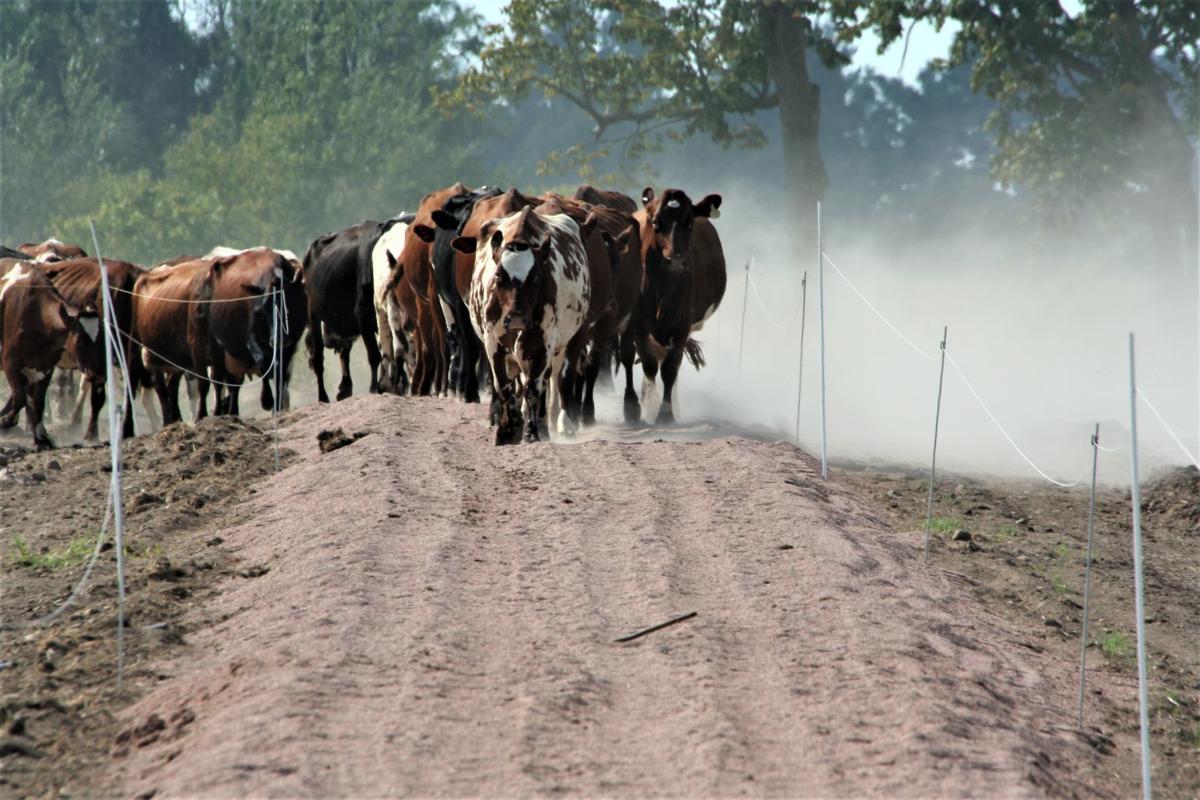 A network of raised lanes is a must for a successful grazing farm. 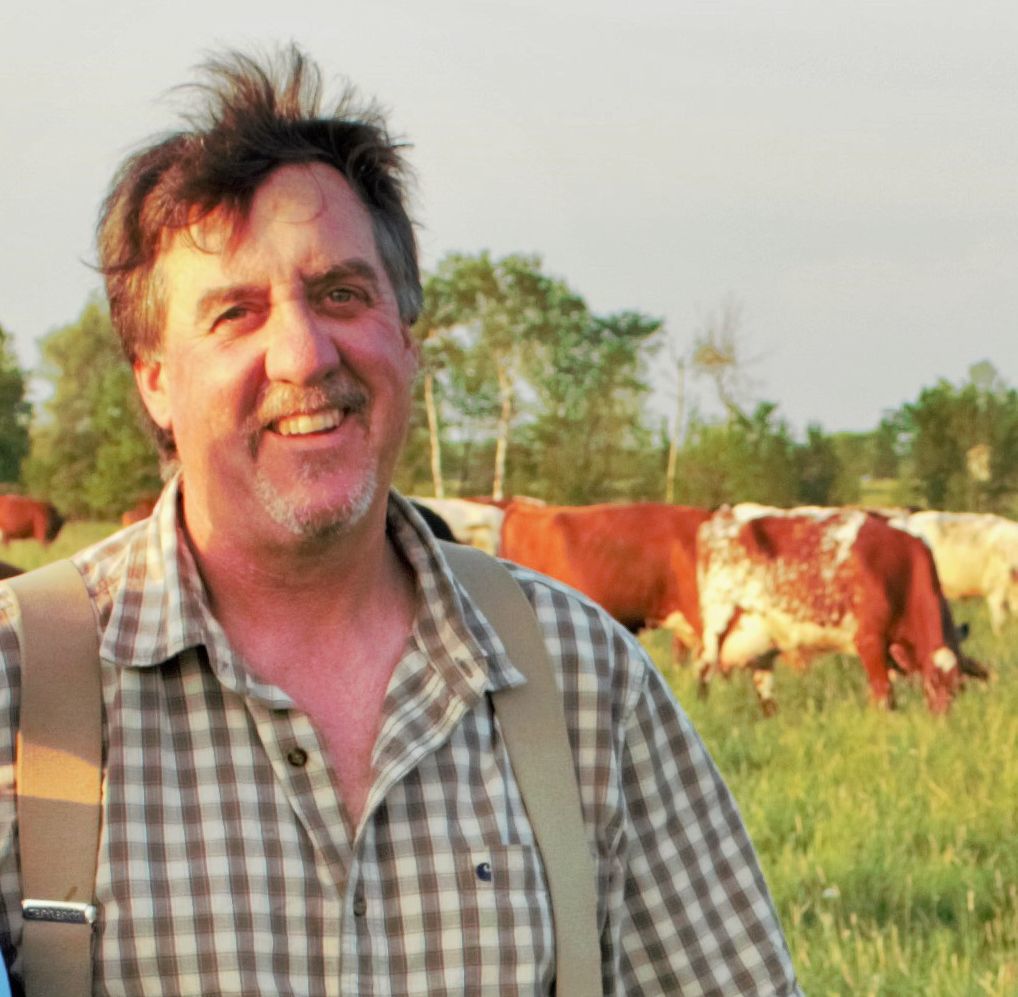 The man I bought my farm from was a unique individual.

He was a self- professed miser of a fellow who once bemoaned to Wendy, “I can’t get myself to stop for a $1 cheeseburger on a trip to town.”

I recall him having a run-in with the town chairman as he was helping himself to gravel from the road to fill potholes in his driveway. The chairman had sent him a bill for the pilfered granite. I nearly lost the deal on the farm when I told him in a random conversation that I was a cousin of the town chair.

He was an out-of-towner who bought the farm as an investment. He farmed it for a few years and then sold it to me – after I knocked on his door out of the blue and told him I would be interested in buying it. When we finally sealed the deal, I became versed in the glory of D-series Allis Chalmers 2-point tractors. I learned how to hand-crank-start an International H without having it take off my arm, along with a host of other things related to being a new farm owner.

I didn’t consider the man a wise old sage, but there is one thing he told me that really stuck with me. It was after we completed the paperwork at a law office in Wausau, Wisconsin. The farm was ours; he had one piece of advice he wanted to give us.

“No matter how rough it gets,” he said, “always do at least one improvement a year to the farm. Make it better. It will be more valuable and easier to sell when the time comes.”

It turned out to be true. Our improvements were all geared to making ours a grazing set-up. We were creating a system that was flexible in terms of its cow-capacity limits because our investments weren’t in cattle housing. A windstorm made our investment in a simple New Zealand-style swing milking parlor a no-brainer for us as graziers. We’ve milked anywhere from 80 to 120 cows in it since 1997. The trend in dairying is that herd size tends to nearly double with successive generations.

Although I would like to divulge the details of who plans to purchase our farm, I’m still not comfortable with doing so until a few more details fall into place. I will say the plan is that the buyer will be milking about 150 cows. I don’t think he would be surprised if he eventually had a herd size of 200 or more. The flexibility of our system will allow that with no modifications to the existing milking system.

We also added concrete in three different stages that greatly enhanced the value of our farm. We took advantage of cost sharing available through the Natural Resources Conservation Service for those projects. All improvements were done in a manner that enhanced water quality. They required us to construct a grass filter strip to control runoff from our concrete additions. A feed rail was added that enabled us to keep cows off pastures during the muddy season.

Lane improvements were also done and have proved to be invaluable. A cow can do a great deal of damage with its hooves. Imagine the force exerted when a 1,500-pound cow’s weight is concentrated on those four hooves. Now multiply that by 100 or 150 cows. A well-crowned lane system with fine granite screenings compacted to form it has worked well for us in keeping cow traffic high, as well as dry and out of the mud.

Our latest improvement came when we added a hoop building with permanent wood sidewalls to raise calves in until weaning. All those improvements have resulted in increased efficiencies of our labor and made our lives easier. In the end they also made our farm more saleable.

One never knows where a piece of advice will come from that will have one looking back and realizing how valuable it was. In my case it was from old John. He was a different kind of guy. I didn’t know him for long but if he were around today, I’d take him out for a tavern cheeseburger and thank him for some good advice.

Greg and Wendy Galbraith have since 1989 owned a 229-acre grass-based dairy farm in eastern Marathon County, Wisconsin, near the dells of the Eau Claire River. They milk 100 cows and seasonally calve their dairy herd every spring. Visit www.poeticfarmer.com for more information.

Recently I was fortunate to be “behind the scenes” as a guest while I listened to Tenzin Botsford tell the story of how he and his wife, Stace…

I recently heard a term used to describe our ability to rediscover family and friends, and resume activities we couldn’t do a year ago.

I have a theory I can’t prove. The further mankind removes him- or herself from our agrarian past and the work it involved in close proximity …

The addition of a concrete feed strip makes feeding easier in inclement weather.

A network of raised lanes is a must for a successful grazing farm.