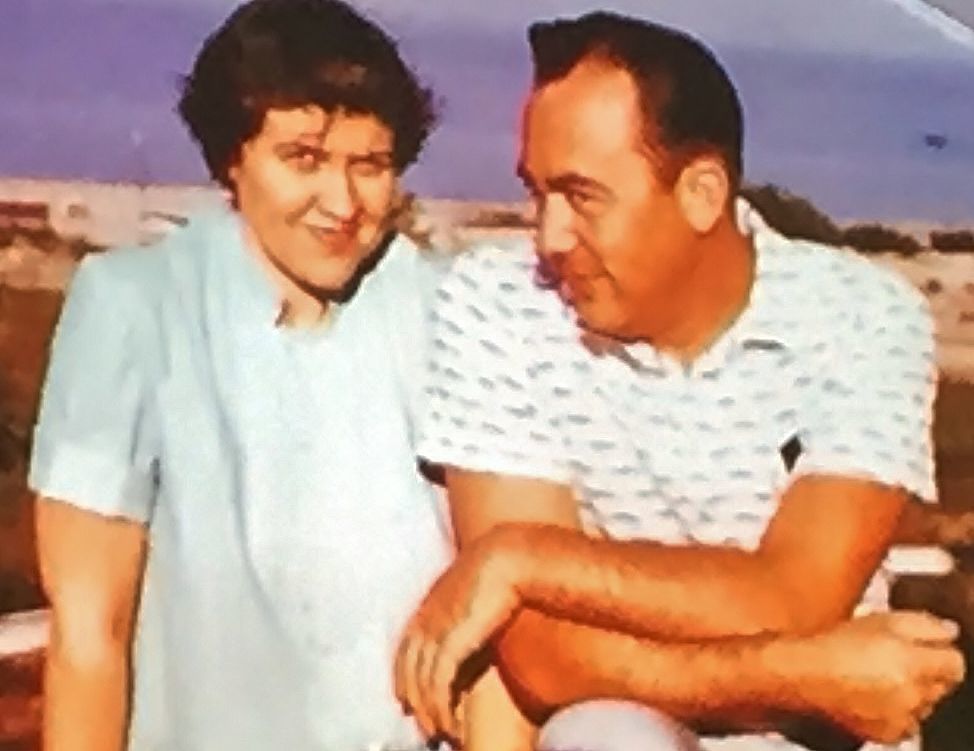 Greg Galbraith's parents, Janet and Jack Galbraith, were both raised on small farms. His father was a car salesman. His mother, now 92, was a registered nurse. She eventually received an advanced degree and became a nursing instructor. 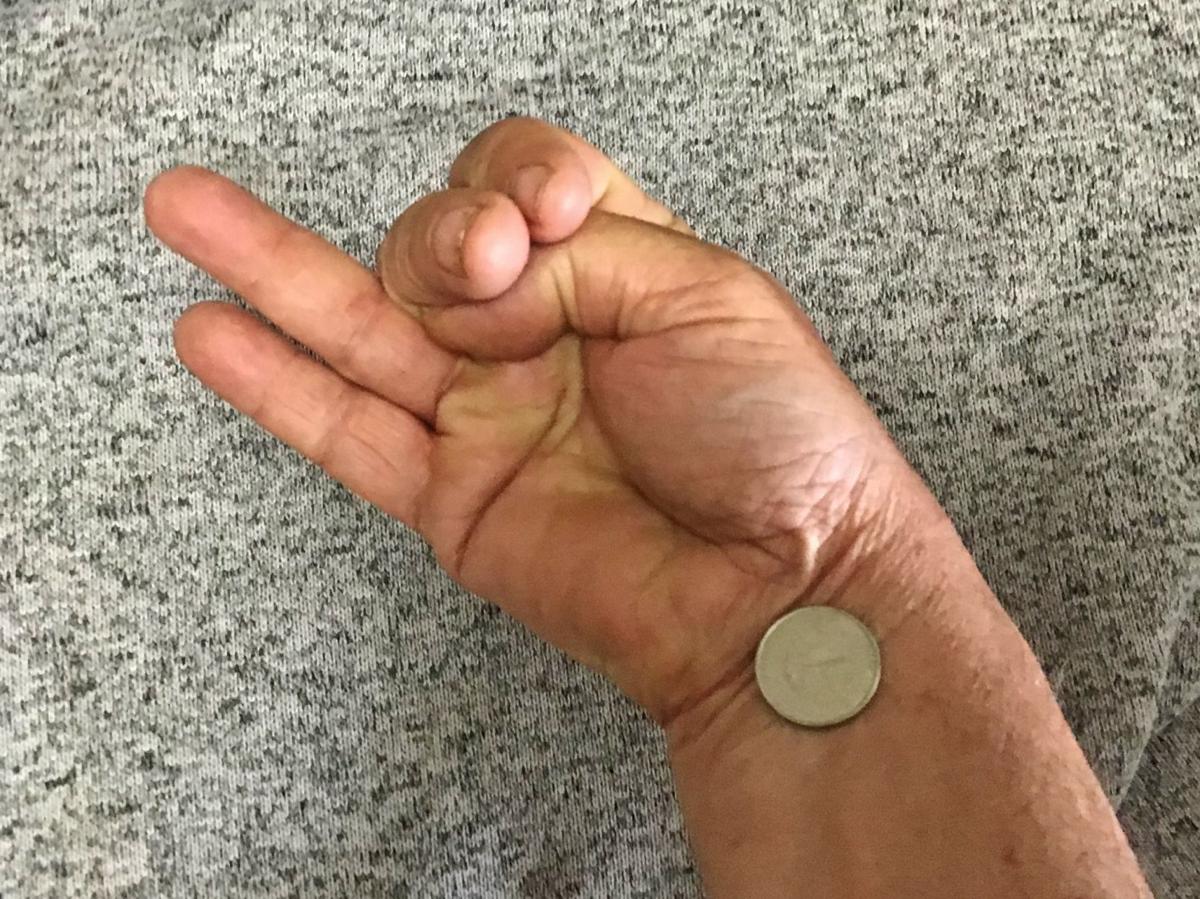 Greg Galbraith shows how to flip a coin with his wrist tendons. It's something he’s been showing folks for years since his father taught him the trick.

Greg Galbraith's parents, Janet and Jack Galbraith, were both raised on small farms. His father was a car salesman. His mother, now 92, was a registered nurse. She eventually received an advanced degree and became a nursing instructor.

Greg Galbraith shows how to flip a coin with his wrist tendons. It's something he’s been showing folks for years since his father taught him the trick.

It’s June 21, 2020, as I pen this. It’s not writer’s block that has me stymied in my efforts to create something from nothing. That’s what writing is – taking a stark white blank paper and bringing it to life with words. Writer’s block is the worst affliction I’ve never had. It’s when too many ideas are discombobulated in my busy mind that I don’t proceed with my crude untrained pecking at the keyboard.

It being Father’s Day, I suppose I could springboard off that. My mom, Janet Galbraith, 92, has asked me a few times to write about my dad, Jack Galbraith.

“I need to keep it farming-related,” I’d tell her. “I’d need to really stretch it if I was going to attempt that.”

It’s not enough that he grew up on a hard-scrabble farm in southern Illinois. It’s more difficult yet that I only knew him for 16 years before he died. I don’t know – if I was to keep it farming-related – how to include his ability to ride a unicycle, walk on his hands and juggle three apples at once while nabbing a bite from one in mid-juggle. I’d need to leave out the tricks I learned from him – like the one where I take a loop of string and seemingly make it go through a participant’s hand by convoluting it before pulling it off while deftly dropping part of the loop off my thumb.

And there’s the coin-flipping trick I’ve been showing folks since I was probably 10 years old. I put a quarter on my upturned wrist. I then put my index and middle finger over my crooked thumb while holding my pinky and ring finger as straight as I can. Then I turn my wrist inward, causing my tendons to flip the coin.

“I’d want to include his butterfly tattoo also,” I’d tell Mom, “and how he was double-jointed at the elbow, giving him the ability to make his forearm bend downward at 45 degrees from the elbow to the hand.”

“But that isn’t agricultural,” I’d explain to her.

Try as I may I don’t see how to justify a piece about my dad that would be relevant agriculturally.

I’d want to include the names of his aunts – names that I’ve never heard since like Fleta and Vidalene. Then there was Lawton, the uncle who took him under his wing and raised him. They would treat Dad like a king when he traveled from our north-Chicago suburb home to Thompsonville, Illinois. There was always a meal of fried chicken and dumplings prepared for him during a visit. That’s rural – chicken and dumplings. Maybe I can swing a piece about Dad after all. And there’s cornbread, the way he ate it broken up in a tall glass of milk.

Then there’s the oil-pump jacks in people’s yards in Thompsonville. Folks would drill for oil right in their front yard; that had me wide-eyed as kid. Maybe we should try that at our house, I’d think. Or the time Dad took his Uncle Lawton into the town grocery store while us kids waited in the car. Lawton came out with a half-pint in a paper bag stuffed in his pants pocket – Dad’s treat no doubt.

My father was a farm boy. He gravitated toward cars when he was young. For his career when I was a kid he’d go back and forth between being the sales manager at Ford dealerships, and leasing a lot to sell used cars independently. That’s what he really wanted, to be his own boss. Maybe that’s where I got my inclination for the same.

My woodlot has seen close to 6 inches of rain in the past 10 days. I could talk about flooded creeks, lodged hayfields and standing water in corn fields. I could have talked about police-car lights flashing as pigs were on the lam on a rural road in eastern Marathon County.

But this piece is for you Mom. Maybe your friend Ray will read it to you on his daily visit. I hope you like my Dad musings. Get well; I wish we could come see you.