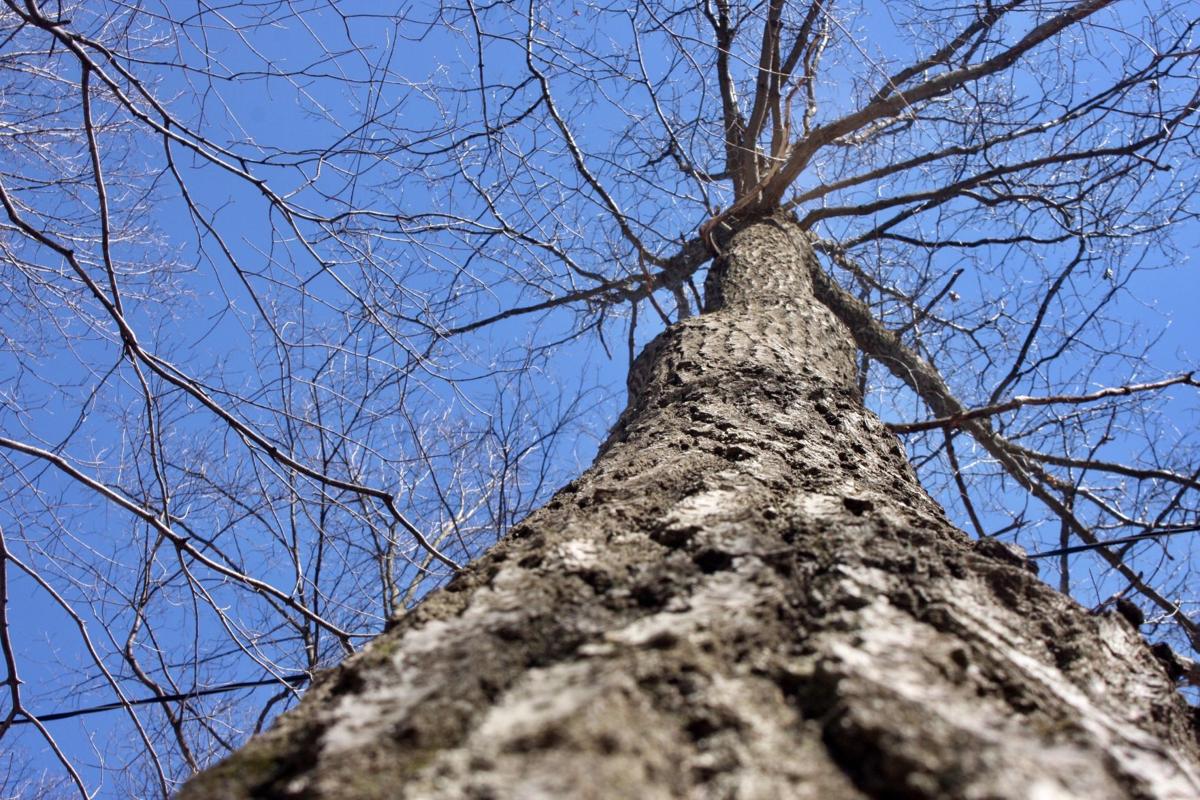 To hug a tree is to have a true appreciation for its expanse as it reaches skyward. 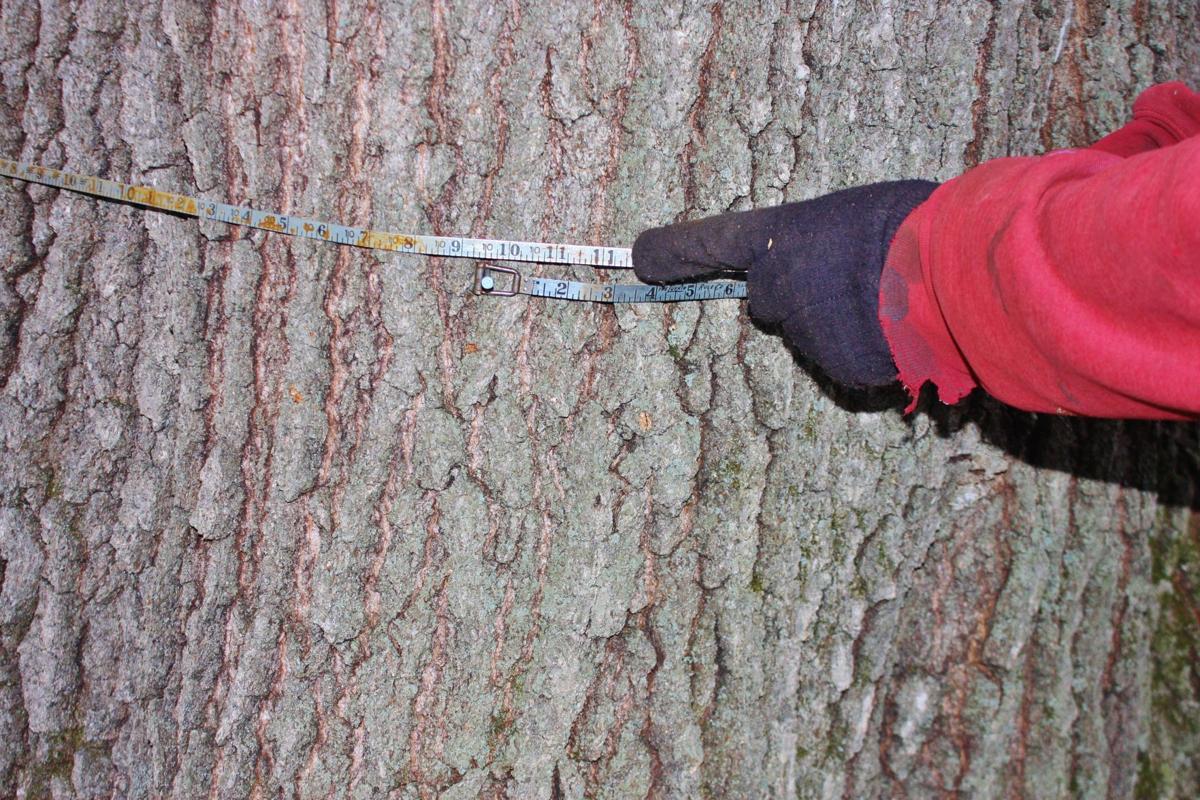 An oak tree that sits on the edge of the Greg Galbraith's woodlot is just 3 inches shy of 11 feet in circumference.

To hug a tree is to have a true appreciation for its expanse as it reaches skyward.

An oak tree that sits on the edge of the Greg Galbraith's woodlot is just 3 inches shy of 11 feet in circumference.

According to Hindu asceticism I’m in my forest-dweller stage. It’s the third stage of life after student and householder. The fourth stage is saddhu or saint.

The forest-dwelling stage is often characterized as being when one is free from the responsibilities of family and work. It’s described as reclusive, often accompanying semi-retirement.

I’ve said it before. I’m a man with too many shacks. Both are in the forest and I spend a lot of time in them alone. I headed April 4 to my lake cabin. The lake was 80 percent ice save for a 20-yard swath of open water around its perimeter. A Least Flycatcher pair was busy preparing camp at the peak of an outbuilding. Other signs of life were absent. One week later, April 11, the ice was gone. Mallards frolicked while a lone loon tested the water across the lake.

If I’m not at my lake property I’m at the woodlot. My endeavors are often reclusive in my forest dwellings.

This is my favorite time of the year in those places. It hasn’t greened up and there are no mosquitos although I need to watch for ticks already. It’s bare between the trees – a great time to go after choice firewood for next year’s syrup cooking.

I’m not a total recluse though, and this time of social self-distancing has made me aware of that. I’m frequently conjuring social situations around a fire at the woodlot in what I believe is a socially acceptable manner. We don’t share food and we keep our distance from each other. Something else we don’t do is hug upon greeting one another. I think that aspect of social distancing is beginning to wear on some folks. I found a replacement though and I’d like to share it. Perhaps my readers have noticed. Tree hugging is making a comeback.

At first I wanted to estimate how large the tree’s diameter is. I later discovered with a tape measure its circumference is almost 11 feet. It’s a stately oak tree along the edge of my open field at the woodlot. I can see the road from where I stood, and I confess I waited until an approaching car passed. To do it correctly one must look up at its sprawling top while performing a good old-fashioned bear hug.

According to the book “Blinded by Science” by Matthew Silverstone, there’s evidence that trees provide health benefits for mental illness such as attention deficit hyperactivity disorder or depression. Children function better cognitively and emotionally when they interact with plants. Hugging a tree can increase levels of the hormone oxytocin in our blood. Oxytocin is responsible for feeling calm and also occurs during emotional bonding. Increases in serotonin and dopamine can also occur, making one feel happier.

There’s really nothing new about hugging a tree. The term “tree hugger” has been around for longer than we may realize. Merriam Webster defines a tree hugger as “sometimes disparaging. Environmentalist. Especially an advocate for the preservation of woodlands.” Imagine that. It’s difficult to understand disparaging as a description for one who advocates for the preservation of woodlands. But there’s been a division as to the degree to which we should mine our resources – a division that’s lasted ages.

Consider the story about a religious offshoot of Hinduism called the Bishnoi faith. Bishnoi was founded in 1485 AD in the Jodhpur desert region of western Rajasthan, India. One of the faith’s creeds strictly forbids harming animals and trees. In 1730 the king of Jodhpur wanted to build a new palace. He sent soldiers to gather acacia trees the Bishnoi had nurtured and established. The Bishnoi protested in anguish but were ignored by the soldiers who were under royal order. Amrita Devi, a female villager, decided the only option was to hug the trees. She encouraged the villagers to do so also.

“A chopped head is cheaper than a felled tree,” she pleaded.

Villagers heeded her and embraced the trees. In the name of the sacred Khejarli forest 363 villagers died at soldier hands. When the king heard what took place he rushed to the village to apologize, ceasing logging operations. Soon afterward the king designated the Bishnoi state as a protected area, forbidding harm to trees and animals. That legislation still exists in the region. Therein is a story about tree huggers who sacrificed their lives for the greater good of a sacred forest and made a lasting impact by doing so.

I’ve never been called a tree hugger. My venture into the term stemmed from my desire to learn if there were possibly any documented benefits from engaging in the act. And hey what the heck, I could do worse. I know it sounds a bit crazy. If anyone needs an excuse for what he or she is doing, use mine.

“I’m just checking the diameter of this tree here; I’m just curious how far around it I can reach.”

I was a closet tree hugger but I’ve just come clean.

Greg Galbraith, a former dairy farmer who owns woodlot property in eastern Marathon County, Wisconsin, writes about the rapidly changing nature of the agricultural landscape. He has built a lifetime connection to the land and those who farm it. Visit www.poeticfarmer.com for more information.