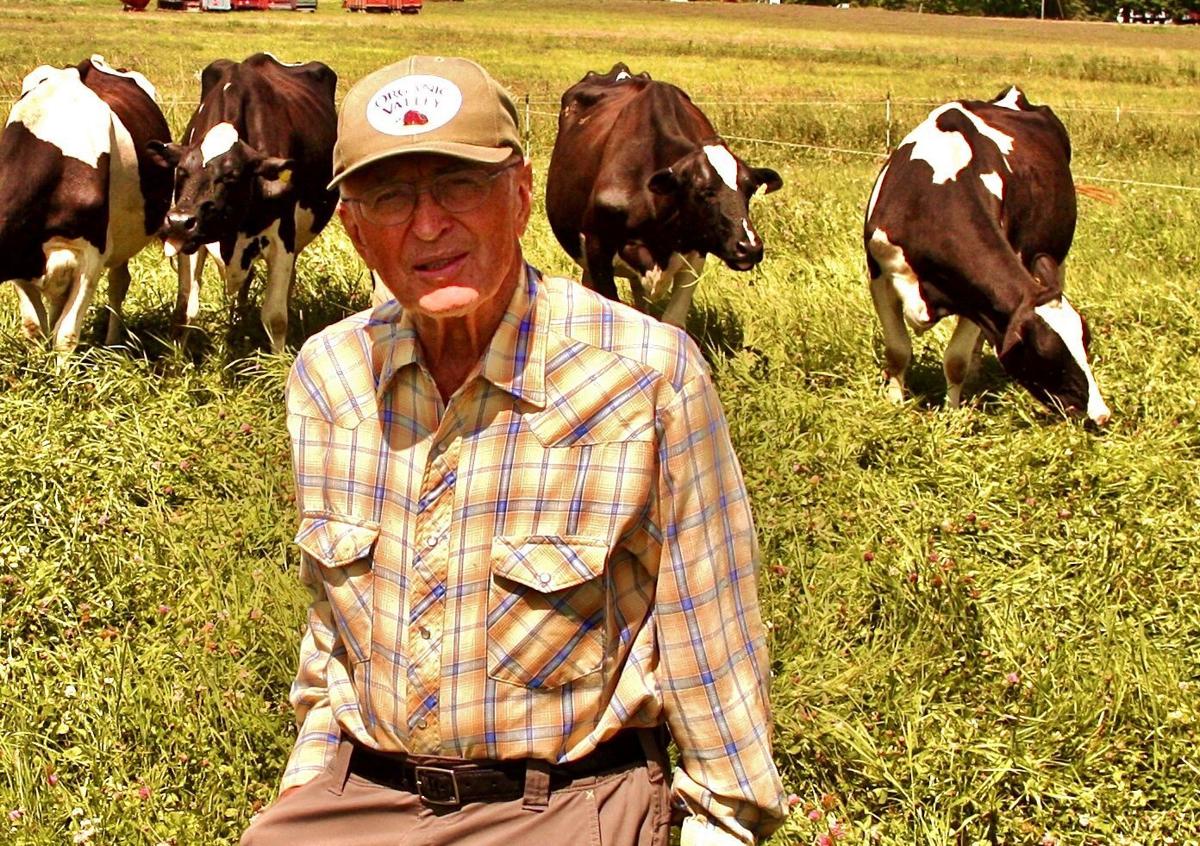 Kenneth Mahalko and his wife, Mary Mahalko, have an organic all-grass dairy farm just west of Gilman, Wisconsin. The farm’s ownership is in transition to their son Kevin Mahalko. 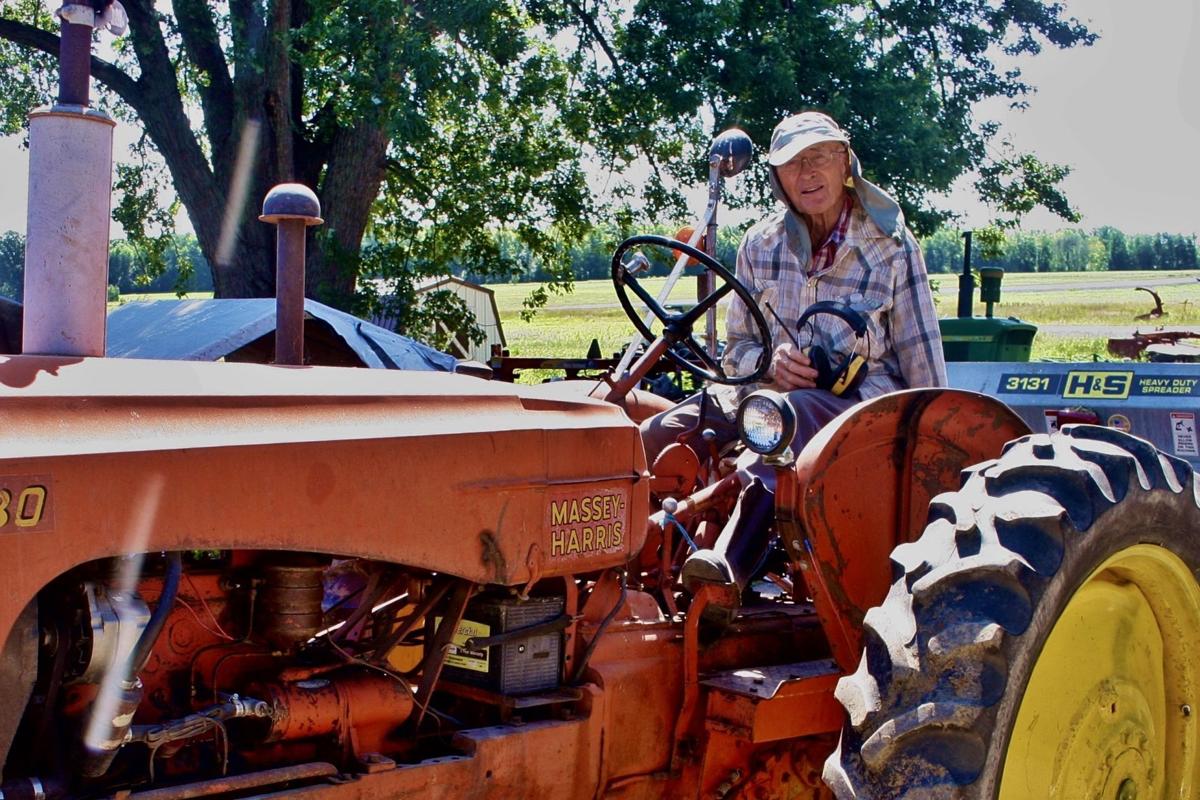 At 78 years young Kenneth P. Mahalko is an active part of the Mahalko Dairy Farm near Gilman, Wisconsin. 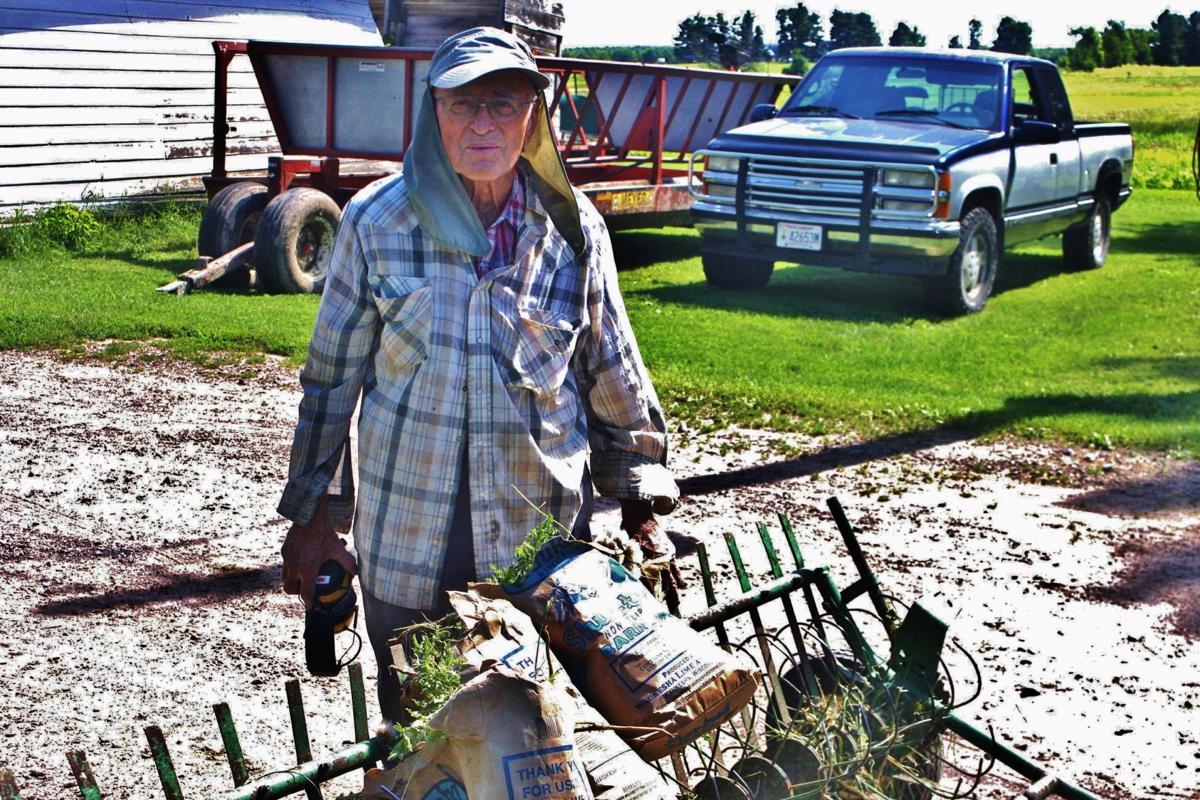 Finding invasive weeds and removing them from his farm is one of Kenneth P. Mahalko’s summer tasks. He has a collection of Canadian Thistle plants destined to be burned. 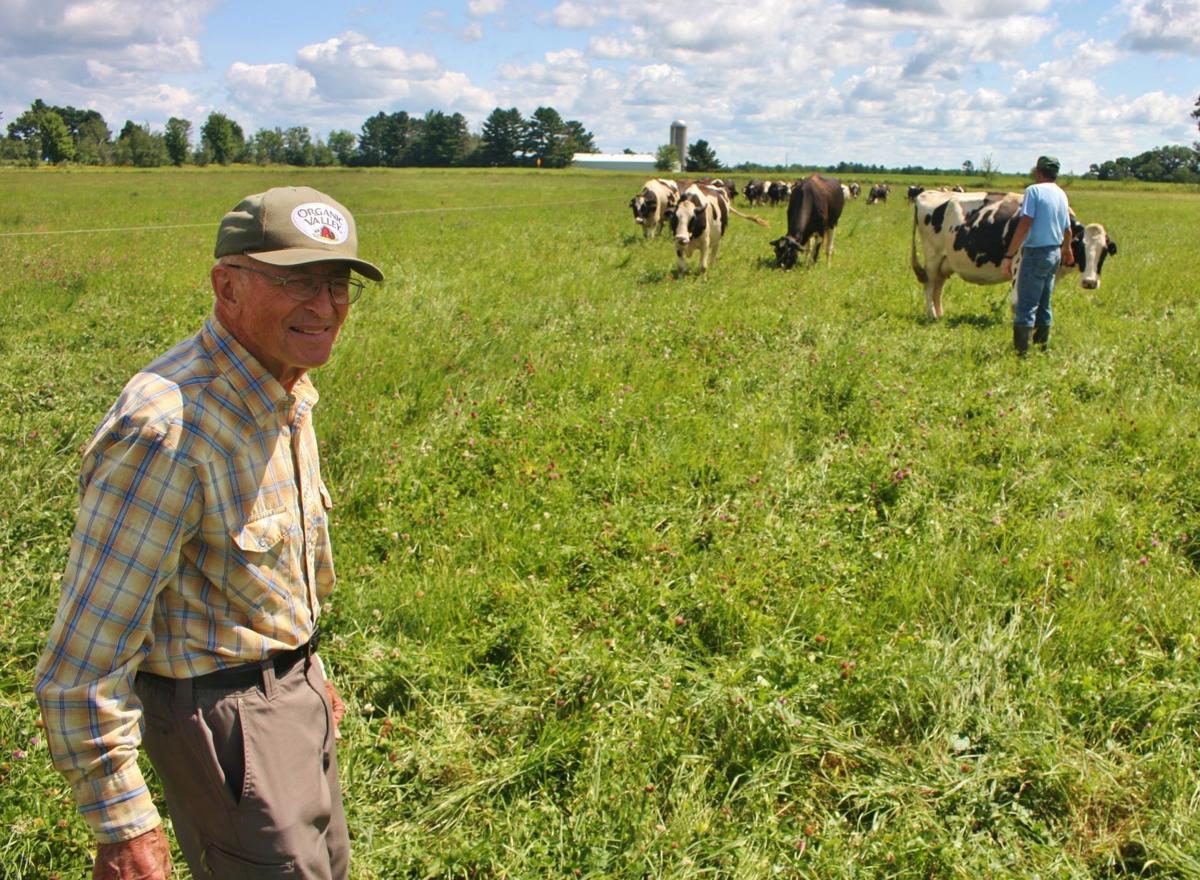 Kenneth Mahalko and his wife, Mary Mahalko, have an organic all-grass dairy farm just west of Gilman, Wisconsin. The farm’s ownership is in transition to their son Kevin Mahalko.

At 78 years young Kenneth P. Mahalko is an active part of the Mahalko Dairy Farm near Gilman, Wisconsin.

Finding invasive weeds and removing them from his farm is one of Kenneth P. Mahalko’s summer tasks. He has a collection of Canadian Thistle plants destined to be burned.

I first met Kenneth P. Mahalko when I stood in his farm driveway directly off Wisconsin Highway 64, while talking with his son Kevin. Kevin and his parents, Kenneth and Mary Mahalko, have an organic all-grass dairy farm just west of Gilman, Wisconsin. The farm’s ownership is in transition to Kevin.

The senior Mahalko arrived on a four-wheeler pulling a hay tedder with several bags stuffed with Canadian Thistle plants balanced on the tines. He’d been out extracting them from a fence row.

“These were just starting to blossom,” Kenneth told me. “We’ll eventually burn these.”

Kenneth and Mary exuded kindness but we reminded ourselves to be socially distant during my visit. Kenneth P. Mahalko seemed to me a man of endless curiosity and learning. As I talked with his son Kevin, the elder Mahalko was energetically scouring the driveway for tiny seeds and examining them.

One moment I particularly enjoyed was a quick lesson he gave me on the characteristics of a butternut tree. He showed me a branch from a butternut in his yard that he’s concerned about.

“See, compound leaves, alternately attached,” he pointed out. “And that big separation in the trunk, that’s typical of a butternut. This one isn’t right though; it’s not producing this year.”

As a young man Mahalko attended Taylor County Teachers College in Medford, Wisconsin. It was a two-year program that led him to a job teaching in Sheldon, Wisconsin.

“I knew I didn’t want to stay there; I wanted to see more of the world,” he said.

He soon joined the Army and served in active duty for three years, including time in the White House Communications Corps for President Lyndon B. Johnson. After his time in the Army he finished his education at Wisconsin State University-Eau Claire, which was a state university at the time.

“After that I taught elementary school in Ladysmith, Wisconsin,” Mahalko said.

He did that while maintaining a herd of 30 Holstein milk cows. He routinely did the farm chores before departing to teach. He eventually taught for decades in the Lake Holcombe School District.

He bought his dairy herd from a neighbor.

“I bought the herd from a fella about a mile down the road in 1980,” he said. “He had been doing artificial breeding since 1950. It was a closed herd when I bought it and it has remained closed. The cows are the result of Badger Breeders, which became Midwest Breeders and eventually became Genex.

“Over the years I’ve written a number of letters to editors … Every once in a while I get going on it and send a letter off to 20 publications, from farm magazines to newspapers. I got a few published. Anyway at one point I was making a proposal as to how to solve the milk-price problem.

“Farmers should be withholding milk from marketing two days every month. Don’t send it anywhere. And besides that start paying our farm workers $20 an hour. If you work 2,000 hours per year your $40,000 wage puts you above the poverty level. Then guarantee farmers receive $26 per hundredweight at a minimum. Then you get a floor on your price. At $26 you’re at half of parity because parity is $52 right now.”

I talked with Mahalko about a harrowing experience he had a few years ago involving an accident with a truck while he was pulling into his property with an empty manure spreader. Mahalko was driving a Massey Harris 30 that was pulling the spreader into their driveway, which is directly off Wisconsin Highway 64 west of Gilman. A vehicle clipped the left end of the spreader at full speed as Mahalko turned.

“The tractor went down into the ditch and flipped over,” he said. “It was upside-down facing the spreader. I got thrown off and was lying in the ditch. It’ll be two years in August since it happened. I was out of commission for quite some time. I eventually had a shoulder rebuild."

He showed me how he landed on his hands.

“I caught myself and that really put pressure on my shoulder,” he said.

“How I got thrown off I don’t know,” he said. “There was just enough room. Kevin found my glasses and cap in the manure spreader. The ambulance people came and laid me down and covered me up so I wouldn’t go into shock. Right afterward I got up and looked around when a cop asked if I wanted to go in an ambulance. I said no, but everyone thought I’d better go and I’m glad I did.”

Kenneth P. Mahalko – “That’s how I was referred to in the Army,” he proudly told me. – is a man who exudes positive energy. His love of science and knowledge were apparent soon after I was introduced to him, and it’s reflected in the farm he and his family have built. I was fortunate to spend an afternoon learning a bit about him and equally fortunate to be sharing it with my readers.

GILMAN, Wis. – Kevin Mahalko stopped his four-wheeler as he rode out to check his 40-cow milking herd of Holsteins grazing in a fresh paddock …