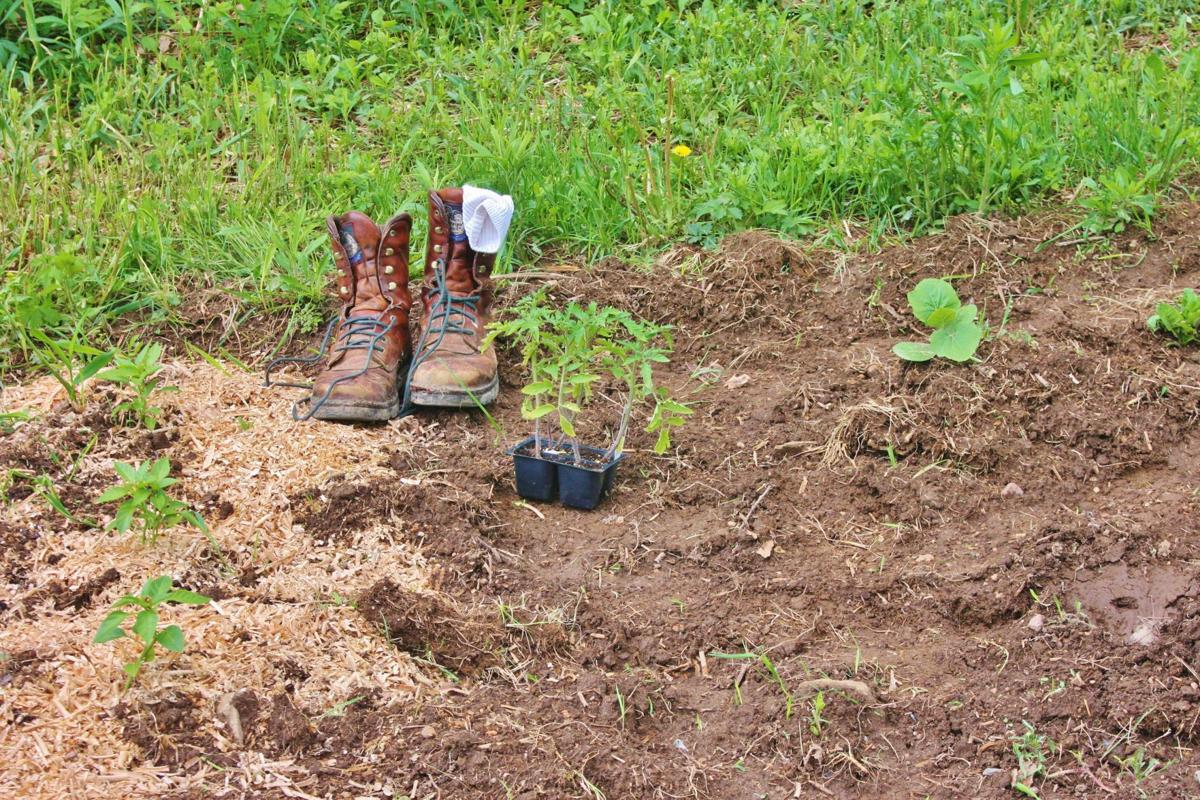 A brief bootless moment in the garden invokes the memory of one of Greg Galbraith's favorite characters he met along the way as a farmer.

A brief bootless moment in the garden invokes the memory of one of Greg Galbraith's favorite characters he met along the way as a farmer.

My readers will never guess what potlucks and bare feet have in common.

The other day I was in my little garden patch at the woodlot. I took off my boots to put in the freshly tilled soil some tomato plants that had been hardening off outside for a week. It was warm and loamy. I always appreciate the feeling of groundedness to the earth I have when I’m in contact with her soil. Being bootless in the garden on a piece of ancestral soil carries a great deal of significance to me.

Brushing off my feet in the surrounding grass brought back a memory of one of my favorite characters I’ve known in my farming past. Elvin was his name.

In my early days of converting my farm to a grass-based dairy I did a lot of networking with other folks who were also learning the ropes of a new way of farming. Elvin was one of them. We’d spend a fair amount of time on the phone discussing how we were handling the challenges of the mud season or the early explosion of summer grass growth or the outwintering of our cattle. I met Elvin at a pasture walk, which in the early-1990s was a relatively new phenomena. Folks would meet at a farm to see how other farmers managed their grass-based farms.

Elvin was a sturdy fellow with a warm smile and a mannerly kind disposition. He’d recently moved to the area from Kentucky. He was Mennonite and farmed on the other side of Marathon County from me near Colby, Wisconsin. We hit it off because we had a similar approach to that new style of farming.

He invited me to come see his farm one summer day for a private pasture walk. We walked his entire farm, crossing creeks by carefully using fallen trees. We made our way through rough unmanaged areas that were waist-high with sour dock and golden rod. I remember coming upon his herd of mixed-breed dairy cows in a distant paddock of lush shin-high grass and clover. They were full and content, and looked at us with that look that says, “What are you guys doing here?”

My leather boots had soaked in quite a bit of dewy moisture by that point in our walk but Elvin didn’t have that problem. He was barefoot. That was the way he rolled; it didn’t slow him down a bit. He nimbly led the way back home traversing the creeks and rough spots with no hesitation.

After a brief visit in his home with his wife and children I made my way back to the other side of the county. But that wasn’t before inviting Elvin and his family to an upcoming pasture walk on my own farm.

“And we’re having a potluck after the walk,” I told him. “You don’t want to miss that.”

We spoke several times on the phone following my visit to his place; each time I reminded him of the pasture walk and potluck. When the date of the walk was near Elvin called for directions to my farm; he assured me he and his family were coming. Then he asked me a question that apparently had been burning in his mind since my initial invitation.

“Greg,” he said pointedly, “what is a potluck?”

When I explained what I had taken for granted as something everyone knew, he was all in on the idea. We had a great turnout for the walk and terrific fellowship afterward. The spread of hot dishes and desserts was out of this world – tater tots, ground beef, savory gravies and seven-layer salad. And there was rhubarb crisp for dessert. We sent Elvin and his family home with a generous amount of leftovers.

I don’t know what happened to Elvin. He was always investigating new ways to turn a buck; perhaps he found a new opportunity and moved away. We’ve lost touch but being barefoot in the grass on a summer day always reminds me of him.

Hmm … a potluck sure would be nice. Perhaps before too long we can partake in one when it’s considered safe.