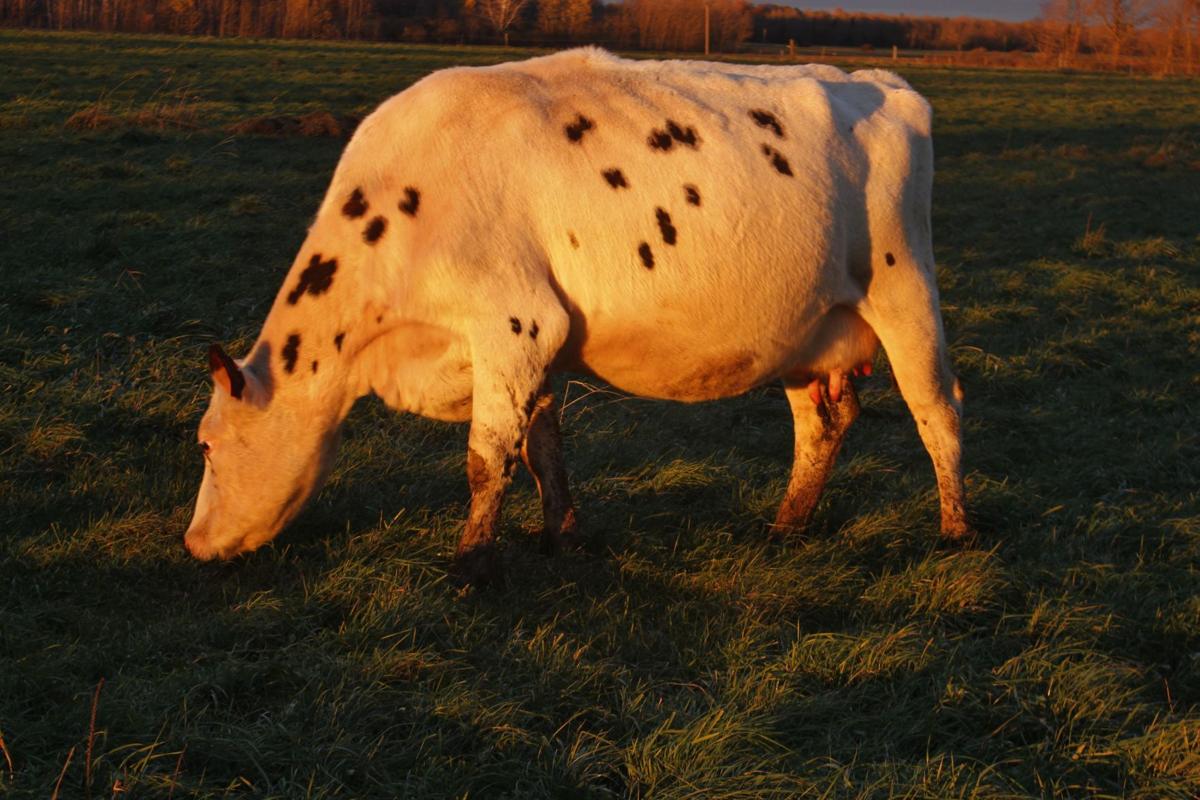 A Normande-cross dairy cow finishes the last grass of the 2018 growing season.

An October pasture will need to wait until the following spring to be grazeable again. 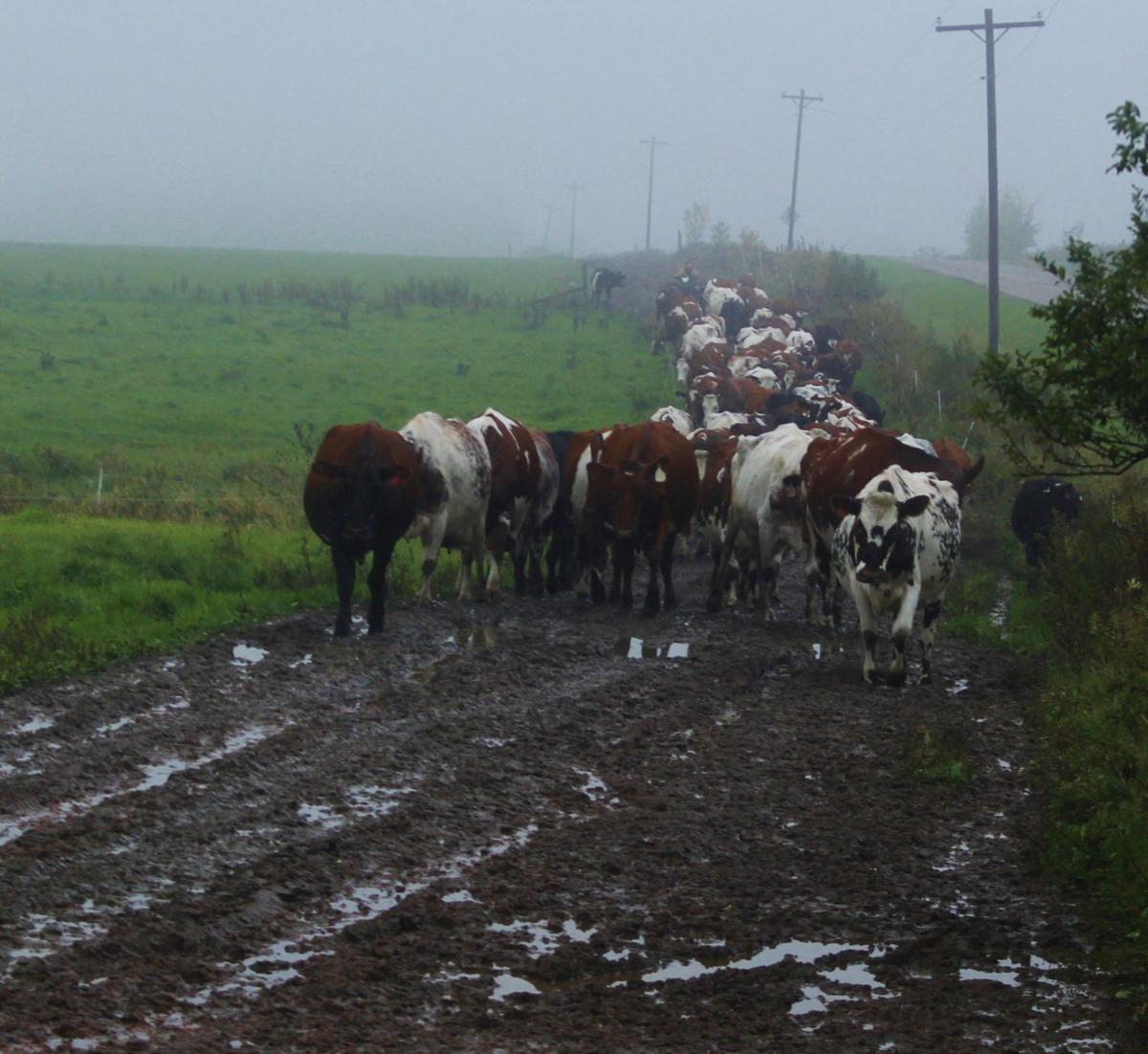 A cow lane in late October dries slowly if at all in fall's receding light.

A Normande-cross dairy cow finishes the last grass of the 2018 growing season.

An October pasture will need to wait until the following spring to be grazeable again.

A cow lane in late October dries slowly if at all in fall's receding light.

I could wax about my love for baseball but let me cut to the chase. Angelo Bartlett Giamatti served as the seventh commissioner of baseball for five months after beginning in that role Sept. 8, 1988. His term ended abruptly when he succumbed to a heart attack at the age of 51. Giamatti was a scholar; he received a doctorate in comparative literature in 1964 from Yale. He later became the president of Yale University for a 10-year period. In his book “Take Time for Paradise: Americans and Their Games” Giamatti pens perhaps the finest paragraph on the essence of baseball I’ve ever read. Because it’s so timely to the season I’d like to share it.

We’ll see where it leads.

“(Baseball) breaks your heart. It is designed to break your heart. The game begins in the spring when everything else begins again, and it blossoms in the summer, filling the afternoons and evenings, and then as soon as the chill rains come, it stops and leaves you to face the fall alone. You count on it, rely on it to buffer the passage of time, to keep the memory of sunshine and high skies alive, and then just when the days are all twilight, when you need it most, it stops.”

One of the biggest compliments a writer can bestow upon another writer is, “I wish I wrote that.” That’s how I feel about Giamatti’s take on the end of the baseball season. I’ve been a baseball fan since forever. I was never far from a transistor radio during the baseball season when I farmed. Being a grass-based farmer lent itself well to listening to a ballgame while setting up a day’s worth of grass for the herd. If I listen to enough games I never know what kind of crazy unexpected occurrence I’ll experience within the confines of a nine-inning affair. A rare triple play might just make my day when things aren’t looking so good after an unexpected decrease in the milk price. Or after a three-and-a-half-hour post-chore investment listening to my team take a 1-0 lead into the ninth inning, I might experience the heartbreak of my team’s closer giving up a bloop and a blast – leaving me in the throes of “the agony of defeat,” as announcer Jim McKay said famously on the weekly “Wide World of Sports” television program of the 1960s and 1970s.

Take the first word of Giamatti’s eloquent paragraph – baseball. Instead put in farming, grass farming, seasonal dairying or any number of farming-related words and the paragraph still makes sense. It perhaps makes even more sense. As October progressed and the last of the grass disappeared into the mouths of my 100-cow herd, I’d review the span of months before the next growing season. No matter how many times I did it the results were the same. I farmed in a place where winter lasted six months – not technically but in reality.

When the grass began growing in May and the tractor could be put away for a month before haying season, life was bliss to a grazing-based dairy producer. Did I like it just because it was easier? Heck yes that was a huge part of it. No matter how grudgingly and slow the spring growth started, it always found its way to the spring and early-summer flush when my farm became a sea of grass. It was then that it blossomed and filled the afternoons and evenings. That’s when it was summertime and living was easy.

But the chill rains would always come, and the memories of sunshine and high skies faded no matter how hard I tried to keep them alive. And there I was, standing in a field of October’s lush verdancy, watching my herd take in the last of summer’s bounty. I was a grown man counting the months till May when the earth would come alive again. Knowing that just when I felt I needed it most, when I needed my farm to be a sea of grass, Mother Nature was preparing for the ground beneath my feet to rest. Just when I needed it most – in Giamatti’s words – it stops and leaves me to face the fall alone.

Savor the end of a prolific growing season, friend. And if baseball’s your passion, enjoy the final week of a very different baseball season.