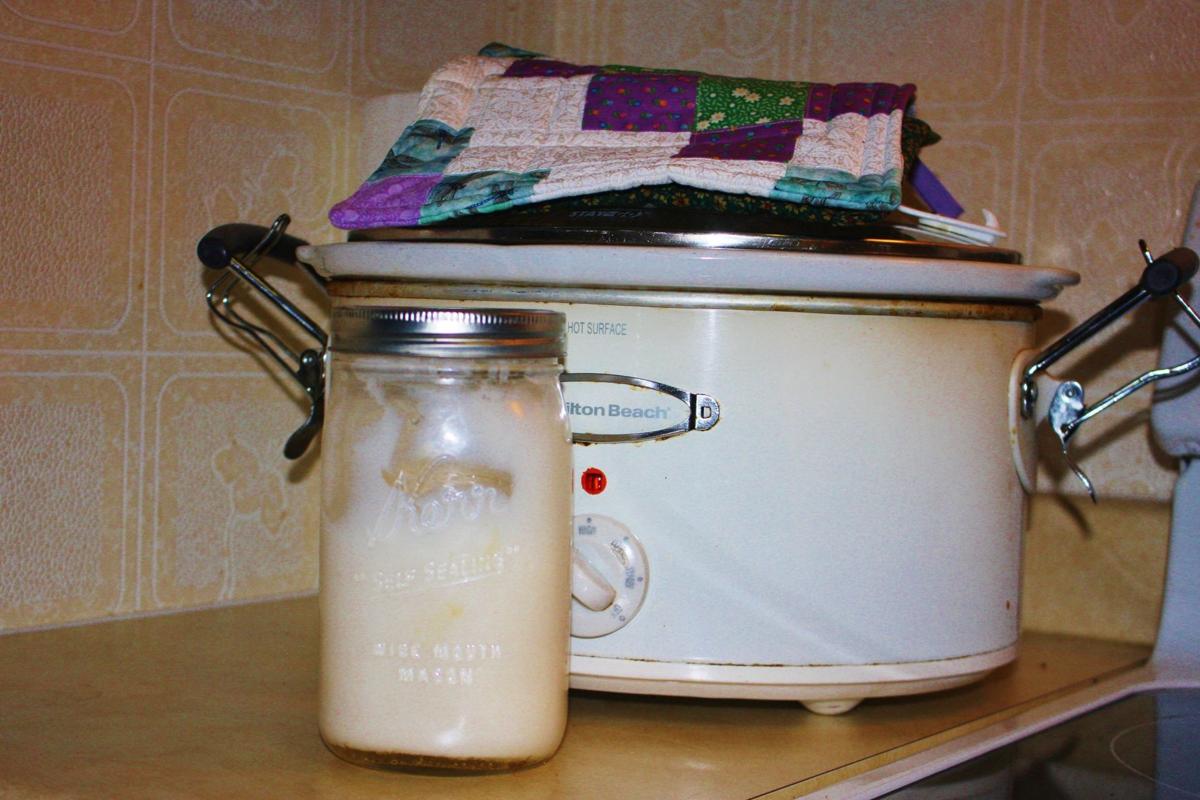 A cooking project involves rendered lard from a grass-fed pig -- an underrated healthy source of fat -- in the Greg Galbraith Crock Pot. 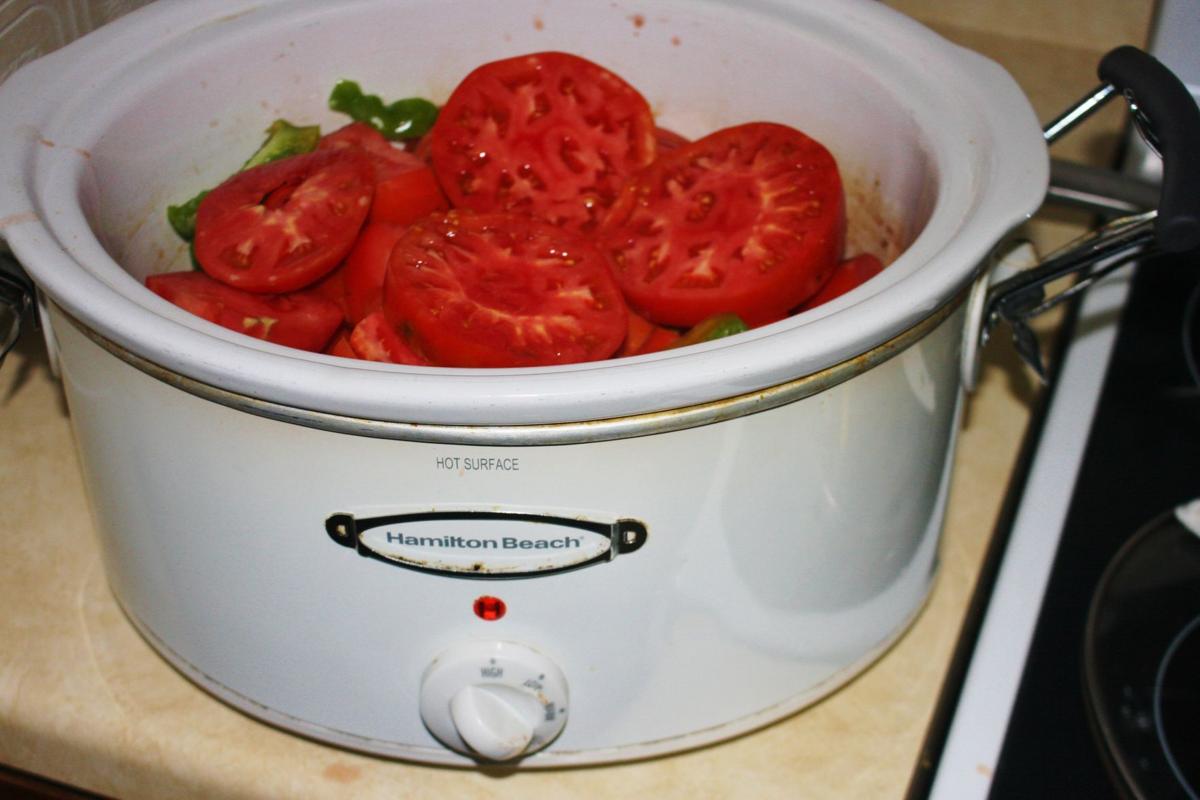 A crock pot is an excellent way to reduce homegrown tomatoes to sauces or ketchup. 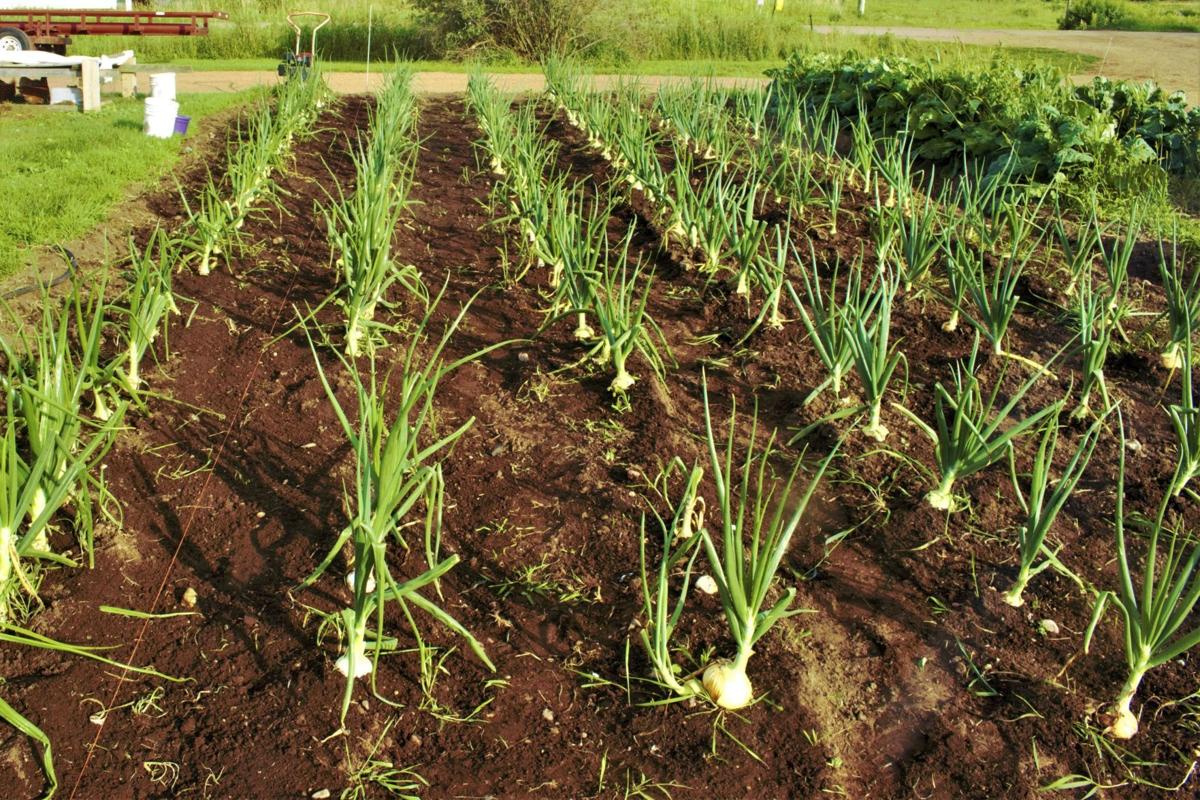 Beneath the onion patch lies an old dairy barn that succumbed to wind in 1997. The barn is buried on Greg Galbraith's former farm.

On the farm there were calories of energy to be expended through work every day of the week. The Crock Pot was my best friend on those busy days. Now hold on for one minute. I can hear the masses now extolling the virtue of the Instant Pot. It’s as though a cook just waves the image of a chuck roast over one and suddenly a perfect Irish stew is ready, complete with fresh biscuits and rice pudding for dessert along with a bottle of Guinness Stout and folded linen napkin – in 10 minutes no less.

But allow me just this once to be a Crock Pot traditionalist and an Instant Pot denier. My apologies to my daughter along with legions of likely justified converts to Instant Pots.

My crock pot is seasoned with the sweat and toil of those who broke the first soil on my former farm long before me. And that’s why I’ll keep using it. On the farm my cooking style was a calories-in-calories-out affair. If we had a big day of strenuous work planned I’d add a few potatoes and make sure it was rich with marrow, whatever protein source I was loading into it. Bones were essential and still are. It was fuel for the laborers – myself, my wife, our part-time help and in the last five years my son. We were fortunate to never be hungry.

And in the corner is a jar of home-made refrigerator pickles consisting of this past summer’s bounty – cucumbers, onion, carrots, radishes and Brussels sprouts. Not only does my cup runneth over but so do the racks within my refrigerator. The grass-fed chicken currently in my crock pot will need to find some elbow room in about two hours.

Simply stated when things aren’t good within or beyond me, I cook.

The breech on our nation’s capital Jan. 6, 2021, is considered by many one of the darkest days in the history of our country. I wholly agree. I’m thankful the inauguration was not marked by violence. Yet it’s hard not to sense that something isn’t right in our country. The images of Jan. 6 are a reminder of that.

Here, have some if you will; it’s just food for thought.

David Ruis in the 1990s wrote a song entitled “There Must Be More” that resonates in the heart of everyone, especially these days.

“Little Creek” is a spring-fed stream that runs through our valley, originating from the family farm. Officially it’s classified “NR 102.11” i…

Among the 30 or so children who came to the chancel every Sunday for the children’s moment in the last church I served, there was a little gir…

This past January in a national newspaper was a preview of a PBS televised version of the famous James Herriot series, “All Creatures Great an…

OPINION  The robust pace of U.S. COVID-19 vaccinations is the most important story in the country right now – and not just because vaccination…

OPINION  The National Association of Conservation Districts’ Climate Action Task Force has submitted a letter to the U.S. Department of Agricu…

A cooking project involves rendered lard from a grass-fed pig -- an underrated healthy source of fat -- in the Greg Galbraith Crock Pot.

A crock pot is an excellent way to reduce homegrown tomatoes to sauces or ketchup.

Beneath the onion patch lies an old dairy barn that succumbed to wind in 1997. The barn is buried on Greg Galbraith's former farm.