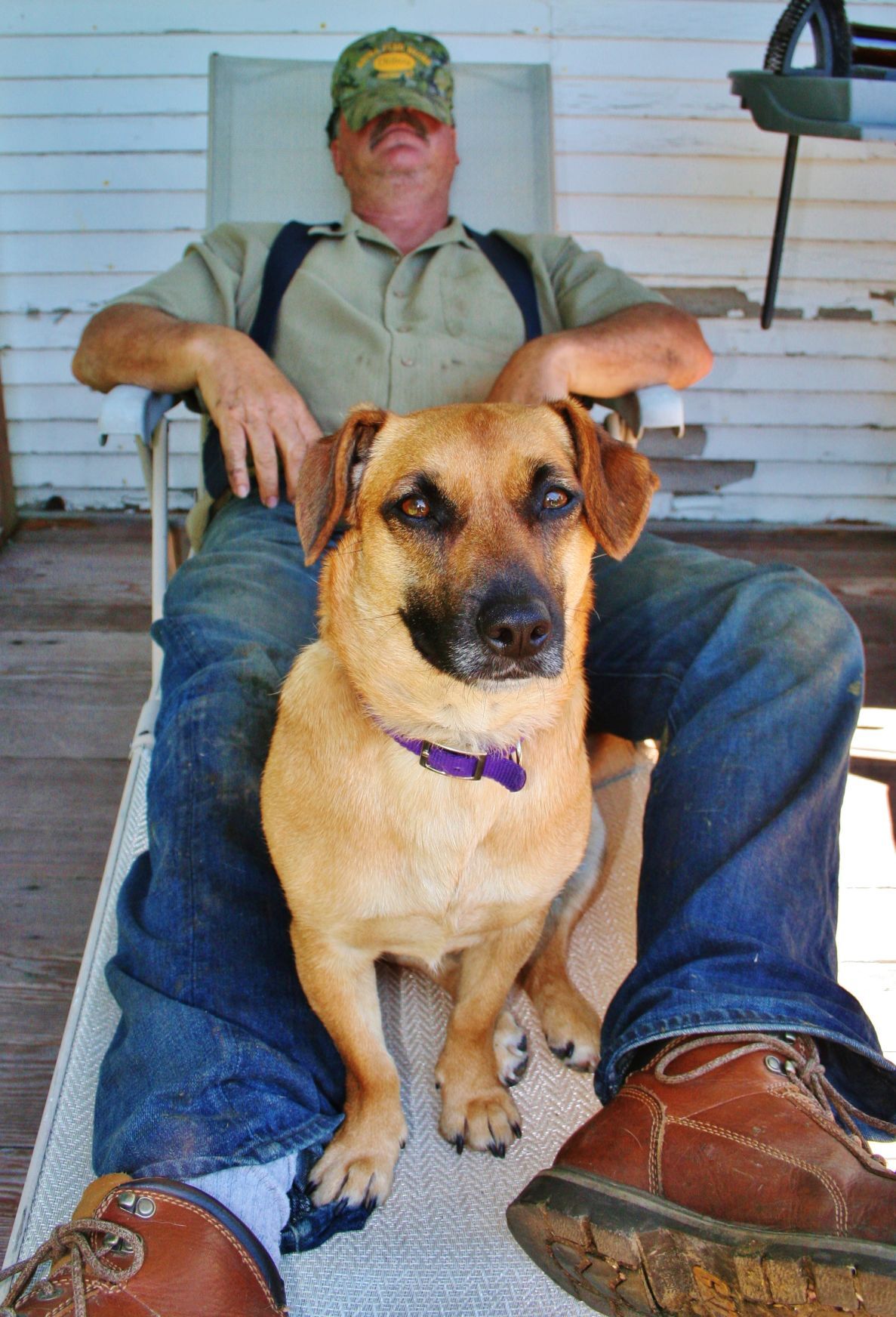 Back when Greg Galbraith farmed, the shady side of the house was as good a place as any to cool off during the hot dog days of summer -- especially for Sheila, his dog. 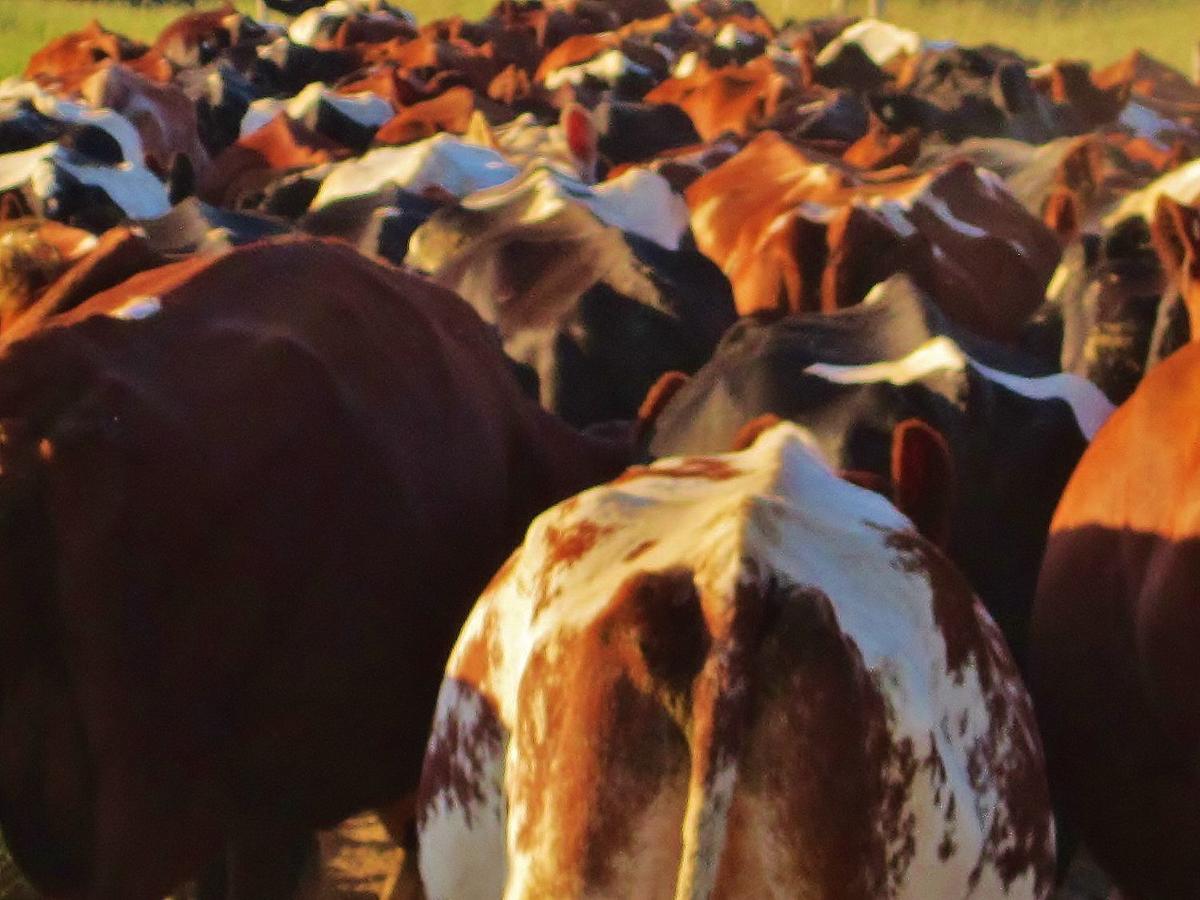 When cattle gang up in the pasture on a hot summer day Greg Galbraith says he wished he could suspend a thermometer above their backs to see what kind of reading he'd see.

Back when Greg Galbraith farmed, the shady side of the house was as good a place as any to cool off during the hot dog days of summer -- especially for Sheila, his dog.

When cattle gang up in the pasture on a hot summer day Greg Galbraith says he wished he could suspend a thermometer above their backs to see what kind of reading he'd see.

Back when I had a dairy herd I thought it would be interesting to hang a thermometer from a bamboo-cane fishing pole extended over the backs of my herd during one of those hot afternoons when the cows ganged up in the pasture corner by the water tank. No I never did it, but one wonders what kind of reading I would have seen.

The dog days came early this year and settled in for an extended period. For cattle owners it’s a big challenge to keep cows comfortable and productive in the heat. Back in the late-1990s when we were just starting our grazing operation in eastern Marathon County we had our first reality check when it came to grazing cows in hot-weather periods. Our herd bull, Big Red, went down in the holding lot during milking time from heat stress. We were inexperienced and not sure what to do as we watched him writhing on his side in a kind of half-coma state with his tongue lolling around.

My wife called the veterinarian clinic; they told us to hose him down. “Run the water all over him and direct it right on his scrotum through the process,” they told us. My wife’s sister happened to be visiting from New York City at the time; she gladly took a turn with the garden hose. Big Red survived the ordeal but was rendered infertile for almost three weeks after the event. Our suspicion that his fertility was affected was confirmed the following spring when we went through a three-week lull in calf births on our seasonal dairy.

We tried a number of things to provide summer-heat relief to our herd as we grew our herd during the 30 years we farmed. I once braced a sprinkler head to a 12-foot stepladder just beyond the hot wire so the herd couldn’t reach it. I tapped into our water line and used a mist setting on the head. The wind could carry the water onto the backs of the cows that had ganged up by 10 a.m. on a particularly brutal day in July. That worked fine when we were only milking 60 cows. As the herd size increased the challenge was greater.

By the time we had our cow numbers to more than 100 head we had abandoned our pasture water system in favor of letting them drink before and after each milking at a location next to the milking parlor. Any time the temperature exceeded 90 degrees we’d bring the herd to the waterers by 11 a.m. A cow isn’t going to do much grazing in that kind of heat so we’d let her drink. Then we’d tap into the line with a hose with a spray nozzle and hose them down every hour while they waited it out until the afternoon milking.

When conditions were right the herd would take care of itself in hot weather. I recall when the entire herd stood single-file along a paddock hotwire with their faces into a particularly hot August wind. It was an impressive sight when our numbers were as many as 150 head including breeding-age heifers and several breeding bulls. One time they resorted to standing along our property line where our neighbors’ woodlot bordered the opposite side of the wire. Unbeknownst to me one of our breeding bulls slipped under the wire to hunker down amongst the maples and basswoods for two days before we knew he was missing. He came limping out with a case of hoof rot and a hide covered in horse-fly bites.

Technically the dog days don’t start until the period following the heliacal rising of the star system Sirius, which Greek and Roman astrology connected with heat, drought, sudden thunderstorms, lethargy, fever, mad dogs and bad luck. That almost sounds like the daily news when I think about it. This year that astral event began July 22, but our dog-day conditions began in late June.

Summer heat is a challenging time for livestock farmers. This July has been a doozy. Here’s to hoping things moderate a bit as we head into August. Best of luck to all the animal caretakers out there.

To the ancient Greeks and Romans, 'dog days' occurred when Sirius appeared to rise just before the sun in July or August. They referred to tho…