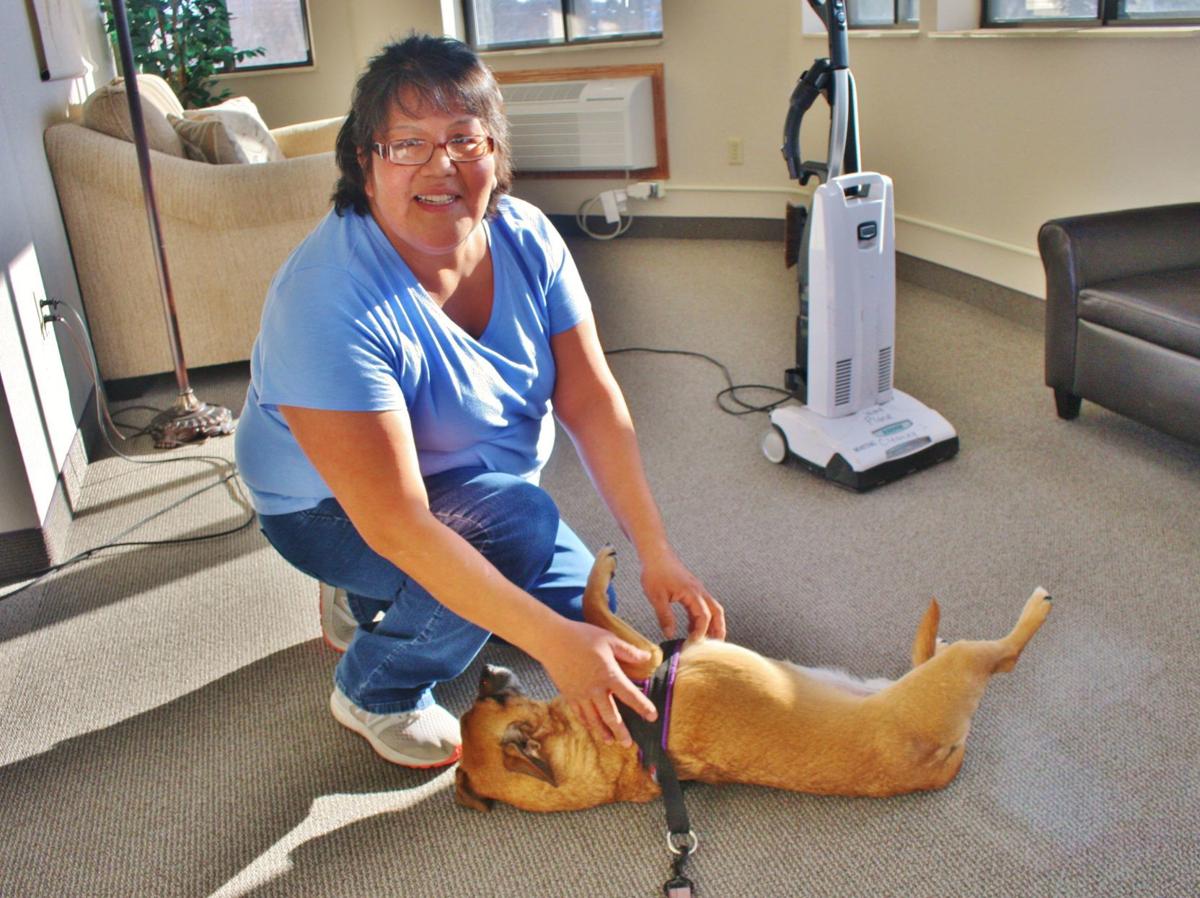 Galbraith dog Sheila helps Greg and Wendy Galbraith meet many fine people at their apartment complex. Sheila has her daily 'good morning' with Gloria Hartfiel, a resident housekeeper where they live in Wausau, Wisconsin.

Galbraith dog Sheila helps Greg and Wendy Galbraith meet many fine people at their apartment complex. Sheila has her daily 'good morning' with Gloria Hartfiel, a resident housekeeper where they live in Wausau, Wisconsin.

I’d heard the statement dozens of times from farmers and rural folk.

One particular comment was made more than once. I’m not sure how to phrase it.

“I couldn’t live where I couldn’t walk outside and relieve my bladder,” was a common reply when I spoke about leaving the farm and moving to an apartment.

As one might guess, it was phrased a bit differently than that.

I had almost no input into the decision of selecting where to move. I was buried in the details of selling the farm and was fine with whatever Wendy chose. That’s actually quite similar to when I began to pursue buying the farm in 1989. I took no interest in the house on the property.

Wendy often recalls how I came home one day and announced I’d found a farm to buy.

“Does it have a house?” was her first question.

“Yes, but I didn’t really look at it,” I answered.

I have a track record of living in some basic dwellings in my past. I recall a single room in a large home that I rented for $78 per month in my college days. It was a big old home that had been divided into 13 separate rentals with two shared kitchens and three bathrooms. Amazingly I developed several lasting friendships from that chance assemblage of dwellers – dwellers who were forced to self-govern such duties as keeping the place clean and livable. I think having experiences like that and the dorm life I had as a freshman helped me acclimate quite readily to apartment life.

It’s been close to a year since Wendy and I have left the farm. I’d like to share some observations concerning what happens when this farmer moved to town. We live in an apartment where 80 percent of the residents are 55 years of age and older. We’re actually on the young side in terms of the age of the average resident here. I don’t know if it’s true of all apartments but in this one there is a sense of community. There are daily activities that occur in a communal space. Although I’ve not chosen to participate – I’m either off to the woodlot or to a farm meeting – I can certainly see the value in such things. It’s been proven that maintaining an active social life is an important part of healthy aging.

What’s most surprising is the connections we’ve made with various folks here through our dog, Sheila.

Several months ago I was walking the dog when Virginia, whom I hadn’t yet met, asked me, “Is that Sheila?”

I answered in the affirmative and she replied, “You must be Greg.”

When I do spend the day at the apartment rather than heading to the woodlot I have an afternoon routine that includes walking Sheila at about 2 p.m. We finish our walk by entering the front-lobby doors. That’s when Sheila has perhaps her favorite part of the day. She strains against her halter and leash to make her way into the property manager’s office to be petted. Then she makes her way to the assistant manager for some treats and more petting.

Sheila is especially fond of the housekeeper at the complex. When I’m heading out for a morning walk Sheila will sense her presence like only a dog can. I’ll be walking down the stairs with her when suddenly she perks up and fights against her leash to go to the lower floor. Inevitably Gloria Hartfiel, the housekeeper, will be on the first floor. The two will have an almost-daily routine of greeting each other.

There are other subtleties of apartment life that I didn’t expect. Walking past resident doors I wonder what’s cooking in there. And then there are observations of the parking-lot dynamic from the third floor where our apartment is. Snow removal is a big deal. We can expect to hear the activity start about 4:30 in the morning after a snowfall. The other day I watched a guy scrape ice off his windshield with a credit card. He wasn’t wearing a hat or gloves either. I could tell by his license plate he was new to the area. Welcome to Wisconsin.

I can’t seem to rid myself of chore clothes from the farm. I’ve washed out all the remnants of barn and cattle odors. Only the stains remain; they’re “clean” stains, so to speak. Like aged whisky, chore clothes improve with age. They were with me when I pulled that calf in a spring snowstorm or walked in from the back-40 after running the tractor out of fuel on a still November evening. I’m lucky to call my old chore clothes my woodlot clothes now.

I remain connected to the countryside I once farmed in.

Big Round Bales of alfalfa/orchard mix or prairie hay. Also

Turbo Turtle Logistics is looking for regional drivers with hopper