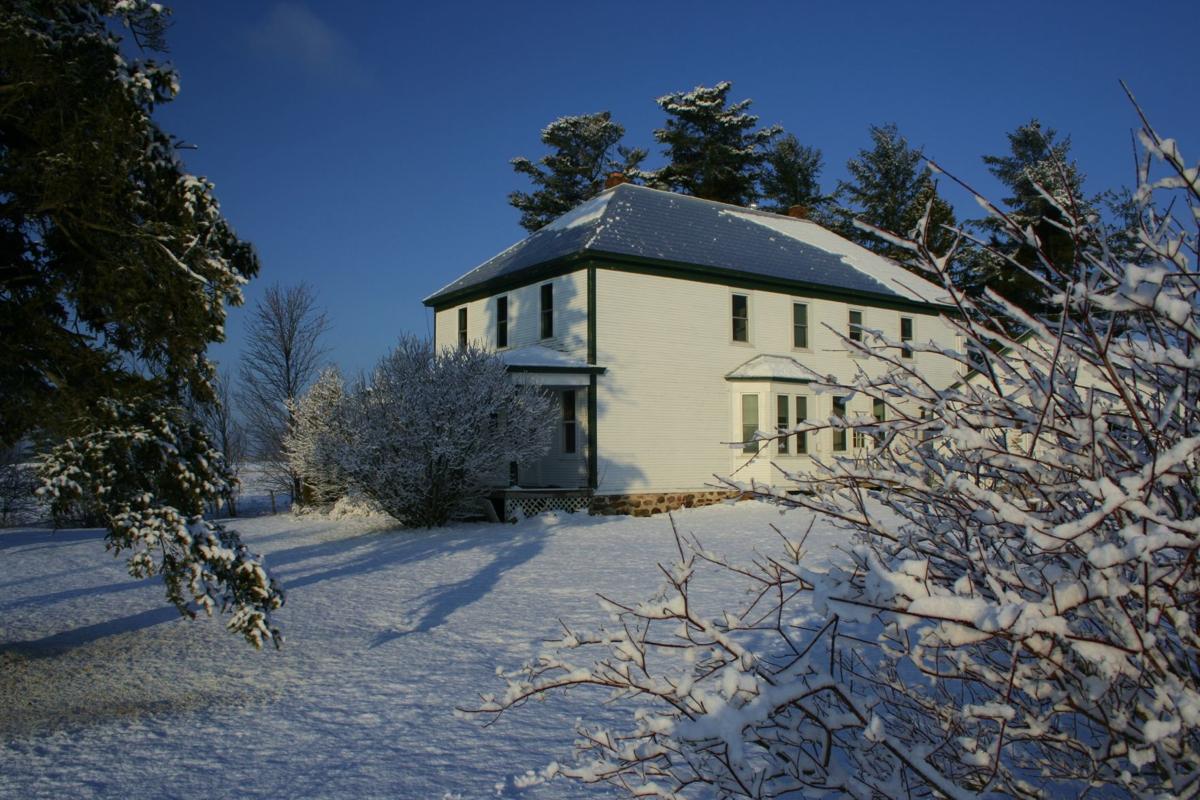 It's good that the former-Galbraith farmhouse will continue to serve the Toby and Mindy Cartledge family. It's been a farmhouse to several families in its existence.

It's good that the former-Galbraith farmhouse will continue to serve the Toby and Mindy Cartledge family. It's been a farmhouse to several families in its existence.

When we bought our farm in 1989 the house was but an afterthought to me. If we turned the faucet handle the water came out; if I flipped a switch on went the lights. It passed my inspection. We loaded our meager furniture selection and personal belongings on a hay wagon and moved from where we were renting a mile away. Our daughters were 1 and 3 years old. At that point it was merely a house. But through life’s twists and turns we eventually made it a home.

A home – according to Webster the second definition of home is a social unit formed by a family living together. A farmhouse is that and more. It’s where the business of running a farm and the joy of growing as a family are hybridized. It’s where children learn that work translates to food on the table, whether it comes from the garden or the market. It’s where the successes and failures of the day are discussed at the kitchen table. It’s where the milk check is pondered over and divvied between the feed store, the veterinarian and fuel supplier. And hopefully there’s enough left for that new bike a child hopes for. It’s where, when the days are fair and breezes blow gently, summer is allowed into the home with the sweet smells of the soil from nearby fields. It’s a respite from driving rain and winter winds.

It was but a shell when we bought it – a monolith of sorts rising from the center of our 240-acre parcel. The traditional federal-style home was sturdily built of lumber sawn from the trees surrounding it. On top of the stone foundation, railroad tracks served as runners to support its walls. The basement itself was a history lesson in the evolution of water heaters, washing machines and mouse traps. An old black dial telephone hung on the wall. On a damp day I could feel a little tingle on my ear when I used it. In one corner were the well workings – the lifeblood of a dairy operation.

Through time our farmhouse became more than an assemblage of two-by-fours and 10-penny nails. Its evolution reflected our slow success as we ventured forth developing our farm and growing our family. The walls that were bereft of décor and artwork took on lives of their own with art that reflected the life of its occupants. The classic aerial photo hung above a desk in a front room that was once a parlor. Eventually a new aerial photo took its place when the barn met its demise from 100-mile-per-hour straight-line winds. As the kids grew their primitive colorings were replaced by sculptures and art-class paintings. Then in a heartbeat their graduation pictures were added. Before we knew it, it was college diplomas and wedding photos.

Each winter different projects to improve the home took place. They were mostly cosmetic except for the addition of a deck constructed of redwood tongue and groove boards salvaged from a wood silo that came down in 1997’s aforementioned winds. One project involved removing a hutch that was between the dining room and kitchen area. We wanted that modern open feel, which was challenging in a home divided into so many small spaces. What we used as closets were likely bedrooms to accommodate the large families of our predecessors.

I can’t forget the occasional non-human occupant. The most memorable was a bat that landed on a lampshade as Wendy and I settled into bed one summer night. Or maybe it was the pine snake in the back room where the chest freezer was kept. What does one expect when living in an abode so seamlessly a part of the good earth one is making a living from?

Wendy and I feel differently about driving past the home that was ours for 30 years. It’s a bit more difficult for her. Those memories of the day-to-day life of farming and raising a family tug more readily at her heartstrings. Either way we are equally happy that what was our home for 30 years can be a home to the young family who bought it from us. Not just any home – a farmhouse.

Enjoy the end of the holiday season, hopefully spent in a warm home with family. May 2020 be a year of health and happiness to you and yours.