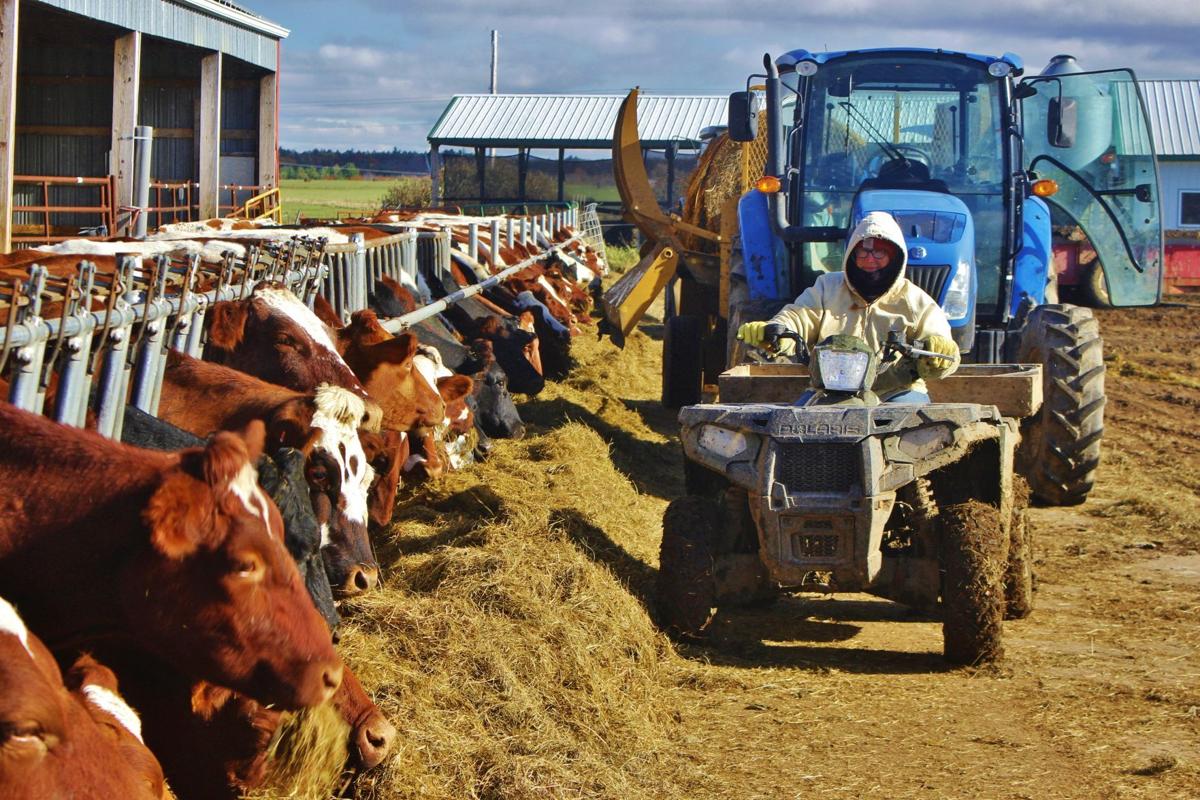 Wendy Galbraith drives in front of what was once a typical red dairy barn. It housed 50 milk cows but eventually evolved into a milking parlor from 1990 through 2019.

The model of a small Wisconsin dairy farm that operates almost solely on family labor is still significant in the state. 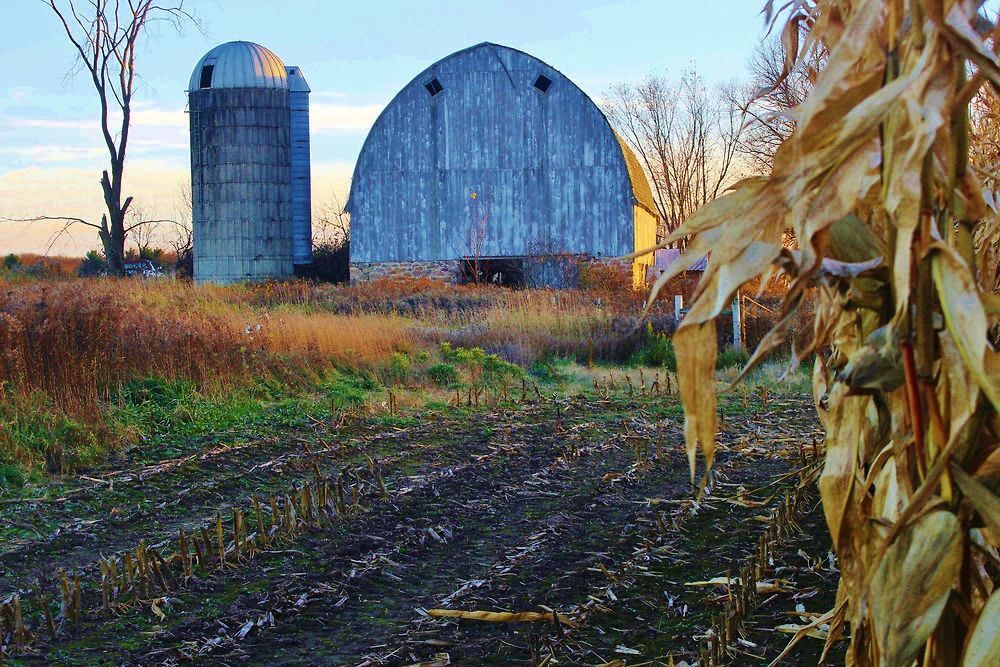 Wisconsin is home to many now-defunct dairy operations that have given way to corn and soybean production. 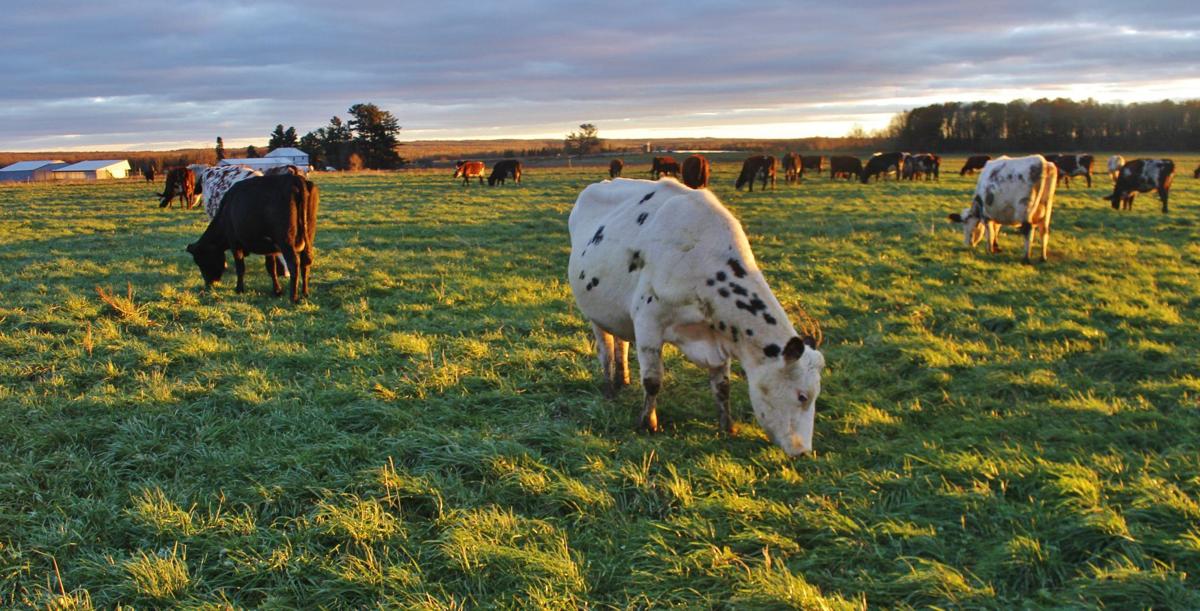 One of Greg Galbraith's favorite answers to the question, 'How many cows do you milk?' was simply, 'Too many when it's milking time and not enough when the milk check comes.'

This past January in a national newspaper was a preview of a PBS televised version of the famous James Herriot series, “All Creatures Great and Small.” It was advertised as “arriving in an America in need of its own relief” from social isolation and other stressors related to living through a pandemic. The story follows a country veterinarian as he cares for the needs of small farmers in the Yorkshire Dales region of northern England. Many of the farmers have a few dairy cows along with a draft horse or two. Images and scenes that pull at our heartstrings are abundant.

It was in the late-1960s when I was 10 years old that I spent significant time visiting my grandfather on his farm in eastern Marathon County, Wisconsin. There was something about the pace of the day on the farm that made an impression on me, a suburban kid from northern Illinois. There was a simplicity to the routine, punctuated by three meals at the kitchen table. It’s true my grandfather was retired by then; he was no longer ruled by his 35-cow Guernsey herd. But he still worked daily either caring for his woodlot or 120-acre farm.

When I look at just a single day and the work he did it’s evident he wasn’t exactly moving mountains. If it was a day that involved haying, most of the morning was engaged in machinery preparation. I’d be helping him attach the mower or baler, and greasing them for the day. I’d check the twine supply or sharpen sickle knives. If the old man was headed for the woods I’d watch as he sharpened his old Homelite-chainsaw blade, and mixed oil and gas for the two-cycle engine. It seemed like just when it was time to start the real action of haying or making wood, it was time to break for “dinner.”

Dinner was the noon meal – the day’s biggest. It was often complete with pot roast, boiled potatoes, green beans, and a slice of buttered Wonder Bread with pure maple syrup on top for dessert.

After dinner my grandfather would grab his Motorola radio to sit in his easy chair while listening to the news. About the time the daily obituaries were read he’d doze off for a quick cat nap. And then we’d head out for the afternoon, when the real bulk of work took place. By supper time he’d have a field of hay laid down or baled, or wood cut and ready for stacking. He wasn’t moving mountains but it was the daily pace of his efforts that added up. And in 1968 that resulted in a nice well-maintained debt-free small Midwestern farm.

It’s something many folks currently want – but it’s old news that farm numbers have declined in numbers since 1968. Yet they’ve grown in size.

Rapid advances in the mechanics and technology involved in dairying – and farming in general – are mind-boggling. It’s difficult not to be enamored with engineering advances that have made life easier for farmers.

I recall an old-timer relating he thought it was crazy when round balers were coming onto the scene. But he was quick to admit he was wrong when they have all but replaced the small square baler for haying. It was simply a much-faster way to make hay. I certainly never pined for my Allis-Chalmers 302 Bale Chief small square baler once I invested in a faster more-efficient round baler.

The same old-timer – gone now – would drive his John Deere lawn mower to our farm to marvel at my wife, Wendy. She would operate the loader tractor to feed freshly baled hay into the round-bale wrapper, to be plastic-wrapped for silage bales. I would be baling, making hay on rented land next to his property. Making silage hay was one of the technological advances we adopted. It eventually led to our herd size increasing, from 90 to 110 cows. Any increase in cow numbers beyond that would have exceeded the limits of our facilities and personal goals. I doubt if I was cut out to manage the significant hired-labor needs of a 300- or 400-cow operation.

Labor-saving advances are almost always advertised as ways to increase profit and efficiency. But unfortunately they almost always involve replacing a pair of human hands. Still if “All Creatures Great and Small” provides people with a sense of normalcy and solace during challenging times, perhaps the value of small-scale farming goes beyond the tangibles of profitability and efficiency.

In September 2020 the International Dairy Foods Association reported American dairy consumption reached an all-time high – driven by the demand for cheese, butter and yogurt. The industry won’t be disappearing any time soon. But it will surely continue to evolve and be impacted by consumers who are increasingly aware of how the food they purchase is produced.

What is almost always in the way but may never go away? What serves as a hangout for bluegills by day and bullheads by night? What spent its e…

The sound of thunder rolled through the valley just as we were headed to bed. Flashes of lightning brightened the dark. The welcome sound of r…

OPINION  The National Association of Conservation Districts’ Climate Action Task Force has submitted a letter to the U.S. Department of Agricu…

OPINION  Maple Ridge Dairy owner Brian Forrest oversees the health and well-being of 1,700-plus dairy animals on a farm in rural Marathon Coun…

Question: Why do dogs have black lips?

MG Sutker, a clergy colleague in Pennsylvania, writes, “So now that the phrase ‘avoid it like the plague’ no longer has any meaning, what will…

Wendy Galbraith drives in front of what was once a typical red dairy barn. It housed 50 milk cows but eventually evolved into a milking parlor from 1990 through 2019.

The model of a small Wisconsin dairy farm that operates almost solely on family labor is still significant in the state.

Wisconsin is home to many now-defunct dairy operations that have given way to corn and soybean production.

One of Greg Galbraith's favorite answers to the question, 'How many cows do you milk?' was simply, 'Too many when it's milking time and not enough when the milk check comes.'