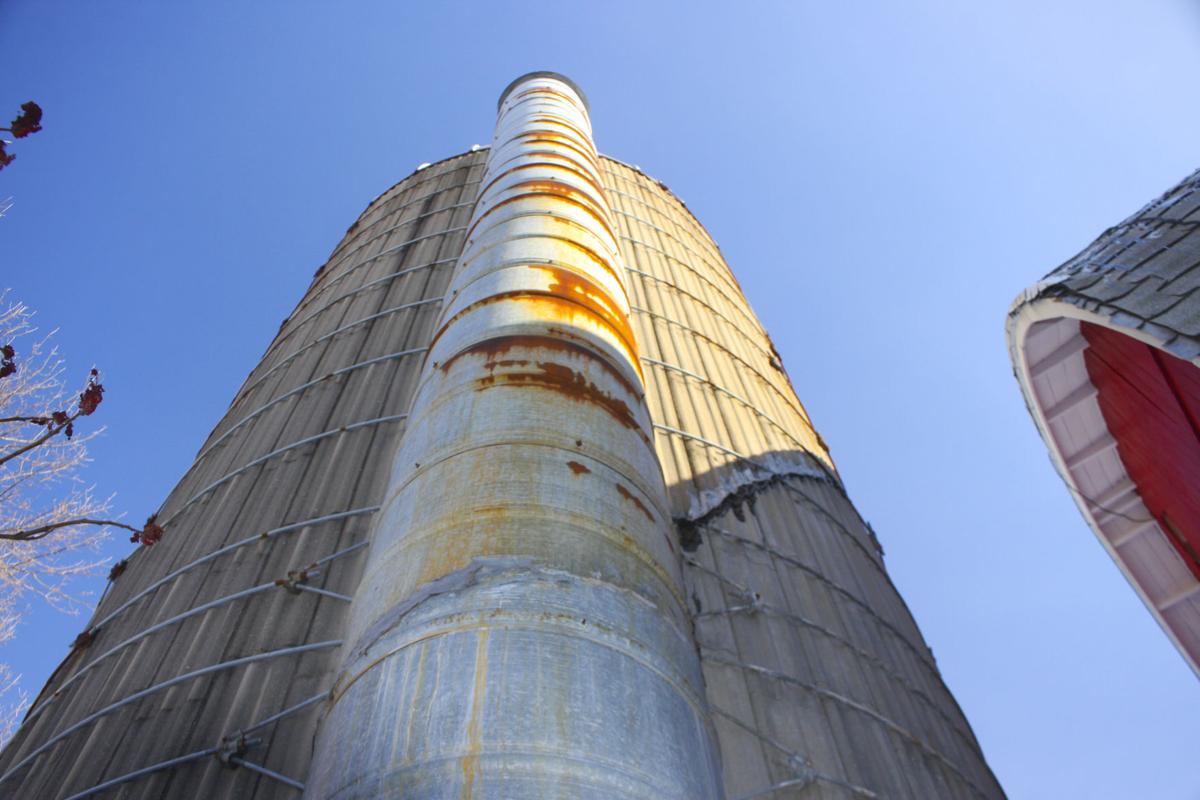 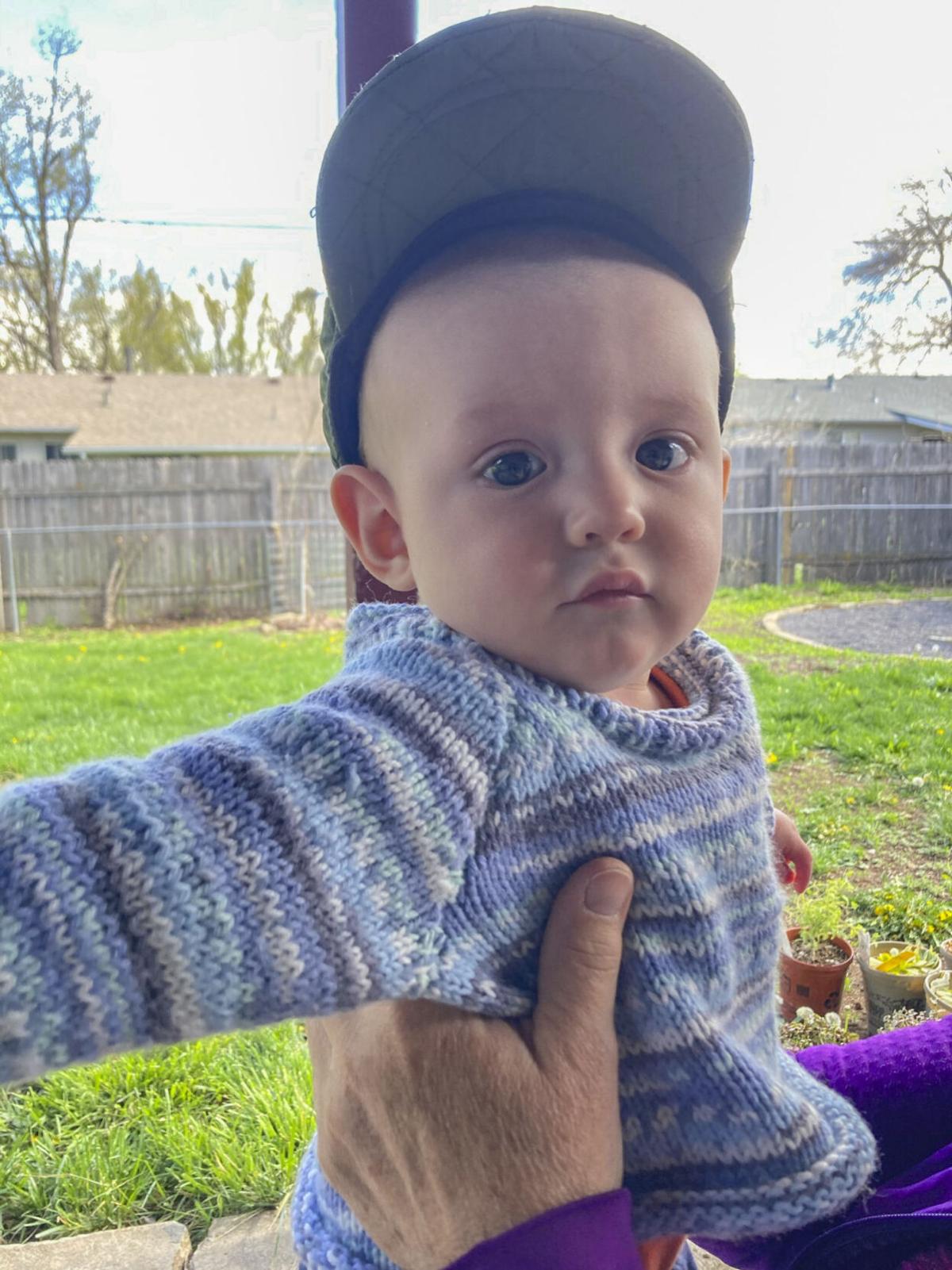 Greg Galbraith meets his new grandson Marty in May 2021 in Ft. Collins, Colorado. 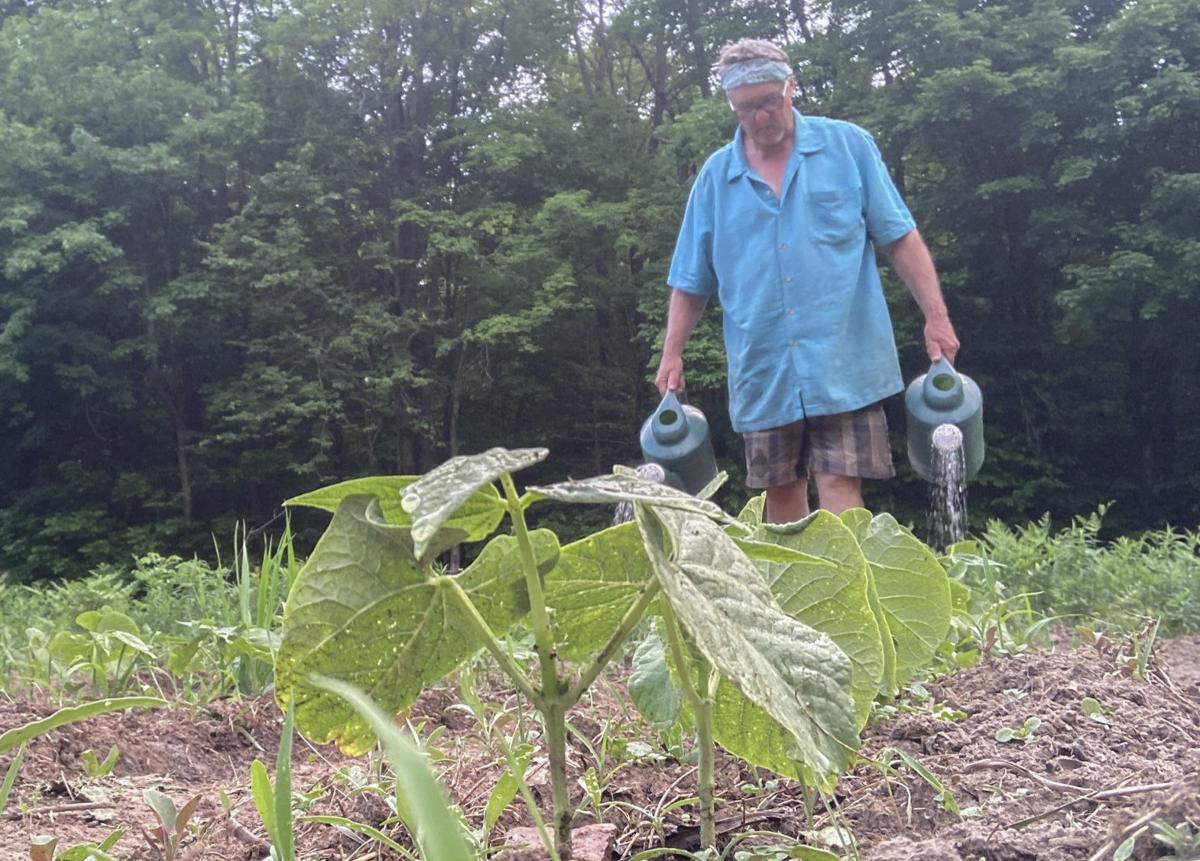 A stretch of hot dry weather in June 2021 requires Greg Galbraith to water his woodlot garden. 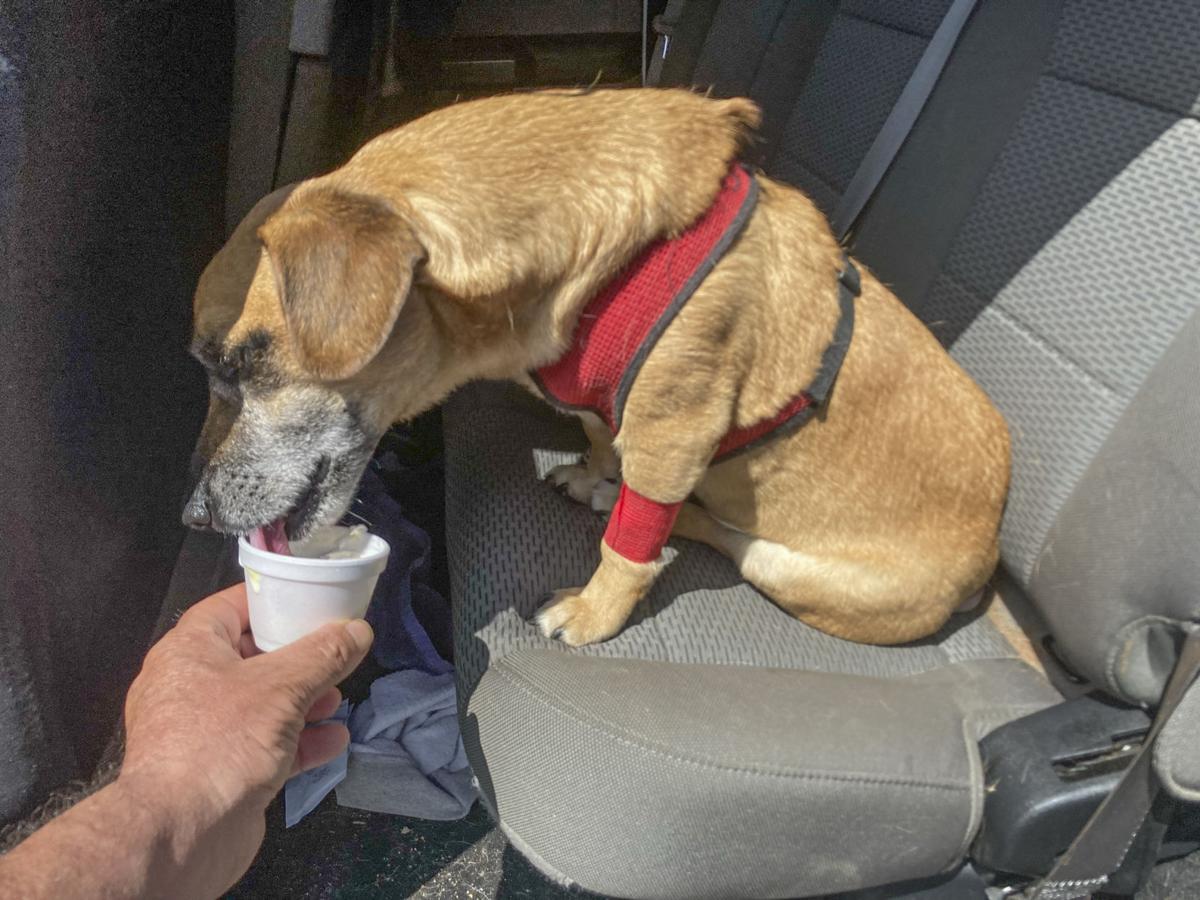 Greg Galbraith’s dog, Sheila, enjoys a pup cup of ice cream after a visit to the Birnamwood Veterinarian Clinic. 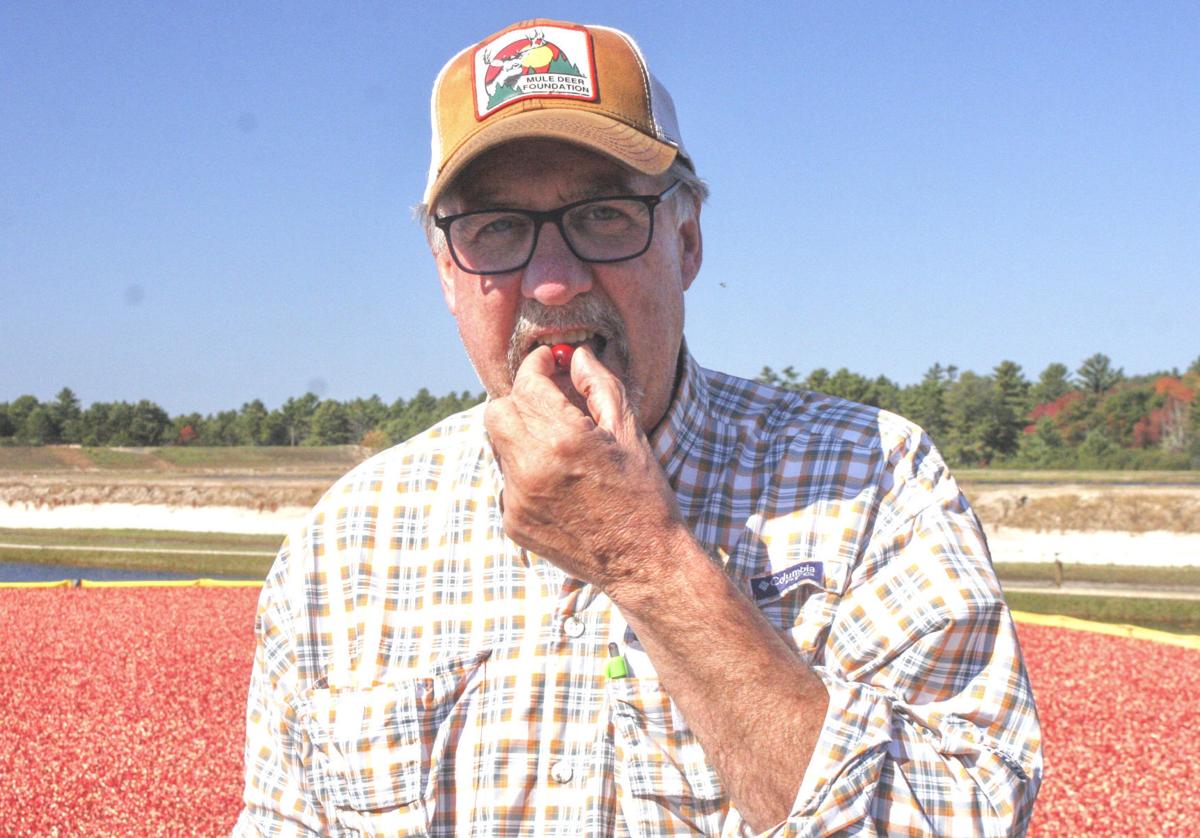 A fall visit to the Wisconsin Cranberry Research Center in Millston, Wisconsin, includes sampling of berries direct from harvested beds. 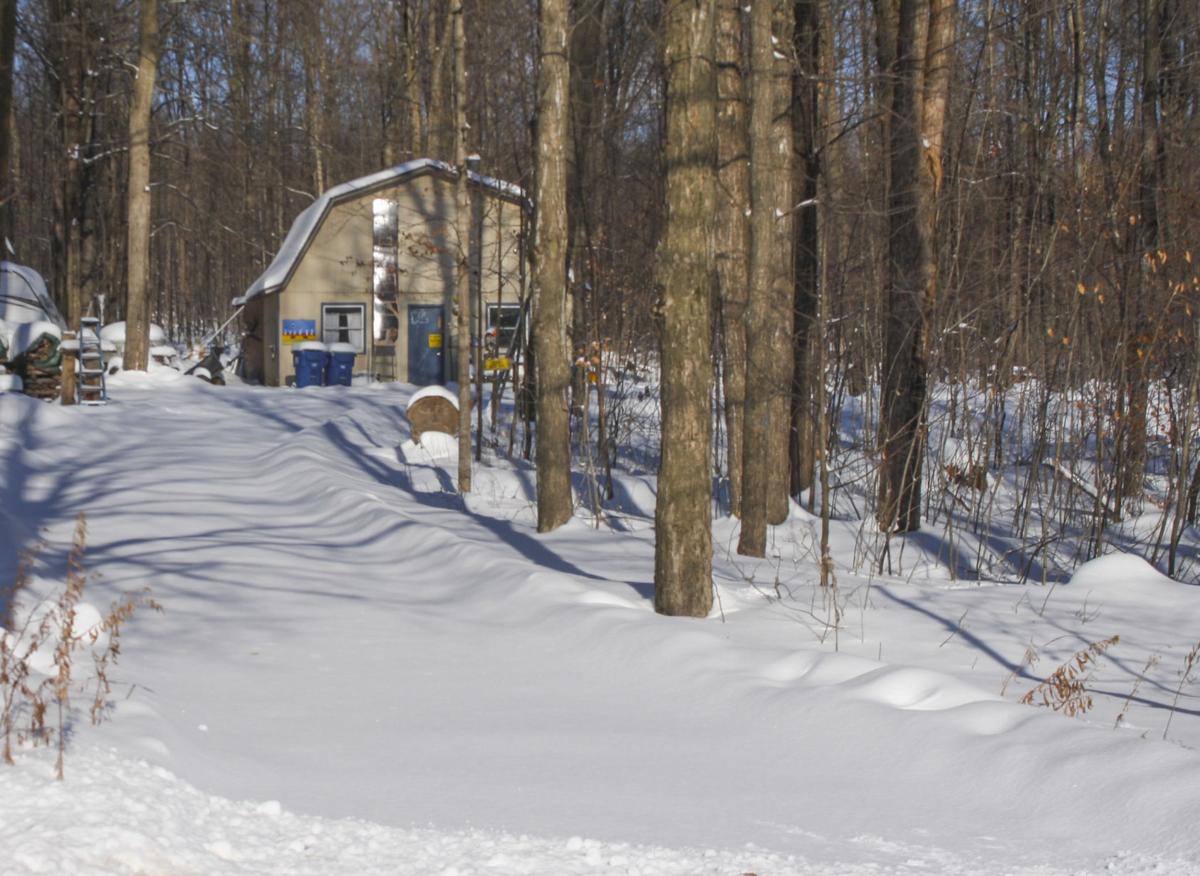 Winter returns to the woodlot in December 2021 with a dose of snow and cold.

Time happens in the mind’s eye. It’s related to the number of mental images the brain encounters and organizes, and the state of our brains as we age. When we grow older the rate at which mental images are perceived decreases. Some experts assert the shift in image processing leads to a sense of time speeding more quickly. Rocker Steve Miller put it another way in his 1977 hit song Fly Like an Eagle – “Time keeps on slippin, slippin, slippin into the future.”

A new year has arrived. It’s time for the annual agricultural year in review and new-year preview. The world’s collective literary cup overflows with pundits and prognosticators. I’ll stick to reviewing. Here’s a condensed re-cap of my year covering agriculture.

One year ago webinars and zoom meetings dominated ag-related presentations. I attended a session called “Breaking the Cycle” presented by Jason Cavadini, assistant superintendent at the University of Wisconsin-Marshfield Agricultural Research Station near Stratford. Cavadini said current agricultural practices are in a cycle – a cycle that was implemented for a reason but needs to continue evolving for the sake of soil and water conservation.

“There’s a lot of eyes on what we’re doing as farmers,” he said.

A month later in February 2021 I recalled the environment of the silo chute – a dark place where silage particles from previous generations cling to cobwebs. It’s a place known to many pre-geriatric farmers driving F150s and wearing feed caps in America’s Dairyland.

March found me metaphorically on my knees watching dung beetles on 1dr Acres Farm near Dodgeville, Wisconsin. Farmer Cherrie Nolden said the farm was a cornfield when she purchased it and converted it to perennial pasture. By managing the farm using holistic planned grazing and minimal livestock de-worming she is able to attract and maintain a population of dung beetles.

April had me writing about layers – not egg layers but clothing layers. April was the month of many layers on my former farm. Often the mid-day sun would have me taking off a layer only to have winter return on the trail of a passing cloud that spit an icy mix.

“Where the heck’s my coat,” was my oft-uttered April refrain.

In May, with pandemic restrictions easing, I sat around a kitchen table with a delightful trio of ladies from Rudolph, Wisconsin. They recalled the locally famous Rudolph Rock incident that celebrated its 50th anniversary in 2021. It was an act of high school hi-jinx that has become a positive tradition in Wood County.

July found my Corgi-Dachshund, Sheila, 9, pulling up lame. She has a recurring pinched-nerve issue in her spine, exacerbated by her elongate anatomy. After 30 years of using a veterinarian for problems ranging from prolapsed uteri to grass tetany in my dairy herd, I had a new reason to visit the Birnamwood Veterinary Clinic in Birnamwood, Wisconsin. Sheila has since recovered and is spry as a pup despite her greying muzzle.

Nothing says August in Marathon County, Wisconsin, like the Wisconsin Valley Fair. This past year’s event was dubbed Homegrown Fun in 2021. After strolling through the cattle barns and watching the goat-showmanship event in the Livestock Pavilion, it’s difficult not to agree with the title – especially after finishing the day with a homegrown-in-Wisconsin loaded baked potato. It’s one of Wisconsin’s largest county fairs and well worth putting on the radar for an annual August visit.

September came and went. The woodlot hardwoods sported the reds and yellows of another fall. Tomatoes ripened in the raised beds of my garden. The bass fed aggressively on our little off-grid lake in northern Wisconsin. The juvenile loon thriving on the lake all summer was found lifeless on a nearby gravel road. It ventured too far, too soon. Nature teaches cruel lessons.

October found me in the scarlet splendor of cranberry country at the Wisconsin Cranberry Research Station. I learned a great deal about the crop from Alison Jonjak, University of Wisconsin-Division of Extension cranberry-outreach specialist, who soon had me sampling berries straight from the beds.

November had farmers wondering if summer would ever end as warmer-than-normal temperatures were the rule. The fall harvest went smoothly for most of Wisconsin. The inevitable cold of the winter season arrived in December, with a few rounds of snow and below-zero readings. The year 2021 is in the rear-view mirror. A new season of annual meetings and conferences has returned.

Cheers to a new year, friend. May it be fulfilling and prosperous.

It’s cold and it’s getting colder,

Old memories become blurry with the passage of time, but a particularly cold Sunday 45 years ago stands out for me as memorable; it was a shoc…

Jo gave me two Louise Penny books for Christmas – murder mysteries, my favorite guilty pleasure. Don’t ask me what that says about my personal…

Back home they call me Johnny. Whenever I’m around the neighbors where I grew up on the farm, or with my old Ithaca wrestling teammates, the u…

MARATHON COUNTY, Wis. – A photo reflects the black and white of another era. Long linen gloves hide work-worn hands. A young gent in a newsboy…

County fairs are a time for reunions and celebrations of achievements. Seldom does one go looking to meet God at the fair. The 2021 Washington…

Greg Galbraith meets his new grandson Marty in May 2021 in Ft. Collins, Colorado.

A stretch of hot dry weather in June 2021 requires Greg Galbraith to water his woodlot garden.

Greg Galbraith’s dog, Sheila, enjoys a pup cup of ice cream after a visit to the Birnamwood Veterinarian Clinic.

A fall visit to the Wisconsin Cranberry Research Center in Millston, Wisconsin, includes sampling of berries direct from harvested beds.

Winter returns to the woodlot in December 2021 with a dose of snow and cold.