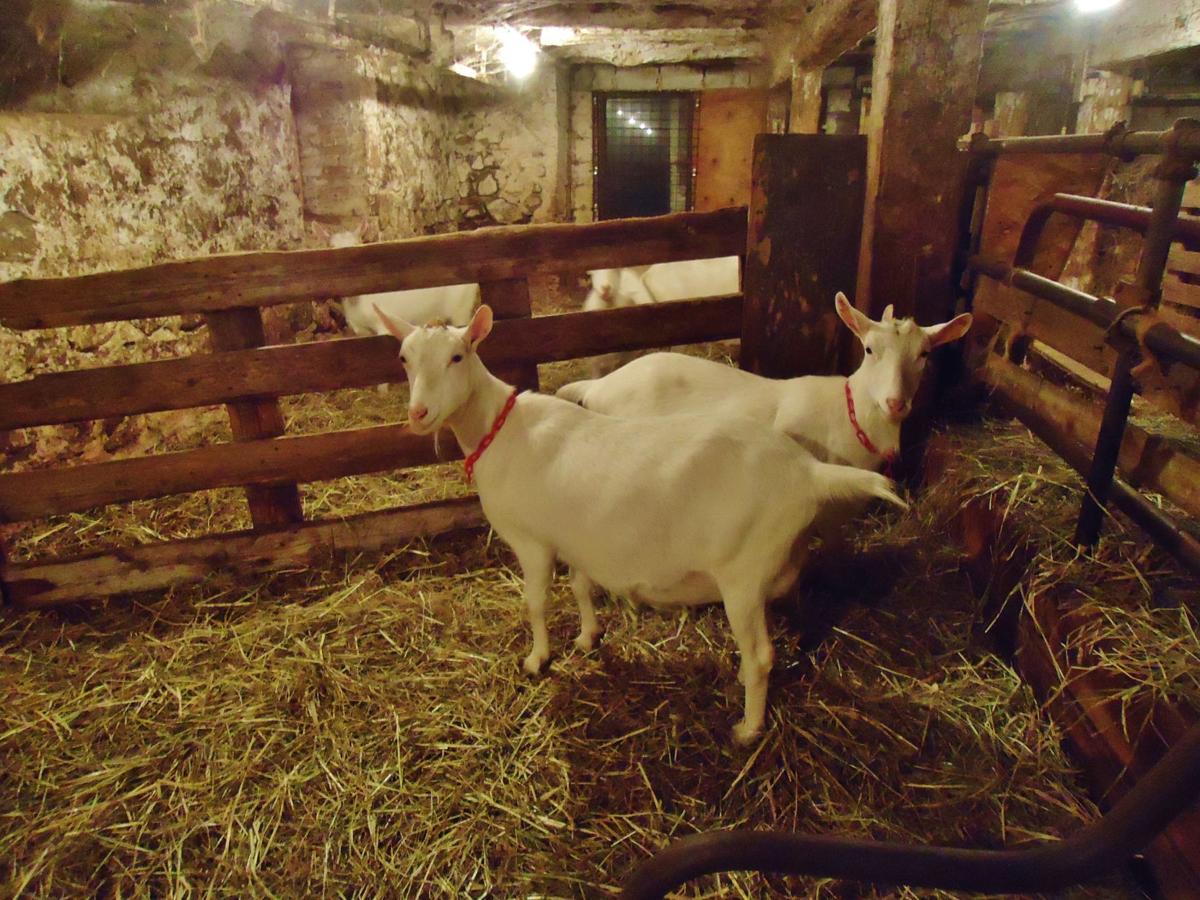 Pokey and her daughter wait for their new forever home. 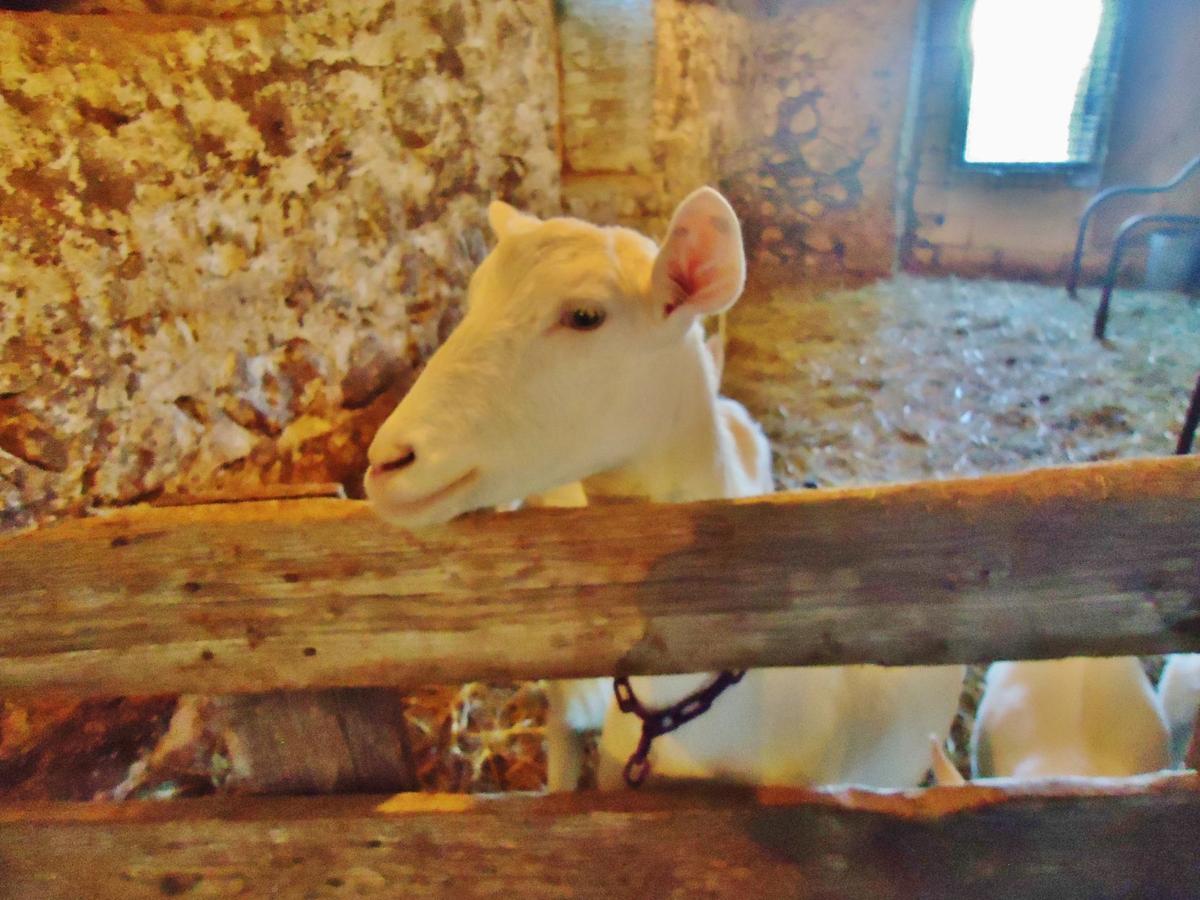 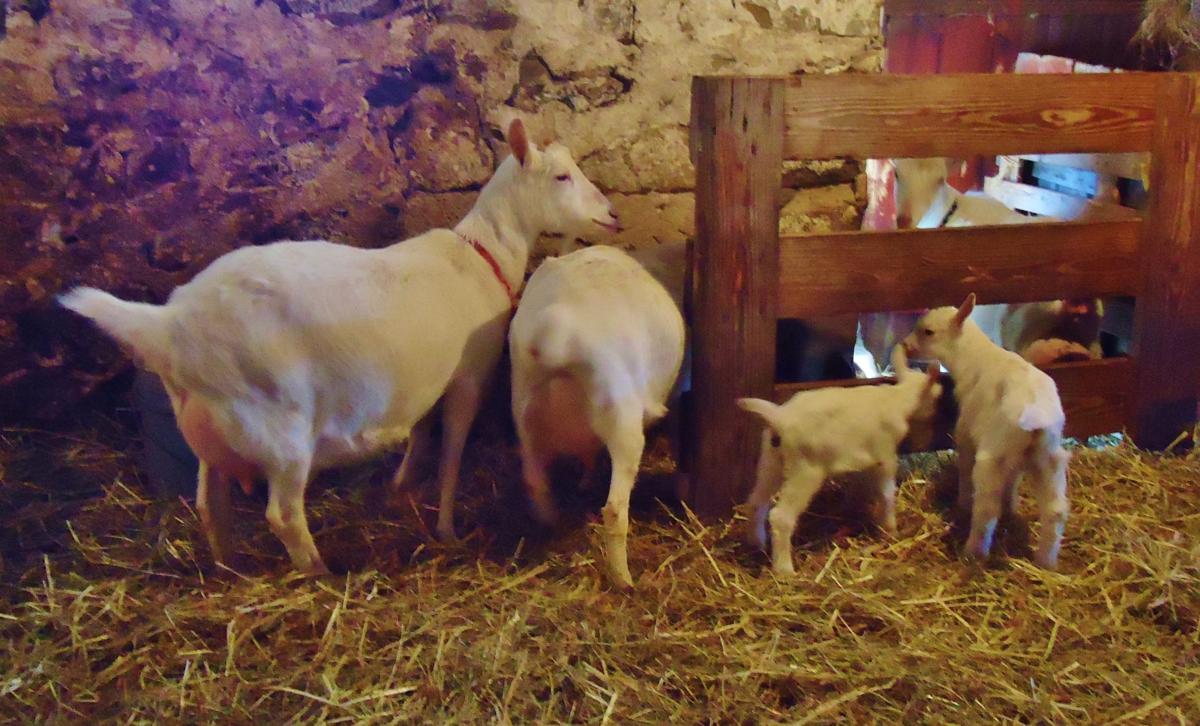 Saanen goats are fairly even-tempered unless something frightens them. 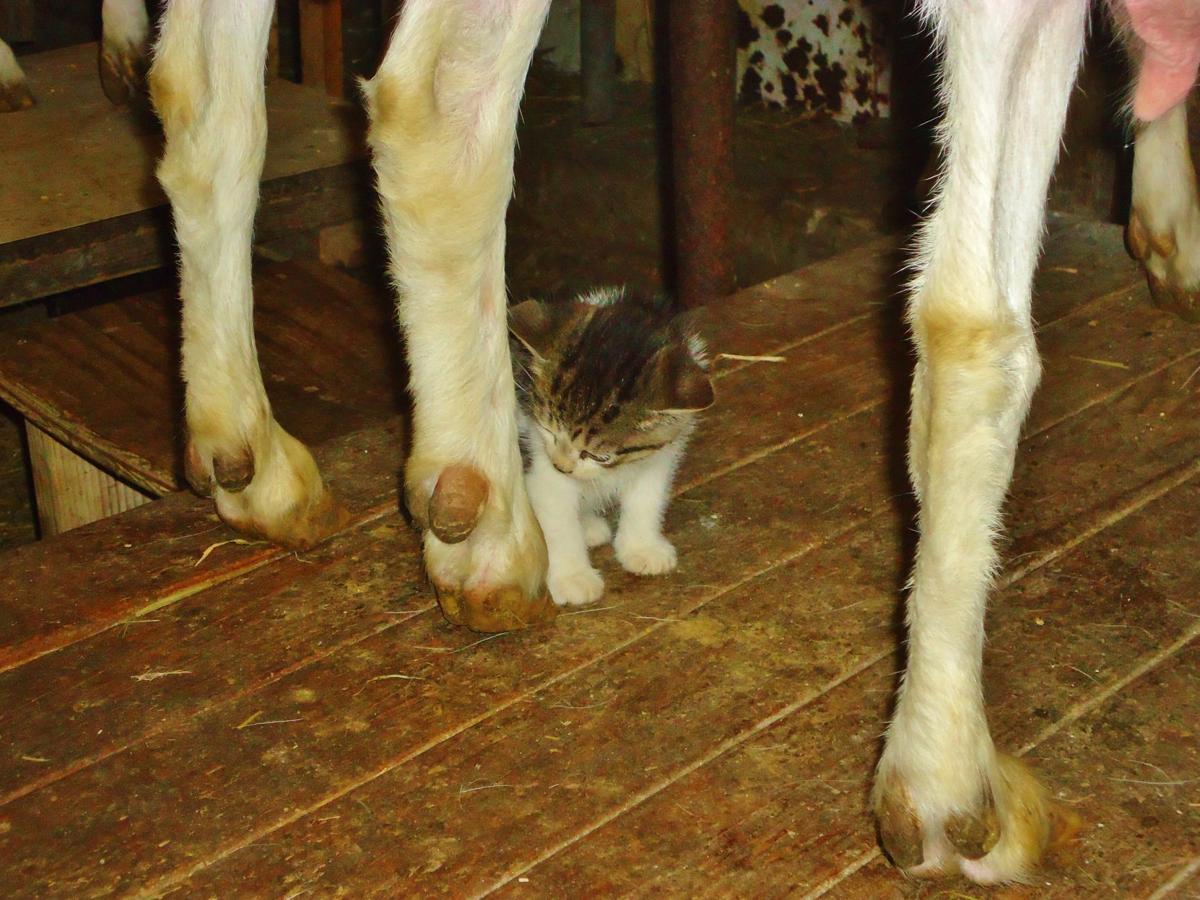 A little kitten will need to find two other does willing to stand still while she inspects their legs. 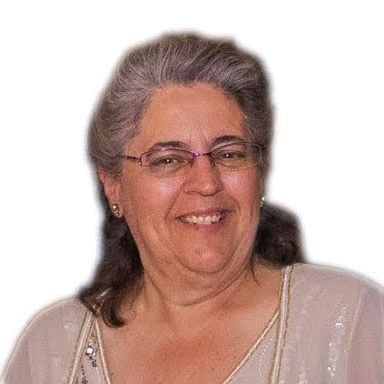 Pokey and her daughter wait for their new forever home.

Saanen goats are fairly even-tempered unless something frightens them.

A little kitten will need to find two other does willing to stand still while she inspects their legs.

KEWASKUM, Wis. – Normally I ask for angels to assist in the moving or sale of animals in our stewardship. The process is often without issue when I do, the end being reached without incident.

Recently the decision was reached – by me – to decrease the size of our small dairy-goat herd. We were receiving far more milk than we could use so it was time for us to downsize before the next season’s crop of young kids arrived.

The most likely candidates in our milking line were identified. I always try to choose younger animals most likely to adapt to new circumstances in a short time. This time I chose a producing mother-daughter team who stick together and are fairly laid-back. One of them was named Pokey because that describes her demeanor quite well. Surely she would be a good fit.

The day of separation came. Though I had prayed over the does, asking they would be a blessing to their new stewards, I had completely neglected to invite God’s angels to accompany the transfer. We brought the does to the milking stand in order to change their necklaces. They were wary because there were strangers in the barn – even more so because some of the strangers were children with higher voices and faster movements. I took the children out of the barn, hoping my husband and their mother could transfer the does from the barn to her vehicle.

The elder doe was loaded first. While the younger one was being loaded I returned with the children, whose voices set the elder doe into a panic. She jumped out of the vehicle and headed for the hills! My husband set off after her as we secured the daughter in the vehicle. In my discussion with the buyer I lamented that I had not invited angels to guard over the transfer of ownership. Obviously it was time to remedy that.

After a time no one had returned so I began to search. A faint voice told me they were in the cornfield at the other end of the farm – on the way to the vast acreage of state land. That was not good news.

We were just preparing to jump in the buyer’s vehicle to find the doe when suddenly a black pickup roared into the driveway. A most unlikely looking answer to the prayer for assisting angels climbed out to excitedly ask if we were missing a goat.

“Well she’s running up the road heading north,” he reported.

Having delivered his message, he jumped back in his truck and roared out of the driveway. Sure enough we found the doe running along the road.

But as soon as we located her a car came along and she skedaddled into the driveway of a newly constructed home. My husband had lost sight of her a while earlier and now I feared I had as well. Then I looked down to see her footprints in the not-yet-made lawn; they told me the direction she’d gone.

She was still quite a bit ahead of me and had not slowed as she ran through the next property around their ponds, heading into brush. Periodically I could see her white tail bouncing in the scrub as she made her way west. At one point she encountered a water-filled ditch, which slowed her a bit. But despite a goat’s aversion to water she waded through that to meander on toward the next property.

My husband almost had her apprehended – until the young son of the new owner came running around the other side of the house, redirecting her in yet another direction. Oi! She was off to the next home. That one had a sliding glass door on the backside. It caught the attention of our wayward doe; she thought she was seeing a companion. Her attention was diverted long enough for my husband to grab her and keep hold of her. After a half-hour chase both of them were ready to drop from exhaustion.

That time she stayed in the vehicle when she was lifted in. Hopefully it was a good lesson to me to invite God’s angels to preside over our next transaction.

Married for 42 years, Darlene Stern and her husband have raised a family of nine in rural southeast Wisconsin. She has been a stay-at-home mom, goat herdsperson, dyslexia tutor, midwifery advocate, newsletter creator, manuscript editor, published author, model for professional artists and passionate pursuer of Jesus Christ. Her degree in geography is from the University of Wisconsin-Platteville.