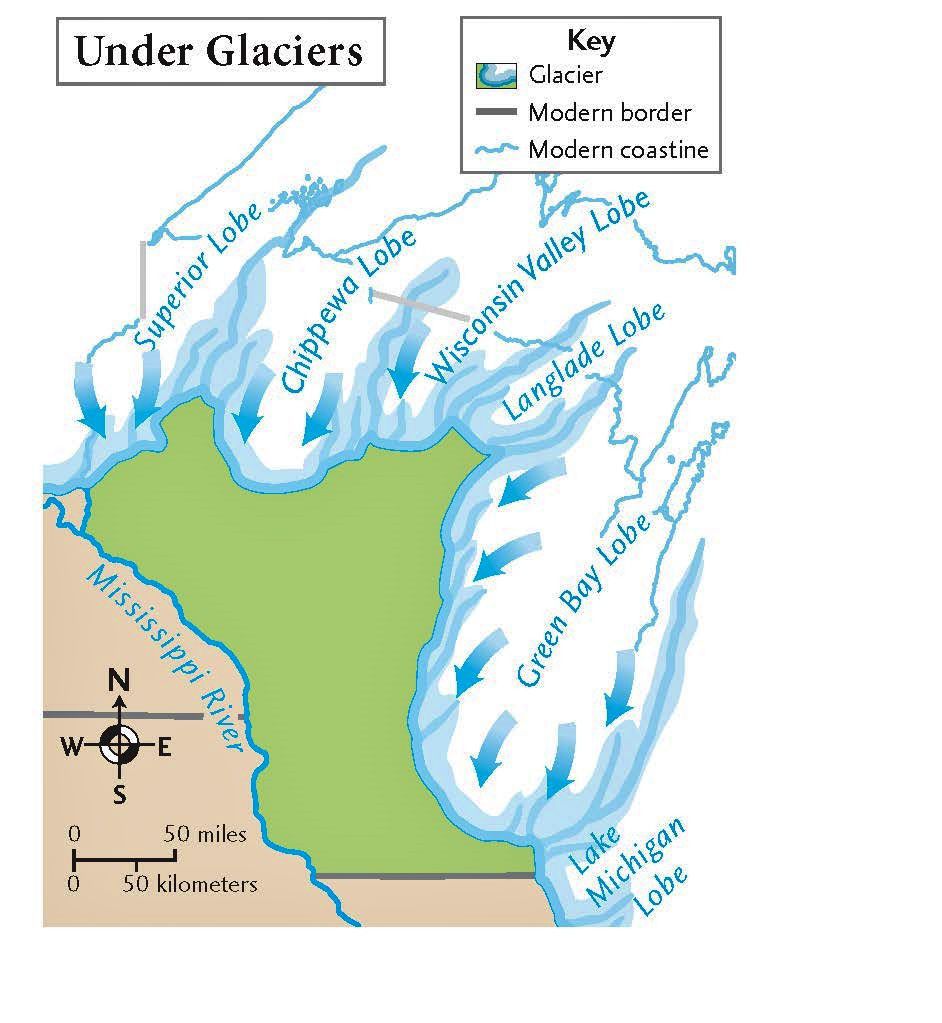 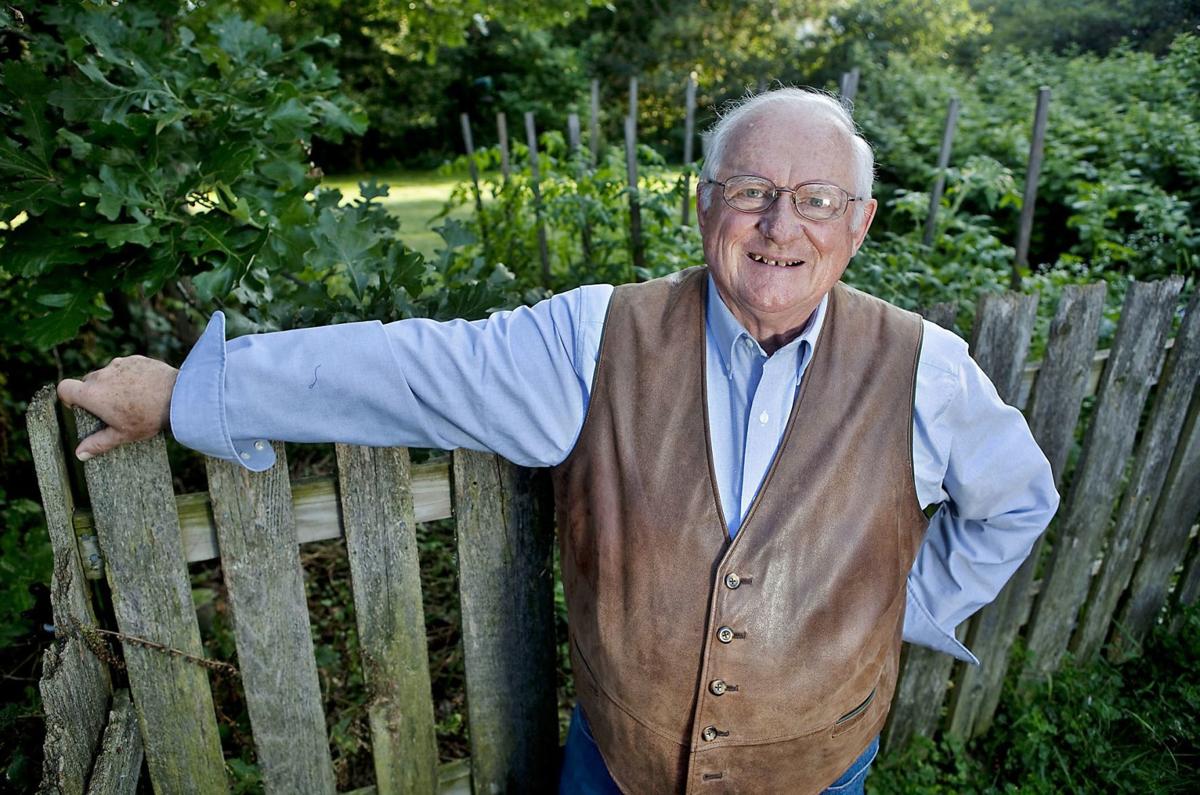 Much of Wisconsin’s agriculture – what crops we can grow, the source of our water supply, the richness or lack of it in our soils, where field stones are found and much more – can be traced back to the glaciers that overran this state many thousands of years ago.

The farm where I grew up and the farm that I own now are located on the terminal moraine, where the glacier known as the Green Bay Lobe stopped and melted. It left behind sandy soil studded with fieldstones that range from the size of my fist to as large as an old Volkswagen “bug.” On 40 acres of my farm, all wooded, the hills are so steep they were never farmed. My farm also has two ponds, each about 3 acres, that were formed when huge chucks of ice buried by glacial debris melted.

Most of Wisconsin’s landscape was formed by the glaciers that pushed out of the north from east of Hudson Bay in Canada, arriving in what is now Wisconsin some 25,000 years ago. During a period of more than 10,000 years, sheets of ice hundreds of feet thick ground relentlessly southward – tearing, ripping and gouging the landscape. Propelled by gravity and the pressure of their own weight, the glaciers advanced, retreated and advanced again, moving just a few feet in some years and several-hundred feet in others. .

During the most recent glacial period, the ice that covered what is now Wisconsin took the form not of a single sheet but of six main sections, or lobes. They are called the Superior Lobe, the Chippewa Lobe, the Wisconsin Valley Lobe, the Langlade Lobe, the Green Bay Lobe and the Lake Michigan Lobe.

The glacier created Lake Superior and Lake Michigan. It formed a 239-foot-deep Green Lake in Green Lake County, the deepest natural lake in Wisconsin. It carved the Mississippi, Wisconsin, Fox, and Rock rivers as well as a host of smaller rivers and streams.

When buried chunks of glacial ice melted they created thousands of kettle lakes, most without inlets or outlets as I have on my farm. When Green Bay Lobe melted it formed an immense glacial lake in central Wisconsin that was as much as 150 feet deep in places. It covered as many as 1,825 square miles, larger than the bay of Green Bay. The Baraboo Hills – a 25-mile range of exposed metamorphic rock as much as 1.5 million years old – formed a dam for the glacier’s meltwater creating the glacial lake. When Glacial Lake Wisconsin drained it left behind a flat sandy plain studded with occasional high mounds and buttes.

Early settlers in central Wisconsin declared the vast plain nearly worthless as far as agriculture was concerned. The soil was sandy and poor in nutrients, and there never seemed to be enough rainfall to sustain a decent crop. But today with irrigation and modern-day fertilization strategies, thousands of acres of that old lake bottom produce tons of vegetables – including sweet corn, peas, green beans, cucumbers and potatoes.

In southern, north-central and eastern Wisconsin the glacier left behind fertile soils. As mentioned in describing my farm, as the glaciers melted and retreated to the north they left behind fieldstones of many sizes. Wisconsin’s early settlers, especially in the northern reaches, encountered those impediments to cultivation when they first broke the land. Those pioneers found many uses for the stones – building fences, barn walls, silos and even entire houses from the colorful rocks.

So if one is inclined to complain about field stones and sandy soil – as well as applaud fertile and rich soils, and enjoy our many lakes and rivers – remember the Glaciers did it.

Jerry Apps, born and raised on a central-Wisconsin Farm, is Professor Emeritus at the University of Wisconsin-Madison and the author of more than 40 books, both fiction and nonfiction. Most of his books focus on rural history and country life. His most recent novels are “Cold as Thunder” and the “Great Sand Fracas of Ames County.” Each of his seven novels focuses on a contemporary rural issue. His recent nonfiction books include “Wisconsin Agriculture: A History,” “Simple Things: Lessons from the Family Farm” and “The Civilian Conservation Corps in Wisconsin: Nature’s Army at Work.”

Apps has done five hour-long documentaries for Public Television, all on various aspects of farming and rural life. One of the most popular is “Farm Winter with Jerry Apps,” which won a regional Emmy Award. He has worked as a UW-Extension agent, as a publication editor for UW-Extension, as an acquisitions editor for the McGraw-Hill Book Company and as editor of a national professional journal.

For his writing Apps has won numerous awards. He was named in 2012 a Fellow by the Wisconsin Academy of Sciences, Arts and Letters. He was named in 2014 to the Wisconsin 4-H Hall of Fame and in 2016 he received the White Cedar Outstanding Teaching Award from The Clearing Folk School where he has conducted writing workshops for many years. Visit www.jerryapps.com for more information.