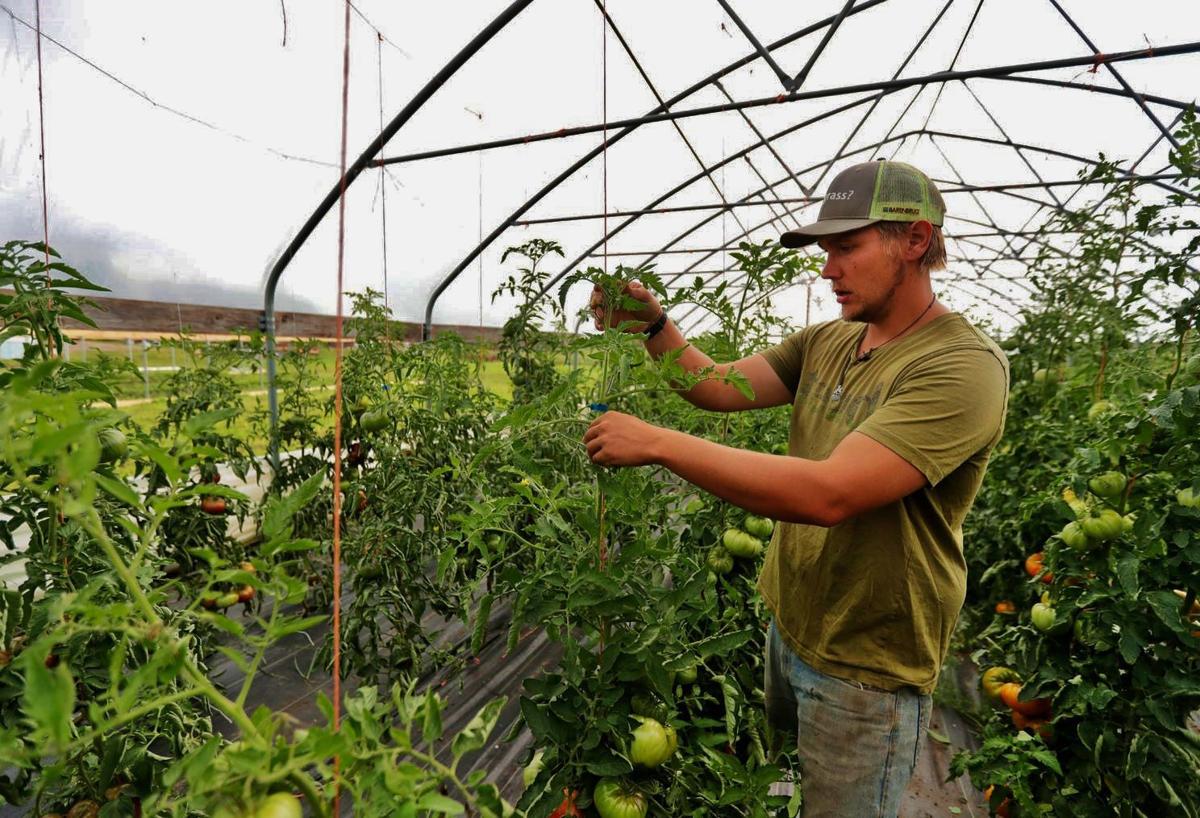 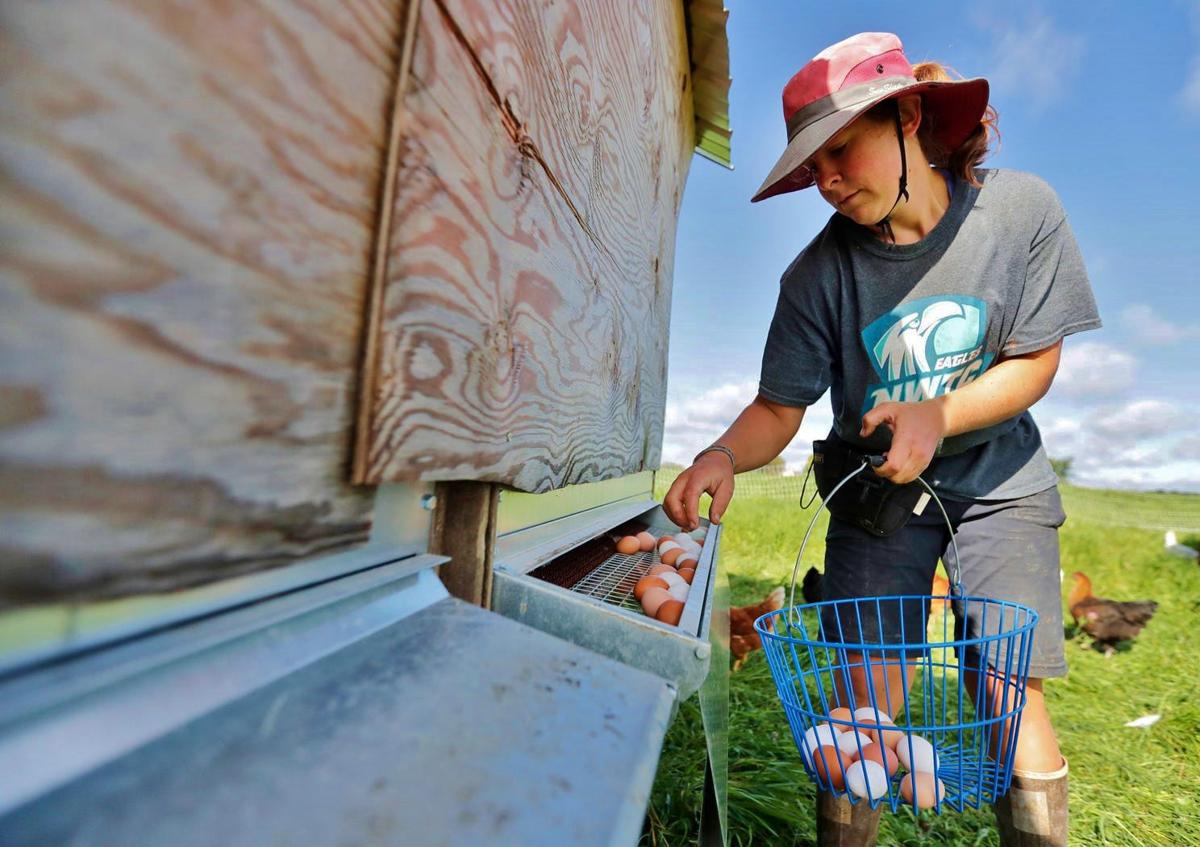 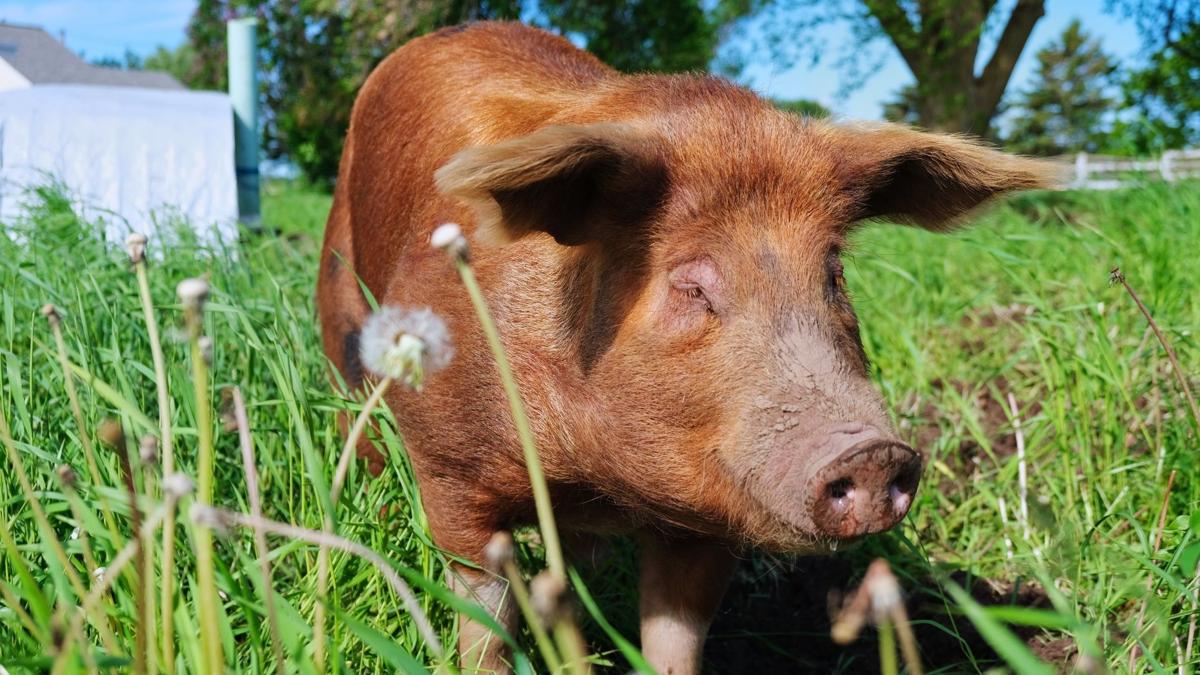 Rows of colorful organic greens are both delicious and eye-catching. 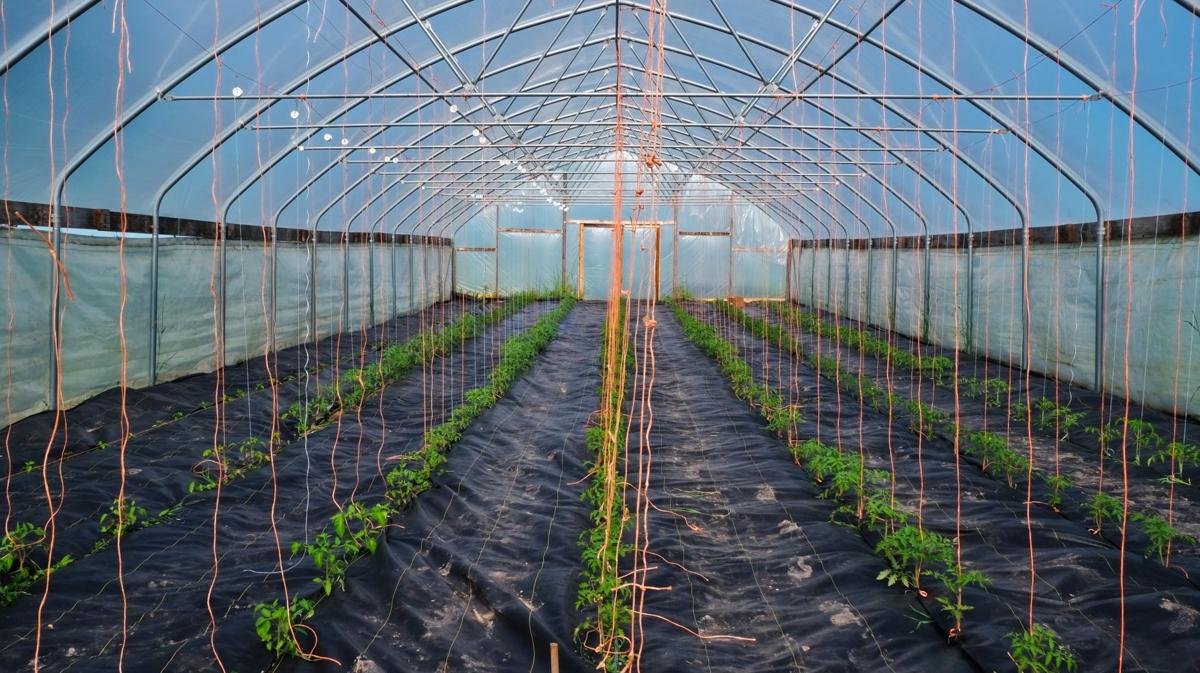 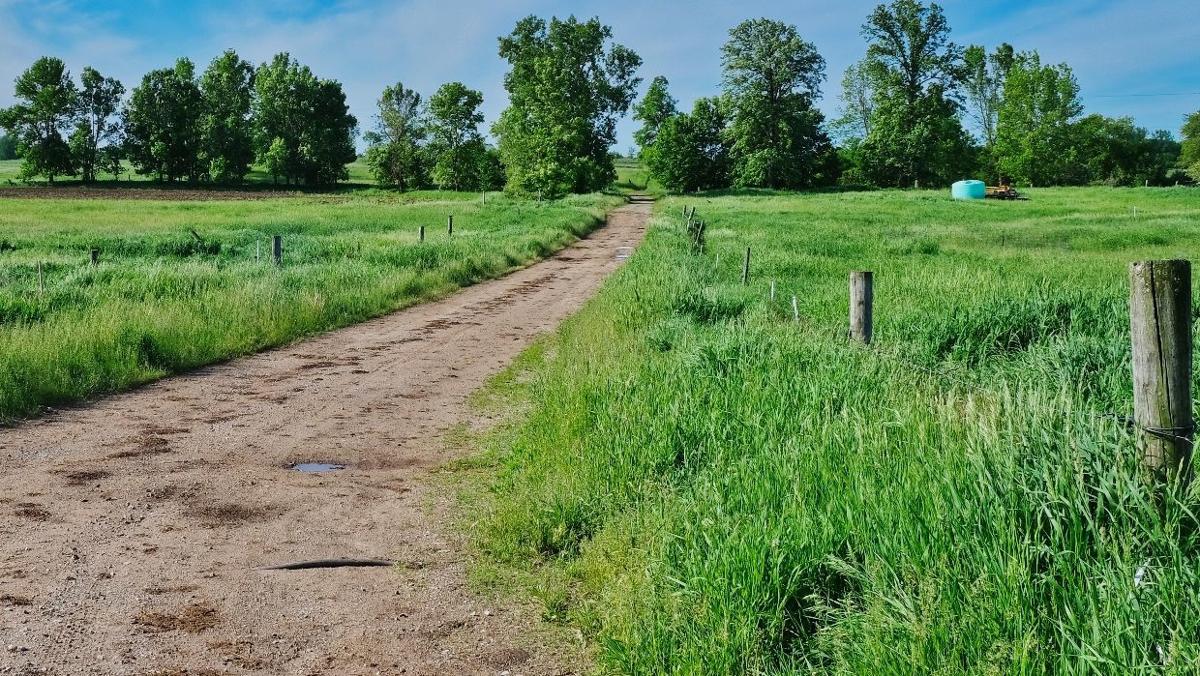 Full Circle Community Farm, begun as a dairy farm in 1900, is home to a new generation looking to create their own circle of success. There's nothing for miles but the simplicity of dirt roads and open pasture. 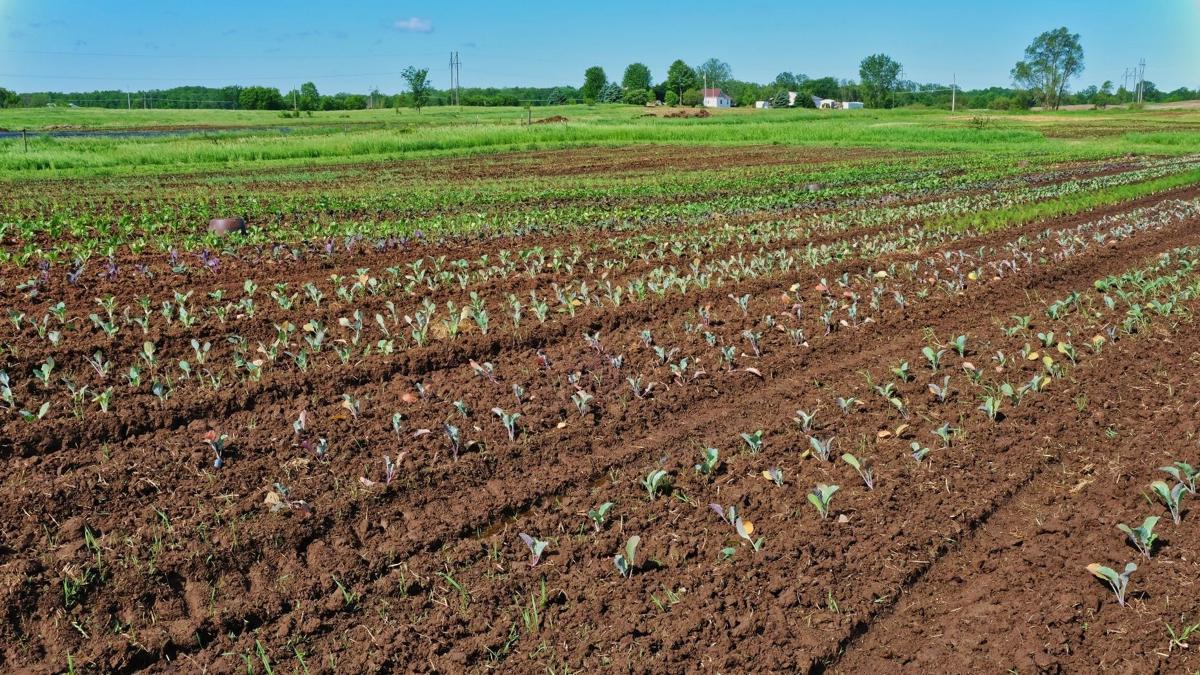 Rows of organic crops and pasture stretch toward the horizon. 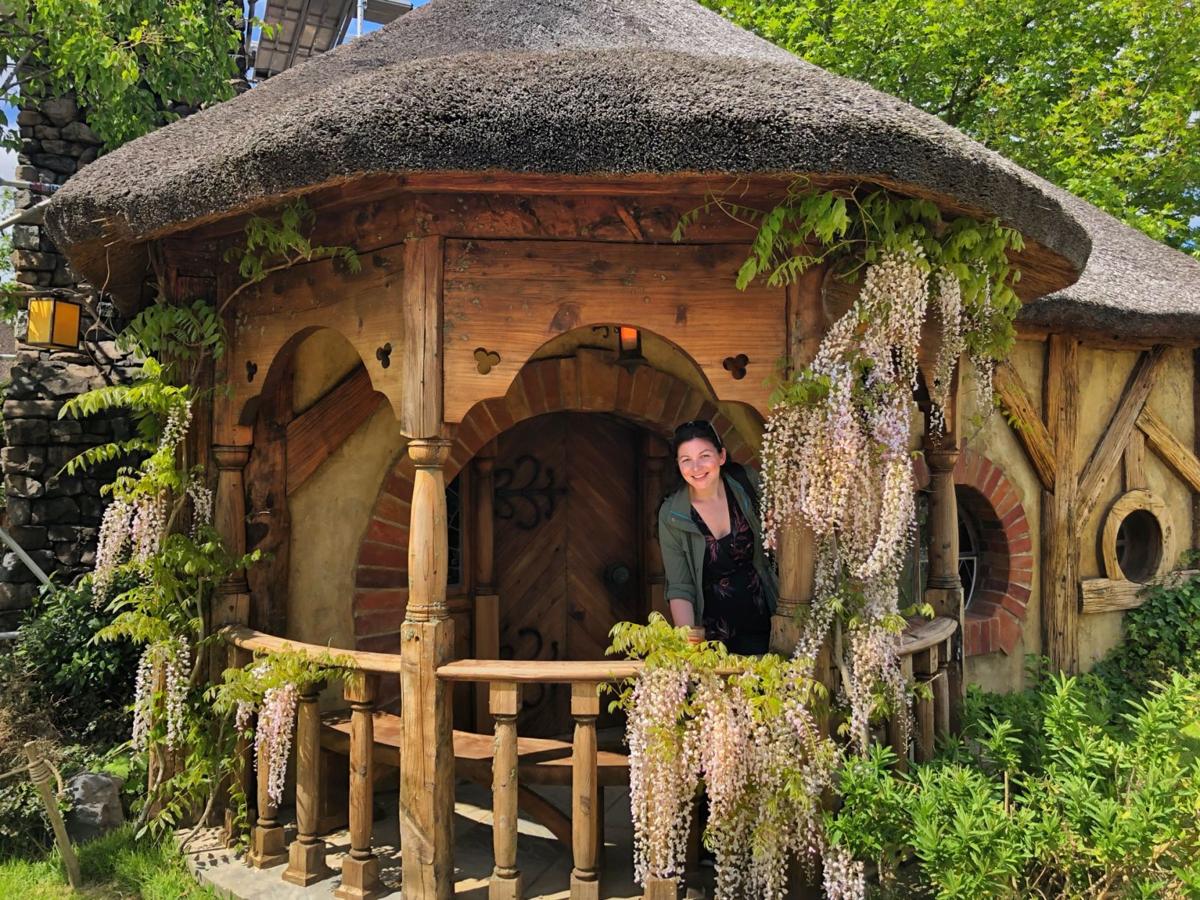 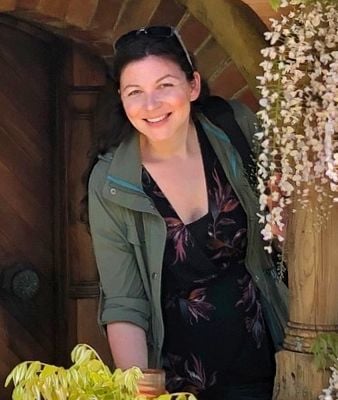 Rows of colorful organic greens are both delicious and eye-catching.

Full Circle Community Farm, begun as a dairy farm in 1900, is home to a new generation looking to create their own circle of success. There's nothing for miles but the simplicity of dirt roads and open pasture.

Rows of organic crops and pasture stretch toward the horizon.

HOFA PARK, Wis. – It’s been a common story for decades now, the tale of young folks leaving the rural areas to pursue prosperity amidst the urban landscape. But the truly engrossing story is one that’s starting to slowly create a disruption in that city-bound tide. It’s of the youth who are driven back to the farm by a combination of a desire to reconnect with the land, a need for change in societal structure and a strong sense of ecological responsibility.

Andrew Adamski and Heather Toman are the most recent generation to embark upon the farm lifestyle at Full Circle Community Farm near Hofa Park -- a dairy farm established in 1900. They are in the midst of writing their own version of a new tale, and defining their dreams in the process.

Adamski left his family’s grass-fed-beef farm after high school to study biochemical engineering and microbial ecology at Northern Michigan University. He didn’t foresee ever returning to a life on the farm. But a trip home for Thanksgiving during his junior year changed everything for him. He was struck by the wasteland-like feeling of the vast farmlands surrounding his hometown – at a time of year when there should still have been plentiful signs of harvest and bounty. And then he arrived home to his family’s farm to see cows still at pasture eating. It occurred to him that perhaps the best application of his college knowledge could actually be on the farm itself.

That experience proved to be a turning point as he returned to school. He immediately immersed himself in agricultural projects, primarily focusing on small-scale agriculture and soil restoration. It was also through those projects he met Toman who, as it turned out, had the same visions for a farm-based future as he did.

The two returned to his family’s farm in 2015 without much of a knowledge base for starting a farming enterprise. So they opted to begin with something small alongside his father’s grass-fed beef – a vegetable garden and six pigs.

One thing Adamski did have, thanks to his years at the university, was a strong knowledge of research. That he quickly put to work in building a plan to make their small farming enterprise profitable. It would be based on their values of a community-based venture. And it would be one that wouldn’t kill the farmers with 18-hour days – hours that still left them without the financial resources to send their children to school.

The first thing he discovered was that organic and intensive vegetable production was the fastest and most profitable way to begin. More pigs and some chickens were soon to follow, requiring a little more of an investment but still easy additions to make when there’s a spare barn or two. Those pigs and chickens created the first circle where magic started to happen. The meaning behind their farm’s name was born.

They truly do all work together, a miracle that only Mother Nature could have designed so effectively. The pigs are great pasture innovators who effectively work the soil without violence, helping to develop variety and rid the cattle pastures of monocultures. They’re also a fantastic recycling system for food waste from the vegetable garden. They will eventually take care of waste milk as well when Full Circle pursues the integration of an organic dairy down the road. The chickens play their part by following along behind the cows. They scratch through cow manure to eat fly maggots, creating a brilliant and natural form of pest control.

The best part of that circular system to Adamski is the sustainable nature of the enterprise and the way it gives back to the environment. Carbon capture usually involves mammals, fire or flooding. It’s a big focus on Full Circle Community Farm, partially thanks to their many acres of perennial plants. Plenty of studies and maps have displayed just how much photosynthesis corn crops can do in July.

“That’s great, but perennial grasslands do that starting in May and going until October,” Adamski said. “It’s not like corn where it’s one month and done; grasslands are sequestering carbon six months out of the year.”

Pigs also naturally add to carbon sequestering by promoting natural disturbance. Full Circle is invested in trying to mimic nature. The owners want to avoid tilling the ground every year. Adamski said that’s not a natural disturbance; it’s a mechanical human-made disturbance. Full Circle’s initial successes have inspired them to make bigger plans for the little family farm, including the eventual addition of an on-farm store, creamery and restaurant.

Adamski thanks his stubborn streak for helping him to ignore warnings against youth entering the farming industry. Instead he put his head down alongside his partner’s to work toward identifying which enterprises would carry them to success. He believes there are many people today who hold a great interest in crafting a farm livelihood and making a living from the land. It’s through creative genius and dedication that they can arrive there.

Although by no means does anyone have all the answers, he wholeheartedly believes that the key is to be in harmony with nature rather than striving to have dominion over it.

“We want to make a living, not a killing, from the land,” he said.

Genevieve Crow is a published author and photographer who has spent years weaving stories of travel, adventure, conservation, sustainability, healthy living, do-it-yourself and preparedness for both herself and a wide range of clients and publications. She also works as a primary officer with the Lake to Bay Chapter of the Wisconsin Farmers Union, striving to support and enrich the livelihood of small family farms while promoting rural-community development.