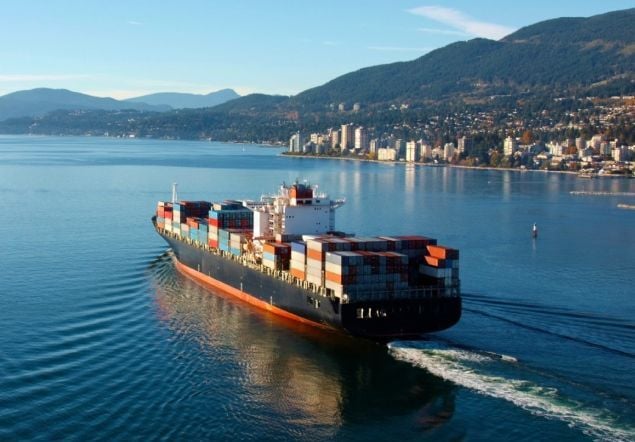 July 2020 marks the fifth-consecutive month and the sixth month in 2020 that the United States has had a negative ag-trade balance. The negative balance of $596 million for July brings the total negative trade balance for the first seven months of 2020 to $3.551 billion.

July 2020 marks the fifth-consecutive month and the sixth month in 2020 that the United States has had a negative ag-trade balance. The negative balance of $596 million for July brings the total negative trade balance for the first seven months of 2020 to $3.551 billion.

The U.S. Department of Agriculture’s import and export trade data for July 2020 provides important insight into the continuing impact of the COVID-19 outbreak on U.S. agricultural trade.

July 2020 marked the fifth-consecutive month and the sixth month in 2020 that the United States had a negative ag-trade balance. The negative balance of $596 million for July brings the total negative trade balance for the first seven months of 2020 to $3.551 billion. As we see in Figure 1, that balance is a sharp decrease from January-June 2019, when the balance was negative $38 million. Going back further, January-June 2020 net ag exports decreased significantly from 2016-2018. The trade balance for the first seven months for 2016 was $3.719 billion; for 2017 it was $7.173 billion and for 2018 it was $5.784 billion. The year 2017 is an important benchmark because it’s largely regarded as the last “normal” year in agricultural trade before the United States and various trade partners, including China, began exchanging retaliatory tariffs. 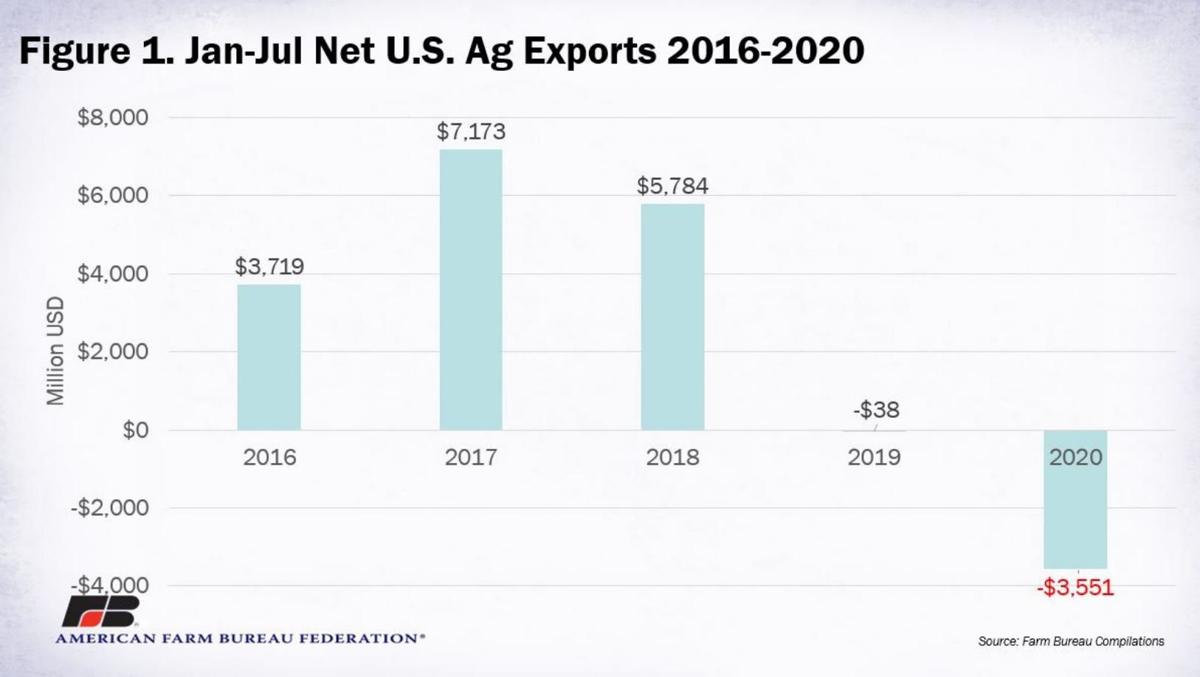 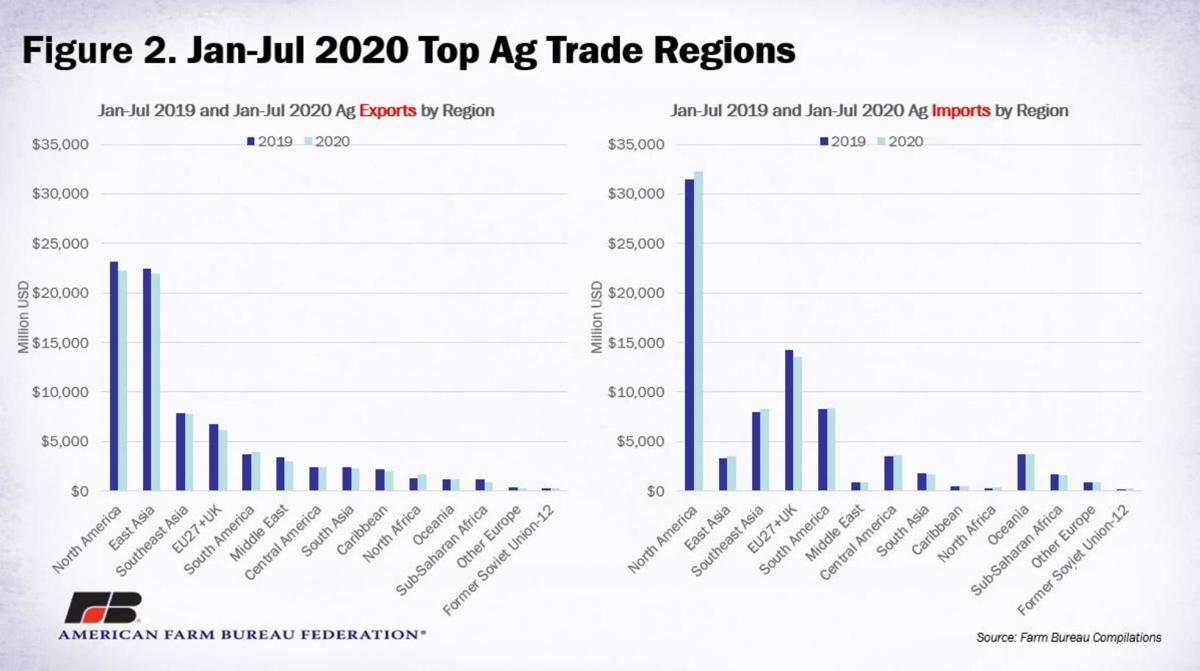 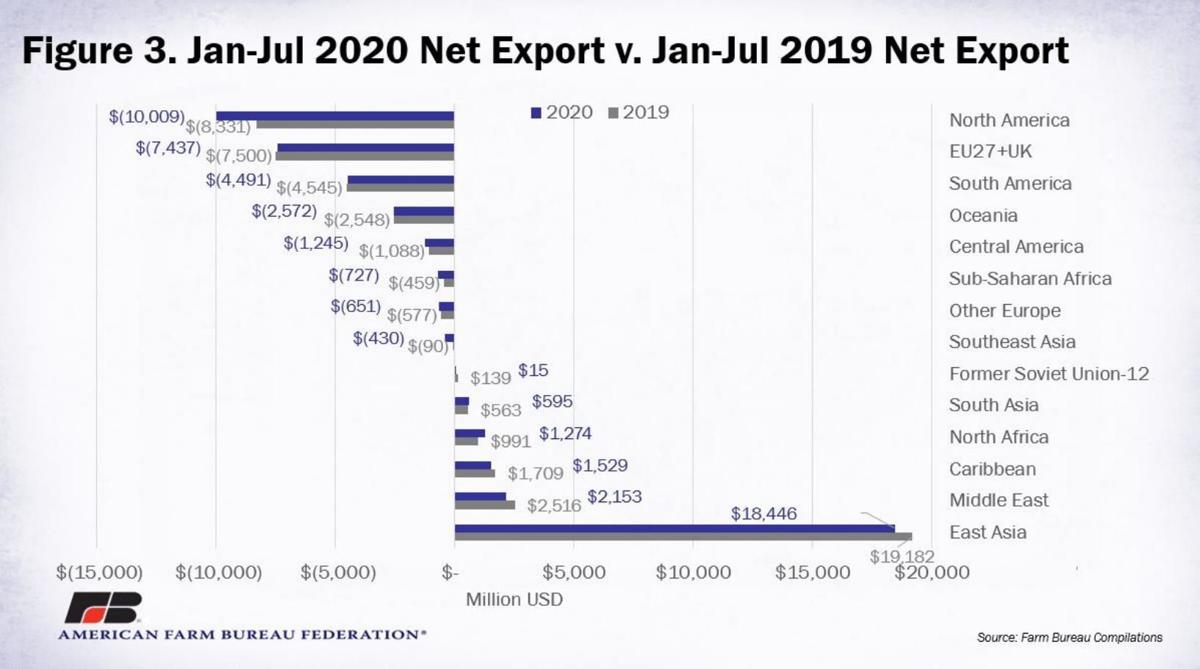 A dig into the data highlights which product areas posted the largest changes in the first seven months of 2020, compared to the same months in 2017 and 2019. Figure 4 doesn’t include all product categories – but includes those that represent a significant share of both U.S. agricultural exports and imports. In it we see grains and feeds, oilseeds and cotton continue to have the largest positive trade surpluses in 2020. While still significantly positive, it’s worth noting that the positive trade balances for both oilseeds and cotton are less than during the same time period in 2017 and 2019. The positive trade balance for grains and feeds increased slightly at $50 million from 2019, but decreased by more than $2 billion from the same time period in 2017. 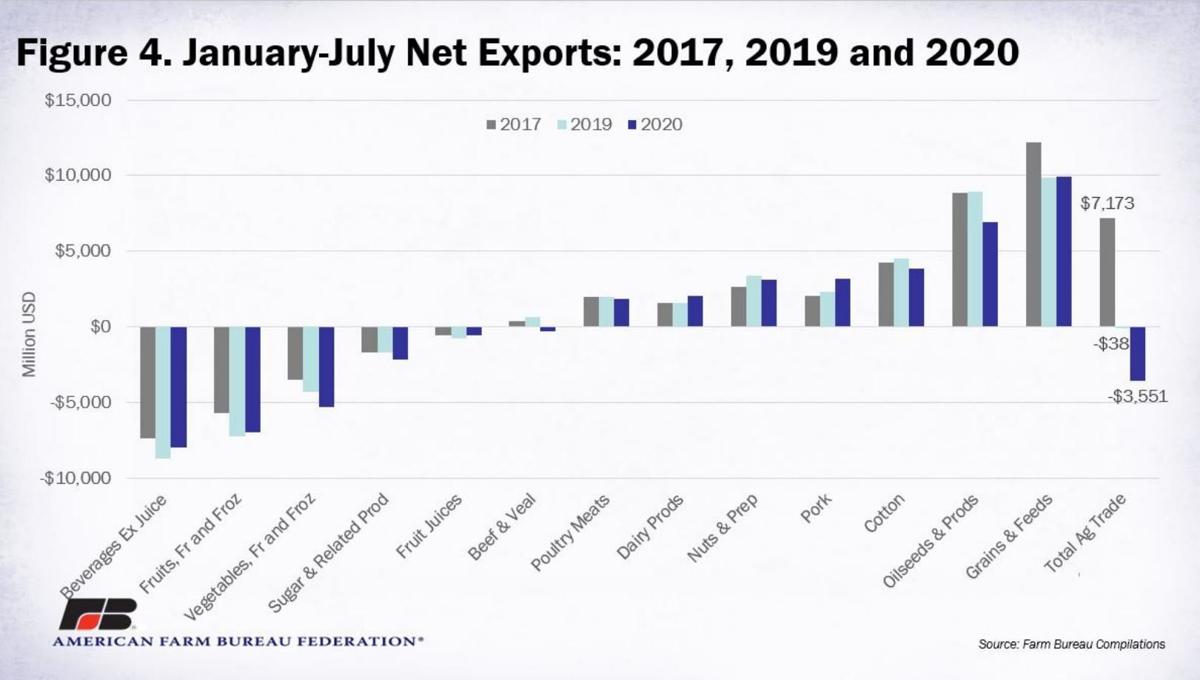 Pork continues to have the most sizable increase in net exports during the period. The January-July 2020 net positive trade balance of $3.2 billion is $875 million larger than the same time period in 2019. It’s more than $1 billion more than the same period in 2017. That’s driven by an incredible increase in exports, largely to China, as a result of the African swine fever outbreak there; that decimated the local pork supply. It’s likely that Germany’s recent announcement that a dead wild boar with African swine fever had been found near its border with Poland will threaten that country’s pork exports to China. Prior to this, Germany was regularly the second- or third-largest exporter of pork to China. If China imposes an import ban on German pork, there will be potential for significant additional exports of U.S. pork to China.

While China is part of the East Asia region, it’s worth mentioning China separately. All eyes have been on China since the implementation of the “Phase 1” deal in February 2020. As a reminder the Phase 1 deal commits China to importing about $36.5 billion in agricultural goods in calendar-year 2020. We generally discuss export value rather than import value. The distinction is important because export values and import values rarely match. The reason is that import value is based on the cost of the goods plus the cost of insurance, shipping and freight from the export port to the import port. The export value only includes the cost of the goods and the costs of shipping and handling to move the product from its origin to the export port. That means the costs of shipping, insurance and freight need to be removed from the $36.5 billion import value to reach an export value. For several months we have assumed shipping, insurance and freight account, on average, for 15 percent of the total cost. Reducing the $36.5 billion by 15 percent leaves an export value of about $31 billion.

With that understanding, January-July 2020 agricultural and fishery exports to China were $7.7 billion. That’s an increase from the same months in 2019 when exports were $7.2 billion, but a decrease from January-July 2017 when exports were $9.4 billion. As seen in Figure 5 in order to reach the $31 billion export target for 2020, August-December agricultural and fishery exports to China need to reach about $23 billion. That would be almost twice the level of exports experienced during the same months of 2017. 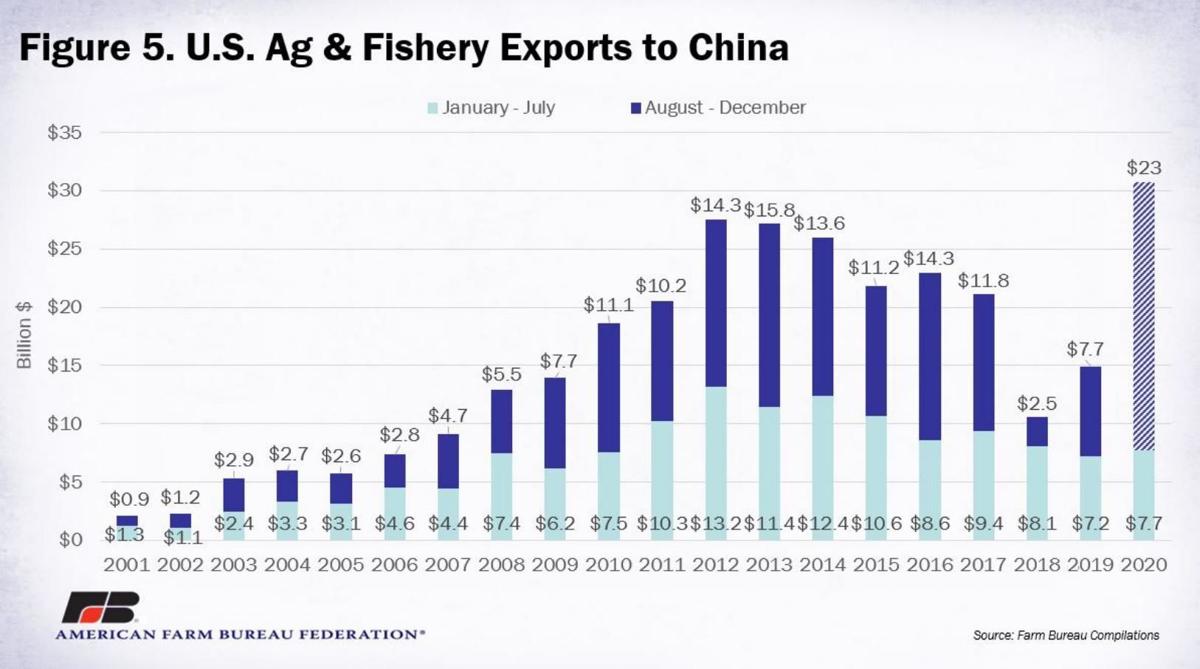 Recent trade data continues to highlight that the challenges producers are facing go beyond production. For an industry accustomed to achieving a trade surplus year after year, a trade deficit of nearly $3.551 billion during the first seven months of 2020 is noteworthy. Though consistent with historical patterns, the past several months of the calendar year will need to produce significant exports to push net U.S. ag trade back into a positive position.

Veronica Nigh is an economist with the American Farm Bureau Federation’s Market Intel. Visit fb.org for more information.