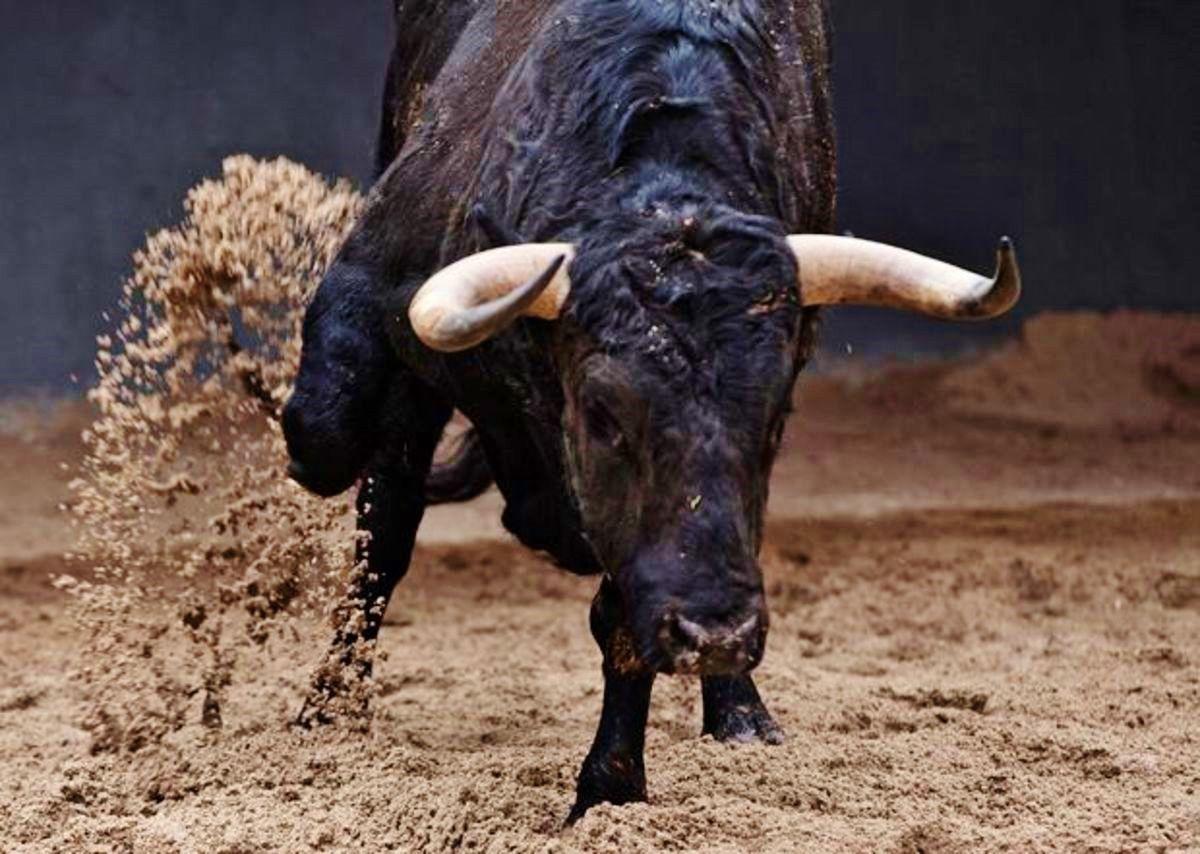 Bulls are fickle creatures; they want to be fed all week long.

Bulls are fickle creatures; they want to be fed all week long.

The bulls came charging out of the gate once again this past week. But after a few days romping around LaSalle Street in Chicago they left abruptly, presumably in search of greener pastures. Bulls must be fed daily and by Thursday the market had run out of positive fundamental news with which to fill their troughs.

The cheese market has likely climbed enough for now. Both blocks and barrels rallied to all-time best prices early in the week but they finished less. Chicago Mercantile Exchange spot Cheddar blocks closed June 12 at $2.52 per pound, a decrease of 3.25 cents from the previous Friday. Barrels reached $2.425 but they settled at $2.3325, a decrease of 2.75 cents. The invisible hand of the markets and the passage of time are starting to ease the physical shortage that propelled the cheese markets to such unprecedented heights. 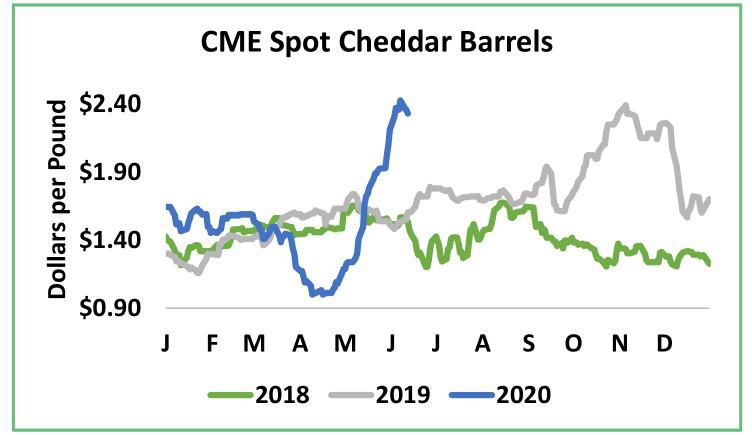 The U.S. Department of Agriculture’s “Dairy Market News” reports that some end users who were rushing to restock after COVID-19 closures have filled their refrigerators; buyers are more hesitant at those values. Cheesemakers are still running hard. An inflated price is the best fertilizer. The markets may need to contend with a bumper crop of cheese later this year.

Butter backed off as well. CME spot butter decreased 5.5 cents this past week to $1.87. Although slow demand from food service remains a drag, butter is still moving rapidly through retail. Output has slowed as ice cream – and to a lesser extent cream cheese – manufacturers are willing to pay more for cream than most butter makers can afford. 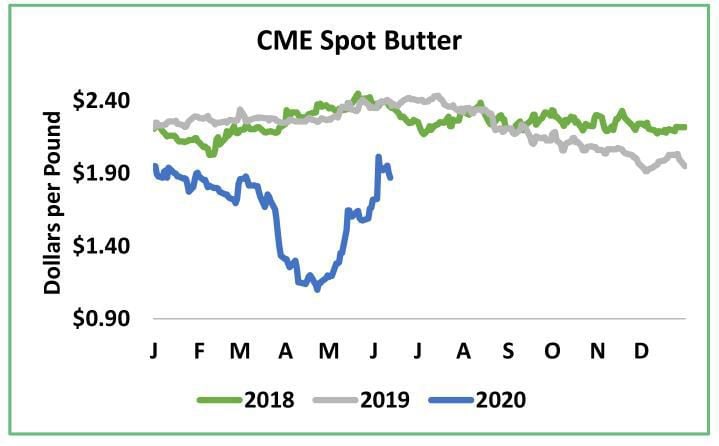 The milk-powder market bucked the trend once again to bounce back from the previous week’s losses. CME spot nonfat-dry milk advanced 2.75 cents to $1.005. Most nonfat-dry-milk futures finished better than the previous Friday, thanks to a strong showing in the middle of the week. Milk production is slowing in some regions; cheese plants are taking on all the milk they can, leaving less for dryers. Still there’s plenty of milk powder to go around; manufacturers hold ample stocks. 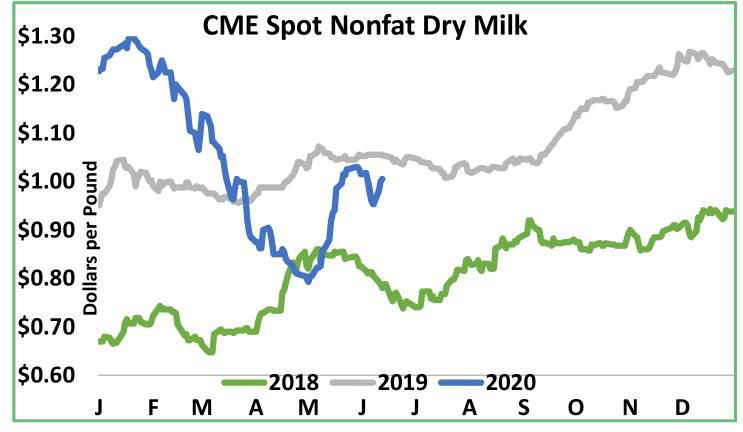 Milk futures put in a mixed performance this past week. June Class III increased another 54 cents to $20.42 per hundredweight. But the other Class III contracts decreased. Most lost about 30 cents this past week. Most Class IV futures settled a little better than they did the previous Friday, but the June contract plummeted 56 cents to a paltry $13.35.

Better Class III prices are calling for dairy producers to make more milk, a dramatically different message than the one the markets delivered in April and early May. The industry is listening. Milk yields are declining seasonally but dairy producers are likely undoing all the measures they took to slow output in the spring. They are keeping their barns full, slowing cull rates and adding excellent-energy feeds back into the ration. In the week ending May 30, which included Memorial Day, dairy-cow slaughter was just 48,120 head. That was a decrease of 9.8 percent from the holiday week in 2019. After exceptionally increased volumes in April, dairy slaughter fell short of the prior year four out of five weeks in May. More cows will mean more milk. Once restaurants have restocked and food-bank donations fade, the industry may find itself awash in dairy products. 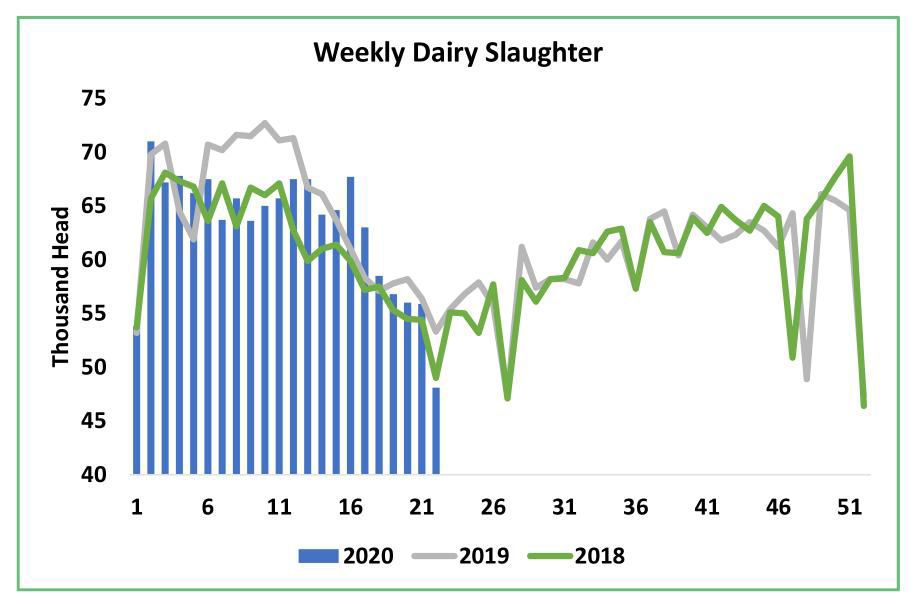 The corn market bounced back and forth this past week, ultimately settling at a little less than the previous week. July corn futures closed at $3.30 per bushel, a decrease of 1.25 cents. After resurveying farms in North Dakota, the USDA cut its estimate of 2019’s corn harvest by 46 million bushels. But there’s plenty of corn in the world. U.S. corn stocks are expected to balloon after this year’s harvest. Barring a weather issue, corn is likely to remain cheap. It’s becoming uncomfortably dry in the Southern Plains but in the Corn Belt the crops are in great shape.

The USDA’s monthly supply-and-demand update showed a surprisingly strong increase in soybean-meal demand. The market has also been cheered to see Chinese buyers return to U.S. ports, despite reports that state-owned buyers were told to pause purchases. July soybean futures rallied 3.5 cents this past week to $8.7125. July soybean meal held steady at $289 per ton.