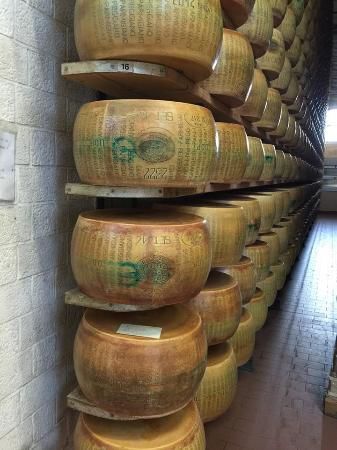 Cheddar barrels keep climbing, narrowing the block-barrel spread. Barrels close at an almost six-year best price of $2.45 the week ending July 24, an increase of 2 cents for the week.

Cheddar barrels keep climbing, narrowing the block-barrel spread. Barrels close at an almost six-year best price of $2.45 the week ending July 24, an increase of 2 cents for the week.

Chicago Mercantile Exchange spot Cheddar blocks continued to tumble this past week. They have lost ground every day since they were at $3 less than two weeks ago. They slumped to $2.54 per pound July 24, a decrease of 12 cents from the previous Friday. Barrels kept climbing, narrowing the block-barrel spread. Barrels closed at an almost six-year best price of $2.45, an increase of 2 cents for the week. 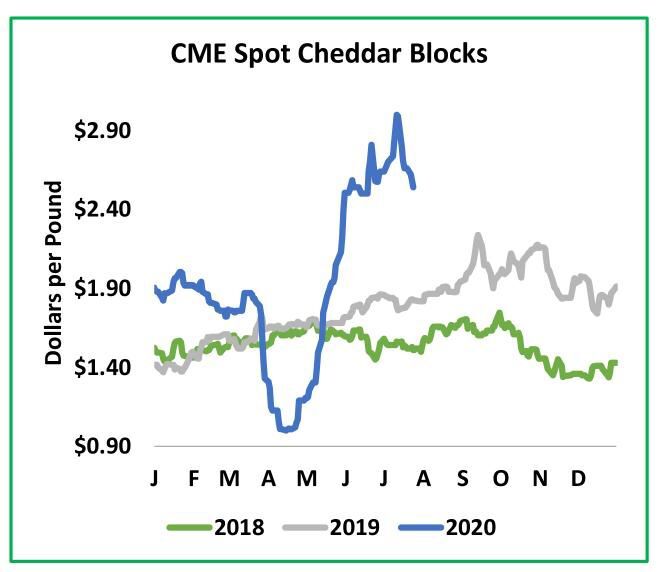 There’s plenty of cheese to be had. The U.S. Department of Agriculture reported June 30 cheese stocks at 1.42 billion, 2.6 percent more than the previous year. The month-to-month drawdown was unusually large in June, likely reflecting the impact of strong retail sales, restaurant re-openings and food-box donations. Still there is more than enough cheese to meet demand, even if manufacturers dug into inventories this past month. Cheesemakers report restaurants are using large volumes of Italian- style cheese. Retailers have taken a small step back from their formidable orders in the spring and early summer. 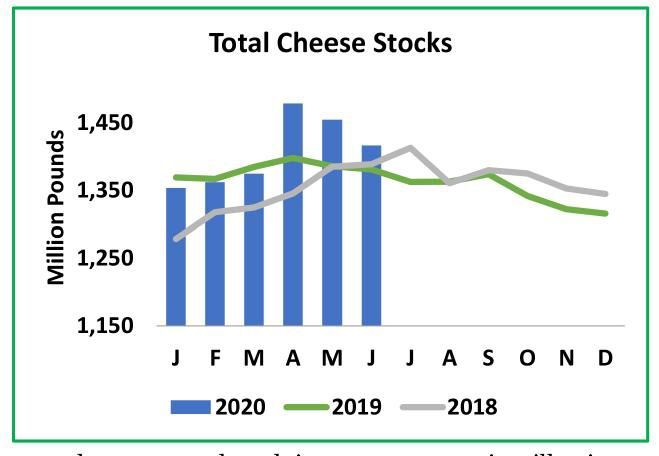 Butter stocks also declined at a faster-than-normal clip in June. Month-end inventories decreased to 361.6 million pounds, more than 14 million pounds less than at the end of May. But butter stocks are still 10.8 percent greater than they were a year ago. And churns are reportedly making a bit more butter even though ice cream season is still going strong. At the CME spot market, butter rallied 4 cents this past week to $1.73. 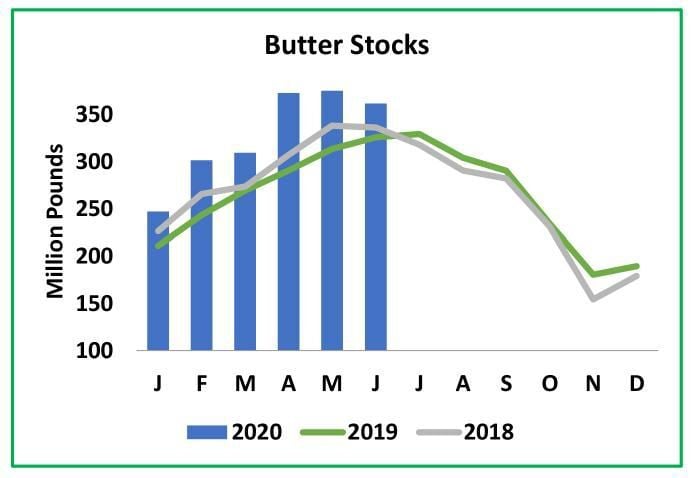 Powders diverged July 21 at the Global Dairy Trade auction. Whole-milk powder advanced 0.6 percent, but skim-milk powder decreased 0.5 percent to the approximate equivalent of nonfat-dry milk at $1.30 per pound. CME spot nonfat-dry milk decreased a penny this past week to 99 cents. Cheap whey-protein concentrate is keeping a lid on domestic milk-powder sales to some end users, but nonfat-dry milk is still popular among cheesemakers and commercial bakers. U.S. milk powder is priced to move quickly abroad and the weakening U.S. dollar is helping to keep values competitive.

U.S. milk production reached 18.3 billion pounds in June, an increase of 0.5 percent from the prior year. The USDA significantly increased its assessment of May milk output, reporting a year-over-year deficit of 0.5 percent compared to an initial estimate of a 1.1 percent decline. The dairy industry was rife with strife this spring but the decline in milk output was all too brief. Milk production remained less than the prior year in much of the Midwest and Southeast in June, but most other states returned to growth. 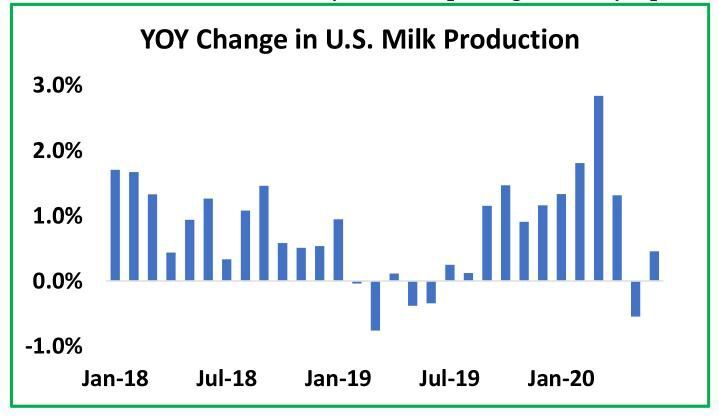 The USDA decreased its estimate of the May milk-cow herd by another 10,000 head. After the revision the May herd was 15,000 head smaller than it was in April, and the USDA reported a further 10,000-head decline in milk-cow numbers in June. But at 9.35 million there are still 23,000 more cows than there were in June 2019. Reduced slaughter numbers – and $24 milk – suggest the dairy herd is growing once again. 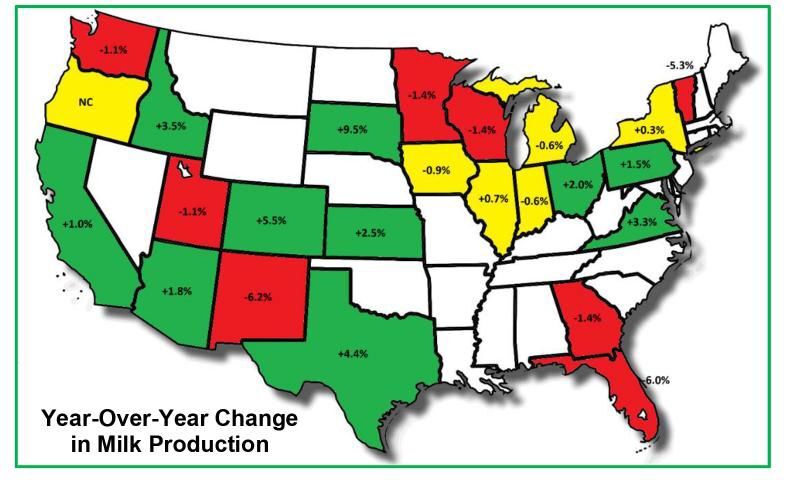 Across the Atlantic milk output also slumped in May. Milk collections in the 27 nations of Europe and in the United Kingdom decreased 0.3 percent from May 2019. That marks the first year-over-year deficit in European milk production since February 2019. The United States and Europe combined made about 210 million pounds less milk in May than during the prior year, equal to one month’s production in Florida.

The feed markets took different paths this past week. Soybeans continue to gain ground as the trade hopes that China will keep buying beans. But corn futures decreased. Further Chinese corn purchases would likely require Beijing to waive punitive tariffs. China has largely used its state-owned corn reserves; there’s a sizable margin for corn imports if it drops the tariff. If Beijing does eliminate the border tax, it would boost U.S. grain prices immediately.

But it’s more likely China will do nothing, in which case there will be a lot of U.S. corn looking for a home. Crops have made it through much of the pollination period largely without an issue. Unless the weather worsens corn futures are likely to continue to fade. September corn futures settled this past Friday at $3.2625 per bushel, a decrease of 6.75 cents. August soybeans increased another 6.75 cents to $9.0475.