It’s one of those sayings we hear a lot, but never really tells us much. In fact the comment is often used to explain away a report or estimate that doesn’t match expectations.

The mantra isn’t insightful, but there are economic considerations – associated with operating leverage – that may favor planting corn more than one would normally think, especially in 2021.

Before jumping into corn let’s start by laying out a scenario that is often thought to favor soybeans instead of corn. During financially lean times we often hear the comment that producers will favor soybeans. A major appeal is that compared to corn, the variable costs of production are considerably less for soybeans. The 2021 Purdue crop budgets have variable costs at $436 for corn and $249 for soybeans. So even if the budgeted returns were equal, producers would have considerably less money invested in the soybean crop.

The inverse of soybean appeal during lean times provides corn’s advantage in financially good times. That’s largely a result of the benefit of the degree of operating leverage, a measure of the percentage change in operating profits relative to the percentage change in revenue. To explain we’ll start with a simple example and build out a simple simulation to illustrate the different outcomes associated with corn and soybeans

Given these assumptions, which are based on university budgets and county-level yields, this farmer has a crop budget that favors soybeans by $20 per acre. Case closed? Not so fast.

U.S. Department of Agriculture yield data shows that, in general, there is more variability in corn yields. Specifically the average departure from the trend for the county-level data used in this example – measured in absolute terms – was 12 percent for corn but only 8 percent for soybeans. That means there’s more risk – upside and downside – with corn yields. 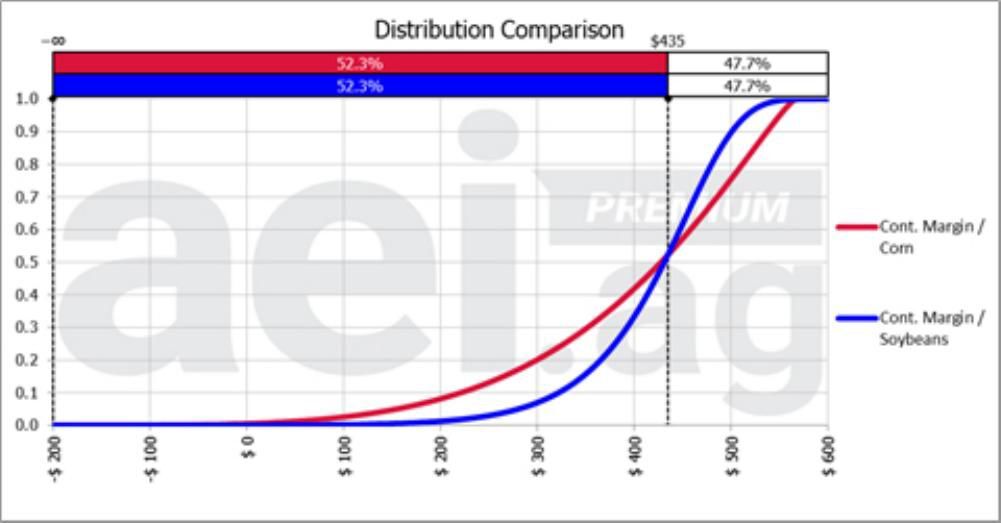 Figure 1 shows the distribution of outcomes for the contribution margins of corn and soybeans for our example. We can see the farmer’s dilemma. The soybean contribution margin shows a smaller likelihood of receiving a really low contribution margin. For example the chance of generating less than $300 per acre is about 20 percent under corn but only about 8 percent for soybeans.

It’s quite likely that in difficult times the option that provides the smallest likelihood of losing money would predominate. But on the other hand soybeans also provide considerably less upside. For example the chance of receiving more than $500 of contribution margin with corn is 25 percent. Soybeans have only about a 10-percent chance of producing an outcome that good. In 48 percent of the observations, or about half the time, corn would generate a larger contribution margin than soybeans – even with the soybean “on average” advantage.

Think about when to bet

The question then becomes whether the farmer feels like betting on the likelihood of receiving a draw from the distribution that favors corn and can generate a really large profit level. Additionally when the downside for either crop isn’t that undesirable, the “go for the gold” attitude makes sense. For example if those distributions were both shifted to the left reflecting reduced overall prices for both crops, the downside outcomes would be very undesirable. Thus the “play it safe” go-with-soybeans logic would make sense.

Admittedly most farms aren’t running a Monte Carlo simulation to measure this, but most are certainly intuitively aware of the phenomenon. It’s quite likely the very thinking that led to the “farmers just like to plant corn” and “farmers plant beans when times are tough” mantras.

The phenomenon – generated by the concept of operating leverage – can be seen in farm budgets if producers create alternative yield scenarios to consider “best-case” or “worst-case” scenarios. What makes operating leverage so powerful in 2021 is that the overall picture points to a profitable environment, particularly with the down-side protection crop insurance will provide. That’s to say, the bad outcomes aren’t as likely as they were in recent years with reduced prices.

Taken together, the current overall strong financial outlook for both crops, and corn’s advantage in better price and yield scenarios sets the stage for corn having more appeal than the price ratios might suggest. It isn’t about corn producers “liking” to plant or harvest corn; it’s about the range of potential returns and the up-side potential of corn.

There are several factors that can be used to think about the relative advantage of corn as compared to soybeans.

The idea of operating leverage and “betting on corn” is influenced by all those factors but is especially relevant when producers consider the range of possible yield outcomes and the overall positive financial environment. When the downside outcomes aren’t that financially devastating or dire, one tends to focus on the upside potential.

This article doesn’t consider that producers might be able to “manage” corn more intensely than soybeans. In addition to everything outlined, some producers might perceive an opportunity to add inputs – timely nitrogen, crop-protection passes, etc. – that allow them to push the potential for corn yields even more than our assumptions. That’s a consideration that’s relevant during a period of overall strong returns, and factors into how producers perceive those “best-case” scenarios and potential returns.

In conclusion an analogy from poker might be helpful. The soybean-to-corn-price ratio is an important consideration, similar to the cards a poker player has in their hands. For 2021 the crop-insurance price ratio favors soybeans slightly more than the previous time we observed an approximately even acreage split between corn and soybean.

But the poker player considers more than just the cards in his or her hand – chip count, the size of the bet, etc. Similarly producers will also be considering the overall economic environment and the potential payout for betting on corn.

One should not ignore that the game is much more favorable in 2021 than in recent years. 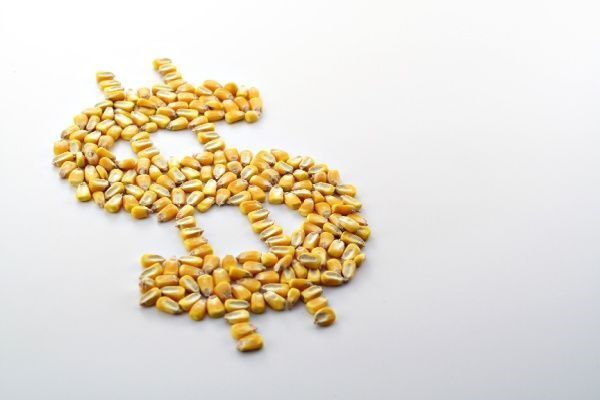 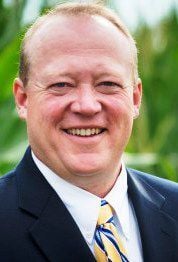