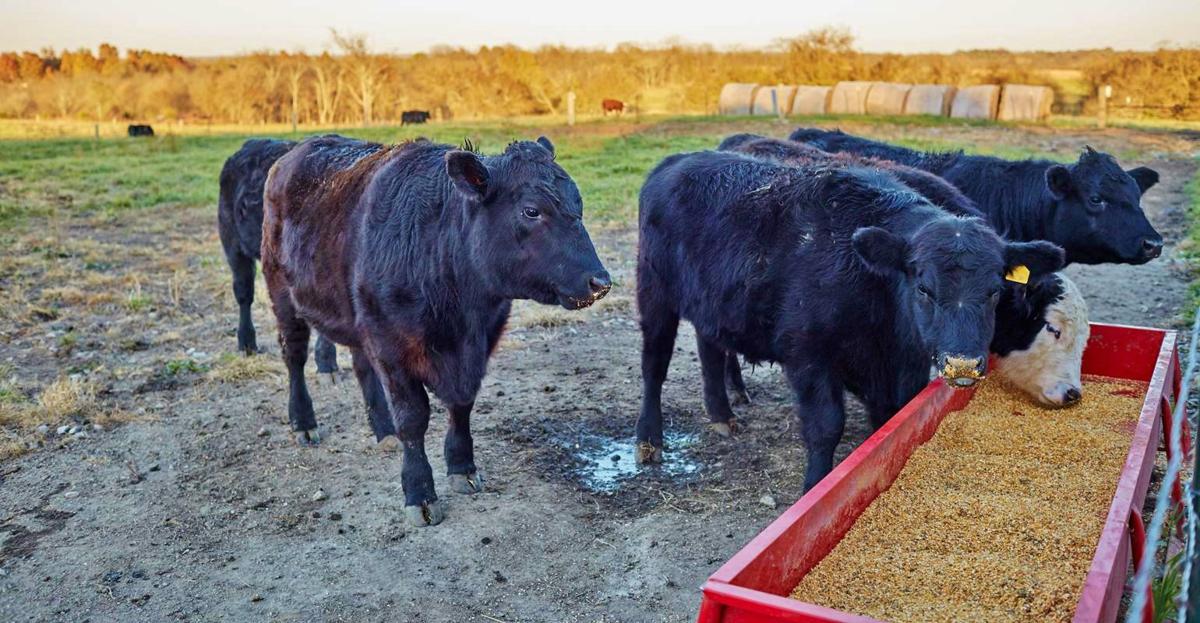 The USDA projects feed and residual use of corn during the current marketing year at 5.525 billion bushels.

The USDA projects feed and residual use of corn during the current marketing year at 5.525 billion bushels.

Uncertainties regarding the potential trade deal and the coronavirus outbreak remain as negative forces for commodity markets. But corn prices came through the difficulty relatively well during the past couple of weeks. March corn-futures prices have continued to bounce around in a range between $3.75 and $3.95 since mid-December. During that same period consumption in some key use categories for corn increased substantially and corn basis remains strong. 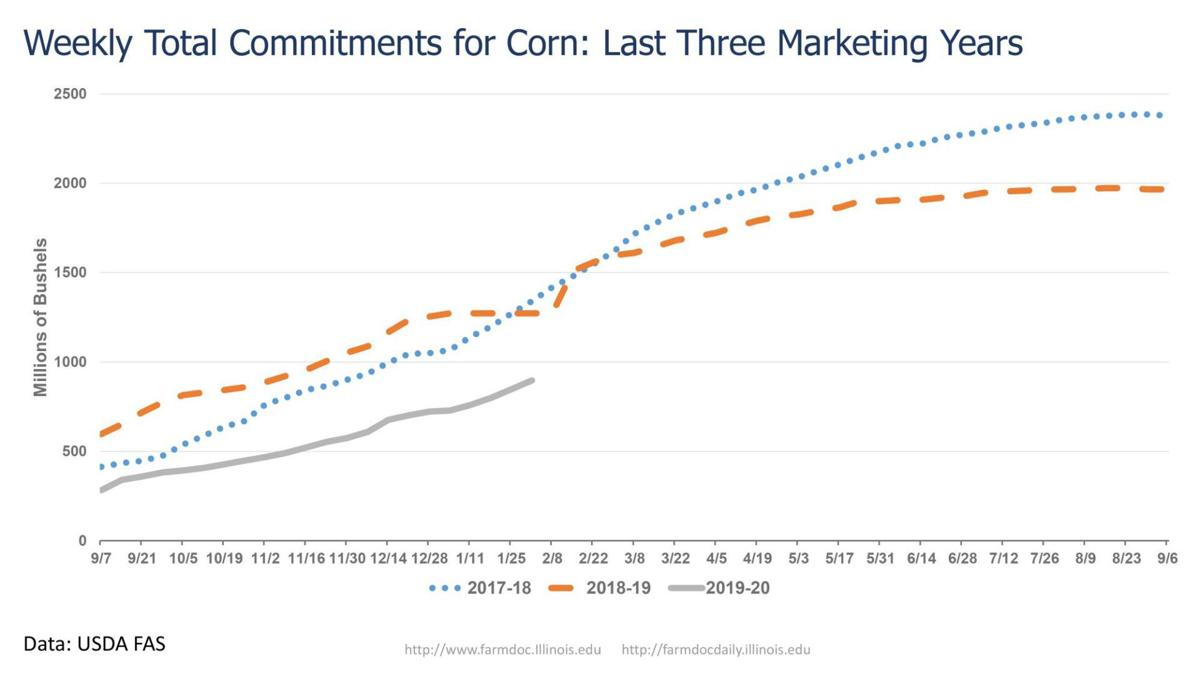 Corn exports from February through August of the past year totaled 1.08 billion bushels, with substantial weakness beginning in June due to strong Brazilian exports. The potential for corn exports to reach or exceed current USDA projections appears contingent on the production levels for the second Brazilian corn crop and expanded purchases from China.

After the massive export levels seen in 2019, the Brazilian corn-supply situation is tight. The full-season corn crop, which accounts for about a quarter of Brazilian production, appears set to come in slightly less than the previous year because of production problems in the southern regions. Regions for full-season corn tend to be domestic users with extensive livestock-production capabilities. Export potential for Brazil in 2020 rests on the second corn crop. Strong domestic demand in Brazil buoyed corn prices in the country and is incentivizing planting of the second crop.

While central-west regions of Brazil look set to plant the second crop on time, many of the southern regions saw delayed harvesting of soybeans – pushing back their planting window. Under normal planting circumstances the second crop in Brazil is a risky proposition. Late planting increases the potential for a production issue in some regions.

U.S. corn exports look to benefit from reduced levels of corn availability out of Brazil during the next few months. Any problems with the second crop in Brazil may see corn exports increase dramatically. If China can follow through on corn purchases under the “phase one” trade deal, export potential during the second half of the marketing year looks promising.

Ethanol production continues to come in well more than a million barrels per day and is recovering from the weakness seen early in the marketing year. Using U.S. Energy Information Administration production data through Jan. 31, ethanol production in January came in 4.8 percent more than the previous year. 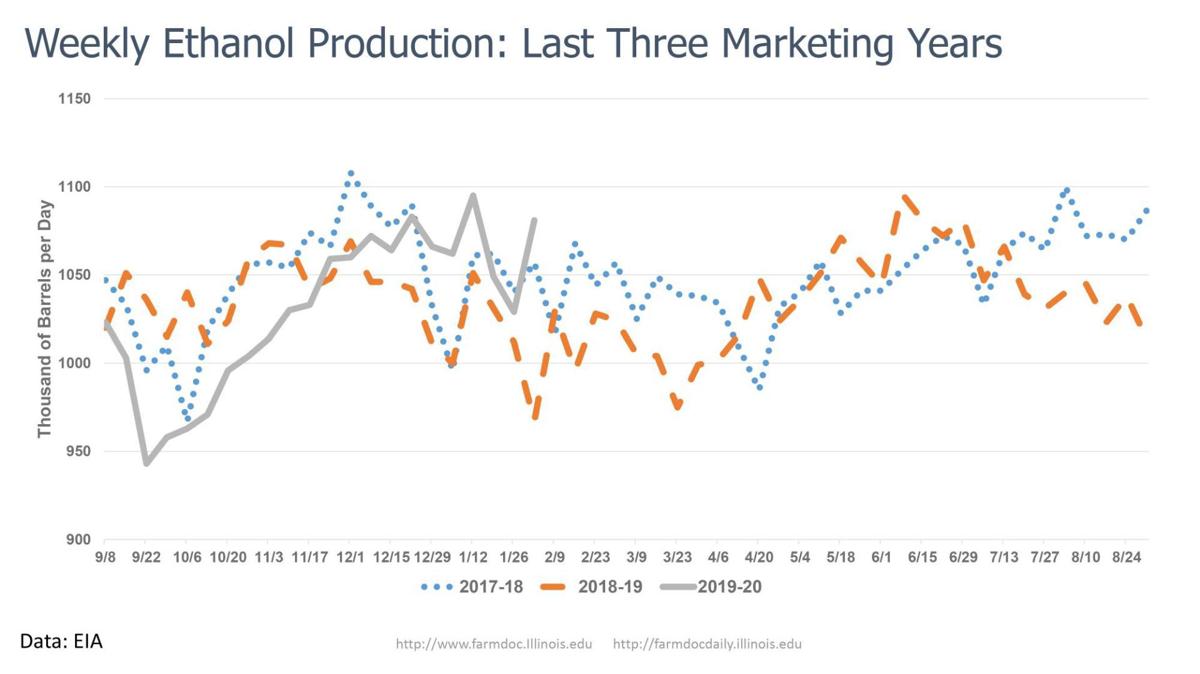 Ethanol exports for the 2018-2019 marketing year totaled almost 1.552 billion gallons. U.S. Energy Information Administration export data is available through November. It indicated an 88 million gallon decrease in ethanol exports through November from the previous year. The decline came mainly from reduced levels of exports to Brazil and India. Official export data is unavailable for December and January.

Thus far in the marketing year China sits at zero gallons of ethanol exports. If China enters the market this year, the boost to ethanol exports looks to place corn use for ethanol at more than current USDA forecasts. Corn used for ethanol projections sits at 5.375 billion bushels. Currently corn use is on-pace to hit that projection without Chinese purchases. 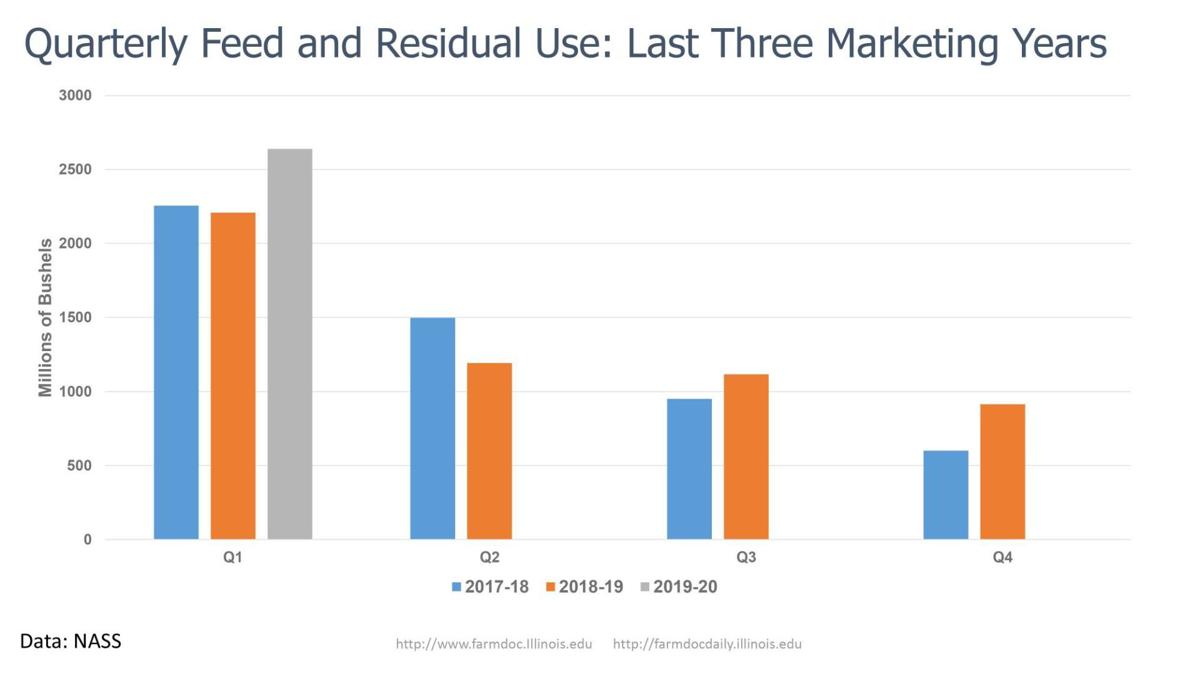 While expanding livestock production points to increased feed use, the size of the 2019 corn crop may be factored into that estimate. With 8 percent of the crop left in the field as of the January production report, the potential for a smaller crop estimate remains in play. Quality issues associated with the late-harvested crop may also factor into total feed use before the marketing year concludes. At this point the current USDA projection seems appropriate despite the issue mentioned.

The forthcoming World Agricultural Supply and Demand Estimates report may provide no substantial changes to corn-use components due to the trade deal. A strong corn basis across the Corn Belt for this time of year provides some relief for the relative weakness in futures prices. Consumption increased in some key categories during the past few weeks. Any adjustments to the 2019 crop or issues with production with key competitors point toward support for corn prices.