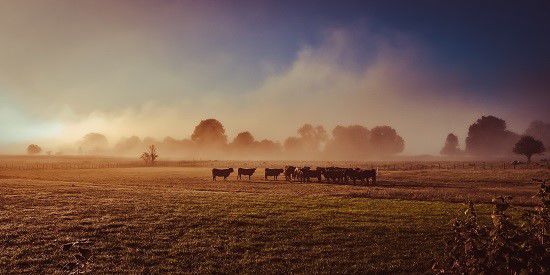 In the longer run we should also consider the implications of where the U.S. economy will be in 12 to 18 months. One thing is known; conditions won’t just simply “revert” to where they were just a few months ago.

While those terms have been used to describe COVID-19 during the past few weeks and months, they aren’t helpful to decision-makers trying to navigate weeks and months ahead of them. To think about what lies ahead for COVID-19 and U.S. agriculture, we’ve outlined four key sources of uncertainty and share a few thoughts.

One must consider various time-frames for this. In the short run attention will focus on the duration and magnitude of the current economic constraint in place. The impact of those will be staggering. Goldman Sachs recently forecast a 6 percent decline in gross domestic product for the first quarter and a 24 percent decline in the second quarter. With that historically small unemployment rates will increase, to as much as 9 percent per Goldman’s forecast. Other forecasts are even more bearish.

The intermediate run will focus on the recovery of global economies. In the United States that will likely correspond with COVID-19 concerns peaking and businesses starting to reopen. In the United States the same Goldman Sachs forecast pointed to 10 percent to 12 percent economic growth in the second half of 2020. That will create a wild whiplash of economic indicators. Watch for how governments respond to the economic headwinds. In the United States the Federal Reserve will undertake many different kinds of efforts to stimulate the economy and keep credit markets functioning. Congress will likely provide large fiscal-stimulus packages. We can expect a lot of uncertainty both with respect to what will be done and how well anything that is done will work.

In the longer run we should also consider the implications of where the U.S. economy will be in 12 to 18 months. One thing is known; conditions won’t just simply “revert” to where they were just a few months ago. There will be lots of changes, but untangling where things might go will take some time.

For agriculture keep the following measures in mind.

It’s been a difficult month for commodity prices. From oil to grains and livestock, everything has decreased. The decline in corn and soybean prices will take $50-$90 per acre out of crop budgets as producers head into planting. That of course comes as the farm economy continues to deal with eroding financial conditions, even with significant Market Facilitation Program payments. The additional stress is concerning.

It’s worth keeping in mind the markets – all markets – are dealing with a massive amount of uncertainty. That uncertainty has translated into downward pressure on all commodity prices. As uncertainty begins to resolve in the coming weeks and months, the outlook on usage and demand will have more clarity. As such markets will begin to focus on production and growing-season issues as well as how demand might evolve.

In the intermediate to longer run, the demand for some agricultural products will be impacted by changes in consumer incomes. The Great Recession corresponded with a sharp decline in American consumption of meat. While the impacts varied, per capita consumption of all meat – chicken, poultry, and beef – decreased. In particular beef consumption took almost 10 years to recover to pre-recession levels.

A related impact will be the possible shift of where consumers eat – home vs. away from home. In the United States a decline in dollars spent away from home was observed in the previous economic downturn.

Outside of food, ethanol markets will also feel the pain associated with plunging oil prices.

Those headwinds would be offset by any positive potential from African swine fever opportunities and “Phase One” trade-deal benefits. Those factors were a source of optimism for U.S. agriculture just weeks ago.

One of the unique challenges with the COVID-19 situation is the widespread shuttering of factories and production. That started in China but has now extended to the United States and the rest of the world. One staggering example of that is most automobile manufacturing in the United States has stopped. The current focus has been on food and grocery stores, but don’t be surprised if supply-chain impacts expand and linger. Initial challenges will focus on the workforce, but the supply chain will also need to “refill the pipeline” once work resumes. While admittedly a broad category, it’s difficult to know how or where issues might appear.

The decisions made during the COVID-19 outbreak will be studied for years to come. The rapid pace of unfolding events, the potential of asymmetric outcomes – think really bad outcomes from doing nothing and the economic consequences of severe behavioral constraints – and minimal data have made the decision-making process difficult. There will be many “Monday-morning quarterbacks,” but those truly interested in learning from the situation will need to consider the decisions made in the context of the information known at that time. At present it appears there is widespread adoption of the precautionary principle – using absolute caution in order to avoid a disastrous outcome. It will be interesting to see how decision-makers modify their approach as more information and better data are obtained about the situation.

One of the most challenging data points has been in almost every headline – the number of reported U.S. cases. Initially limited testing capacity meant the number of actual cases – people actually infected – was likely under-reported. As testing capacity expanded, the number of cases increases. It becomes difficult to separate the number of newly infected versus the share being captured by testing. Making the data even more complicated, New York City and Los Angeles are now limiting tests to only situations when the diagnosis is needed for treatment. That’s all to say the underlying data are complicated and not as straightforward as we might think.

In conclusion it feels like there are very few things we know today. Most of what we read and hear are known-unknowns and fear of unknown-unknowns. The uncertainty and never-ending stream of bad news can be difficult to navigate. In the coming weeks and months the world will – with a little luck – be able to move forward with more known-knowns.