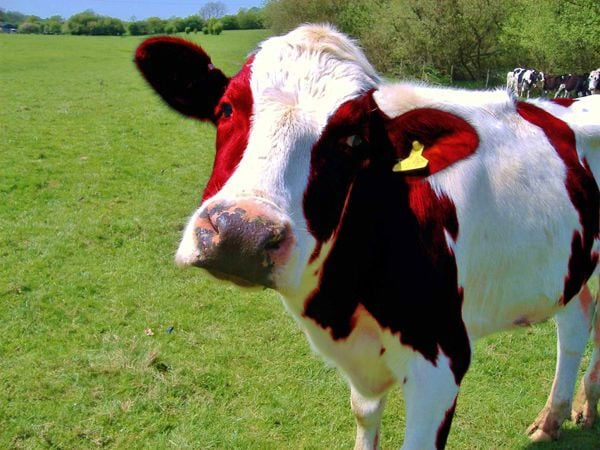 The dairy markets are awash in red ink; June Class III milk gained a little ground this past week but all other Class III and Class IV contracts finished sharply less.

The dairy markets were awash in red ink this past week. June Class III milk gained a little ground but all other Class III and Class IV contracts finished sharply less. July Class III lost 81 cents to close at $16.72 per hundredweight. The August contract plummeted $1.18. Most Class IV contracts lost between 25 and 45 cents.

For months inflated feed costs have supported second-half futures, based on the theory that poor margins would reduce milk output eventually. Now the trade seems to be questioning that theory – and with good reason, given the size of the dairy herd – and concentrating on more-immediate supply issues. There is milk in abundance and it’s weighing on dairy-product prices.

After a few hot weeks stress is starting to sap milk yields. Nevertheless there’s more milk than manufacturers can accommodate in the Southwest and mountain states despite supply-management programs. In the Upper Midwest dairy producers have added cows sufficient to fill new cheese-processing capacity and then some. Excess milk is selling in the region for $4 to $6 under class. In the rest of the nation there is still no shortage, and cooler weather is on the way almost everywhere except California. 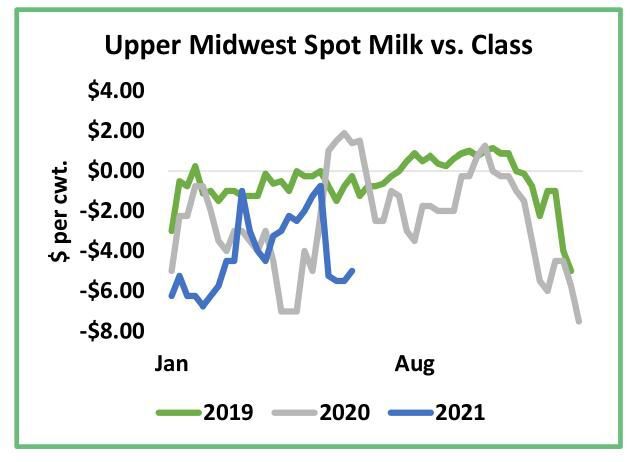 The cheese markets are looking especially weighed down by overproduction. Traders exchanged 56 loads of fresh Cheddar in Chicago this past week, pushing a lot of product through the market of last resort. Chicago Mercantile Exchange spot Cheddar blocks slipped 0.75 cents to $1.4925 per pound. Barrels decreased 13 cents to $1.5425. Cheap milk is pushing some Midwest cheese plants to run at maximum capacity, according to the U.S. Department of Agriculture’s Dairy Market News, and demand is mixed. 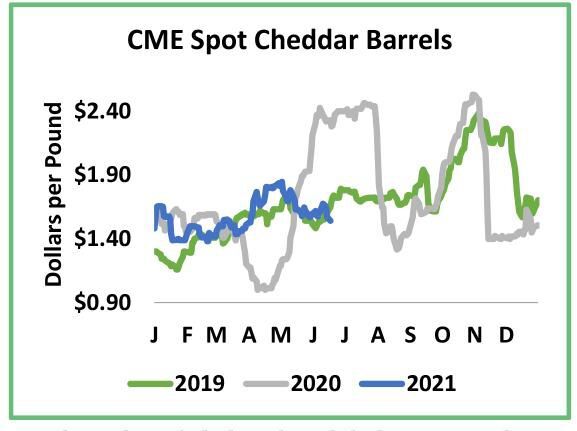 Under pressure from abroad, CME spot nonfat-dry milk decreased 3.5 cents this past week to $1.265. Powder values faded at the Global Dairy Trade auction, where skim-milk powder decreased 1.7 percent to the equivalent of nonfat-dry milk at $1.62 per pound. Big moves in the currency markets also weighed on the most export-dependent of the U.S. dairy commodities. 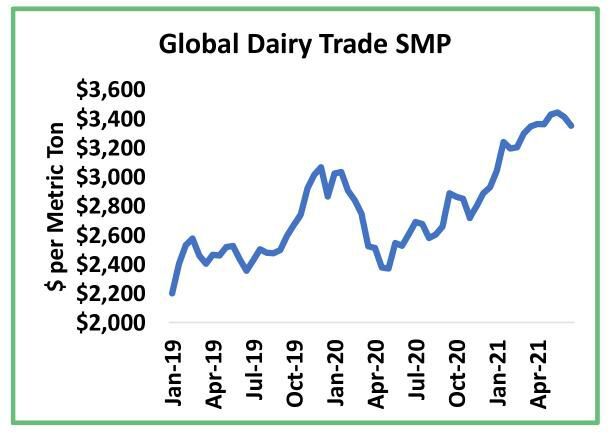 Federal Reserve officials offered June 16 a more-optimistic economic outlook and hinted at the possibility of a slightly tougher stance on inflation. That prompted a dramatic turnaround in the dollar, which had been languishing at multi-year reductions. During the past three trading sessions, the U.S. dollar index rallied 1.9 percent against a basket of foreign currencies – a massive move in the generally stolid forex market. The stronger dollar makes U.S. nonfat-dry milk more expensive when priced in weaker foreign currencies. The snarled supply chain is not helping matters. The container shortage and port backlogs continue to slow exports, while a lack of truck drivers has delayed domestic shipments.

Ever the contrarian, the whey market softened early in the week but made a strong showing June 18. Still CME spot whey finished 1.75 cents less than it was the previous Friday at 61 cents. Buyers continue to balk when prices are more than 60 cents, but stocks are tight and sellers feel no pressure to reduce their sights. Excellent-protein whey products continue to sell at a good clip, mostly to foreign buyers. Although the strong dollar may trim whey exports at the margins, it’s less of an issue for whey than for many other products. That’s because China’s yuan is strengthening even more quickly than the greenback.

Butter started strong but faded throughout the week. It closed June 18 at $1.785, a decrease of 0.75 cents. Cream is plentiful and churns are running. Retail orders are starting to fade, but food-service demand remains strong. European butter prices also softened, especially when adjusting for the currency effect. Benchmark German butter prices decreased 1.7 percent in euro terms this past week, but they decreased 3.7 percent when converted to dollars.

This past week on LaSalle Street in Chicago was one for the record books. Dragged down by soybean oil, the soy complex spent Monday through Thursday deep underwater. July soybeans capped off a seven-session losing streak June 17 by plummeting $1.1875 per bushel, the largest single-session setback ever. The strong dollar and a Chinese crackdown on inflation weighed on commodities in general. The weather forecast – which promises some relief after a hot and dry stretch – pummeled the already-weakened crop markets. 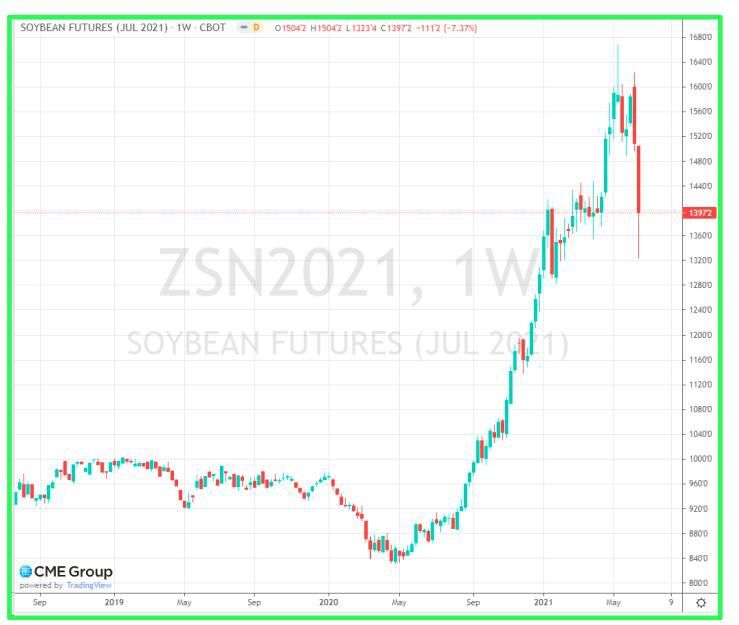 But the majority of the growing season still lies ahead and there are some real trouble spots. As of June 12 the USDA rated 68 percent of the corn crop in good or excellent condition, a decrease of four points from the previous week. In South Dakota just 45 percent of the crop was in good or excellent condition, and ratings are sure to decrease again after scant rains in the Northern Plains.

Weather maps promised a bit less rain for the Corn Belt than previous iterations and the crop markets came roaring back June 18. But crop values are still much less than they were the previous week after several days of red ink. July corn closed at $6.5525, a decrease of 29.25 cents. New-crop December corn was off 43.5 cents at $5.6625. July soybeans decreased $1.125 to $13.96. July soybean meal decreased almost $10 to $373.40 per ton.

Demand for feed remains strong and the world is hoping for a big crop. It’s going to be a long volatile summer in the grain pits.

During the past decade U.S. milk production has increased by an average annual growth rate of 1.5 percent while domestic demand has increased …

The dairy markets are awash in red ink; June Class III milk gained a little ground this past week but all other Class III and Class IV contracts finished sharply less.