According to the National Retail Federation, 44 percent of Americans are carving pumpkins as part of Halloween festivities this year. Have you ever wondered how far your Jack-o’-lantern might have traveled to reach your doorstep?

This post explores key statistics about pumpkin production in the United States and challenges facing the industry in 2021. 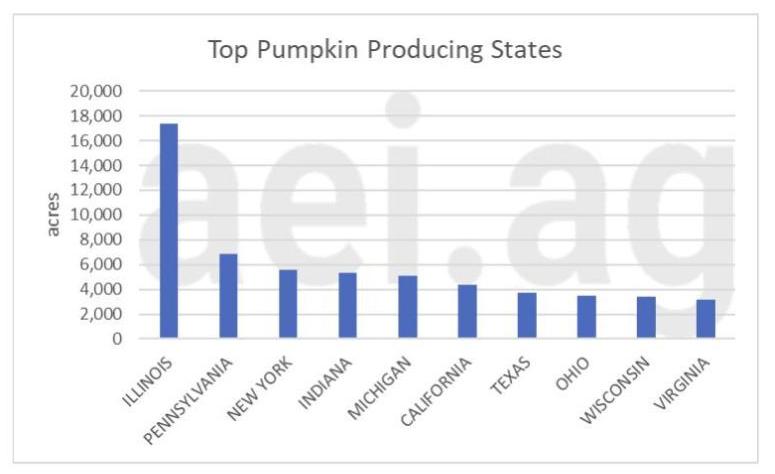 Pumpkins are grown in every state in the United States but just six states produce most of them. One state, in particular, is a pumpkin powerhouse. Illinois in 2020 harvested more than twice as many pumpkin acres as any of the other top states, at 15,900 acres.

Illinois has become the pumpkin capital of the United States thanks to its soil and climate, which are ideal for growing pumpkins. And in the early-1900s pumpkin-processing plants were established in Morton, Illinois, officially putting the area on the pumpkin map.

California, Indiana, Michigan, Texas and Virginia each harvested between 3,700 and 6,000 acres in 2020. Together with Illinois, those top-six pumpkin-producing states harvested more than 1 billion pounds of pumpkins combined.

At the bottom of the list, 21 farms raised pumpkins in Alaska in 2017, harvesting a total of 4 acres. Similarly, Wyoming had 9 farms harvest 10 acres. 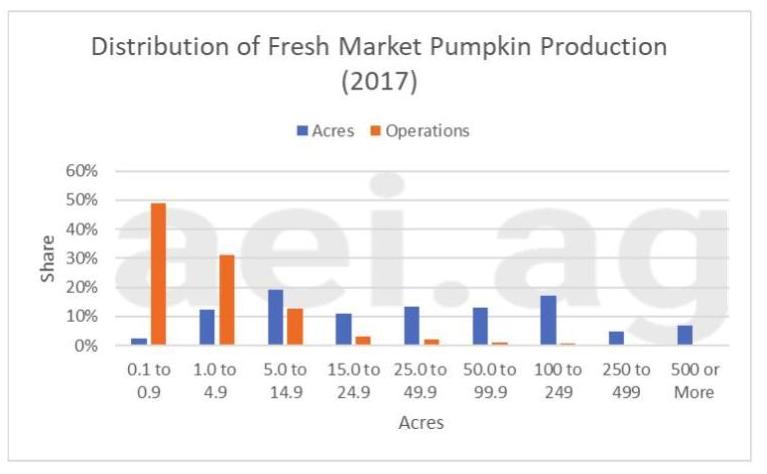 Farms that harvest less than 1 acre of pumpkins account for 49 percent of operations, but only 2 percent of harvested acreage. At the other end of the spectrum, 55 percent of total acreage is harvested by farms with more than 25 acres. But those operations represent only 4 percent of all operations. 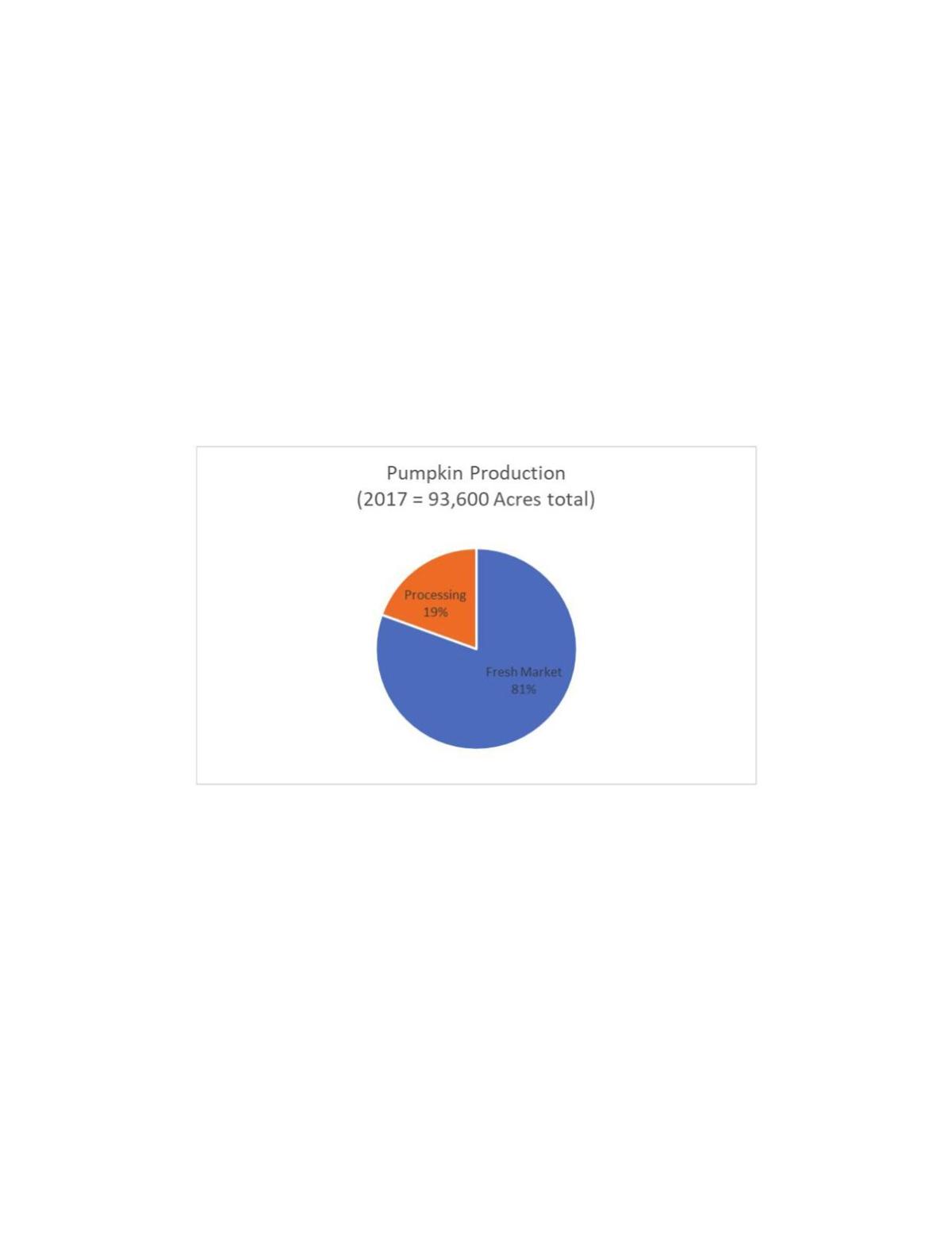 In 2017 there were 93,600 acres of pumpkins harvested, the majority destined to become Jack-o’-lanterns in the fresh market.

In contrast with other states, 79 percent of Illinois pumpkin acreage in 2017 was for processed pumpkins destined for pie fillings and other baked treats. That’s well more than the national average of 19 percent of acreage. The 13,800 acres of processed-pumpkin harvest skewed the acreage share of Illinois; they also account for a whopping 76 percent of total U.S. processed acreage.

The Libby’s brand is reported to have almost 90 percent of the North American market for canned pumpkin, with 90 percent of it sold in only four months from October to January.

Most pumpkins grown in the United States are the traditional Jack-o’-lantern variety, called Howden, usually found at a pumpkin patch. But the term “pumpkin” actually refers to members of four different species – C. moschata, C. mixta, C. pep and C. maxima. Pumpkins range in size from less than 1 pound to more than 1,000 pounds. Demand for specialty pumpkin varieties like White Howden, Blue, Cinderella and Fairytale continues to grow.

Different varieties of pumpkins receive different prices. Illinois produces the most pumpkins but the varieties they grow there for processing are priced less than Jack-o’-lantern pumpkins.

California until 2020 received the most price for its pumpkins. But that year the Texas value of pumpkin production reached $25.9 million, officially surpassing all other states. Dry weather in Texas led to better quality and reduced yields, contributing to increased prices.

The popularity of pumpkins has led to the development of the “pumpkin spice industrial complex,” which reached a value of more than $600 million in 2018 – and keeps growing.

But for the millions of Americans who celebrate Halloween with a Jack-o’-lantern or two, the search for the perfect pumpkin might have been a bit more challenging this year. That’s because the festive orange gourds haven’t been immune from this year’s widespread supply-chain challenges.

One pumpkin distributor that ships millions of pumpkins around the country each year estimates they have been 40 to 50 loads behind schedule all season long. That’s thanks in part to pallet and cardboard-box shortages, the current lack of trucking capacity and increased freight rates.

Extreme weather and an invasive fungus have also hurt some pumpkin yields. The fungus may affect the future availability of canned pumpkin more so than fresh Jack-o’-lantern pumpkins.

The pumpkin shortage doesn’t appear to be dire, but carvers can be creative if necessary. Pineapples are even being suggested as an alternative for Jack-o’-lanterns. One could also get a pumpkin fix by road-tripping to visit the world’s largest pumpkin – which ironically is not in Illinois, but Manitoba!