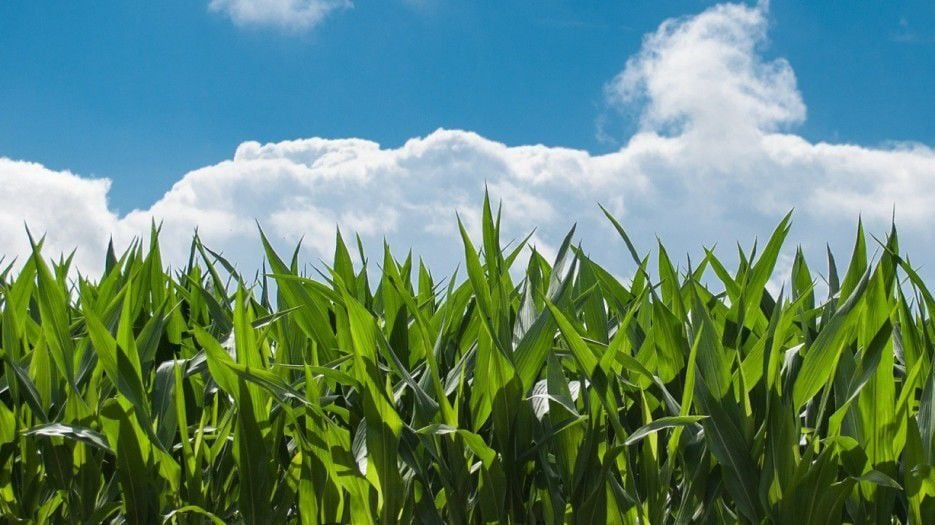 As of June 6 farmers have planted all their intended acres or are nearing completion of planting.

The U.S. Department of Agriculture’s weekly Crop Progress report indicates that as of June 6 farmers have planted all their intended acres or are nearing completion of planting. The report does not take into account whether or not farmers planted more of one crop than they originally indicated in the March Prospective Plantings report.

This week’s report is also an early look at crop conditions and how select crops are faring in the latest weather swings. Jumping from colder-than-usual temperatures to extreme heat, crop conditions are unlikely to stay favorable for long, especially if drought conditions worsen. Those weather shocks are likely to impact estimates for crop supply in the 2021-2022 marketing year as demand continues to increase and push prices toward their greatest levels since 2013.

As of June 6 farmers have planted all their intended corn acres. The previous week’s report shows that 95 percent of intended corn acres were planted, which is just slightly more than the 92 percent progress reported for the same week in 2020. Leading the way were farmers in North Carolina, who finished before the report, followed by Iowa and Minnesota at 99 percent, and South Dakota and Tennessee at 98 percent. 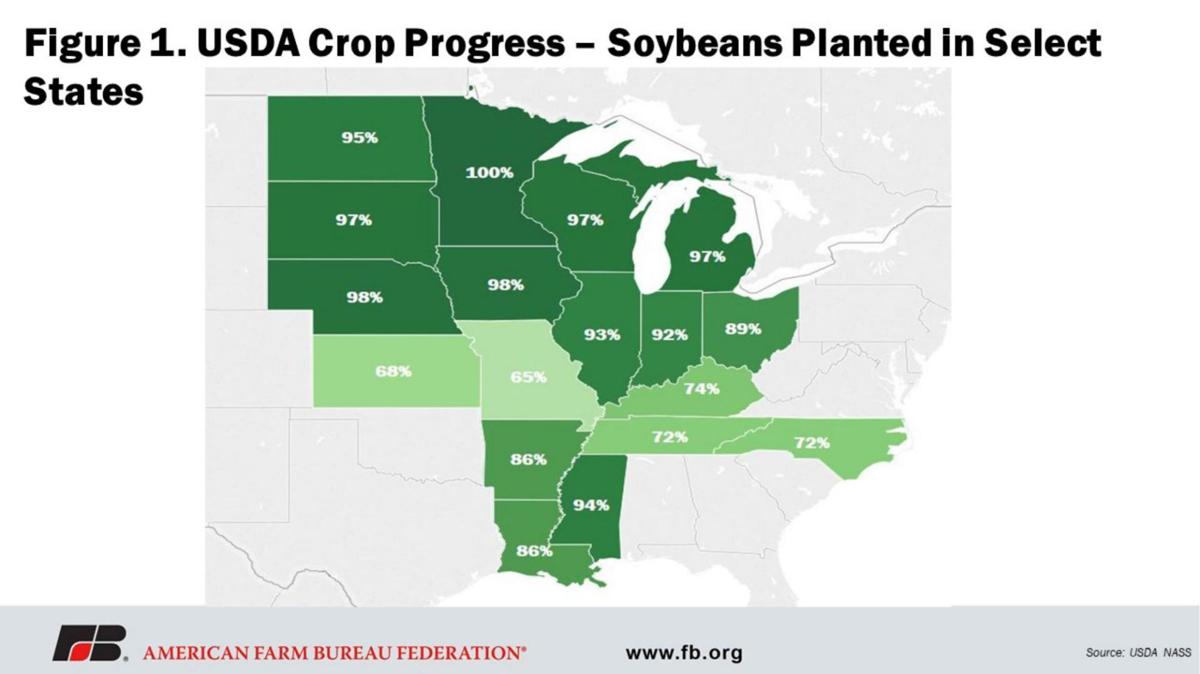 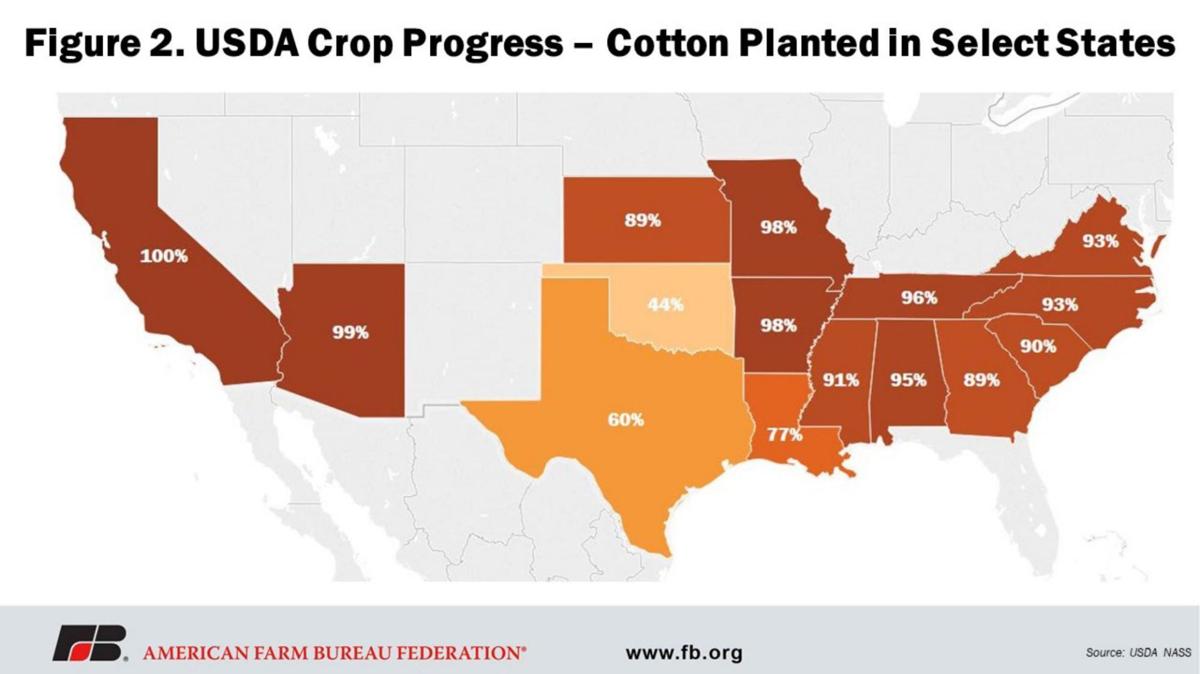 The National Oceanic and Atmospheric Administration published June 8 its monthly national temperature and precipitation maps. According to NOAA, in many parts of the country May temperatures were some of the coldest on record, especially across the middle of the country where planting has rapidly progressed. Crop emergence is heavily dependent on warming temperatures that initiate plant growth. A spike in temperatures has just started in areas where the temperature has been less than average. Figure 3 is the May 2021 NOAA map that compares the temperature of the current month and year as percent relative to the same month’s mean temperatures starting in 1895. 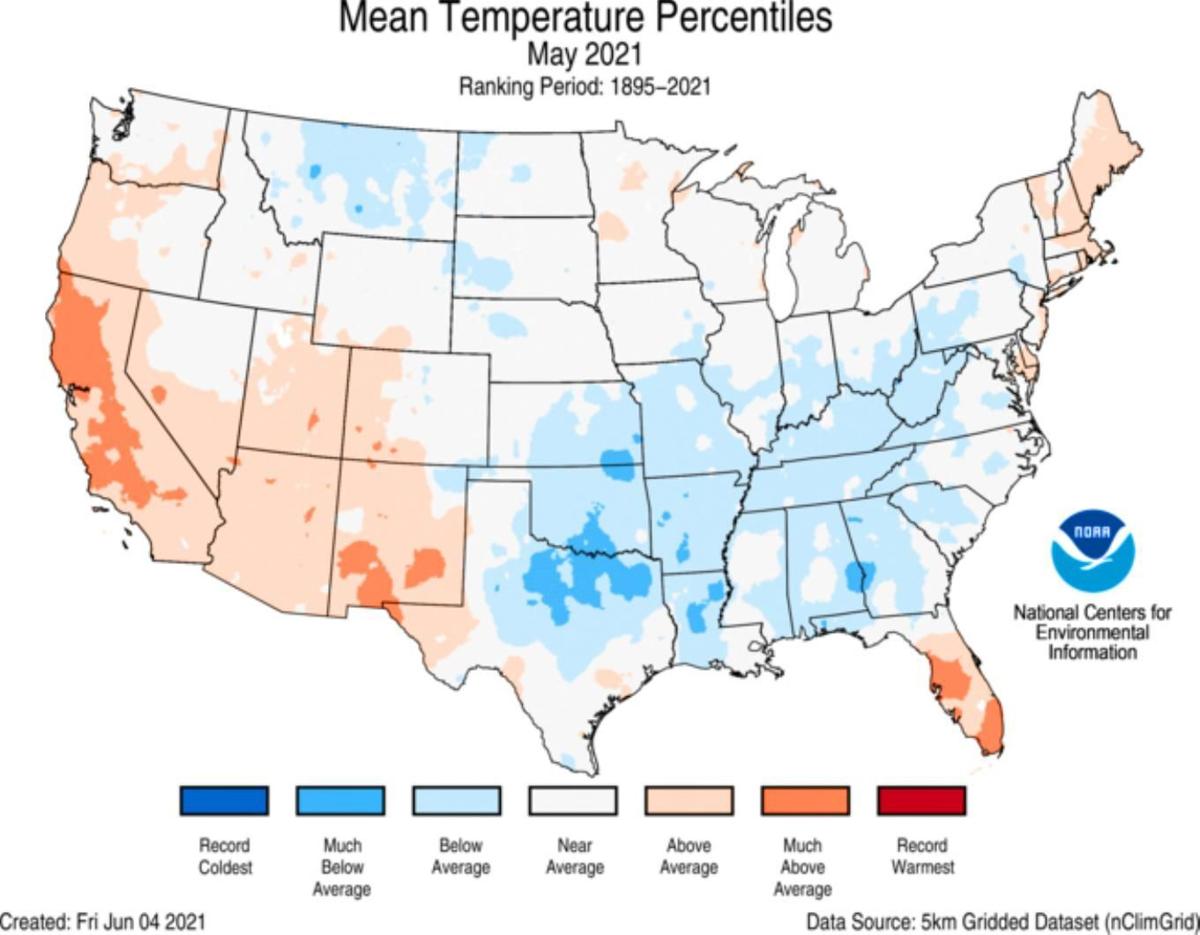 In drought-stricken areas, temperatures in May were much warmer than average with little moisture. Drought conditions continue to make farmers wary of what the 2021 crop will look like. In parts of the West and Southwest, especially western Arizona and southern California, record drought conditions were already emerging in April. The latest precipitation maps show it’s record-dry in those areas of the West. Moving east, more than average rains and even record rains for the month occurred in eastern Colorado and western Kansas, as well as along the Gulf Coast in Texas and Louisiana. Figure 4 is the May 2021 NOAA map that compares the precipitation of the current month and year as a percent relative to the historic mean precipitation during the same month since 1895 through May 2021. 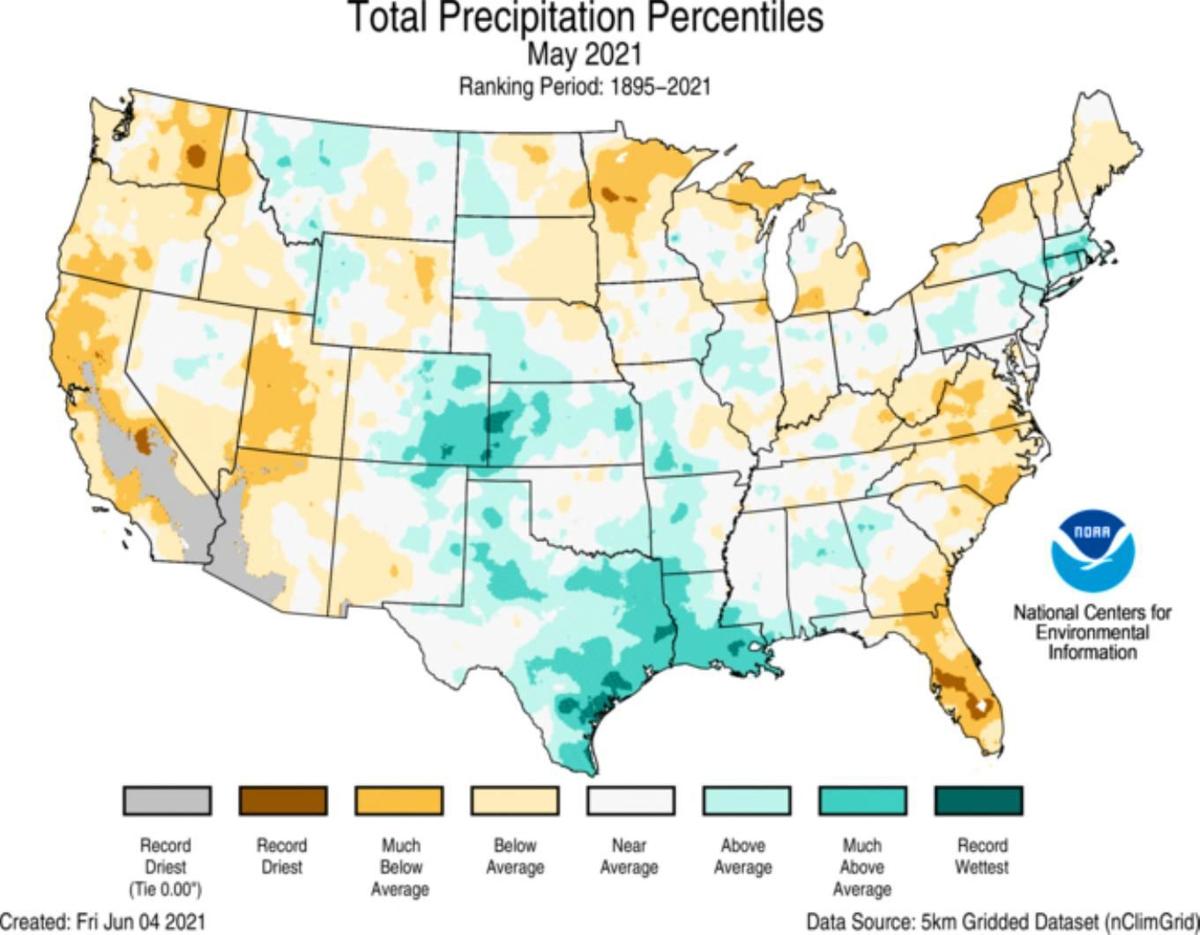 As summer heats farmer attention will shift toward weather patterns and growing conditions, which so far have not been ideal. Warmer-than-usual temperatures and persisting dry conditions are culminating in a drought in the West, while much of the rest of the United States has had cooler-than-normal temperatures and divergent precipitation levels. So far the USDA’s weekly Crop Progress reports do not include any information about whether farmers have changed their intended planted acres as originally reported in March. The June Acreage report released June 30 will be the next update to supply estimates for the 2021-2022 marketing year. But crop conditions will continue to be reported weekly, providing some insight into how crops will fare. If weather conditions result in supplies decreasing from current expectations, we could potentially see commodity prices increase again – provided the current outlook for demand remains strong.

This week’s post reviews historic soybean-yield data and considerations for 2021. The U.S. Department of Agriculture’s May World Agricultural …

This past September we considered the most interesting chart of 2020 – U.S. gasoline consumption. The trend lines said a lot about a year full…

As of June 6 farmers have planted all their intended acres or are nearing completion of planting.