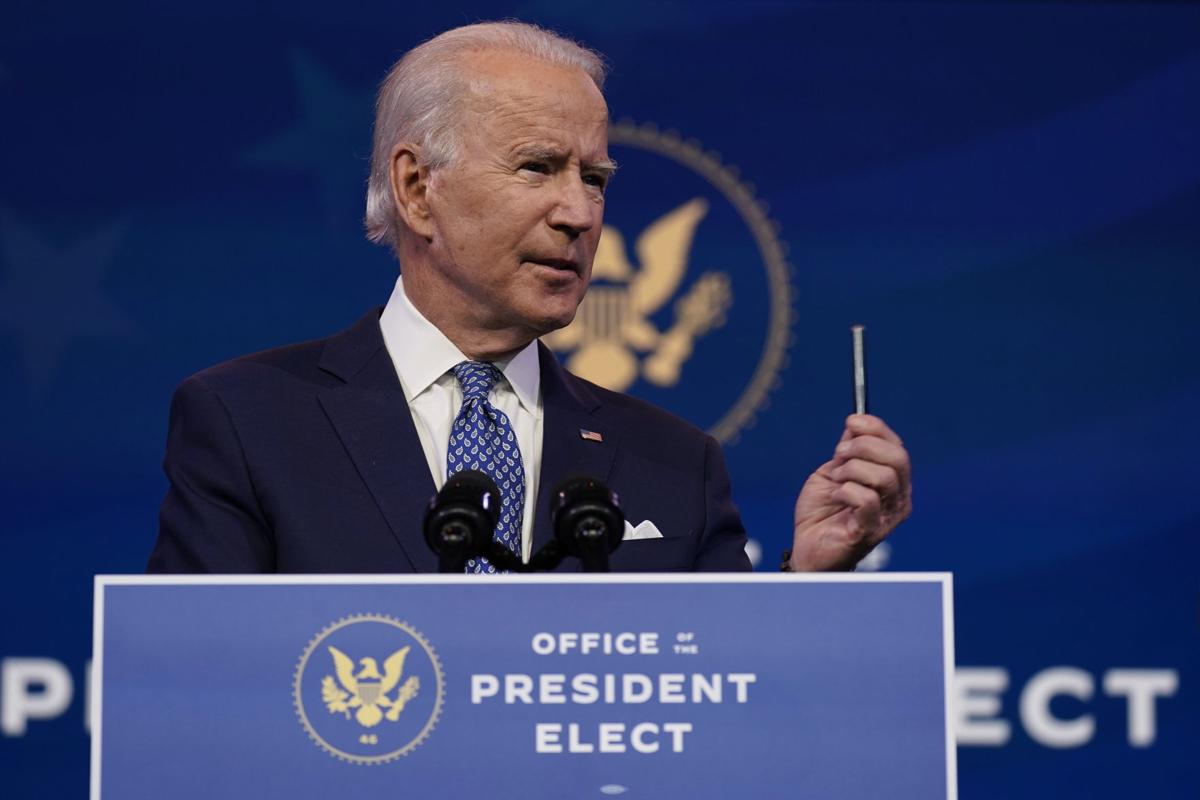 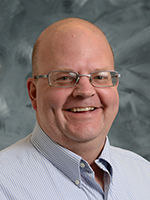 By contrast President-elect Joe Biden has a long history of support for a broad consensus, which has favored U.S. leadership of allied countries in the creation of a mutually interdependent and more prosperous world. Given the two’s sharp differences concerning trade policy – both in style and in substance – one might therefore have expected trade policy to play a bigger role in the election campaign.

That question is not all that easy to answer. As a candidate Biden made some commitments on trade policy, but those specific promises may be difficult to implement without unified Democratic control of Congress. On the more pressing issues of how to manage the trade-policy situation left by Trump, Biden the candidate offered some generalities but avoided specifics. This review is therefore somewhat speculative and based on my own reading of the situation.

Perhaps the key thing to understand about Trump’s trade policies is that most were implemented without the participation of Congress. That means those policies should be rather easy for Biden to reverse, at least from a legal point of view. Although Biden should be expected to reverse many of Trump’s policies during the course of his administration, it’s unlikely he will undertake the whole of that task immediately. He has other priorities that will take precedence over trade policy. He also has an opportunity to exploit the flexibility that Trump has left him in this area.

Tariffs from allies to be addressed

International-trade policy is not only an economic policy; it’s also an important component of a U.S.-president foreign-policy toolbox. One of the sharpest departures Trump took from the pre-existing U.S. trade-policy consensus was the 2018 decision to use a national-security exception in U.S. trade law to impose taxes on imports of aluminum and steel. Traditional U.S. allies were controversially included in the list of countries whose exports would be taxed. The European Union, among others, responded to those tariffs by placing retaliatory tariffs on U.S. exports – including exports of agricultural products. Longstanding trade frictions between the United States and the EU will remain – such as the appropriateness of subsidies paid to Boeing and Airbus – Biden has made it clear he plans to seek a rapprochement with the EU and other allied countries. It’s likely negotiations to reduce the tariffs imposed during the Trump administration – in both directions – will be one of the earliest significant trade-policy changes undertaken by the Biden Administration. Reducing frictions with traditional U.S. allies would also facilitate other trade-policy actions Biden hopes to undertake.

The most substantial trade-policy goal of the Obama administration was the negotiation of the “Trans-Pacific Partnership,” a preferential trade agreement involving the United States and 11 other countries from North and South America and Asia. The economic objectives of the agreement included increased access of U.S. ag products to large markets in Asia, among other things. The agreement also provided a strategy for reducing the influence of China, and-or encouraging China to change its trade-policy stance. Despite those benefits Trump decided not to submit the negotiated agreement to Congress. The other 11 members of the agreement went ahead with a slightly modified agreement, and remain open to U.S. accession to this group.

As a member of the Obama Administration, then-Vice-President Biden supported the Trans-Pacific Partnership. As a presidential candidate he said he supported the overall concept while also saying he would want to renegotiate specifics. Accession to the Trans-Pacific Partnership is perhaps the most straightforward way that Biden could significantly expand U.S. agricultural exports. But the domestic politics of joining the Trans-Pacific Partnership are likely to be quite tricky. It’s unlikely there will be much support for such a move on the Democratic side of the aisle. Trump’s fierce hostility to the deal may also make it difficult to assemble Republican votes. It’s therefore unlikely that U.S. accession will happen early in Biden’s term, if it happens at all.

For the foreseeable future the most difficult trade-policy issue facing U.S. Presidents will be China. Officials in the Trump Administration shared many of the same concerns about China as earlier administrations. Those concerns included China’s failure to abide by commitments it had made to protect intellectual property rights, and the significant ongoing role of state-owned enterprises in the Chinese economy. The concerns are shared by leaders of many countries, especially leaders of other prosperous countries. Trump decided to try to change China’s behavior without the help of those allies, unilaterally imposing U.S. tariffs on Chinese goods. Those tariffs generated retaliation from China, including tariffs on U.S. exports of soybeans and other agricultural goods. Trump’s “phase-one” agreement with China was mostly a face-saving exercise that offered China a cease-fire in exchange for purchase commitments that went unmet.

Expect Biden to eventually refocus attention on the issues that initially motivated the dispute – intellectual-property rights, state-owned enterprises, etc. While Biden’s goals might be quite similar to Trump’s initial rationale for the trade war, the strategic approach to addressing those issues will be very different. Biden will almost certainly abandon Trump’s go-it-alone strategy; seeking instead to coordinate an international response – possibly through the World Trade Organization. But it’s also likely Biden will use the existing tariffs as leverage to pursue his agenda. The key change in that regard might be that Biden will be less-focused as president than Trump was on using that leverage to increase sales of agricultural products. He’s more likely to focus on the initial sources of friction – intellectual-property protection and state-owned enterprises.

Exporters of agricultural products to China suffered collateral damage as a result of the trade war. A key way that Trump sought to mitigate the damage was to use discretionary powers to channel funds from the U.S. government’s Commodity Credit Corporation to make payments to farmers of crops that faced increased Chinese tariffs. Although those payments are not a trade policy, per se, Trump clearly linked that policy to the trade war and so we include it. Those payments were made under the president’s discretion, which would seem to leave the decision to reduce or eliminate those payments in the hands of Biden. It seems likely Biden will reduce or eliminate those payments, relative to their current levels. Reduced payments under the program, together with a reorientation away from domestic ag exports as the focus of short-term policy toward China, will be a double-edged sword for producers of the affected commodities.

The most prominent of Biden’s trade-policy proposals was a plan to increase the share of U.S.-produced content in U.S. government purchases. The proposal is likely to conflict with existing U.S. commitments at the World Trade Organization and in other U.S. trade agreements. If implemented on a significant scale, the Buy America plan may complicate Biden-administration objectives mentioned earlier – especially the more-collaborative approach he plans to take with U.S. allies. It’s unclear whether such a proposal would have significant direct effects on U.S. agriculture; it’s likely to have its biggest impact on U.S. infrastructure investments. If implemented and found to be inconsistent with World Trade Organization rules, a change to the Buy America program might draw retaliatory tariffs that once again hit U.S. agriculture. It does seem the plan is a Biden priority; he mentioned it prominently in the first presidential debate. Expect the Biden administration to pursue that policy almost immediately, but significant changes will likely require Congressional approval.

Carbon tariffs may be imposed

Another trade-policy area that was prominent in the Biden campaign was a plan to impose tariffs on exports of countries that lack carbon taxes or other limits on carbon emissions. That kind of plan would make most sense only after the United States puts in place a comprehensive plan to address climate change – something that may be unlikely to happen if Republicans control the Senate. An interesting aspect of the issue surrounding carbon tariffs is that the same “national security” clause that Trump used to implement tariffs on aluminum and steel might offer Biden the authority to impose carbon tariffs without Congressional approval. It does seem that addressing climate change is a priority for the Biden administration. He may seek to use that authority as part of those efforts, though carbon tariffs would be most effective as part of a comprehensive plan to “price” carbon emissions – which would require action by Congress.

Russell Hillberry is a professor of agricultural economics at Purdue University. Visit ag.purdue.edu for more information.