Chinese soybean imports from the United States could decrease by as much 71 percent if China were to impose trade restrictions on U.S. soybeans in response to U.S. tariffs on Chinese products, according to a study for the U.S. Soybean Export Council conducted by Purdue University agricultural economists Wally Tyner and Farzad Taheripour.

Tyner said an escalating trade war could hurt both countries.

“The annual loss in U.S. economic well-being would range between $1.7 billion and $3.3 billion,” he said. “Chinese economic well-being also falls if they impose a tariff, in some cases as much or more than for the U.S. The reason for that is that soybean imports are very important to their domestic economy.”

Using an advanced version of the Global Trade Analysis Project model developed at Purdue, Taheripour and Tyner projected the outcome of several prospective scenarios in which the Chinese government were to adopt tariffs ranging from 10 percent to 30 percent on U.S soybeans. China is the world’s largest soybean importer, buying 93 million metric tons of soybeans in 2016 – mostly from Brazil, the United States and Argentina. Nearly two-thirds of all U.S. soybean exports go to China – 62 percent.

Currently the soybean trade is relatively unrestricted by tariffs or other border measures, Tyner said, but that could change if the Chinese decided to retaliate for tougher U.S. trade policies targeted at China.

The analysis by Taheripour and Tyner produced a wide range of results under different assumptions of protection rates, model parameters and product coverage. Their best estimates of possible impacts of Chinses tariffs on soybean imports from the United States show that if the Chinese were to adopt a 10 percent tariff on U.S. soybeans, U.S. exports to that country could fall by a third – 33 percent. Total U.S. soybean exports could decline by 18 percent, and total U.S. soybean production could decrease by 8 percent, the study showed. 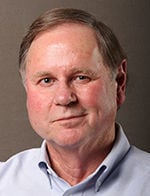 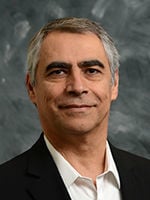