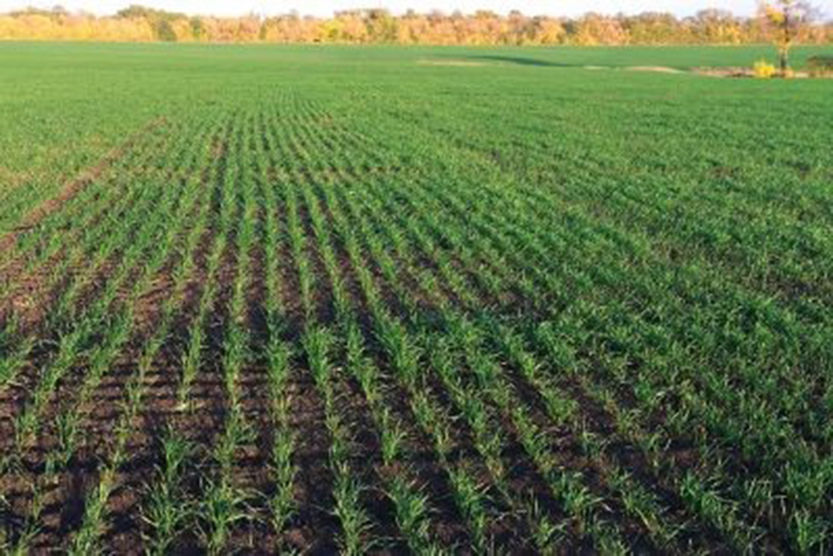 With the 2020 acreage debate coming into focus, it’s worth remembering that winter wheat bats first.

With the prevented-planting headaches of 2019, many noted that “Mother Nature bats last.” With the 2020 acreage debate coming into focus, it’s also worth remembering that winter wheat bats first. This week’s post reviews the USDA’s latest 2020 winter wheat acreage estimate and potential impact for corn and soybean acreage. 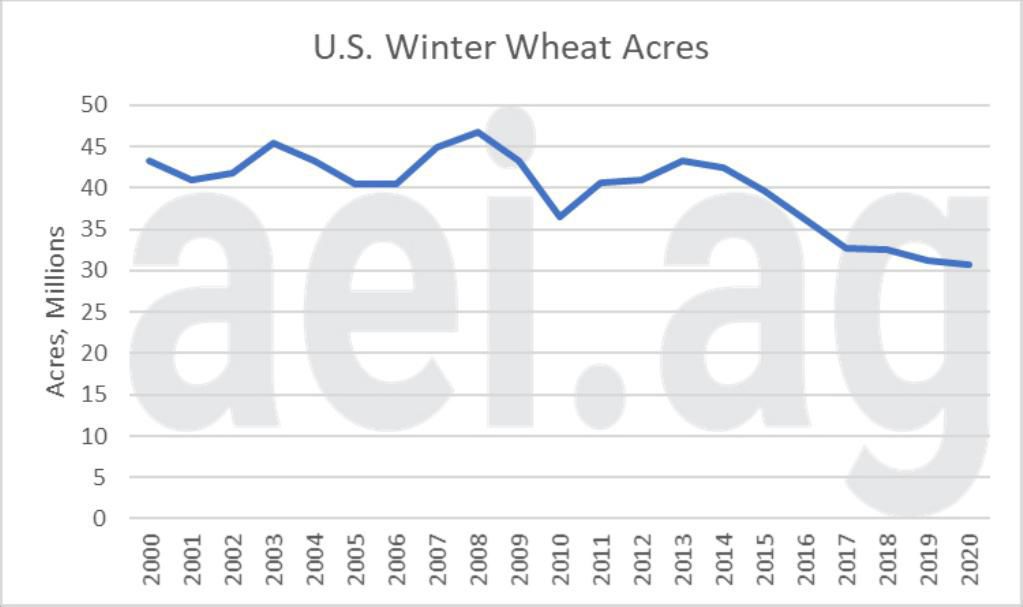 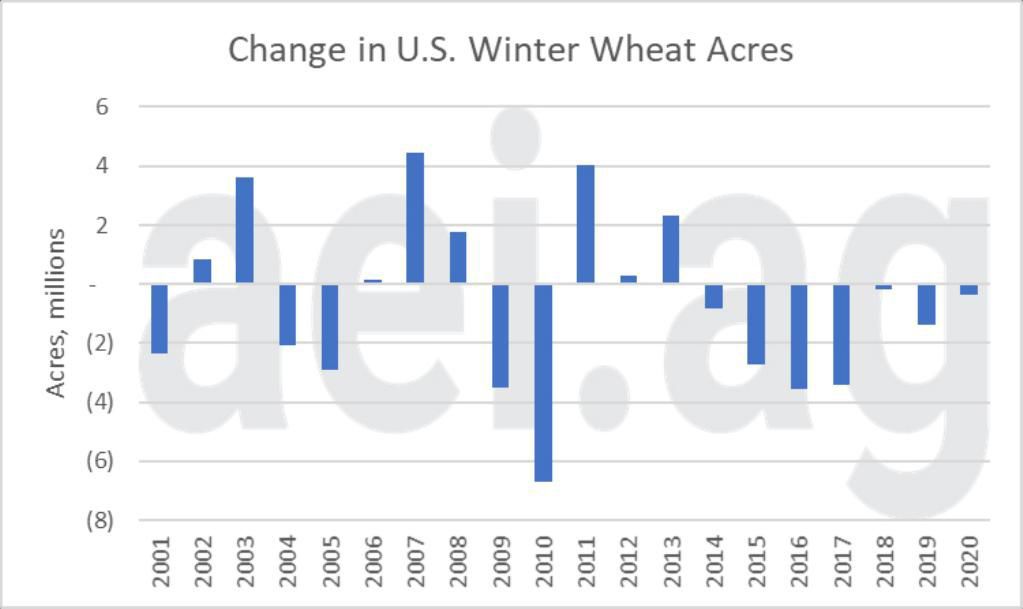 Current acreages are at historically smallest levels. Total wheat acres in 2019 were the fewest in 101 years of data. Winter-wheat acres in 2020 will be second-fewest in 112 years; acreage was only less in 1909.

As mentioned earlier the trend on an annual basis can seem small. Because U.S. wheat acres peaked in 1981, a trend line shows the average rate of decline was 858,000 fewer acres each year. The headline in this wheat story has been the stubborn duration of the trend – almost 40 years long. Another way of thinking about the trend is that the pace is equivalent to losing more than a Kansas and Nebraska worth of wheat acreage each decade. 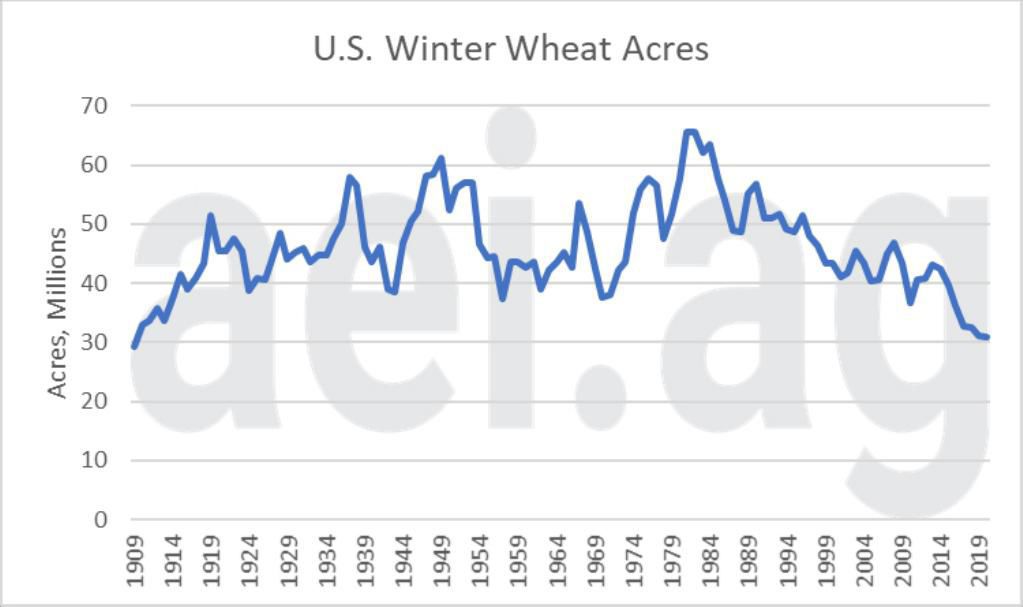 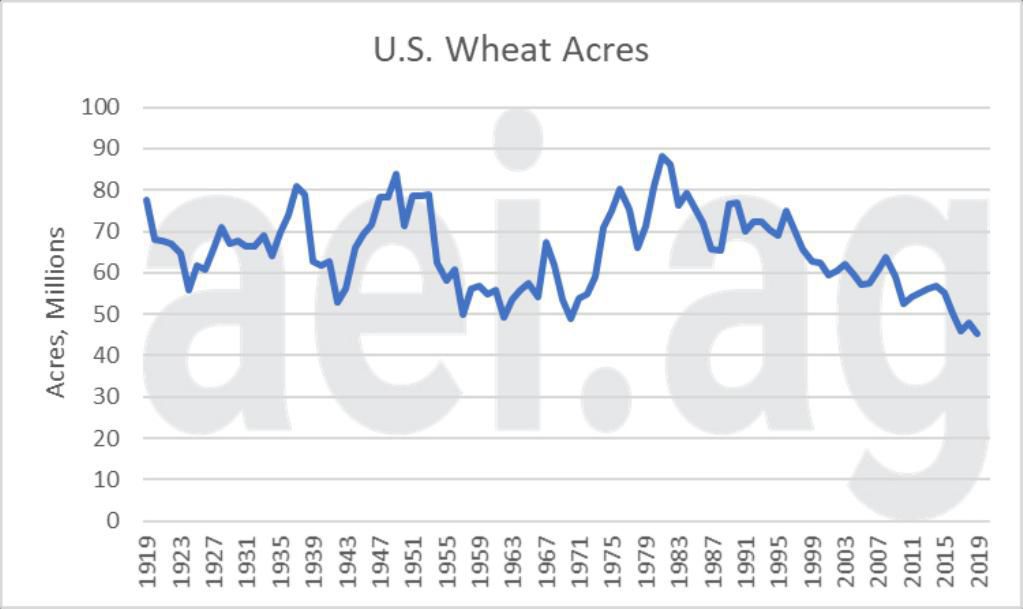 The decline in winter-wheat acres has not occurred in a vacuum. Fewer wheat acres have occurred as additional acres of corn and soybean production are planted.

Thinking about 2020, the winter-wheat report didn’t pack much excitement. On the one hand it’s good news because a large decline in wheat acres – like what occurred from 2015 to 2017 – would have been burdensome on corn and soybean production. On the other hand an increase in winter-wheat acres would have taken some pressure off corn and soybeans in the 2020 acreage debate. Attention will now focus on the spring crop-insurance-price discovery period.