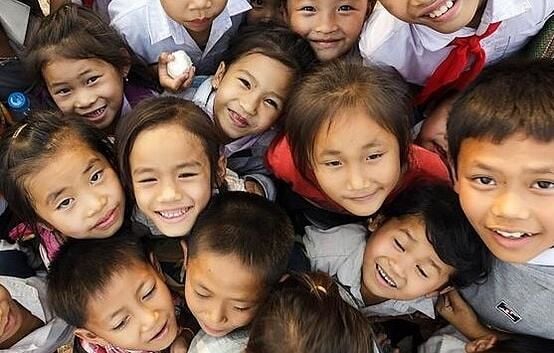 One of the most common questions the U.S. Dairy Export Council hears whenever we talk with milk producers is, “What value do exports hold for U.S. dairy farmers? U.S. dairy-export value may have grown by 9 percent to $6.6 billion in 2020, but what’s the benefit for farmers?”

Exports are so important to the U.S.-dairy supply chain – from farmers through processors through traders – that we thought it an appropriate topic for National Dairy Month.

What follows is the answer to that No. 1 question of why exports are essential for U.S. dairy farmers. During the next few weeks we’ll have more answers to farmer trade questions.

U.S. dairy farmers are the best at what they do. To confirm that one just needs to see the growth in U.S. milk production during the past decades. U.S. milk production has grown by 15 percent or 1.4 percent per year on average since 2000. That increase has been so steady in part because every single year milk production per cow has increased, as farmers have adopted innovative practices in technology, nutrition, genetics and animal care. Indeed increasing productivity isn’t even limited to just more liquid milk per cow. Each hundredweight of milk contains more milkfat, protein and lactose – or milk solids – that are used to create the products consumers around the world enjoy.

Partially because of those productivity gains, U.S. milk production has been expanding at a faster rate than domestic demand. That’s creating a growing surplus of milk that needs to find a home.

The good news is exports have filled the gap, ensuring market balance by accounting for more than 16 percent of total milk solids production in 2020. It’s a story we’ve told before. But we want to highlight one additional nuance regarding components.

That’s not the case with skim stream. Domestic consumption of skim solids only accounts for 80 percent of production.

Put another way, the United States cannot be fully balanced in both milkfat and skim solids without either exporting more skim or reducing milk production by 20 percent to balance out the skim solids. That would require importing 20 percent of total milkfat consumption in the United States. Essentially because cows aren’t going to start producing pure cream, we have protein, lactose and other skim solids that need a home.

As relevant as that argument is, the case for exports is more than just establishing market balance. We believe the best home for the growing milk supply in the United States is the international market. It’s not because we have milk powder, whey and cheese to sell but because customers around the world are demanding more dairy products every year.

U.S. dairy farmers of all sizes have demonstrated a desire to grow their dairy operations – either through more cows, efficiency gains or often both. In the prior section we mentioned how that has created a gap between production and domestic consumption. But as we look toward tomorrow, the international market will become increasingly important for enabling U.S. dairy farmers of all sizes and regions to continue growing.

Simply put the international market is growing faster than the U.S. domestic market. During the past 10 years, global dairy trade grew on average by 3.8 percent per year on a milk-solids-equivalent basis. That increase is the equivalent of more than 7 billion pounds of dairy solids or 54 billion pounds of liquid milk. Even a global pandemic failed to slow international-consumer appetite for dairy, with global dairy trade expanding by 3.9 percent in 2020, adjusting for leap day.

While we’re not ignoring the U.S. domestic market and its importance, exports are increasingly becoming the main driver of growth. Since 2003 more than half of all additional milk produced by U.S. farmers has gone to exports. And that figure is growing – an astonishing 75 percent of the “new milk” produced in 2020 went overseas. Essentially the international market is crucial to enabling U.S. milk-production growth.

But even that impressive fact may undersell the opportunity of the international market. Look at the chart where we compare the incremental growth of the U.S. domestic consumption in red and the incremental growth of all the dairy traded internationally in blue. One can see global dairy markets present a greater opportunity for U.S. dairy to grow.

Looking ahead we expect global dairy demand to continue its long-term expansion thanks to 96 percent of the world’s population living outside of the United States. That global population is experiencing increasing incomes and a growing appetite for dairy. Seizing the opportunity to increase share in the expanding international market will enable U.S. dairy farmers to grow at a faster pace than if the United States relied solely on the domestic market.

Exports are essential for dairy farmers across the country, regardless of region or size, because exports support all farmer milk checks.

Fundamentally in the Federal Milk Marketing Order system the milk check is determined by the prices of four products – Cheddar cheese, butter, nonfat dry milk and dry whey. Cheddar cheese and dry whey drive Class III prices; butter and nonfat dry milk determine Class IV prices. Those prices also feed into Classes I and II. So even if a farmer operates in a part of the country where the vast majority of the milk is Class I for fluid milk for domestic consumption, exports are still crucial to that milk check.

That’s because the United States exports most of the nonfat dry milk and whey we produce. In 2020 we shipped overseas 70 percent of U.S. nonfat dry milk and half of U.S. dry whey. Without international customers there would be far more milk powder and dry whey in the U.S. market, which would then significantly weigh down U.S. farm-gate prices – whether a farmer is in California or Georgia.

Indeed even when we export the products that don’t feed directly into the formula, it still supports the milk check. This past year we exported about 70 percent of the lactose produced in the United States and 65 percent of the whey-protein concentrate. If we didn’t have such export options we would have much more sweet whey on our hands, which would push down Class III prices.

Beyond ingredients the United States also shipped overseas 6 percent of the U.S. cheese supply. While that might seem like a small percentage, it still makes the United States the largest single-country cheese exporter in the world. Additionally with new cheese capacity online this year and more planned for the years ahead – combined with more milk being produced – the international market will only become more important to cheese prices and thus farmer milk checks as an increasing percentage of cheese goes overseas.

But in order for the United States to maintain and grow dairy exports during the coming decades, the United States must have adequate regulatory and tariff access to those overseas markets, insights into the threats and opportunities for U.S. dairy, and targeted marketing and communications highlighting the benefits of U.S. dairy exports to global customers. For that we will continue to support our farmers, manufacturers and exports because the end goal is the same – to keep the U.S. industry healthy.