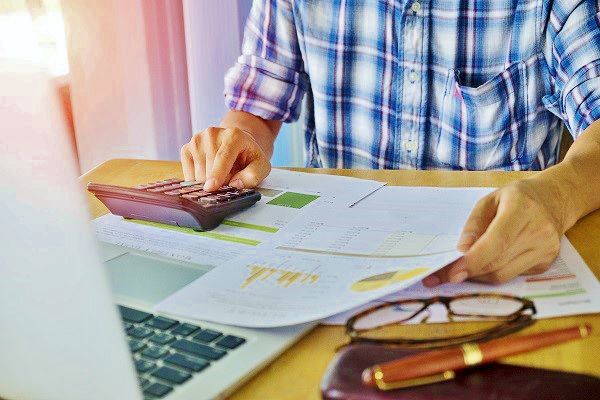 Overall there is a steady if not persistent increase in total farm debt.

This past week we reviewed the U.S. Department of Agriculture’s latest farm-income projections and noted sector-wide incomes are expected to increase again in 2020. Also current projections reflect an increasing trend in farm income since 2016, with levels at more than the long-run inflation-adjusted average.

While all that is positive, farm income is only a single measure of the farm economy. The USDA’s projections also include a look at sector-wide financial conditions. This week’s post considers the continued deterioration in farm debt and working capital.

Figure 2 shows real inflation-adjusted farm debt since 1960 – categorized into real estate and non-real estate. There are several insights that can be gleaned from Figure 2, but in the context of this week’s post consider the trends in each category in recent years. Non-real-estate debt has been mostly unchanged. On the other hand real-estate debt has increased sharply. Since 2010 total farm debts have increased by 28 percent; the vast majority of that increase at 82 percent was real-estate debt. 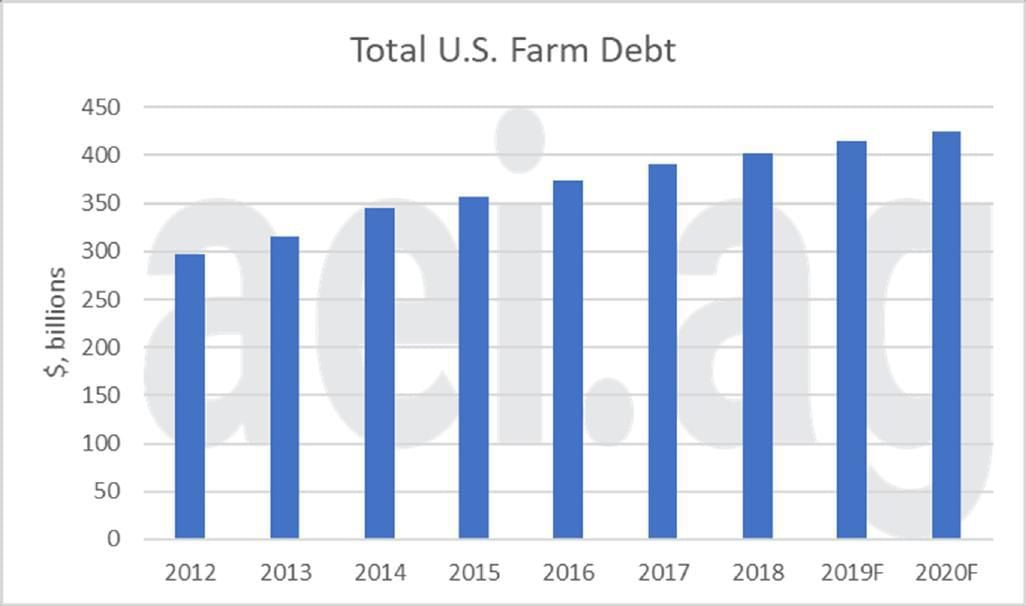 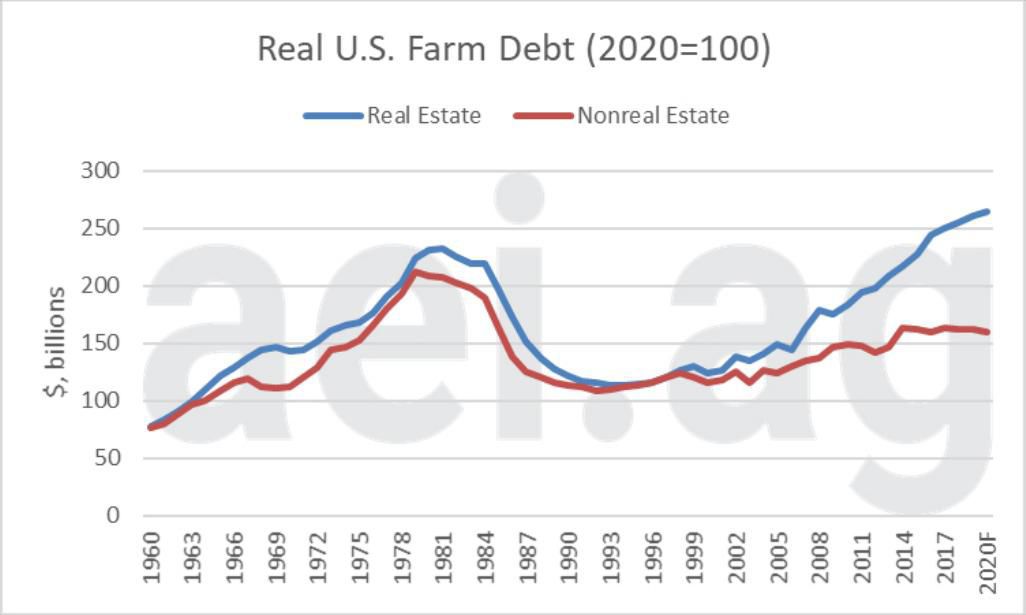 While one could debate the appropriate level of working capital – especially at the sector-level – it’s the trend that’s most concerning. We wonder when working capital will begin to stabilize. 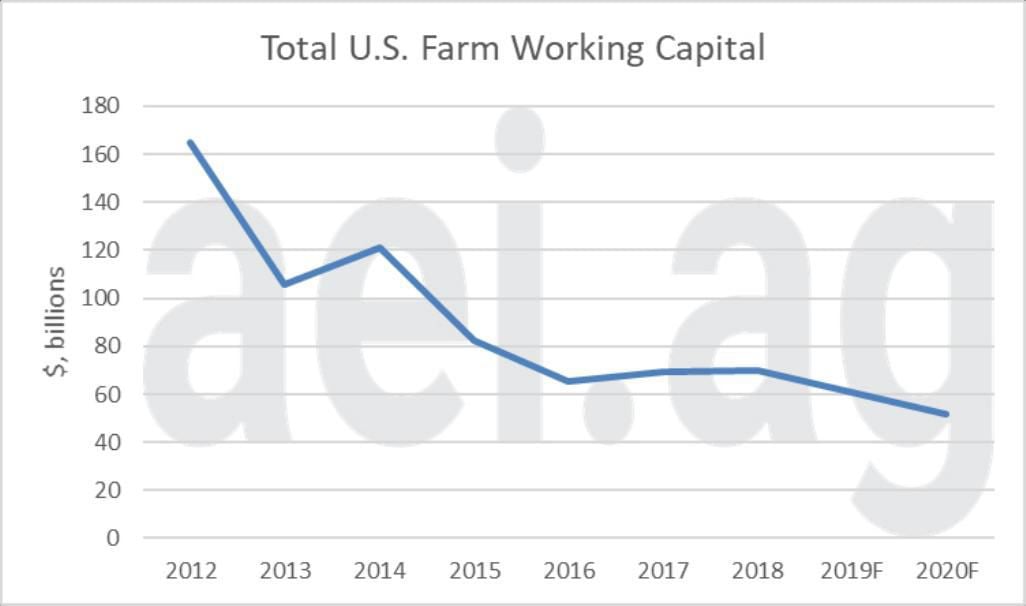 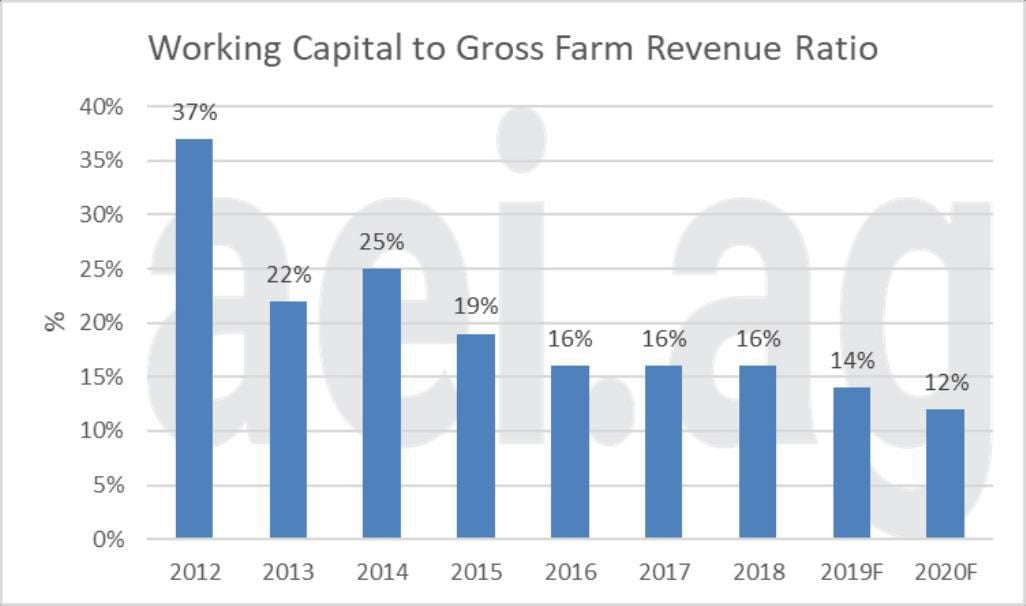 While farm income is increasing, it’s always tricky to use a single measure to fully summarize the state of the farm economy. The trend toward more debt and less working capital points to troubling realities. Producers are utilizing new debt and burning working capital to bridge financial shortcomings. Even though sector-wide incomes as measured by the USDA have tended to increase, producers rely on that income to satisfy other financial obligations such as family-living expense and debt service.

In short, even though farm income has increased – a welcome positive sign – the improvements have likely not been enough to satisfy all financial obligations.